Debate: There’s Anger at AMU Dropping Maududi, Qutb. But Why is Sir Syed’s Islam Not Taught?

The AMU founder’s vision of Islam stands in stark contrast to the political agenda of Islamist thinkers. Why is there is so little space for his thought in the university he founded? 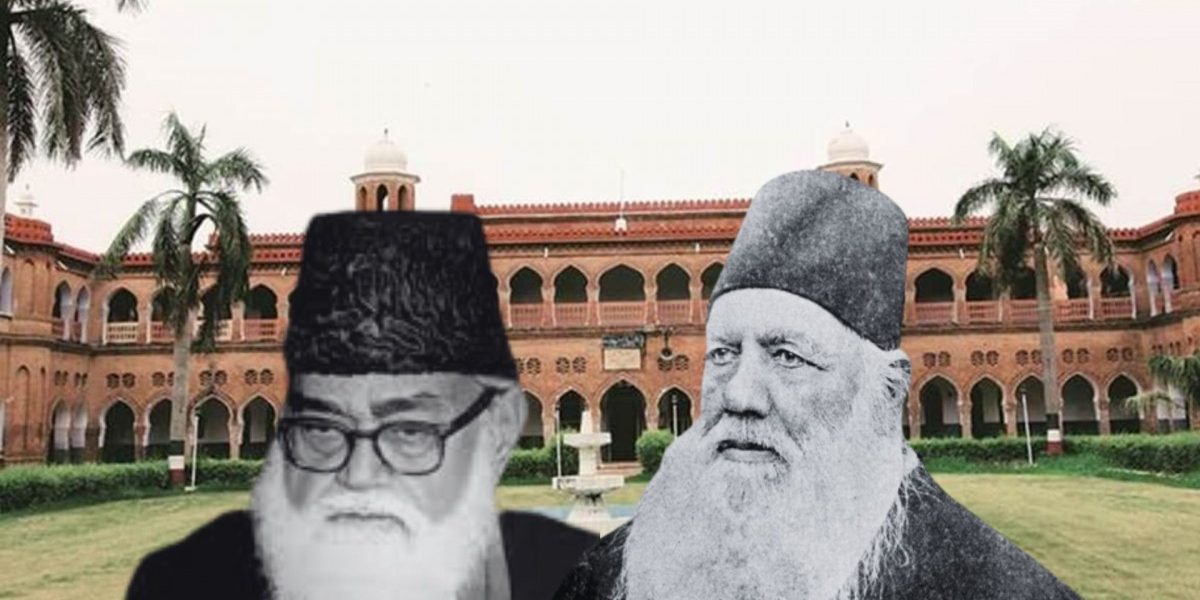 Maududi and (right) Sir Syed. In the background is AMU. Photos: Public domain and the AMU website.

AMU’s decision has also been criticised in these columns by Irfan Ahmed, an Indian professor of sociology who teaches in Turkey.

It’s a truism to say that a university is a place of higher studies where free thinking and contestation of ideas should be the norm. Therefore, at first sight, the removal of a course on any thinker seems rather un-university like. But if one were to look deeper, and examine the ideology and politics behind designing such courses, one cannot help wondering whether these thinkers were made a part of the curriculum in order to develop their critical faculty by exposing them to different strands of thoughts or to indoctrinate students. If the aim was the former, it is worth asking how come AMU buries the religious thoughts and writings of its founder, Sir Syed Ahmad Khan, while Maududi’s thought and ideology is deemed worthy of such academic recognition that an entire course is devoted to him?

Therefore, it is necessary to investigate the reason behind the different attitudes towards these thinkers, even though calling Maududi a thinker is a bit of a stretch despite the fact that he has been the most important ideologue of Islamism or political Islam. Delineating these differences is also necessary because Sir Syed and Maududi are personifications of the ongoing struggle within Islam – between reform and revival, between rationality and dogmatism, between humanism and jihadism – a struggle in which Sir Syed has been losing to Maududi everywhere, including in the very institution that he founded.

Also read: Shun the Hate Letter Signed by 25 ‘Academics’ – Not Books by Maududi

Nothing illustrates the difference between the two more clearly than the never ending saga of Salman Rushdie and the recent attempt to assassinate him, and how most of those who have vented at the removal of Maududi’s course from AMU have kept a discreet silence at the murderous assault on Rushdie. But more of it later.

Both Sir Syed and Maududi remained preoccupied with the political fortunes of Muslims in India. Sir Syed was a realist, a rationalist and a cold pragmatist. His focus was limited to preserving and promoting the interests of his class – the ashrāf – the old Muslim ruling class of foreign origin. He knew that their days were over, and therefore, he would be content with such share in power, with some weightage, as they thought themselves entitled to a pension for having once been the rulers. It was with this purpose that he founded the Mohammedan Anglo Oriental College in 1877, which became Aligarh Muslim University in 1920.

Sir Syed’s realism and pragmatism put him on the path of rationalism, which he applied to reforming religious thought in Islam. Being a staunch believer, he saw a perfect harmony between the revealed truth of the scripture and the natural world. As he elegantly put it, there could be no contradiction between the word of God and the work of God — the former being the Quran and the latter being the natural world. Being a man of reason he wasn’t a religious supremacist, and tried to inculcate a spirit of tolerance and respect for other religions. He wrote the first ever Muslim commentary on the Bible, and repeatedly pleaded with fellow Muslims to stop cow slaughter. Sir Syed’s scientific rationalism in religion had the potential to foster the secular growth of society, and humanise religious thought. 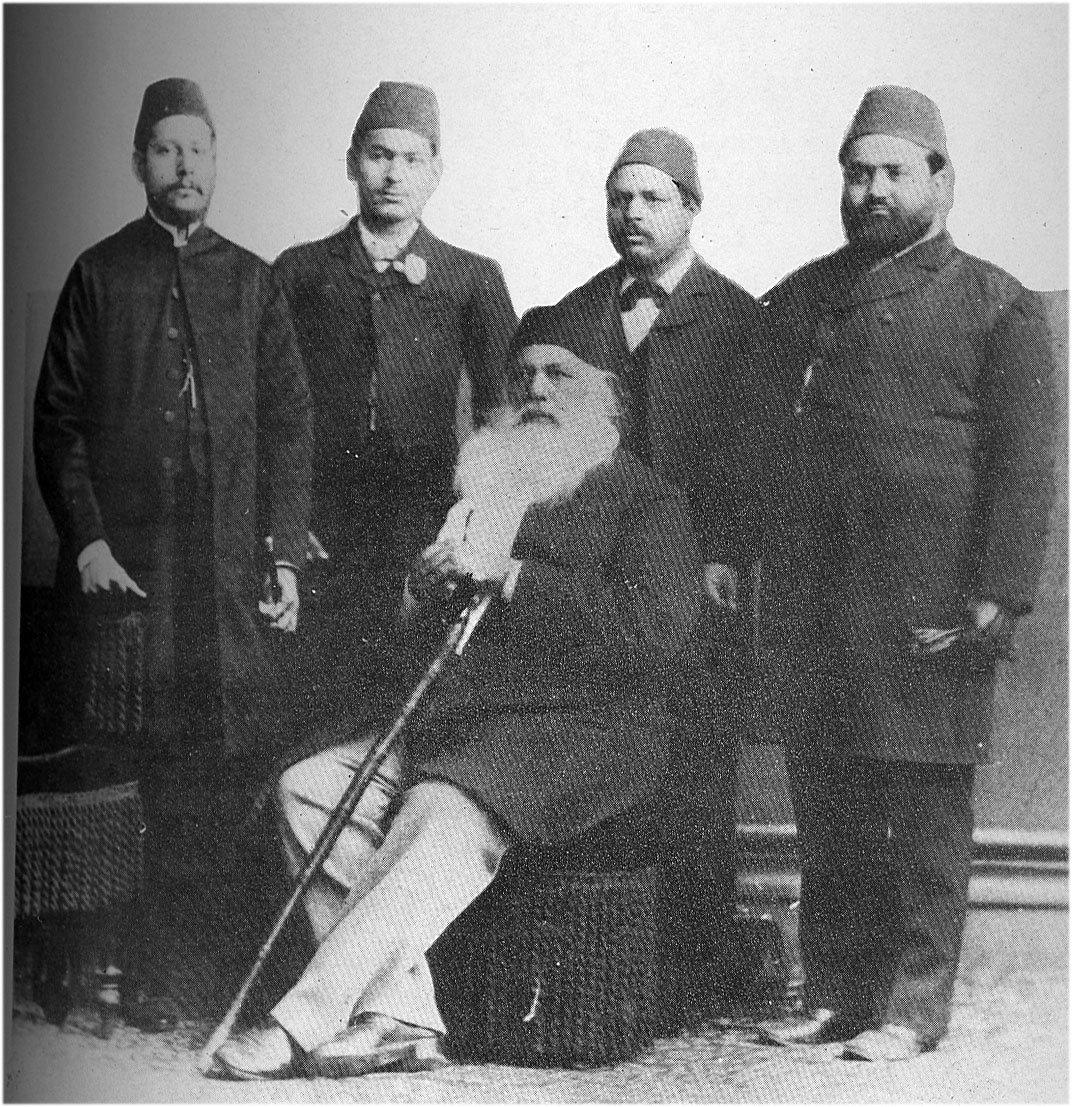 However, nowhere has this attempt failed more miserably than at the institution which he founded. The aborted reformation gave birth to revivalism. Failed modernity led to fake modernisation as the Muslim educated class took to its superficial aspects, just as the 18th century Indian princes had taken to European military technology, without understanding the science behind it.

Whatever Sir Syed’s politics, his Islam was not political. He stood against Jamaluddin Afghani’s Pan-Islamism as he understood that ideological politicisation of Islam would make it more intolerant and violent than ever, and bring it into conflict with the British empire, which would doom the interest of the class he was committed to protect.

As for Maududi, he has been the prophet of political Islam. He is to Islamism what Karl Marx is to Communism. He not only wanted the restoration of Islamic rule in India, but wanted the entire world to be under it. Since reconquest was no longer possible, recourse was taken to dawat or proselytisation. Seeing some ‘decolonial’ aspects in Maududi’s agenda – as Irfan Ahmed does – is either analytical naïveté or a wilful misreading of his literature.

Nile Green, in his book, Global Islam: A Very Short Introduction, clearly traces the continuity of idea from Maududi to Qutb to Khomeini and the Afghan Mujahideen. Both Osama bin Laden and Al Zawahiri have been deeply influenced by Syed Qutb who, in fact, was a channel of dissemination of Maududi’s ideas in the Arab world in particular and the Muslim world at large. Maududi’s followers might feel embarrassed at the excesses of ISIS, Al Qaida or Taliban, but couldn’t point to any fundamental ideological differences with them. If there are any differences in specifics and details between these organisations and Maududian thoughts, they do not amount to anything more than the ones between Tweedledum and Tweedledee.

In the last few decades, across regions and sects, every extremist Islamic movement – whether Islamic State or Al Qaida or Taliban – has drawn direct ideological inspiration from him. He coined the terminology Islamic State, and posited the inseparability of religion and politics. For him the establishment of the Islamic state was a religious obligation, like ritual prayers and fasting, without which Islam couldn’t be practiced in its totality.

Maududi was less a scholar and more an ideologue. His scholarship was limited to transforming Islam into an ideology – that is, into an explanatory program towards a defined political goal. He picked some generic words from the Quran and turned them into specific terminologies to systematise the ideology of political Islam. The novel meanings with which these words were invested had little semantic justification, and no precedence in Islamic scholarship. That he could forge a powerful ideology with no more than a dozen words and phrases redounds to his mental acuity and persuasive ability.

In one of the foundational books wherein Maududi worked out the fundamental concepts and theoretical basis of political Islam, Quran Ki Chaar Buniyadi Istalahen (‘Four Basic Terminologies of Quran’), he imbued commonly understood words such as ilah (the worshipped), rab (the sustainer), deen (religion) and ibadat (worship) with political connotations wherein ilah is the sovereign, rab is the political lord, deen is the political system, and ibadat is conformity to the Islamic political order. He coined the term hukumat-e-Iilahiya, the divine sovereignty, and so contrasted it with popular sovereignty as to delegitimise secular democracy. There are no greater abominations in the Maududian corpus than democracy, secularism and socialism. No wonder the Islamists remain implacably hostile to liberals and leftists.

Every political and economic system that was not based on Maududi’s conception of the Quranic model of state was regarded as taghut (idolatrous profanity) and jahiliyya (ignorance). The latter has a specific meaning in Islamic history. It connotes “the dark age” in Arabia which preceded Islam. Muslim scholars never ever used it for any other non-Islamic entity, epoch, practice or polity. Maududi, however, deployed it for every system which didn’t correspond to his utopian vision of the Medina state under Prophet Muhammad and the Rashidun caliphs. Since nothing could resemble Medina of the Prophet’s times, the entire world was cast in the typology of jahiliyya — most of all, socialist, secular, democratic nationalism. 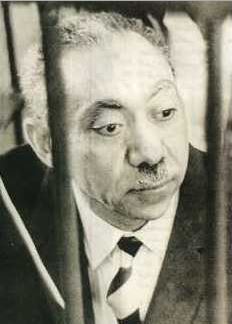 Sayyid Qutb, the ideologue of the Muslim Brotherhood movement of Egypt, has been Maududi’s most influential ideological successor. It was through Qutb and the Brotherhood that Maududi’s ideas spread to the Arab world, and came to be adopted as the ideology of the petrodollar-induced Salafi-Wahabi surge.

Qutb expanded the meaning of jahiliyya to include the Muslim states which had taken to secular nationalism. More crucially, he broadened the concept of takfeer (apostasy) to include those Muslims who didn’t share his vision of the Islamic state. Once declared kafir, they could legitimately be killed. Jihad became an inescapable imperative for the revolutionary establishment of Sharia based government.

Maududi and Qutb’s concepts had their greatest success in Shia Iran, where, in 1979, Khomeini would lead an Islamic revolution of the kind Maududi had first theorized. Earlier, Khomeini had written a book Hukumat-e Islami (Islamic Rule), reprising Maududi’s ideas.

It was Khomeini who, in 1989, issued the fatwa sentencing Salman Rushdie to death. If it was about religion alone, the fatwa should have come, most of all, from Saudi Arabia. The fatwa was a political and ideological act, and we have traced the lineage of this ideology.

That ideology could not be most dissimilar to what Sir Syed Ahmad Khan espoused. William Muir, an Orientalist and colonial administrator, had written a book, The Life of Mahomet, in which, on the basis of information culled from the source books of Islamic history, he made snide remarks about Prophet Muhammad. Sir Syed’s way of responding to him was reasoned, rational and academic. After painstaking research, he produced a voluminous book which set at rest all the issues raised by Muir.

Nothing illustrates better the difference between Islam the religion and Islam the politics than how Sir Syed and Khomeini responded to the discourse of “ insult” and “hurt sentiment”.

It is right to question and criticise AMU for removing a course on Maududi and Qutb. Universities should not be censoring thought. But surely we also need to be worried about the de facto censorship of Sir Syed’s thoughts and his approach to Islam in the institution he founded.

Ibn Khaldun Bharati is the pseudonym of a writer whose employer’s policies on publications do not allow him to use his real name. He tweets at @IbnKhaldunIndic.