Hinduism claims that it is not a proselytising religion, and the current dispensation says it abhors religious conversion. However, this tangled mind-game of who converted who and when is futile. 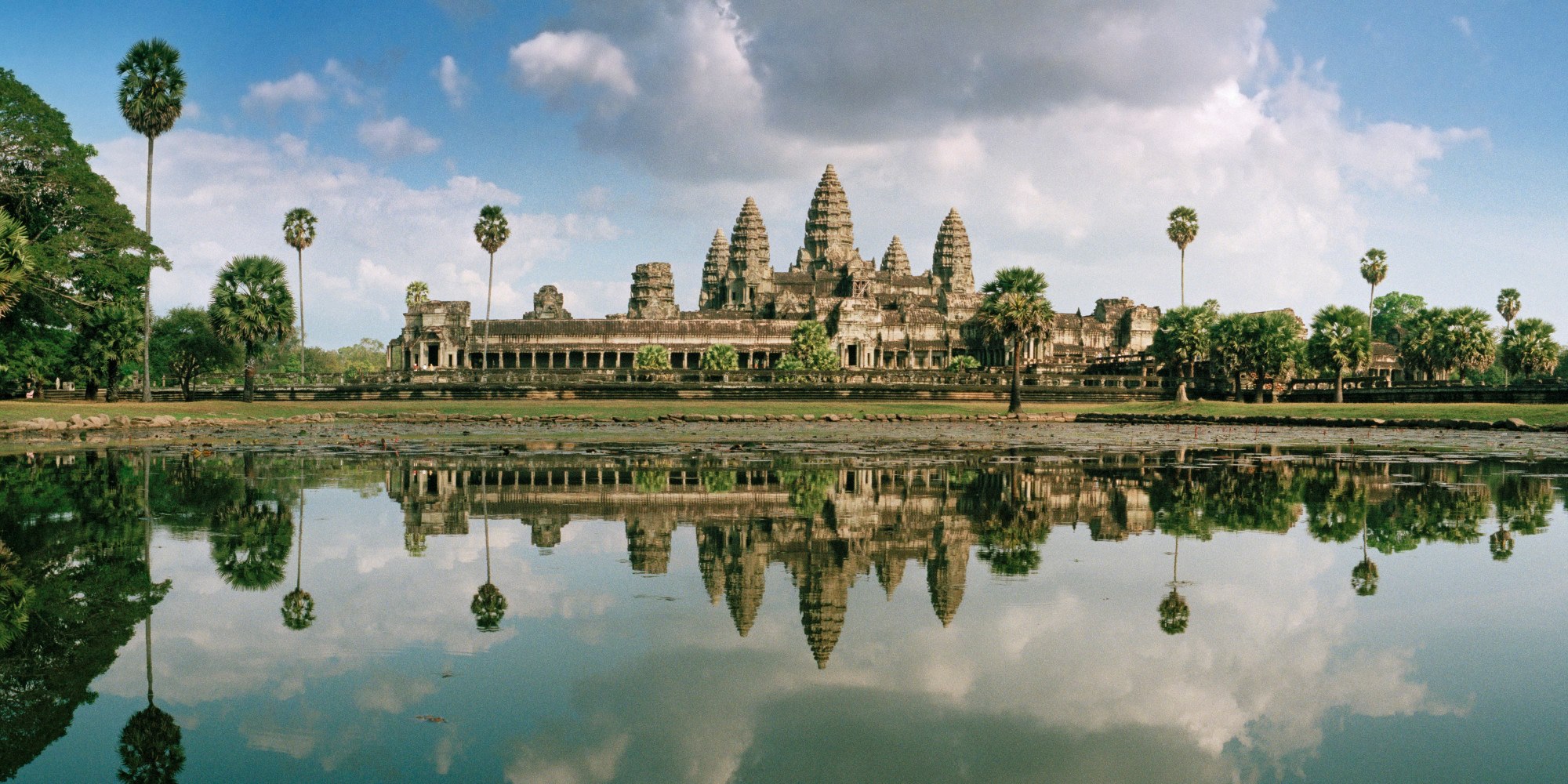 Angkor Vat in Cambodia is a temple complex. Originally constructed as a Hindu temple, it gradually transformed into a Buddhist religious site. Photo: Wikipedia.

When Prime Minister Modi addressed a highly publicised meeting in Bali recently and remembered ever so fondly that Indians from Odisha had gone to Bali several centuries ago to spread “Indian civilisation”, he was actually admitting more than he meant.

By civilisation, he was obviously referring to Hindu-Buddhist values, religion and deities, and history tells us how several Hindu deities became immensely popular in Southeast and East Asia. Among them were Shiva Brahmā, Viṣṇu, Hari-Hara, Rama, Gaṇeśa, Skanda, Nandi, Garuḍa  and even Bala-Krishna.

Archaeology points to abundant evidence in Indonesia, Thailand, Cambodia, Laos and Vietnam, in the form of awe-inspiring temples and sculptures, like those at Prambanan, Angkor Wat, Siam Reap and Bali. With a little effort, we would find Hindu deities scattered all over the eastern hemisphere. In Japan, Saraswati arrived in the 6th century, with many other Vedic and Puranic deities.

Saraswati was very popular in the middle ages as one of the Seven Gods of Fortune. She is called Benzaiten from her Chinese name Bian-Chaiten and there are still temples to her in Kamakura, Nagoya and even Tokyo, where she is seen playing a Biwa, a traditional Japanese stringed musical instrument.

Ganesh is also worshipped as Shoten, and many claim that the oldest Ganesha temple in the world is the thousand-year-old Matsuchyama Shoten in Tokyo. Even Korea officially claims an ‘Ayodhya’ connection.

Hinduism and Buddhism in Southeast Asia

The question that arises is disarmingly simple: Did people from Southeast Asia or Japan arrive in shiploads to India to be ‘converted’, or did Indian priests and monks go there to ‘Indianise’ them?

We are using soft diplomatic terms, but what we are actually referring to is conversion to Hinduism which was either through one or the other of its popular cults during the ancient period or through Buddhism.

Where Buddhism is concerned, we have absolutely no problem, as it was a proselytising religion – blessed with a very active and organised Sangha. It went about preaching the sermons of the Buddha and accepting new converts into the fold – in India and all over Asia.

But unlike Buddhism, Hinduism claims that it is not a proselytising religion, and the current dispensation here is uncompromising that it abhors religious conversion. How, on earth, did Hindus from India then convert so many tens of thousands and more in Asia, for over a long period of a millennium?

In his Hindu Rituals in India and Bali, Balinese Historian, Ni Wayen Pasek Ariati, reiterates that Hindu culture came from the mainland of India during the first millennium CE, “when Buddhist monks and priests of the Shaiva form of Hinduism joined the voyages of seafaring merchants who traveled to and from the archipelago as part of the trading networks”. 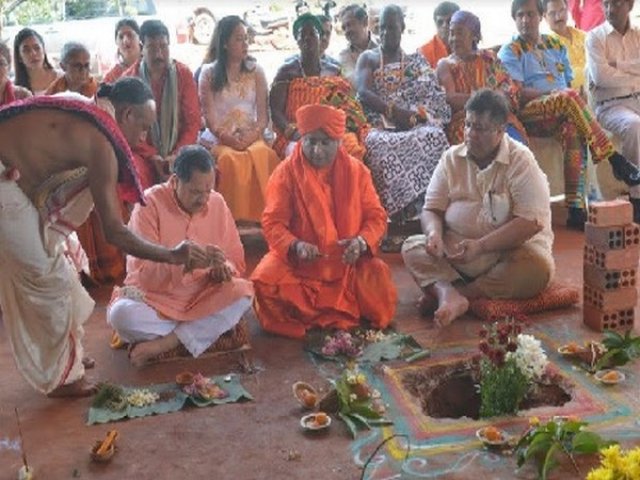 In fact, Prime Minister Modi’s reference to Odisha’s ancient trade links with Southeast Asian islands like Java, Sumatra and Bali (Suvarna-Dipa) mentioned the annual celebration of Bali-Jatra or voyage to Bali in Odisha. A major component of this is the boat festival (Boita Bandana) which is remarkably similar to the Masakapan Ke Tukad festival of Bali and to the Loi Krathong festival of Thailand, where also model boats are ritually set afloat.

We are left with no option but to admit that conversions were, indeed, made by enterprising Hindus from India in other Asian countries, at least in those centuries gone by. And, conversions do not necessarily need to follow the ‘baptism model’ of Christians of being taken into the new religion on a  specific day through a public ceremony. Conversions have often happened rather slowly and subconsciously, through a process of acculturation.

In his The Rise of Islam And The Bengal Frontier 1204-1760, Richard M Eaton has proved precisely this, that it took centuries of coexistence and influencing by Islamic preachers and Pirs to finally prevail upon the local populace of Bengal to move in large numbers to Islam, that too, in slow stages.

But whether on fast-forward mode or in slow motion, conversion from one religion and culture to another constitutes proselytisation, by whatever name we call it. Interestingly, those who convert seriously believe that they are elevating the new entrants and are actually doing an invaluable favour by rescuing their souls from hell.

But then, one may argue that the other Asian communities were simply too charmed by Hinduism (and Buddhism) and may not have required the type of exertion that missionaries give nowadays. Notwithstanding the reason or the provocation or the attraction, the ‘crossover’ to the Hindu mode of life is itself tantamount to conversion, as it is for all such crossovers to other religions.

‘Crossovers’ to Hindusim in India

And, interestingly enough, Hinduism has added its followers through similar crossovers not only overseas but in the Indian mainland also, for centuries on end. Those who were originally followers of different ancient creeds, anismism, spirits and ghosts or folk religions and thus outside the pale of Hinduism – which itself was never static, but forever in a state of churn –  were drawn towards the mainstream religion over several centuries of interaction, until they were finally absorbed into it.

Their gods and goddesses were accommodated into the Hindu pantheon, however odd or ferocious they be, as exemplified by, say, the Mangal Kavyas of medieval Bengal. The frightening and malicious snake goddess, Manasa, found her place as Shiva’s daughter as did the tempestuous Mangal-Chandi. 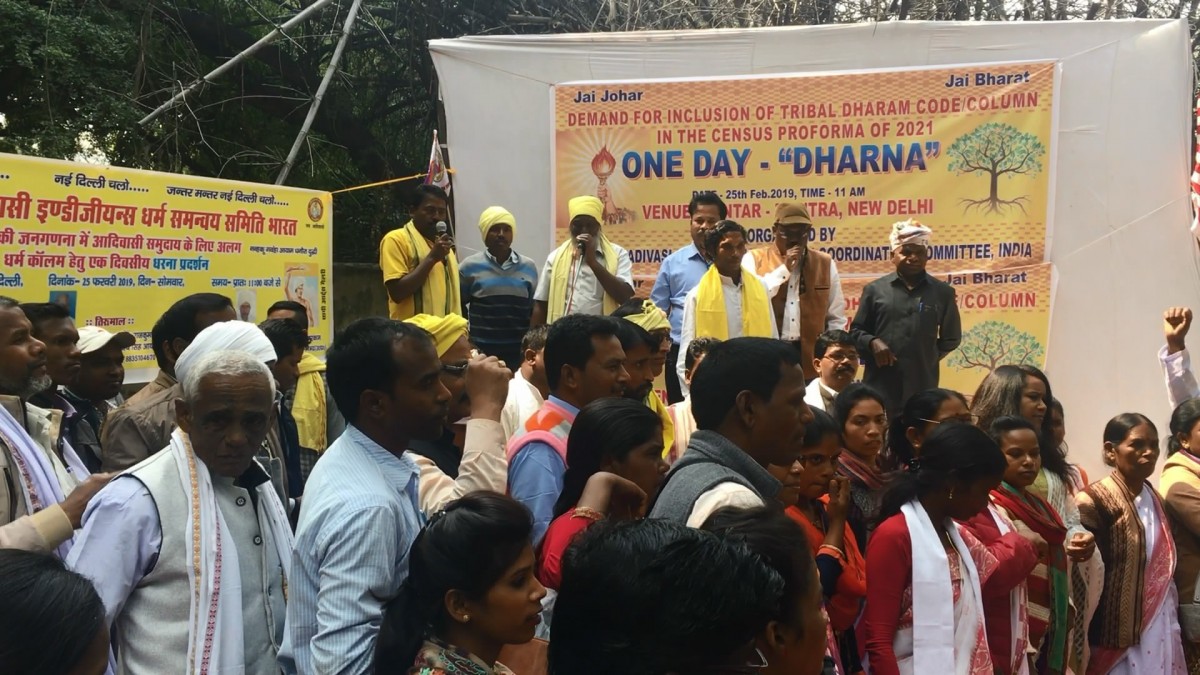 Surely, similar processes ensured that all marginal folk were taken in and every minor local deity was eventually related to Shiva, Vishnu or the Devi, through some legend or the other. We can let this entire process of absorption that involved the deliberate appropriation of local gods and cults pass off under the ever so benign term, ‘Sanskritisation’ — for we do not wish to quarrel.

But then, what about the remarkable aboriginal tribes of India that stood out so clearly with their evolved culture, beliefs, rituals and self-respect?

The first census of 1872 classified some five million “aboriginal tribes and semi-Hindooised aborigines” as quite distinct from Hindus. This was quite large a number as Christians then totted up to just 900,000, and Buddhists and Jains constituted 2.8 million, while Sikhs were 1.2 million.

This aboriginal group had been surrounded and overwhelmed for millennia by more dominant Hindus but had stubbornly held on to their original gods, rites and beliefs. They had (and many still have) their own religions and deities like called Marang Buru, Gondi Koya Punem, Adi and Sarna, but in just one century, censuses classified most of them as Hindus.

British era Censuses had always provided a separate column to be counted as ‘tribe’, ‘aborigine’ or ‘others’, which continued for several decades after Independence. It was silently deleted in recent years, leaving most among these communities with no option but to be classified as Hindus. This conferred on them the benefits of reservation in employment and education, which were attractive. Whether this process constitutes conversion or whether it is just assimilation is more than just a matter of semantics.

The reason for raising this issue is to highlight that “increasing one’s numbers” has also been a trait in all religions, and surprisingly, Hinduism is not an exception.

True, it has surely been less pronounced in Hinduism which does not send out missionaries. But the moot point is: Do we really need to tear our hair if a handful or more are weaned over to some other religion?

Among Santals, for instance, Hindus account for a majority (63%) at present, but folk religions (Sarna Dharam) are practiced by 31%, which is fairly high, while 5% is Christian. Thus, when Salkhan Murmu, a tribal leader of Jharkhand and Odisha who has been an MP twice over says “we Adivasis are neither Hindus nor Christians”, he has a point.

“We have our own way of life, religious practices, customs, culture and religious thoughts, different from any other religion,” he insists, even as he emphasises that they worship nature and not idols and do not practice casteism.

In February this year, Hemant Soren, a tribal, who is the chief minister of Jharkhand, said at Harvard University that “there is no confusion that Tribals were never Hindus. Tribals are worshippers of nature and have a separate set of customs and practices.” He insisted on a separate column for tribal religions in the next census. The Sangh Parivar vehemently disagrees that Vanvasis, as they call them, are separate from Hindus.

H.M. Seervai, a constitutional law expert, called this judgment “productive of great public mischief” as it is dicey to say where propagation ends and conversion begins. The whole subject is much too complex for emphatic denials that Hindus have never converted or for simple allegations that missionaries are forever up to mischief or even that other conspirators conjure newer and newer methods of jihads.

India has survived and prospered through several millennia of provocations and challenges mainly because it has never jumped to extreme conclusions. This tangled mind-game of who converted who and when it is more is just futile – it is a minefield full of pride, prejudice and murderous boobytraps.

Jawhar Sircar is a former IAS officer, now an MP of the Trinamool Congress, whose research is on religion and politics.