In conversation with Father Augustine Vattoli, a priest under the Ernakulam-Angamaly Archdiocese and an activist, about the case involving Bishop Mulakkal and the larger issues afflicting the Church. 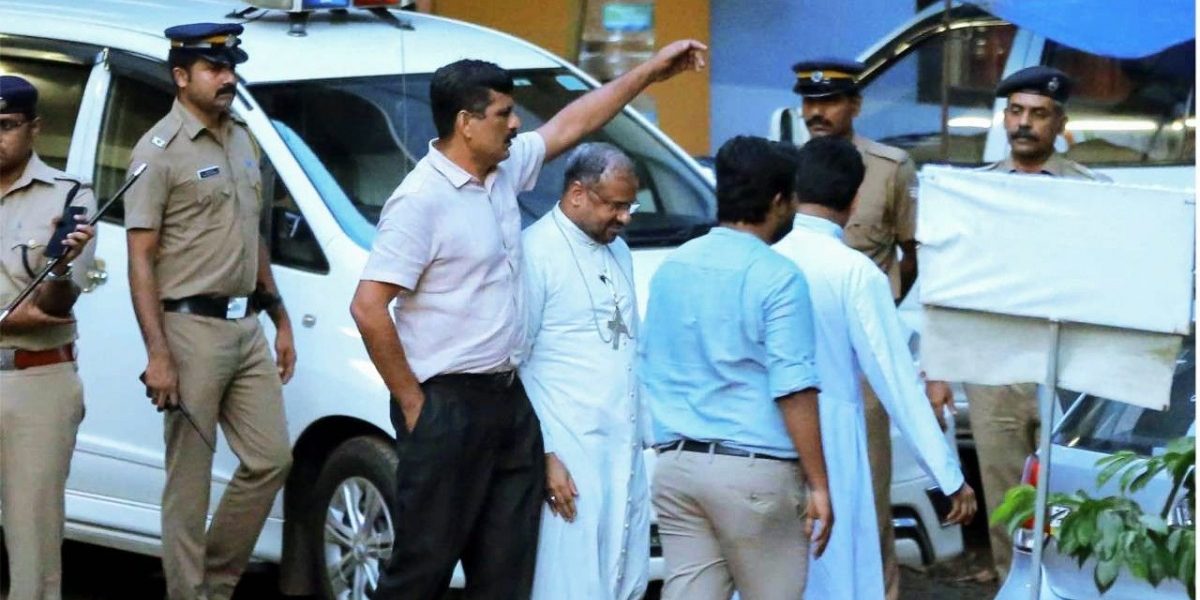 Father Augustine Vattoli, the convener of Save Our Sisters (SOS) movement, is an outspoken priest of Ernakulam-Angamaly Archdiocese (of the Syro-Malabar Catholic Church). It was the SOS that extended support to the fortnight-long protest at Vanchi Square of five nuns demanding the arrest of Bishop Franco Mulakkal.

Father Vattoli also led a section of the clergy seeking accountability from Cardinal George Alencherry, the Major Archbishop of the Syro-Malabar Church, following a land scam involving him, which resulted in the Vatican stripping him of his administrative powers (while retaining him as the Major Archbishop). He has been advocating further democratisation of the Catholic Church to give the laity more prominence and say in the affairs of the Church.

The Wire caught up with him soon after the arrest of Bishop Franco to talk about the case and the larger issues afflicting the Church.

Although Bishop Franco is under arrest now, it was a long time coming. Do you think it is the pressure sustained through the fortnight-long protest by nuns that ultimately led to the arrest of Bishop Franco? What do you make of the CPI(M) state secretary’s statement that the protest was unnecessary and has the blessings of anarchists and communal elements?

Of course, it’s the pressure sustained by the nuns through the public protests that ultimately forced the hand of the state. The case had been in the cold storage and the police erred in not arresting Bishop Franco earlier. It’s distressing that the CPI(M) state secretary would make such a statement. He shouldn’t forget his party’s legacy of protests. 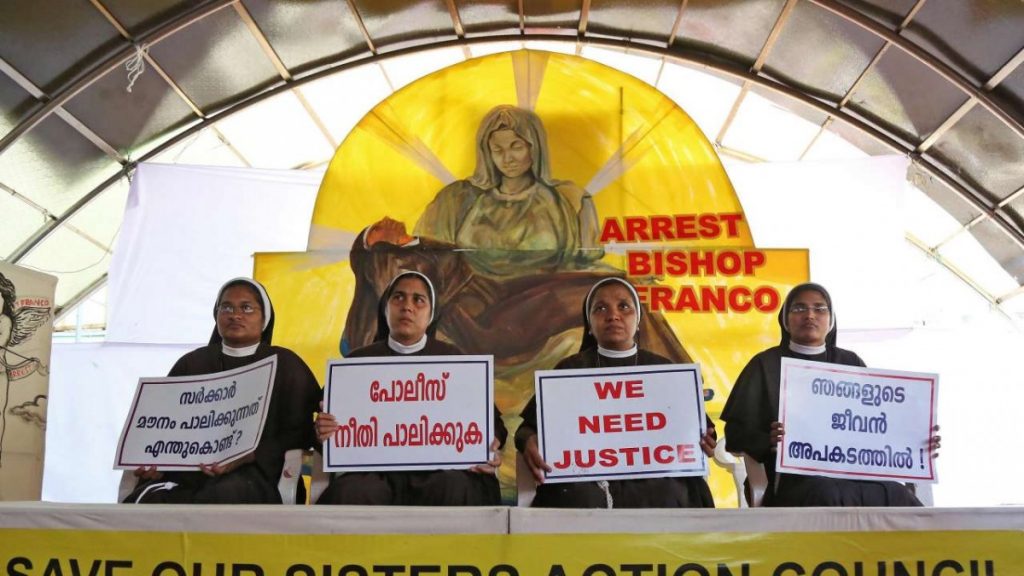 Is the state government scared to act against church representatives?

Political corruption and nexus between the church and the political class is a universal phenomenon. Also, it is to do with vote-bank politics. Bishop Franco’s power and position is what led to the delay in his arrest and the slow-paced investigation despite a criminal law amendment that mandates rape cases to be fast-tracked. 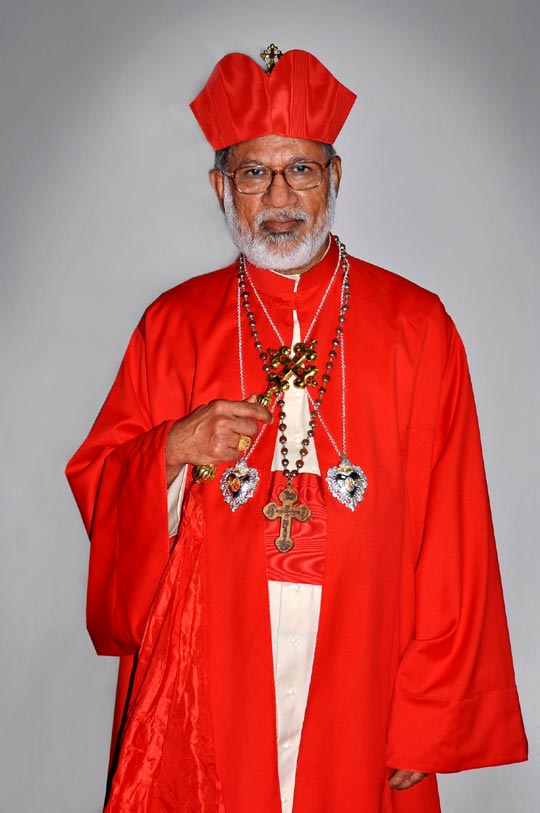 Why do you think Cardinal Alencherry and other bishops kept mum on the issue? The Kerala Catholic Bishops’ Council (KCBC) had issued a statement that sounded like a defence of Bishop Franco.

With the land deal scam culminating in the Vatican stripping Cardinal Alencherry of his administrative powers (by appointing Bishop Jacob Manathodath as the Apostolic administrator), the Cardinal has become a lame duck. He is on a sticky wicket himself as the administrator is mandated to submit a report on the land deals. It’s not surprising at all that he isn’t speaking. The statement of the KCBC was a joke. What else can I say?

You were one of the strong voices demanding accountability when the land scam involving Cardinal Alencherry was out in the open.

Bishop Franco and Cardinal Alencherry’s cases are just the tip of the iceberg. The Ernakulam-Angamaly Archdiocese has a debt of Rs 95 crore today. Only swindling of money can lead to such a massive scam. Cardinal Alencherry didn’t consult even the two auxiliary bishops before he took the decision to sell off five prime plots. Where is the collegiality? Where is the consultation? It isn’t as if he inherited it. This is public money belonging to the people that make up the church, not just Catholic believers. Look at the Edappally Church, people of all faiths donate money there.

Was Bishop Jacob Manathodath’s appointment (as Apostolic Administrator sede plena of the Archeparchy of Ernakulam-Angamaly of the Syro-Malabar Church) one of the factors that empowered some of the priests in the Archdiocese to openly support the nuns? This is quite unheard of – the unprecedented public protests by the nuns as well as the support they received from a section of the clergy in the Archdiocese.

The priests of our diocese have always stridden a different path. It’s sad and tragic that none of our bishops chose to speak about it. In the Study of History, scholar Arnold Toynbee had noted that 19 of the past 21 great civilisations of the world were not destroyed from without but rather were destroyed by moral and spiritual decadence from within. Bishop Franco is a symptom of the decay of the Church. This system has to be changed. This structure has to change. There has to be greater democracy.

Do you mean lay people have to be given more prominence in the Church, specifically on administrative matters?

What do you mean by lay people? It’s humbug to qualify believers as laymen. I am a layman in computer science. Unless and until there is a collegial level of activity and as long as power remains concentrated, such issues will certainly arise. Look at Pope Francis. He keeps consulting the C9 Cardinals for taking decisions. They meet every three months. (Pope Francis had appointed a group of Cardinals – known as C9 – to serve as his advisers a month into his term as the Pope in 2013). There is a need for reformation and renewal. Pope Francis emphasised he would favour a Church which is poor and for the poor. Why do the people under him covet material power then? There is concentration of power and concentration of wealth in the Kerala church and that’s dangerous. 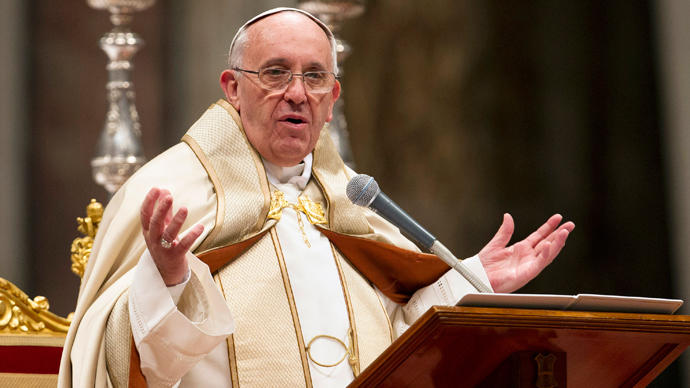 There is a section of the Church and the laity in Changanassery, Pala and Kanjirappally who allege Cardinal Alencherry was trapped. Was he a victim of liturgical factionalism?

Is there any connection between land deals and liturgy? Does it have anything to do with traditions? What has liturgy got to do with land mafia and black money? Why did the Cardinal associate himself with shady people? It is true that there has traditionally been a division between the faction led by the Changanassery Archdiocese and the Ernakulam-Angamaly Archdiocese. However, it is strictly on liturgical issues.

Do you think it’s sufficient for Cardinal Alencherry to be stripped of administration while continuing to remain the Major Archbishop and head of the Syro-Malabar Church or should he also stand trial in a civil suit in a court of law?

You might have heard of the Vatican bank scandal. What did the Pope do? Did he protect the accused? Pope Francis did the same thing when he was the cardinal of Buenos Aires. The Archbishop too should face a trial and be prosecuted under the law of the land. But I doubt whether the state would dare to act against him.

Now that Bishop Franco has finally been arrested, what is your further course of action?

We shall collectively decide how to go about seeking justice. Personally speaking, I have been an activist for more than ten years now. I have not held the responsibility of any parish post-2007. I shall continue with my activism.