Hindu Trust, Accused of Labour Violations in US, Once Filed Case Against Temple Entry for Dalits

After India introduced laws prohibiting temples from denying entry to Dalits, the Bochasanwasi Shri Akshar Purushottam Swaminarayan Sanstha went to court to keep 'non-Satsang' Dalits out of its places of worship. 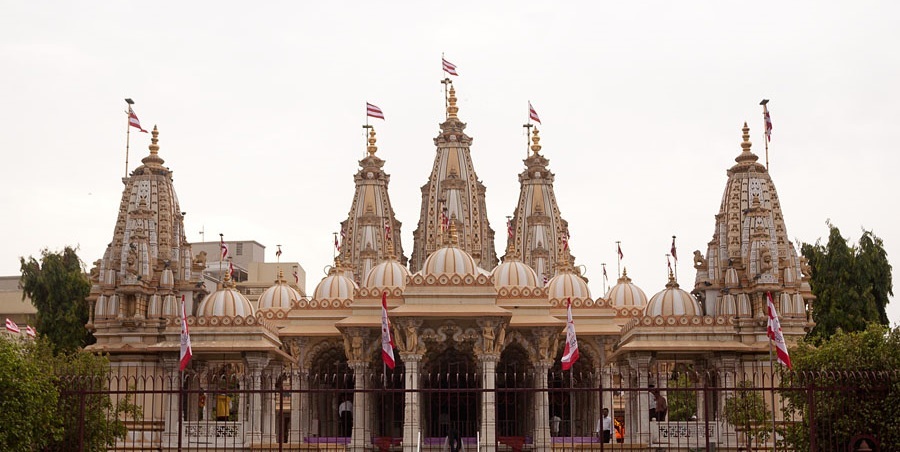 New Delhi: The organisation facing a suit in the US for violating labour laws by underpaying workers engaged in the construction of a temple in New Jersey – many of them Dalits – was also involved in a controversial court case in India seven decades ago that sought an injunction preventing non-Satsangi Dalits from entering the Swaminarayan temple in Ahmedabad.

On Tuesday, the New York Times reported that the Swaminarayan temple in New Jersey, run by the Bochasanwasi Shri Akshar Purushottam Swaminarayan Sanstha (BAPS), has been accused of taking a large number of stonecutters and other construction workers from India by falsely classifying them as religious workers and volunteers and then making them work there at a tenth of the prescribed minimum wage.

The sprawling temple premises in rural Robbinsville, where massive expansion work is underway, was on Tuesday visited by Federal Bureau of Investigation agents. The team reached the complex after a complaint was filed in the US District Court in Newark on behalf of over 200 Indian construction workers accusing the temple of “shocking violations of the most basic laws applicable to workers in this country, including laws prohibiting forced labor”. Many of these workers are Dalits, the suit says.

Many decades ago, on January 12, 1948, the followers of the Swaminarayan sect, which was then led by Shastriji Maharaj – the founder of BAPS – filed a suit in an Ahmedabad civil court seeking an injunction against Muldas Bhudardas Vaishya, who was the president of the Maha Gujarat Dalit Sangh, from entering the temple.

Vaishya had intended to assert the rights of non-Satsangi Harijans (as Dalits were referred to then) to enter the temples of the Swaminarayan sect, which had just received legislative sanction with the passing of the Bombay Harijan Temple Entry Act, 1947. Every temple to which the Act applied was required to be open to Dalits for worship, in the same manner and to the same extent as other Hindus in general.

The Swaminarayan sect contended that the temple of Sree Nar Narayan Dev of Ahmedabad and all the temples subordinate thereto are “not temples within the meaning of the Act”. They contended that the Swaminarayan sect represents a “distinct and separate religious sect unconnected with the Hindus and Hindu religion”, and as such, their temples were outside the purview of the Act.

The trial court granted the said declaration and injunction in September 1951, with the judge coming to the conclusion that it had not been established that the temples were used by non-Satsangi Hindus as places of religious worship by custom, usage or otherwise, and consequently did not come within the meaning of the word “temple” as defined by the Act.

An appeal was filed by the state of Bombay and Vaishya, as the original defendant number 1, before the Bombay high court. In its 1958 judgment, the high court reversed the trial court’s decision, upholding the rights of people of all castes – including Dalits – to enter these temples. By the time the high court verdict was arrived at, the Bombay Harijan Temple Entry Act, 1947 was subsequently repealed and replaced by the Bombay Hindu Places of Public Worship (Entry Authorisation) Act, 1956.

The high court heard the appeal in March 1957 and issued a remand to the trial court to record a finding on whether the Swaminarayan temple at Ahmedabad and the temples subordinate thereto were Hindu religious institutions within the meaning of Article 25(2)(b) of the constitution. The trial court returned an affirmative finding on this issue and the appeal was then argued on the merits.

In the case, two points raised on behalf of the Swaminarayan sect were: (1) that the Swaminarayan Sampraday was a religion different from the Hindu religion, and (2) even assuming that the followers of the Sampraday were Hindus by religion and the suit temples were Hindu religious institutions, within the meaning of the Bombay Hindu Places of Public Worship (Entry Authorisation) Act, 1956, that Act would be ultra vires Article 25(1) of the constitution of India and, therefore, BAPS would be entitled to the reliefs claimed by them.

However, the high court allowed the appeal and the Swaminarayan group’s suit was dismissed with costs, observing, “This oral evidence does not, in our opinion, establish that Swaminarayan Sampradaya is a distinct religion from Hinduism.”

The court said that the essence of the teachings of Shikshapatri, the religious text of the sect, is based on the Hindu religion. “Shikshapatri mentions Shri Krishna as Ishta Dev (tutelary deity) of the Sampradaya and other Hindu Gods, like Vishnu, Shiva, Ganapati, Parvati and Surya, ere mentioned as fit to be worshipped. The four castes of Hinduism, namely, Brahmins, Kshatriyas, Vaishyas and Sudras, are recognised,” the court said.

During the course of this case, the court also recorded, “The main temple of Nar Narayan at Ahmedabad contains below the dome Hindu idols.”

Crucially, the evidence presented before the high court also showed that Hindu non-Satsangis, except Dalits, have “freely visited and worshipped the idols in this temple without any let or hindrance whatsoever”.

The bench observed that the sect had laid considerable stress on the fact that persons belonging to other religions – such as Muslims and Parsis –have been initiated as Satsangis and have been admitted to the Swaminarayan fold. “[I]t is contended that a Sampradaya which admits persons professing other religions cannot be regarded as Hindu religion,” the court noted.

The judges however said that this contention fails to take into account the fact that these persons of other religions who have been initiated as Satsangis “have thereby admittedly not ceased to belong to their own religion”.

“If that be so, it cannot be argued that the overwhelming majority of Hindus who have joined the Swaminarayan Sampradaya have alone forsaken Hindu religion, as is sought to be made out before us,” they concluded. 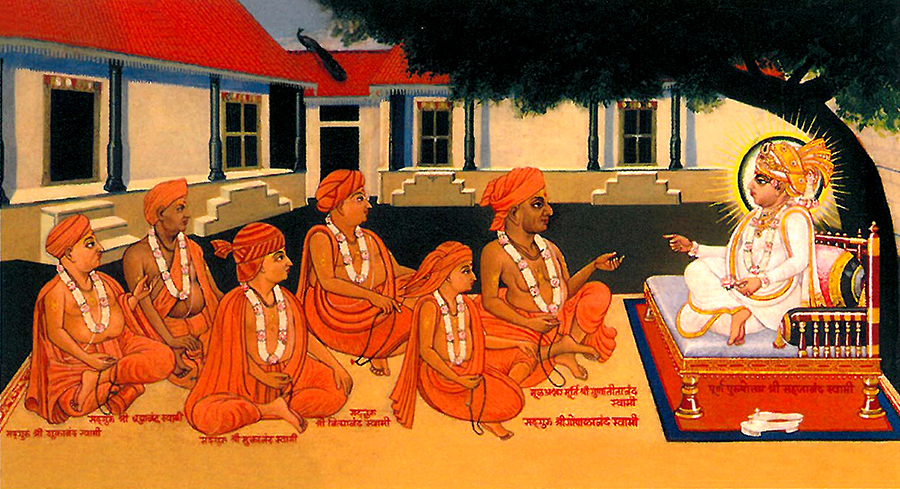 The court, allowing entry of all people into the temple, said:

“Even assuming that these temples are mainly used by Satsangis and are for their benefit only, the fact that an overwhelming majority of the Satsangis are Hindus by religion and use these places for the purpose of religious service and for offering prayers therein should make these temples places of public worship within the Act; and, if that be so, under Section 3 of this Act notwithstanding any custom, usage or law for the time being in force, they would be open to Hindus generally including Harijans and no Hindu of whatever section or class can in any manner be prevented, obstructed or discouraged from entering these places of public worship or from worshipping or offering prayers therein.”