Over a hundred Individuals have condemned Vedanta's sponsorship of JLF, London, expressing “solidarity with the communities suffering pollution, oppression and displacement" as a result of its operations. 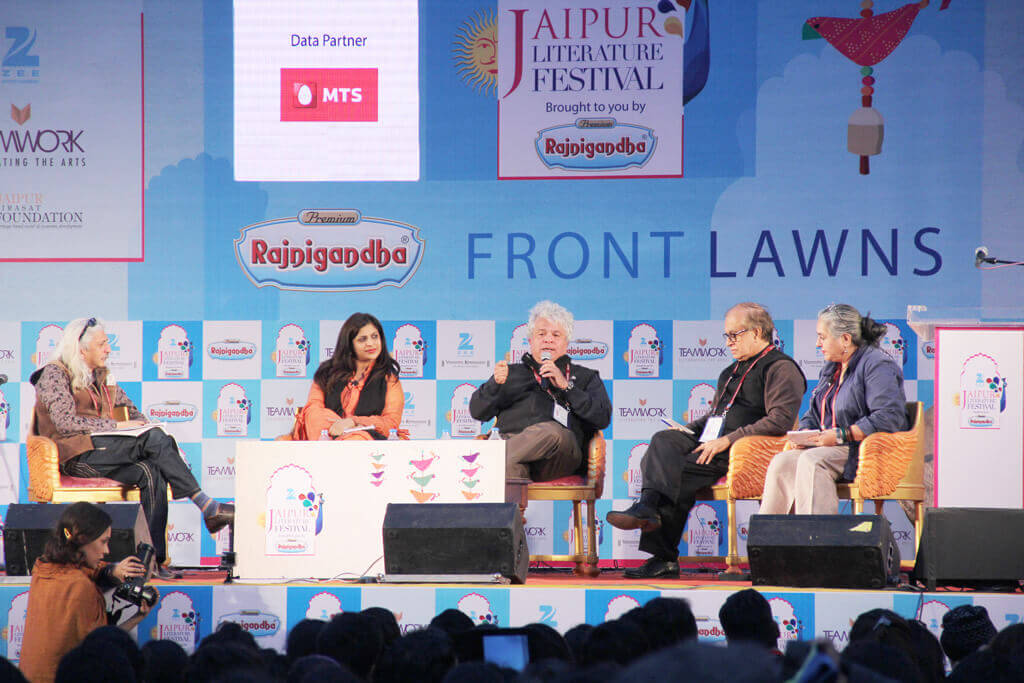 New Delhi: On May 21, writers, academics and others plan to gather at Southbank London, to protest the Jaipur Literature Festival (JLF) London, for receiving sponsorship from Vedanta Resources, the controversial British mining company with operations in India, Zambia and Australia.

According to the ‘Boycott Vedanta JLF London’ Facebook event page, the protest will target “Vedanta’s shameless PR campaign through the sponsorship of Jaipur Literature Festival, London” and express “solidarity with the many communities suffering pollution, illness, oppression, displacement and poverty as a result of Vedanta’s operations.”

The protest follows an open letter, signed by over a hundred writers, academics, professionals and students, urging participants of JLF London to boycott it.

On May 19, writer and broadcaster Aarathi Prasad and Malayalam and English poet K. Satchidanandan pulled out of the festival as a result of the letter.

Vedanta’s mining operations have met with repeated criticism for being unsafe and aggressive towards local peoples and environments. In particular, individuals and groups, including Amnesty International and Niyamgiri Suraksha Samiti, have condemned Vedanta’s treatment of the Dongria Kondh tribe and the region around the Niyamgiri hills in Odisha where they have lived for generations.

Vedanta has consistently denied allegations of environmental pollution and human rights violations. It has claimed to be working to benefit the lives of millions of people through its various corporate and social responsibility programmes.

In response to the open letter, Sanjoy Roy, managing director of Teamwork Arts, which produces the festival, said in a statement:

“While we appreciate the concerns of those who have posted the open letter, we remain an open platform that allows for free thought and expression. Our strength continues to be our programming, the speakers and the quality of free and frank discussions that JLF brings to audiences. Our sponsors do not influence these choices nor have a say in our content.”

Writer Kavita Bhanot, however, questions JLF’s self-description as an “open platform” for “free thought and expression,” no less because of the “hypocrisy” apparent in such a venture receiving funding from a company accused of violating human rights, but also because of what she calls the “colonial core” of the festival.

She points to descriptions of the festival on its website as “a creative caravan of writers and thinkers” that will “bask in the colourful ideas of Jaipur,” and by one of its founders William Dalrymple as “a chance to enjoy early summer in Britain, escaping the heat in India,” claiming that these are fundamentally and problematically colonialist in character and that the festival is thus based on such a colonialist engagement with India’s literatures, cultures and peoples.

According to Bhanot, the festival’s choice of sponsorship this year, but also in previous years (which has included Shell and Coca Cola), raises questions about “whose freedom of speech” it allows, and about its very legitimacy and relevance. Bhanot says: “Hidden behind this colourful celebration… is the blood of those at whose cost such a festival is being put together, highlighted so clearly in JLF’s sponsorship by Vedanta.”

Bhanot quotes Gladson Dungdung, a Jharkhand based human rights activist, as saying: “Vedanta intends to manufacture consent in its favour in order to ensure the loots of the natural resources of India.” Bhanot adds that Vedanta has “been desperately attempting to save its image internationally, and to whitewash over its crimes. The latest manifestation of this is its foray into the world of ‘literature.'”

The protest against “Vedanta JLF” comes after two other recent literary festival controversies in India that have highlighted the complexities in the relationship between literature and politics.

In 2011, Kashmir’s first-ever literary festival “The Harud” was cancelled following organisers’ concerns about possible violence. At the time, over 200 people signed an open letter stating that a literary festival is “an event that celebrates the free flow of ideas and opinions… To hold it in a context where some basic fundamental rights are markedly absent… is to commit a travesty.”

In November 2015, Vikram Sampath stepped down as director of the Bangalore Literature Festival, after a furore over his views on writers returning their awards to protest government policies and actions.