Will the CPI(M)-Congress Alliance in West Bengal Work This Time?

Political experts believe that the Left-Congress alliance is in place because both parties are fighting for their existence. 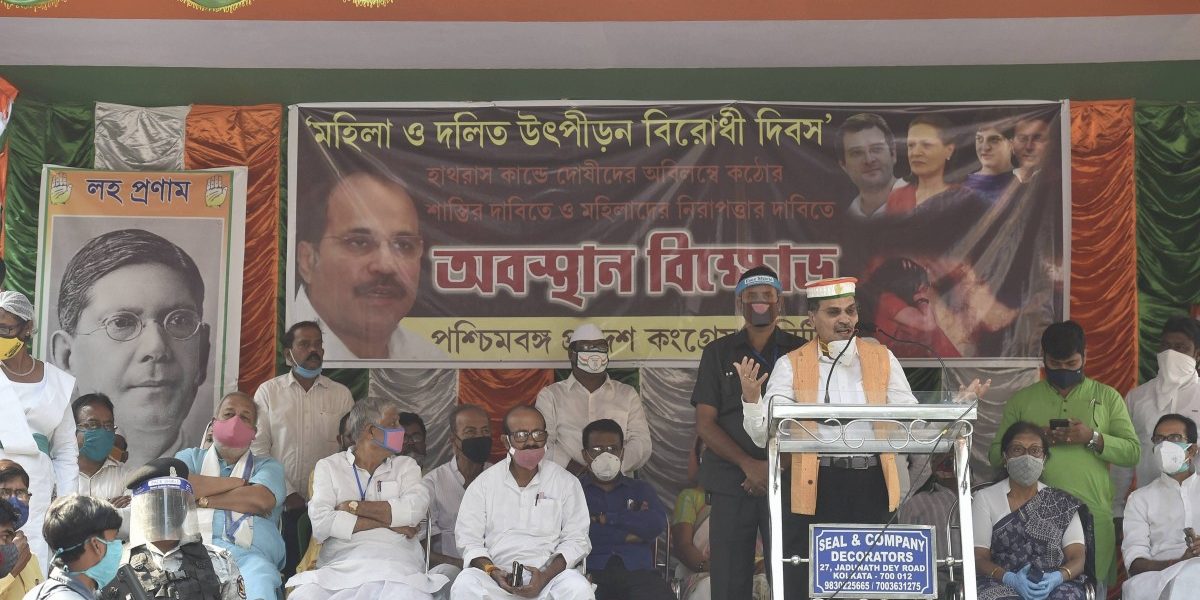 Kolkata: The central committee of the Communist Party India (Marxist) last week approved the Bengal unit’s decision to have an electoral understanding with the Congress in the high stakes West Bengal assembly elections due by May 2021. But the primary question is, will it work – or fail just like it did in 2016?

“In West Bengal, the CPI(M) and the Left Front will have an electoral understanding with all secular parties, including the Congress, which seek to defeat the BJP and the TMC,” CPI(M) general secretary Sitaram Yechury told the press.

The largest communist party in the country, in a first since its formation in 1964, has failed to win a single seat from West Bengal in the 2019 parliamentary election. Additionally, barring the Jadavpur seat, the Left Front lost its deposit in the 40 seats it contested. The CPI(M)’s vote share in the 2019 election declined to a mere 6.28%, and the Left Front combined secured around 7% of the total votes polled. The result basically made the Left, which once ruled the state for 34 years at a go, a non-entity in Bengal.

Political experts believe that the Left-Congress alliance is in place because both parties are fighting for their existence. “The main challenge of the Left and Congress alliance is to keep the status quo in the assembly. As of now, they are the principal opposition. If they don’t win back their votes from the BJP, grave danger is waiting for the future of Bengal,” said Professor Maidul Islam, who teaches political science at the Centre for Studies in Social Sciences, Kolkata.

Islam, however, said that the “Congress and Left Front still have experienced leaders (Sujan Chakroborty, Md Salim, Adhir Ranjan Chowdhury) who have not been tested in assembly elections. If they work hard from now it will be an interesting election.”

The Wire has found that many grassroots CPI(M) workers disapprove of the electoral understanding with the Congress. “In 2016, the jot (alliance) didn’t work, even Congress won more seats than us, why try the same thing again?” a long-time CPI(M) worker from Dum Dum said.

Another Left party worker from Garfa, who wishes not to be named, blamed its leaders for the broken relationship between the top party leadership and its cadres. “In 2016, the alliance didn’t work. In 2019, there was no alliance. Again, we are asking for an alliance in 2021. This is irresponsible decision-making by the party leaders,” he said.

A district general secretary of CPI(M) party, on the condition of anonymity, said, “I, as an individual, don’t support the decision. But as a post bearer, I need to support what the party decides. A lot of people believe that instead of getting outside support, CPI(M) must revive from within and bring new leaders.”

Speaking to The Wire, CPI(M) leader and MLA from Jadavpur, Sujan Chakroborty said, “The pact is an endeavour to unite all secular forces to fight against communal and fascist forces in the country. This is not just about elections; we are uniting for the people and fighting the communal forces.”

When asked why an alliance was formed when it already proved to be a failure in the 2016 assembly election, Chakroborty said, “In 2016, the understanding was not approved by the party’s highest body, which led to some confusion. Also, we started the process late, so the message given to the people was not adequate. This time, all clarification has been made.”

When asked who is the principal opposition of the Left, BJP or the ruling Trinamool Congress, the 61-year-old leader said, “In the national level politics, it is obviously the RSS and BJP, and at the state level, it is Trinamool as it was instrumental for BJP’s growth in Bengal. It is twin danger in Bengal so we will fight against both.”

In 2019, the CPI(M)’s election strategy in Bengal hinged on the slogan, “Oust BJP, Save the Nation; Oust TMC, Save Bengal.” To many political analysts, this seemed to be a faulty strategy and has eventually helped the saffron party.

Terming the Left’s West Bengal poll strategy as ‘misplaced’, Islam said, “Rather than making BJP as their main enemy, the Left has made TMC their primary opponent and gone a little soft on the BJP.”

CPI(M)’s Left partners, however, seemed to approve of the understanding with the Congress by the largest communist party. Santosh Rana, national council member of CPI West Bengal, told The Wire, “To defeat a communal force like BJP, all Left parties must unite, and all democratic and secular parties should join hands.”

All India Forward Bloc, another Left Front constituent, has softened its previous stand and taken a cautionary approach. West Bengal state secretary of the All India Forward Bloc, Naren Chatterjee, told The Wire, “CPI(M) has okayed an alliance with the Congress. Now, if Congress projects Adhir Chowdhury as the chief ministerial face, and CPI(M) agrees to it and fails to uphold the interest of Left parties, then it will damage the Left politics in Bengal forever. If Congress discusses and comes to an understanding with all Left parties of the Front and not simply project a leader, then that can be a possibility.”

The Wire reached out to MP and PCC chief of Bengal, Adhir Ranjan Chowdhury, and leader of opposition in the state assembly, Abdul Mannan. However, both calls went unanswered.

The Left party in Bengal recently showed some resurgence, which had become the talking point in the state capital. During the anti-Citizenship (Amendment) Act (CAA) and National Register of Citizens (NRC) protests, the Left parties drew large crowds. The party has taken up crucial issues like farmer distress, labour laws, rising food prices and local corruption.

CPI(M) party supported-canteen (Sromojibi Canteen) has given food packets to labourers and poor people in various parts of Kolkata at a subsidised rate during the lockdown and continued even after that. One of the canteens in Jadavpur operated for over 200 days and is still going on.

The CPI(M)’s partnership with the Congress for the 2021 assembly elections has many flaws but possibilities can also emerge as there is rising anti-incumbency sentiment against the Trinamool and BJP’s weak leadership in the state. All will depend on how well the two partners can mobilise their boot-level cadres and convince voters who had switched loyalties.