The BJP might be disappointed if it thinks the repeal of farm laws will shore up its prospects in Punjab, for many see it as a victory of the farmers' long-drawn struggle. 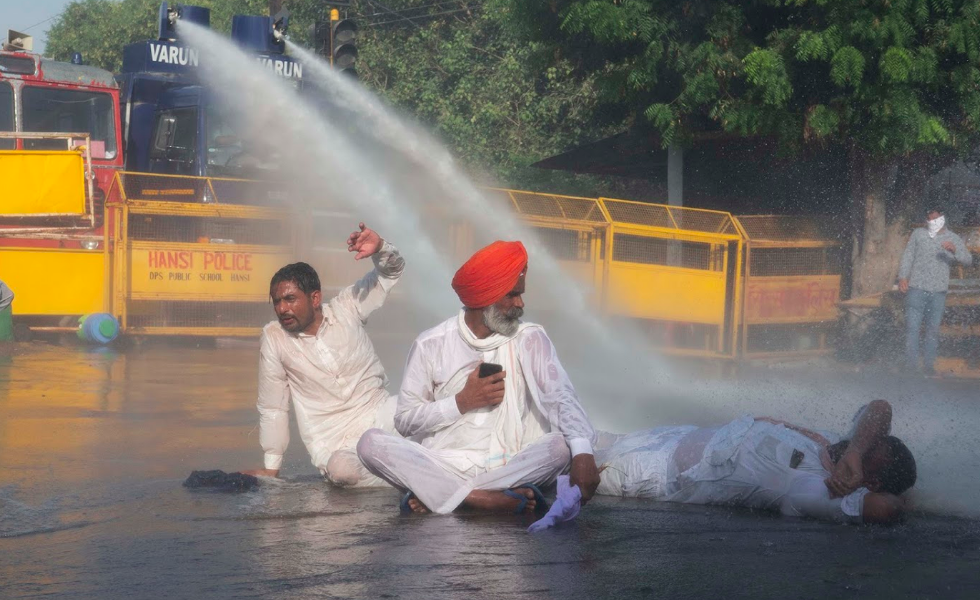 Agitating farmers are sprayed with water from a cannon by police. Photo: Twitter/@arunrajpaul

In a landmark announcement on Friday morning, Prime Minister Modi announced the repeal of three draconian farm laws. This is the result of farmers’ tireless struggle – a victory for a protest that will soon complete a year on Delhi’s borders.

In a country where we are now cynical about political parties, have been witness to the erosion of systems of the state, even the judiciary, farmers’ struggle in that sense has been unprecedented.

Farmers and labourers, old and young, women and men have endured all of it: harsh weather conditions, a second wave of the COVID-19 pandemic and vicious propaganda machinery unleashed by the government. Yet, they emerged triumphant despite having lost 671 farmers during the last one year of protest.

Frankly, as I have been speaking up on these protests for the last one year, I have come to understand the role of big business houses of Adani and Ambani, and the influence of policies of the International Monetary Fund, the World Trade Organisation and the agristack conglomeration of big tech with Big Agro on the agricultural market. In light of this, my hope wavered from time to time.

In every such moment, I looked at the resolve in the eyes of elders at the protest sites who filled me with confidence. When they said, in their soothing voices, “Modi will have to agree to our demands, else we are staying put”, I calmed myself and continued to remain hopeful.

Talks of repeal have been on through back channels ever since formal talks between farmer leaders’ body Samyukth Kisan Morcha and the government failed in January. However, the sudden announcement from the Prime Minister to withdraw the farm laws took every one of us by surprise.

In politics, timing is significant; and the timing of this announcement also calls for critical analysis.

Is it driven by electoral calculations? Most likely it is, as the announcement is an acknowledgment of the popular support for the farmers’ protest in Uttar Pradesh and Punjab, where assembly elections are due next year.

In Punjab, former chief minister Captain Amarinder Singh claims to be a proud nationalist. He has been hyping up the national security threat, carrying pictures of weapons supposedly dropped from drones that entered India from Pakistan to press conferences. He lent his support to the Union government’s decision to increase the jurisdiction of the Border Security Force (BSF), effectively allowing central forces to be deployed in half of Punjab’s total area. 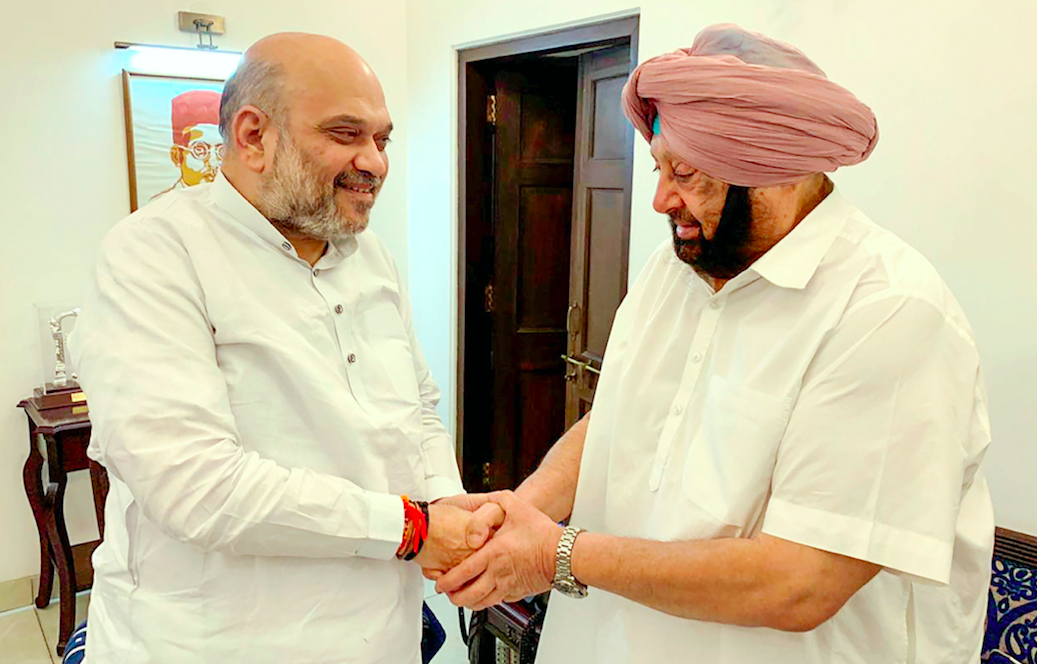 Recently, a 11-member BJP delegation met Union home minister Amit Shah requesting him to open the Kartarpur Sahib corridor closed before the first wave of the COVID-19 pandemic. Just three days back, the former chief minister tweeted to Amit Shah on the matter, and voila, the corridor was opened. Coinciding with Guru Nanak’s 552 birth anniversary on Friday, the Prime Minister announced his intention to rescind the contentious laws.

One must ask why the sudden change of heart? What explains this behaviour?

Is it just that the Bhartiya Janata Party, which does not have any ground in Punjab, now wants to piggyback on Captain’s new Punjab Lok Congress in the upcoming assembly elections? What about the national security threat which was raised earlier?

If Modi thought he would win over Sikhs through such actions, he might be left underwhelmed. As soon as Kartarpur opened, pilgrims flocked to the Gurdwara. They did not wait to thank Amit Shah or Captain. It is the same with the decision to repeal the farm laws. No one is thanking Modi. People see it as a result of farmers’ tireless struggle and consider it Guru Nanak’s blessing.

Also read: What Does the Repeal of Farm Laws Mean for Punjab’s Assembly Elections Next Year?

This is the nature of Sikhs. They do not pay homage to those who pretend to be the middlemen between the almighty and the people. This is what the Sangh, which has built its whole structure on being the arbitrator of religion, does not realise. The BJP’s actions and Captain’s overtures actually show us how the Sangh is now out of touch with the pulse of the people, at least in Punjab.

As of now, from Modi’s speech, it is clear the laws will be repealed through a due democratic process in the parliament by end of the month. There is a mention of minimum support price (MSP) too, but there is not much clarity on it.

There are many other issues that affect the agrarian sector that need urgent attention, including fuel price rise, procurement of grains and vegetables – basically 50 years of agrarian neglect in policies. In due course, I sincerely hope all those issues are addressed.

In this nation’s recent history, and in light of the erosion of its systems, the announcement on repealing farm laws is unprecedented. The fact is that, in his entire public life, Modi has never taken back a single decision. Now that he has done that, it would mar his image of a Hindutva strongman. The entire ecosystem of bhakts and the media that supports the Hindutva agenda are in shock.

This announcement is a turning point in this nation’s history, and the civil society now has a glorious example to learn from. We need a million solidarities and resistances to sustain our nation.

As I type this note, the Labour Codes, the Citizenship Amendment Act, the targeting of women, of Dalits, of Adivasis come to mind. May we have the strength to reclaim democracy for the people of the country.

Amandeep Sandhu is the author of PANJAB: Journeys Through Fault Lines.