Why Nitish Kumar's Public Anger at the Bihar Speaker Is Justified

Speaker Vijay Kumar Sinha has been using the floor of the house to try and grant impunity to his henchmen caught up in a criminal case. 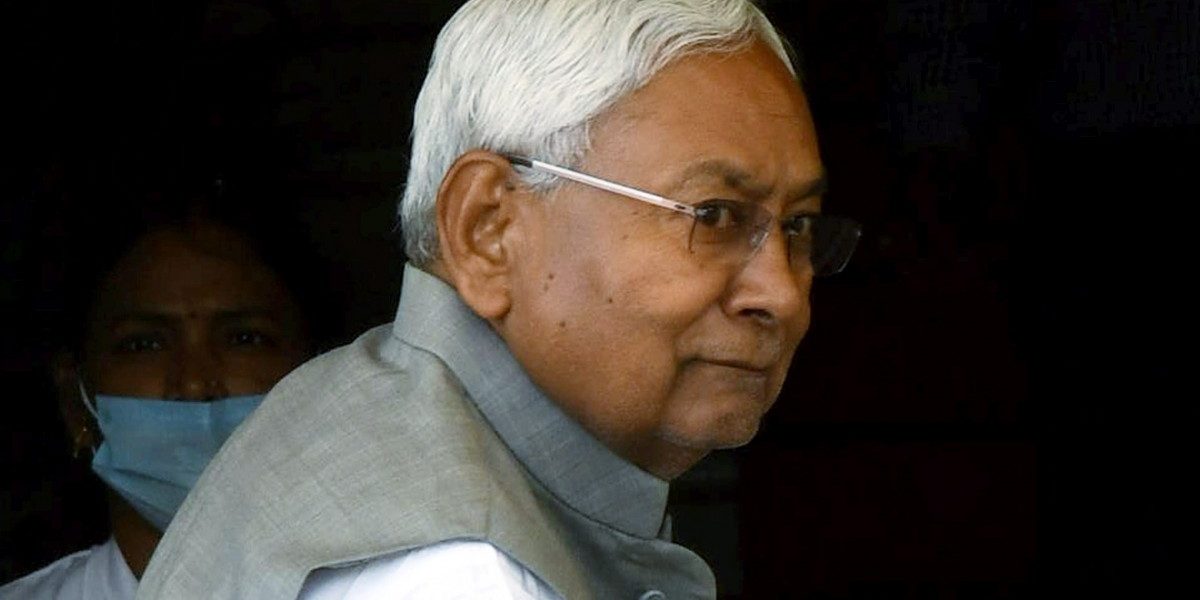 Patna: Bihar chief minister Nitish Kumar lost his cool in the assembly on Monday while questioning Speaker Vijay Kumar Sinha’s way of conducting the House proceedings. “Aise House chalaega (Will you run the House like this)? Read the Constitution (to learn how you should act),” he said.

Several newspapers and news channels have questioned Nitish’s angry outburst and video footage of it has gone viral on social media. But a close look into the genesis of the issue brings to the fore how Sinha, the Bharatiya Janata Party MLA from Lakhisarai, had been misusing his position as the speaker to influence the police investigation against his henchmen in his constituency.

Two men – Amit Mahato and Gautam Mahato – had organised a band to accompany Saraswati Puja celebrations in Lakhisarai on February 4. During the performance, several young men danced in groups brandishing firearms on stage. The police lodged an FIR against Amit and Gautam, among 10 others, for violating COVID-19 protocols and other norms, on February 6. The police arrested Amit and Gautam on February 9; the two were sent to judicial custody.

It was at that stage that Sinha jumped in, visiting the area and attacking the police. “Some people brandished firearms. Action should be taken. But why against Gautam Mahato and Amit Mahato?” he said. Sinha’s logic was that Gautam and Amit had organised the celebration but were not the part of the crowd which danced and brandished rifles.

Sinha summoned the Barhaiya police station in-charge, Sanjay Kumar Singh, and sub-divisional police officer (SDPO) of Lakhisarai, Ranjan Kumar, and asked them to drop the cases against Amit, Gautam and others. The accused were allegedly his henchmen and BJP cadres associated with groups patronised by the Rastriya Swayamsevak Sangh (RSS).

The speaker told local news channel reporters, “Lakhisarai has been the breeding ground of crime and Naxalite activities. The government should deploy able police officers instead of the corrupt ones who are interested in making money in cahoots with the liquor mafia. I will speak to the chief minister and senior officers.”

A Lakhisarai police official, requesting anonymity, asked The Wire, “How could we not lodge a case against Gautam and Amit, who were organisers of the event in which COVID-19 protocols were flagrantly violated and other laws were broken? We are working in accordance with the law and reporting it to the court concerned.”

Gautam has a criminal record; he was booked under the SC/ST Atrocities Act in 2018.

After his remarks in Lakhisarai, Sinha came to Patna and summoned the Bihar Director General of Police (DGP), S.K Singhal, to his assembly chambers. Singhal reportedly didn’t pay heed to the speaker’s attempts to intervene in the case.

Sinha, known as a strongman from Lakhisarai who was thrust into the role of speaker of the Bihar assembly by the BJP high command in the wake of Nitish’s Janata Dal (United) falling behind its ally BJP’s tally in the 2020 assembly elections – then used BJP MLAs to further his cause in the House.

Led by Sanjay Saraogi, the BJP MLA from Darbhanga, BJP MLAs repeatedly made it an issue of the “privilege” of the speaker and demanded “right” action against the Lakhisarai policemen. Parliamentary affairs minister Vijendra Yadav – a JD(U) MLA known for his integrity – replied on behalf of the government that “appropriate action” would be taken in the case.

However, on Monday, Sanjay Saraogi and several other BJP MLAs – apparently at Sinha’s behest – rose to grill the treasury benches on the issue. The speaker too looked miffed at the government’s “inaction” o`n the matter.

Here, one can question Nitish’s disposition. But the content of what he said in the House was absolutely appropriate in the context of the laws and business procedure to conduct the House’s proceedings. The speaker – or for that matter the House – is not empowered to interfere in criminal investigations.

Emboldened by the rise in its legislative strength – BJP’s 74 against JD(U)’s 40 – in the 2020 assembly polls, the BJP leadership is engaged in increasing its control in Bihar at every level – police, bureaucracy and educational institutions. The BJP leadership got Vijay Kumar Choudhary, a sober and articulate JD(U) MLA, replaced by Sinha as the speaker of the House.

The saffron party’s victory in neighbouring Uttar Pradesh has further encouraged the BJP to increase its clout in Bihar. The grapevine has it that Sinha and his likes in Bihar wish to rise in their power the way Ajay Mishra Teni – junior Union home minister – has in Lakhimpur Kheri. Teni’s son Ashish allegedly mowed four farmers and a journalist at Tikunia (Lakhimpur Kheri), which the SIT’s reports too confirmed. But Ashish has for bail and the father-son duo is enjoying impunity despite their high-handedness.

Perhaps Sinha and his likes want the same sort of “protection” for their men in Bihar as Teni and his men are enjoying in Uttar Pradesh. The BJP MLAs are consistently questioning law and order in Bihar. The motive behind this is to get the policemen of their choice at the police station and the sub-division levels across the state. Nitish – also the home minister – will surely resist this, given his nature and style of functioning.