The RSS chief’s comment on the administration has prompted party spin doctors to dump the image-enhancing blitzkrieg they had planned in favour of making Modi appear pro-active and visible. 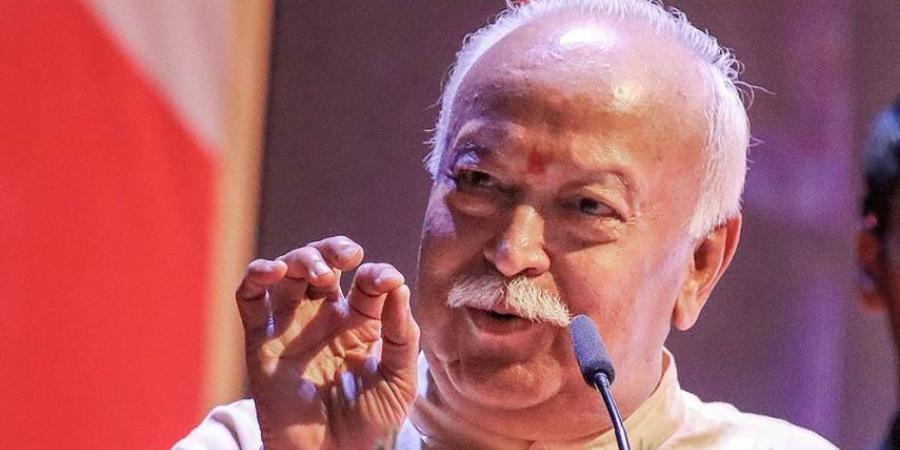 And then came the bombshell. In his valedictory address on May 15, Bhagwat squarely blamed the Modi government and the administration under him for lowering their guard after the first COVID-19 wave. “We are facing this situation because, whether it was the government, administration or public, everyone dropped their guard after the first wave despite indications from doctors,” Bhagwat said.

From anyone else this might be seen as an attempt to shift the blame for the disaster on to ordinary people, but coming from Bhagwat, this was tantamount to a pointed attack on the very system which Narendra Modi presides over. The establishment’s first response was to downplay its significance. Accordingly, the mainstream media and friendly channels played it safe. Even the RSS mouth piece Organiser joined the coverup operation by glossing over the critical part of its sarsanghchalak’s admonition of the Modi government for lowering guard. RSS-linked columnists were also pressed into action to play down the significance of his remarks.

Buffeted by negative public perceptions of the government’s handling of the second COVID wave, the official narrative until then had been that the COVID-19 surge went out of control due to failures of “the system” and not the rulers. Since April end, this has been the line followed by friendly media and channel anchors.

As per this portrayal, every segment of the system failed — the scientists who failed to give the timely advisories, the state governments who ignored the Centre’s advisories, the vaccine producers who did not ramp up production and the people who ignored the COVID-19 rules. Articles defending the PM’s role with strikingly similar themes by writers like Prakash Javadekar (May 10), Prabhu Chawla (May 16), Sambit Patra (May 14) and Ram Madhav (May 15) flooded edit pages.

Just a day before Bhagwat’s plain speak, the media carried stories containing similar input — that from September 2020 to April 2021, the PM had warned states six times about the second surge but the latter failed. These stories often appeared on the same page, attributed to different wings of the establishment. The whole effort was to make it look like the system had failed the PM. What the RSS chief’s blunt observation at Positivity Unlimited did was to bust this narrative.

Bhagwat’s statement was the first public criticism of the Modi government by the RSS chief since 2014. Nagpur had so far played a fully supportive role, ruthlessly silencing allied outfits like the Swadeshi Jagran Manch, BMS and Bharatiya Kisan Sangh, which at times ventured to disapprove of some government decisions. Just a few days back, the newly elected RSS No. 2, Dattatreya Hosabale, had warned against the ‘destructive and anti-Bharat forces’ creating ‘negativity and mistrust’ in the country. Even though he is known for his personal devotion to Modi, Hosabale’s views were also taken as the official RSS line. But Bhagwat’s comment suggest two lines may be in contention.

Why did Bhagwat choose to launch an attack on his government? One explanation is that he was prompted by feedback from RSS supporters. So he felt he should not be seen as turning a blind eye to sentiments among the Sangh’s ranks. Or it could be that as a benefactor of the Modi establishment, Bhagwat genuinely believes lowering his guard was a serious lapse on the prime minister’s part. And that it was time for him to warn Modi and thus force a course correction.

Though in public the establishment acted as if nothing happened, Bhagwat’s plainspeak has forced it rethink a publicity campaign it had worked on and was in the process of rolling out to cover up Modi’s COVID failures. Begun in early May, plans were afoot to launch a well-coordinated social media and advertisement drive hailing Modi for tackling the COVID-19 crisis through his ‘timely’ interventions and ‘leadership’.

As part of the buildup, a media workshop for government officials was held on May 4 2021. It decided that there should be special COVID-related press statements that should have specific references to Prime Minister Narendra Modi’s role. Like the use of phrases like “under the leadership of PM Modi” or “as decided by PM Modi”.

Over 300 top officials, including the joint secretary (media) of each department, attended the workshop under the banner of Effective Communications. Conducted by Abhishek Singh, CEO of MyGov, a government platform for citizen engagement, I & B minister Prakash Javadekar was also present throughout. The officials were told how to ‘create a positive image of the government’ and ‘manage perception through effectively highlighting positive stories and achievements”.

According to presentations made at the event, the government should ‘be seen to be sensitive, bold, quick, responsive, hard-working etc”. They should highlight data about recoveries of COVID-19 and amplify positive stories that each department could get.

As per this script, the corona disaster might have been still worse had the administration under Modi not made elaborate plans to counter the epidemic. The state governments under the BJP, government undertakings and friendly organisations were to bring out hoardings and advertisements hailing the PM’s leadership in tackling the pandemic. But Bhagwat’s charge of Modi lowering his guard has taken the wind out of the sails of a campaign that was supposed to sell the (improbable) idea that Modi had indeed acted with great foresight and thus saved India from disaster.

Party strategists thus quickly went back to the drawing board and came up with the idea that Modi needs to now be projected as a leader who is visibly acting to contain the pandemic. A slew of meetings have been organised to generate suitable headlines. Sample these:

It is not known if the discredited and obviously forged ‘Congress toolkit’ that senior BJP leaders circulated on social media was part of the revised PR strategy or a weapon salvaged from the original plan. But either way, the plan is obviously to bring a seemingly ‘proactive’ Modi front and square in a desperate attempt to reverse the negative impression that has built up about him. The hope is that the natural progression of the disease – peaks are followed by falls – will make it look as if Modi’s very visible involvement has made a difference. But the risk is that the BJP will have no other cards to play if public perception does not change.