Why Hindutva Nationalists Need a Sadhguru

As seen in a recent Times Now interview, Sadhguru's abstract, yet calmly-delivered tirades deliver a sombre edge to the militant spirit of Hindutva politics.

Sadhguru Jaggi Vasudev, Hindutva nationalism’s in-house mystic and cultural icon, is an intriguing character. A soft-spoken guru with the textbook flowing beard who converses in a measured and patient tone, he exudes timeless wisdom, and at times, even drops “expert” comments on geostrategy and geopolitics.

In this form and shape, Sadhguru is a blessing for India’s hypernationalist, pro-BJP cabal who now have a popular spiritual figure to validate their politics and take it to a larger audience.

So, no surprise here, the guru did not take much time to become a broadcast hit in a country that is currently on a nationalistic high.

Sadhguru’s utility for chest-thumping Hindutva nationalists is unique and specific. He provides a universalistic philosophical mooring to a kind of politics that is otherwise very earthly and sectarian. With his abstract, yet calmly-delivered rants about moral philosophy, spiritual thought and ideal practice, Sadhguru delivers a sombre edge to the militant spirit of Hindutva politics.

In fact, the entirety of Sadhguru’s approach lies in the peaceful demeanour that he projects with such finesse – so much so that even the loudest anchors on Indian TV turn down their volumes while interviewing him.

But behind his seemingly benign, humanistic preachings hides a philosophy of retribution, exclusion and intolerance. This came out in the open in his recent (and second) interview with Times Now’s Navika Kumar.

In it, Sadhguru called for a “solution” to the militant violence that India has faced in the past and continues to face, particularly in the Kashmir Valley. “The enemy within must be dealt with 100%,” he said.

His ‘spiritual’ solution entails taking violent action against the rebellious Kashmiri population, including the stone pelters.

Further, he, like his worldly compatriots, blames India’s ‘left-liberals’ for providing a “larger infrastructure” of support to militant organisations.

On cue from his high-spirited host, Sadhguru not-so-subtly calls for unspecified action against anti-establishment voices while out-of-context, silent footage of Umar Khalid and Kanhaiya Kumar protesting in Jawaharlal Nehru University plays in the backdrop.

The mystic guru believes that these people “should not be walking the streets according to the law”. But, he doesn’t even seem to have faith on the law, and suggests moving outside the democratic judicial setup to act against the likes of Umar and Kanhaiya.

“This is the time to do it. The country is ready for it,” Sadhguru says.

For dedicated ultra-nationalists who want persistent left-liberal voices to shut up for good, this is helpful. Sadhguru’s exhortation helps legitimise their political vendetta in front of a broader audience of lay right-wingers, fence-sitters, and centrist moderates who may not support the BJP’s core agenda, but are viscerally attracted to smooth-talking mystics.

Truth be told, what Sadhguru says is no different from what vitriolic chest-thumpers, trolls, and YouTube intellectuals like Major Gaurav Arya, Vivek Agnihotri or Rajiv Malhotra say – except that it is washed out with faux spiritualism and trascendental flourishes, much like a coat of thinner on hard paint. 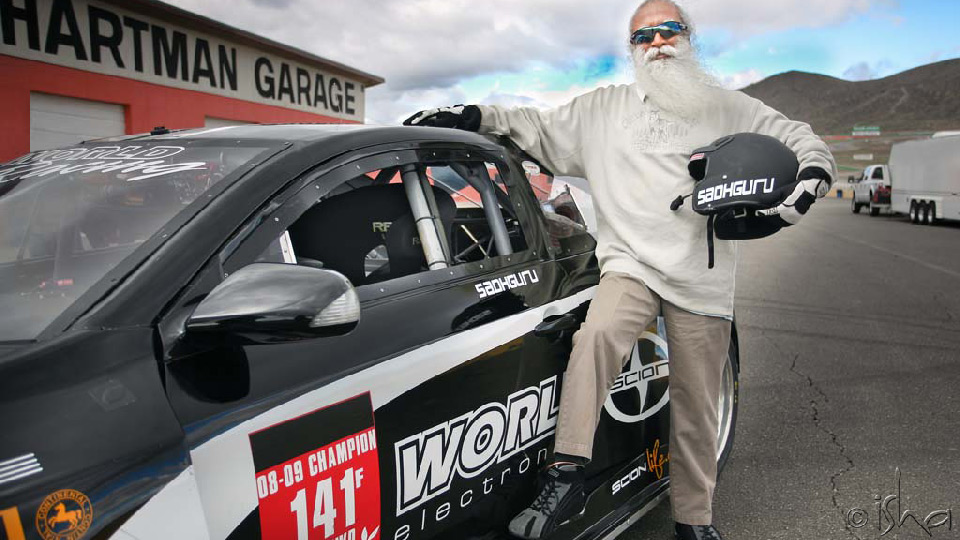 This is where his public relations triumph lies: the act that he puts up to convince a morally-disillusioned audience to buy his political-dressed-as-philosophical preachings. A key part of this act is also to project a non-political image.

Sadhguru constantly argues that he is a “non-political” person. But even a cursory scrutiny of his messages reveals that he is squarely political. In fact, he is only political, even when he is dispensing his moribund philosophies. There is hardly any public address in the past five years where he has not endorsed the current government’s policies or dissed left-liberals for trying to “break up the nation”.

There is absolutely nothing wrong in being political, but only if one is honest about it. Sadhguru’s deception lies in the hypnotic indifference that he projects towards political affairs even as he makes deeply political comments. The hypnosis is compelling, to say the least.

Despite all his histrionics, Sadhguru’s skin seems to be coming off with each passing day as he launches one diatribe after another against the current regime’s opponents. His calls to “settle” the problem – or eliminate the left-liberal spectrum and recalcitrant Kashmiri population once and for all – only confirms his credentials as an intolerant nationalist.

But for the hardcore Hindutva, pro-BJP base, Sadhguru will continue to operate as a critical asset – a much-needed ‘dignified’ mouthpiece of its belligerent cultural nationalism that seeks to forge a sectarian Hindu-centric society by nudging the secular constituencies to the margins.