The former TRS leader's victory for BJP highlights the brewing discontent against KCR's style of leadership and allegations that he suppresses dissent within his party. 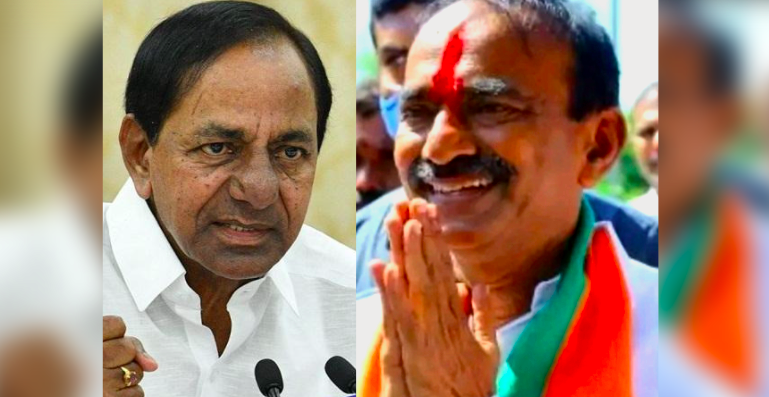 Hyderabad: The victory of Telangana Rashtra Samithi rebel Etela Rajendar as the Bharatiya Janata Party candidate in the Huzurabad by-poll is certain to come as a jolt to Telangana Chief Minister and TRS chief K. Chandrasekhar Rao

The by-elections in Telangana’s Huzurabad and Badvel in Andhra Pradesh were conducted on October 30. Though BJP, with Rajender as its candidate, registered a spectacular performance in Huzurabad, it put up a poor show in Badvel.

The by-poll was necessitated by Etela’s resignation after his sacking from the KCR’s cabinet. The results were announced on Tuesday, November 2.

What happens to KCR’s bahubali image?

Etela’s victory brings to sharp focus brewing discontent against KCR’s style of leadership and allegations that he suppresses dissent within his party.

Etela is an OBC leader and had been KCR’s comrade-in-arms in the statehood movement. He revolted against KCR first in 2019, saying, “We are the owners of the pink flag (the flag of the TRS) and my position as minister for medical and health is not the result of someone’s charity”.

His outburst was then seen as an expression of dissent against KCR patronising turncoats who defected from opposition parties with the track record of opposing the statehood movement. At least five defectors – Yarraballi Dayakar Rao, Talasani Srinivas Yadav, Sabitha Indra Reddy and Gangula Kamalakar Rao – got plum positions in the KCR cabinet during his second stint.

Also read: Telangana: Why the Huzurabad By-Poll Is Crucial for Opposition Parties

Etela successfully built a narrative on how the sanctity of the Telangana sentiment was being diluted with “ayarams and gayarams” (people who defect to and from parties). This came to use in his Huzurabad campaigns.

Etela has also brought to the public radar KCR’s purported inability to value the contribution of Backward Class leaders in the TRS. 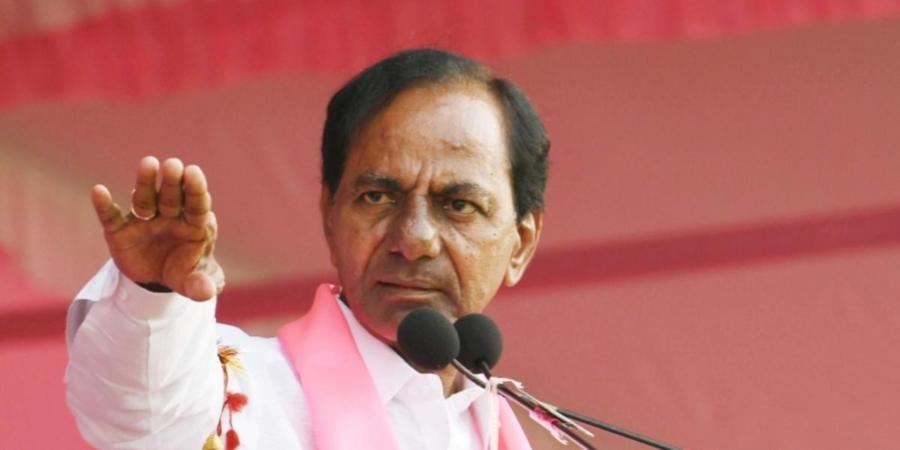 Soon after the Etela’s removal from TRS, he organised a meeting with his followers in a resort in Karnataka – an event which came to be known as the Humpi coup – in which they opposed KCR’s plans to anoint his son and state minister K.T. Rama Rao as successor.

“I expected this setback in Huzurabad and I even shared this with the party brass heading the campaign in Huzurabad before election day,” a senior TRS leader told The Wire, requesting anonymity.

“We may have to pay a heavy price in the next state election if our party boss fails to draw any lesson from the electoral setbacks the party suffered in Dubbak in November, 2020 and in Huzurabad now,” the leader said.

That TRS fielded Gellu Srinivas Yadav, a lightweight with little popularity, is indication that it underestimated Etela’s caliber. He is well connected to the people in his constituency as a six-time legislator and three-time minister.

Etela belongs to the Mudiraj community of OBCs. Gellu is the Yadava group, also an OBC community. KCR is now being accused of ignoring the dominant Reddy votes. Though KCR had inducted Koushik Reddy into his party from the Congress before the election, with an MLC offer, Koushik ended as a runner-up in the 2018 assembly elections by securing 62,000 votes. In the current by-election, Etela was the clear victor in Veenavankamanal, from where Koushik hails.

Etela also enjoys a following among Muslims and has deftly avoided BJP’s politics of religious polarisation from creeping into his constituency’s electioneering by focusing on KCR.

BJP, with the help of Etela, has scripted a significant win in Telangana politics after its setbacks in the MLC elections in which its sitting member from the Hyderabad graduates constituency lost to TRS and in the Nagarjuna Sagar by-elections.

The Congress Lok Sabha member Komatireddy Venkata Reddy went on record to television channels saying that his party was forced to back the BJP indirectly to settle feuds with KCR. The MP said Congress supported Etela on the logic that the enemy’s enemy is a friend.

Also, thankful to all the @BJP4Telangana leaders, karyakartas for their immense contribution during the campaign.
Hearty Congratulations to Shri @Eatala_Rajender anna and wishing you the best.https://t.co/mNuFIXnr4r#HuzurabadWithBJP #HuzurabadByPoll pic.twitter.com/L1Ryjl8d8j

This is also seen as a move to avoid a split in the opposition vote – which is evident with Congress now settling for just 2,767 votes over its of 61,000 votes in the 2018 elections.

Andhra’s Badvel too witnessed a scene replicating the alignment of the TDP, BJP and the actor Pawan Kalyan’s Jana Sena Party in the general elections in 2019.

The saffron party lost the election to the Jaganmohan Reddy’s YSR Congress by a huge margin of 90,000 votes. It became a direct fight between the ruling YSRC and the BJP after the TDP and the Jana Sena party decided to stay away from the fray.

The YSR Congress leaders accused the TDP and Jana Sena of having even supplied polling agents to the BJP. BJP has little cadre strength in Badvel, which comes under Kadapa district, Jagan’s citadel.

Although TDP chief Chandrababu Naidu has stated that he has decided to leave the seat that became vacant after the death of YSRC’s sitting legislator Venkatasubbaiah unopposed in keeping with tradition, he was however accused by the YSRC of having not nominated a candidate only to help the BJP.