Why Does the Owaisi Factor Work Much More in Bihar Than in UP or Bengal?

'When there is less insecurity, there is more urge for participation in power,' says a commentator. In Gopalganj, Muslim voters have always been familiar with the idea of electing a representative figure. 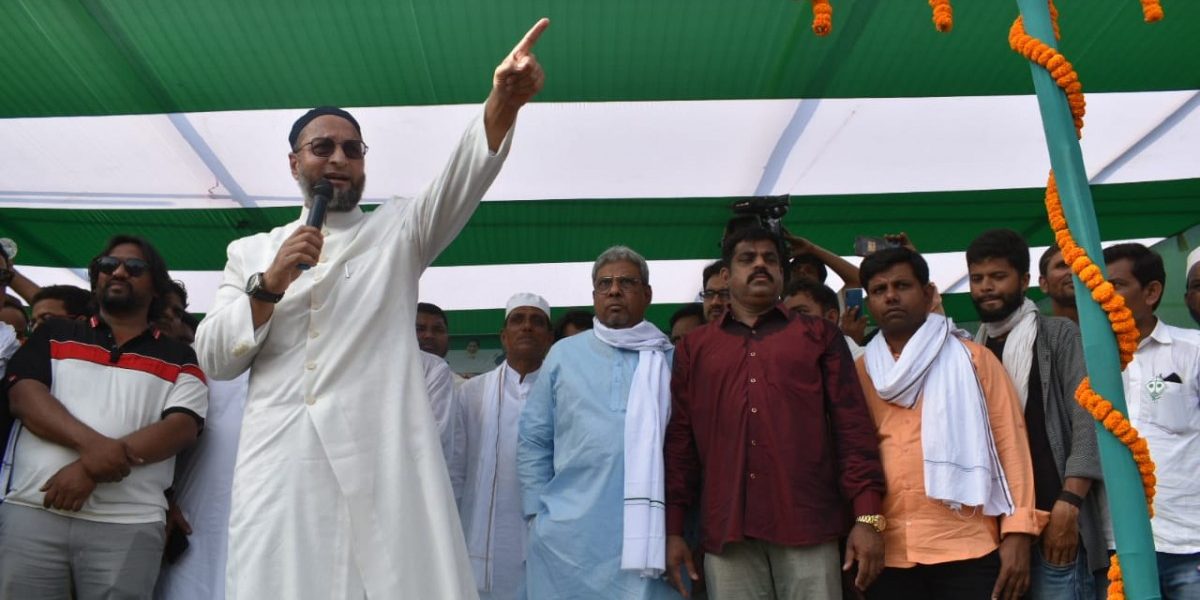 Patna: The Bharatiya Janata Party won north Bihar’s Gopalganj seat in the recent by-poll by a margin of 1,794 votes – a total which was incidentally lower than the 2,170 votes cast under the NOTA or ‘none of the above’ head. 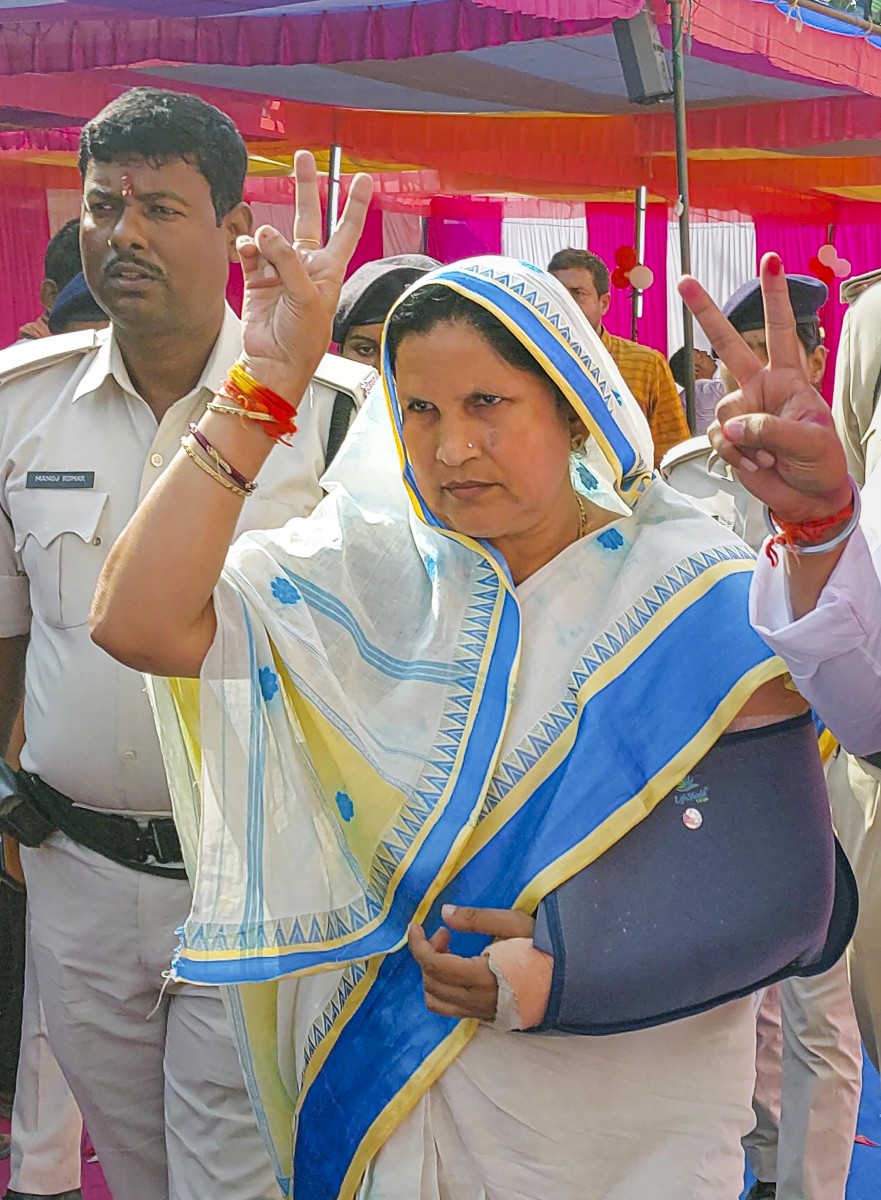 What worked in favour of BJP – which saw RJD give spirited fight to wrest the constituency which has been a BJP stronghold for the past 17 years – is the participation of Asaduddin Owaisi’s All India Majlis-E-Ittehadul Muslimeen.

It is clear that both Salam and Devi indirectly helped the BJP’s nominee to emerge victorious.

But out of the two, the numbers reflect that the presence of Owaisi’s nominee in Gopalganj – a politically significant assembly constituency which is RJD supremo Lalu Prasad Yadav’s birthplace and borders Uttar Pradesh, the hub of the Hindutva power – made the real difference.

It is not that the AIMIM has hurt RJD for the first time. Neither is its capacity to debilitate RJD confined to Gopalganj alone.

Owaisi’s party had won as many as five assembly seats in the Muslim-dominated Seemanchal region (bordering Bangladesh, Bengal and Nepal) in the 2020 assembly elections. Besides, it had upset the equations of the RJD-Congress-Left alliance against the Janata Dal (United)-BJP combine in about a dozen of seats in the assembly polls. It’s a different matter that four of the AIMIM MLAs joined the RJD later.

Mohammad Sajjad, professor of Modern History at the Aligarh Muslim University (AMU) from Bihar and commentator on current affairs, said, “It’s due to the fact that Muslims in Bihar, which has never been ruled by the BJP directly, do not feel as insecure as the Muslim community in Uttar Pradesh, which is witnessing bulldozing of minority establishments and constant minority persecution aided and abetted by the BJP government in the saddle.”

In Bengal too, said Sajjad, BJP has made lakhs of Muslims insecure by labelling them “Bangladeshi infiltrators” and threatening to strip them of their citizenship rights by executing the National Register of Citizens (NRC).

Secondly, Sajjad elaborated, “When there is less insecurity, there is more urge for participation in power. Gopalganj – part of the old Siwan district earlier – has been a prime centre of Muslim representation in the legislature.” 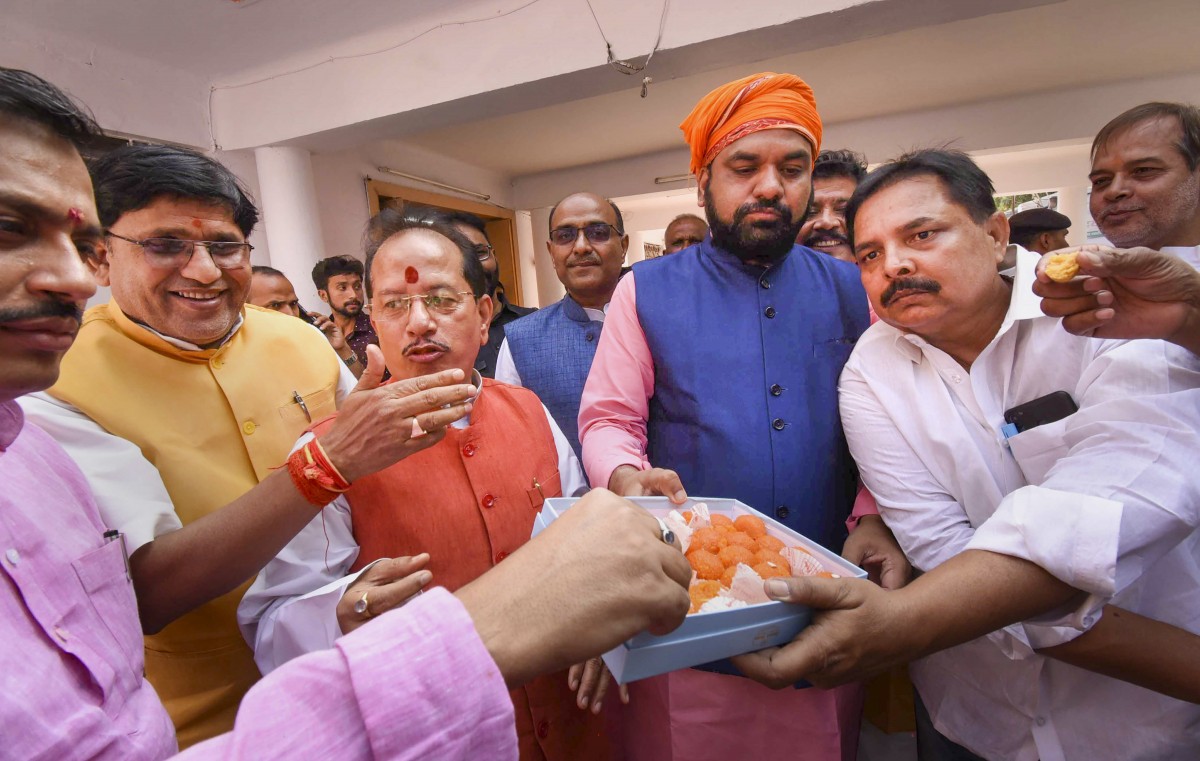 For instance, the only Muslim chief minister that Bihar had in the 1970s was Abdul Ghafoor who hailed from Gopalganj. Ghafoor represented the Siwan and Gopalganj seats too in the Lok Sabha in the 1980s and 1990s. Moreover, the RJD used to field Riazul Haq, a Muslim, from Gopalganj till the last polls. Muslims might have voted for the AIMIM’s nominee out of fear of losing their proportionate share in the alliance’s power structure.”

D.M. Diwakar, a development economist and former director of the A.N. Sinha Institute of Social Sciences – a premier research institute of Patna – too said, “Muslims by voting for the AIMIM’s nominees in the 2020 assembly polls and also in the by-polls for Gopalganj on November 3 have demonstrated before the Mahagathbandhan that they shouldn’t be taken for granted and their representation should not be fiddled with.”

Unlike Uttar Pradesh, Gujarat, and Madhya Pradesh – all BJP-ruled states where the Muslims stand marginalised in the structure of political power and governance – Bihar continues to have Muslims maintaining their say in the power structure, many feel.

If prior to Lalu’s rule Bihar had many influential Muslim leaders including Abdul Ghafoor, Mohammad Yusuf, Taslimuddin and others calling the shots in the state legislature and parliament, Lalu coming to power in 1990 is said to have signalled the proportionate representation of Muslims in governance and politics.

For instance, Lalu’s regime witnessed Ghulam Sarwar presiding as the speaker of the state assembly and Jabir Hussein as the chairman of the Bihar Legislative Council. Nitish, for one, appointed Amir Subhani as the state’s chief secretary despite the BJP’s purported reservations. Afzal Amanullah served as the principal secretary of the key home department for a long period under Nitish Kumar.

Meanwhile, reacting to the by-poll results, the former deputy chief minister and senior BJP leader Sushil Kumar Modi said, “The combined might of the RJD, JDU and other parties could not stop the BJP from winning Gopalganj. They (opponents of BJP) couldn’t penetrate into the BJP’s core vote base.”

Also read: Can Asaduddin Owaisi Find a Way Out of the Zero-Sum Game He’s Caught in?

But he failed to mention that Kusum Devi polled over 8,000 votes fewer than her husband Subhas Singh in the 2020 elections. Subhas had won that poll by a margin of about 37,000 votes. Subhas’s death necessitated the by-elections in Gopalganj.

Tejashwi Yadav thanked the voters of Gopalganj, asserting, “Take it from me, the BJP would trail by over 20,000 votes in the Gopalganj assembly segment of the Gopalganj Lok Sabha seat in the 2024 General elections. The Mahagathbandhan has surged phenomenally in Bihar and will obliterate the existence of the BJP in the polls to follow.” 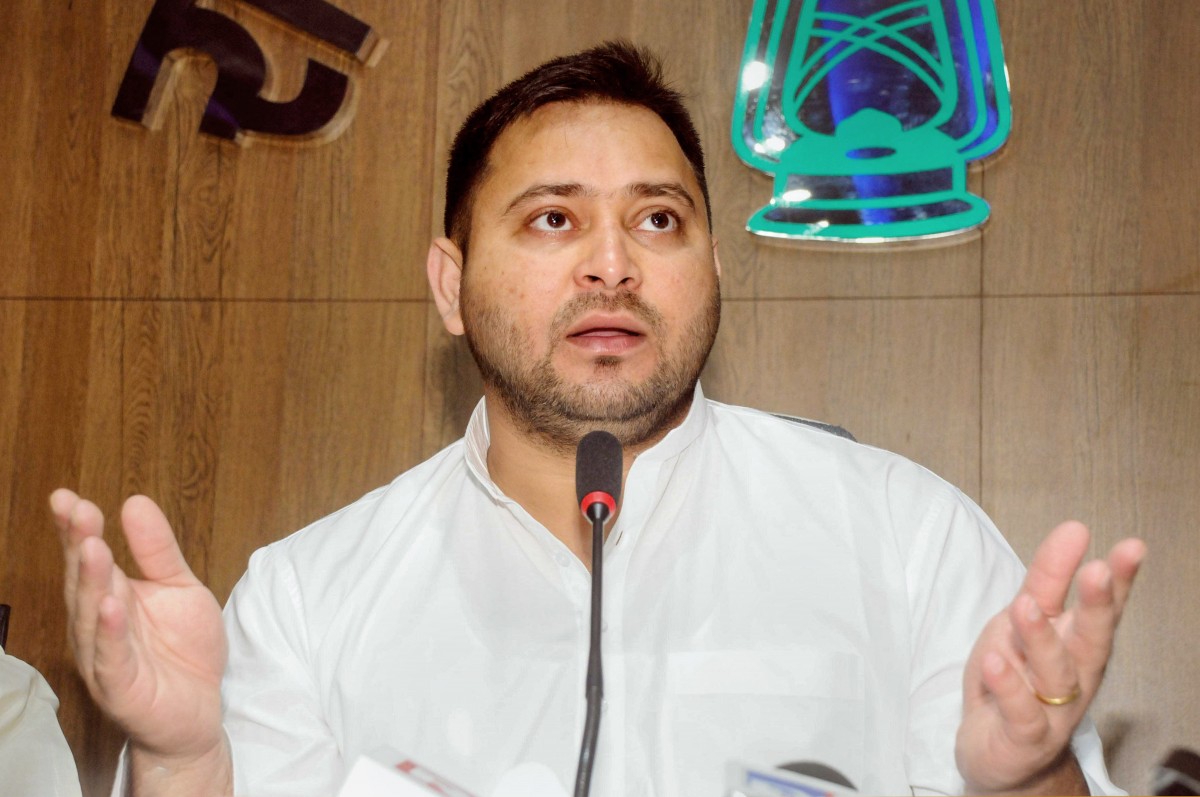 Tejashwi, perhaps, is talking about over 20,000 votes that were shifted to the AIMIM and also by his maternal aunt contesting on the Bahujan Samaj Party’s ticket. Tejashwi does not appear to be bothered about Sadhu, his uncle, who owes his political existence to the Lalu-Rabri regime. He was MP of the Rajya Sabha in the 1990s. Then he won the Gopalganj Lok Sabha seat in 2004 on RJD’s ticket. A man of clout, Sadhu might have won some of the votes of his caste group.

But with the rise of Tejashwi and his growing popularity among the youth – particularly the Yadavs –Sadhu could cease to be a factor in 2024. However, Tejashwi surely will have to accommodate Muslims fairly. Apparently neglected by the RJD, Heena Sahab, the disgruntled widow of the deceased strongman and Siwan MP, Mohammad Shahbuddin, and her son Mohammad Saddam, had campaigned for the AIMIM’s nominee in Gopalganj in the background.

The result of the Mokama assembly by-poll does not appear to be of much political significance. The Mokama ‘don’ Anant Singh who as the RJD candidate had won the seat in 2020 was disqualified as an MLA after he was convicted in a criminal case. The RJD gave the ticket to his wife Neelam Devi who earned 79, 744 votes – almost equal to what Anant had polled in 2020.

The BJP contested this seat for the first time, fielding Sonam Devi, the wife of Lallan Singh, another ‘don’ and rival of Anant from the same Bhumihar caste on Mokham’s turf. In the process, the BJP provided the rivals of Anant in Sonam an avenue to express themselves.