Why Does Narendra Modi Lie?

The prime minister says his rule brought terrorism in India to an end in the past five years, when his own government's data says the opposite. So how does this game of smoke and mirrors work? 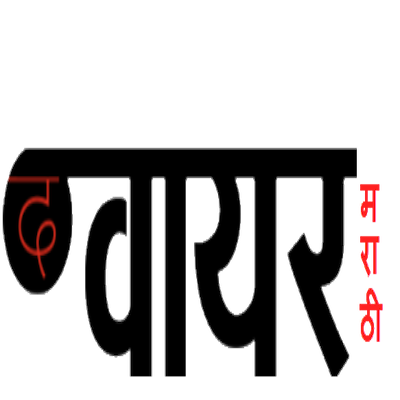 ‘Modi is God’s gift to India!’, declared Venkaiah Naidu before taking up the post of vice president.

Even if we assume this to be true and believe that Modi is a great leader who has brought about an epic social-cultural-economic revolution through policies like demonetisation, the question remains, why does this gift of God rely so frequently on patent falsehood?

One answer could be that he is a chronic liar. Some may point sardonically at his putative degree in ‘Entire Political Science’ to explain his ignorance of history. The appeal to ignorance doesn’t wash. Let us look at his latest, quite blatant lie.

At a campaign rally in Bangalore on April 13, 2019, Modi deployed his favourite oratorical tool, the rhetorical question. “Was there even a single terrorist attack on the country when your chowkidar was on duty?” The resounding, Pavlovian response from the crowd was “No”. This was not the first time he asked this particular question. Indeed, it is asked in many posts and videos by the BJP IT Cell, reputed for its ability to conjure up and broadcast fake news, falsehoods and half-truths. The BJP devout dutifully ensure wide and rapid dissemination of these falsehoods via their social media accounts.

BJP leader Nirmala Sitharaman is India’s defence minister. The pressure of constantly having to refute the accusations about the Rafale deal have sharpened her understanding of economics. Her academic credentials are top-flight too: she is a JNU alumna. Nobody can call her a ‘WhatsApp University’ alum. Yet, she stunned the nation by asking this very question in a BJP campaign rally. With this question, Nirmala and her ilk want to establish that there has not been a single terrorist attack or bomb blast during Modi’s term. Because ‘Modi is a chowkidar that sparks fear in the hearts of terrorists.’ Modi, never one to stint on self-congratulation, lauded himself thus in a campaign rally in Ahmednagar.

The questionable hubris of self-praise need not bother us. What is material is this: are the congratulations fairly earned?

There is no cause for dispute if we decide that attacks at Pathankot, Gurdaspur, Amarnath Yatra, Uri, Pulwama etc were not terrorist attacks. But if they are in fact terrorist actions, then what about the martyrs whose name Modi uses to canvass votes? One counter could be that Modi is talking about the India excluding Jammu & Kashmir. Except that data given by the Central government itself refutes this claim. According to a written statement by the Union minister of state for home affairs on December 19, 2018, there were 872 terrorist attacks in Jammu & Kashmir, 1366 acts of terrorism in the North-East and 3045 acts of terrorism involving Naxalites during this period.

This point can also be countered by arguing that Modi is talking about major attacks outside Jammu and Kashmir. What constitutes major and minor terrorist attacks? There is no formal, objective definition for this. We decide the scale of an act of terrorism based on different factors like casualties or target of the attack. The South Asian Terrorism Portal of the Institute for Conflict Management in New Delhi gives a concrete definition of major attacks, according to which a terrorist attack is major if three or more civilians or security personnel are killed. According to this portal, during 2014 and 2018 there have been 388 major acts of terrorism in this country. Even if these are forgotten, what about the Naxalite attack in Dantewada a few days ago? That resulted in death of four security personnel and a BJP leader.

One can indisputably state that Modi and Sitharaman are lying about the scale of recent terrorist attacks in the country. Are we supposed to believe that Modi or his campaign managers did not have access to these statistical reports produced by his own government? If that is the case, then Modi is unfit for the job. But none of his followers will accept that. So, what we are left with is purposeful deceit.

We can provide many examples of Modi’s lies and deceit. But every time the same question will arise – why does this well-respected man feel the need to lie? We must understand this fully. When Modi or Sitharaman deny any occurrence of terrorist activity in the country in the last 5 years of the Modi administration, the aim is to create a definite perception – of Modi’s nationalistic machismo.

When Modi constantly makes statements saying ‘Pakistan is scared of him’, ‘Terrorists shudder at the thought of him’ or ‘Modi is responsible for India’s international prestige’, it is a carefully contrived rhetorical device. Phrases like ‘56” chest’ and ‘red eyes’ are an integral part of this act. Modi’s steely masculinity is constantly exhibited in front of the public.

There are only two exceptions to this. One is the post-demonetisation speech Modi delivered in Panaji. On that occasion, Modi teared up, rather melodramatically, on stage. Crying is considered emasculating, according to the dominant patriarchal rationale, though , today’s metrosexual man displays his liberation from patriarchy by crying without inhibition. It has gained ‘social acceptance’. Modi added his special, contrived, twist to it. He said, ‘I know the kind of power I declared war against. I know the ways in which people will stand against me. They will not leave me alive. They will destroy me. But I shall not yield…’ Even as the country stood for months in unending queues to access their own hard-earned money, Modi declared himself a ‘victim’.

A similar act of victimhood was displayed by him in the last stage of the Gujarat assembly election of 2017. At that time, he claimed that the Congress was plotting against him with the help of Pakistan. (He purposely and forcefully insinuated that ex-PM Manmohan Singh was meeting envoys and military officers of Pakistan at the home of Mani Shankar Aiyyar, with absolutely no proof.)

Modi bravely speaks up against terrorism because he wants a masculine aura around him, and because people want a masculine hero. In order to make this perception even stronger, he denies the Congress or indeed, any of his predecessors in the job of PM, credit for the work they have done. Without a sense of irony, he accuses a party which has lost two of its topmost leaders to terrorism of being sympathetic towards terrorism. Irreverently, he declares that a party whose rule resulted in the partition of Pakistan is scared of fighting Pakistan. And countless people blindly believe him. This creates a perception about Modi. This is the motive behind every lie – creating a desired perception. Modi’s approach is not an accident, it is textbook propaganda. Social media platforms like WhatsApp, Facebook, Twitter are used to spread humorous, utterly fake, made-up information and messages. Despite being educated, experienced, knowledgeable and well-informed we believe many of these messages. As we fall prey to these fake messages, we also fall prey to Modi’s lies.

How do these lies manage to entrap even the best of us? To find an answer to this, we need to analyse the effect ‘repetition; has on us. A renowned American cognitive psychologist, Lisa Fazio of Vanderbilt University, identified the concept of  ‘Illusory Truth’. The title of her research thesis was – ‘Knowledge does not protect against illusory truth.’ According to her, if people compare a new statement and a repeated statement, the repeated statement gets more points for truthfulness. The repeated statement is considered to be objectively true by most. This is the effect of the illusory truth!

The ease with which people understand a statement hides the essence of the Illusory Truth. The ease of understanding a statement is called ‘processing fluency’. What happens when a statement is repeated is this process of understanding gets easier in the repetition as compared to an original one. When we hear the same thing two, three, four times, the grasping capacity of our mind expands. We respond to it more quickly. Our mind is tricked into this quick response, this trap of processing fluency. We get a ‘gut feeling’ – deep emotional connect to the truthfulness of the said statement. This is how rumours are spread and this is how rumours are made believable.

For example, when we hear a rumour from a colleague or a relative for the first time, we do not pay much heed to it. But if we keep hearing same rumour from more people, we begin to believe it. The lie, repeated a hundred times, becomes the ‘illusory truth’.

This is why Modi constantly resorts to lies and deceit, and this is why his associates extend and amplify his lies. We then hail these deceitful statements as the ultimate truth out. And the aura of Super Modi, the Master of the Universe, inflates.

The original article published in The Wire Marathi can be read here.