Why Can’t You Separate Religion From Politics: Open Letter to Rahul Gandhi

"Fearing erosion of majoritarian votes, your reaction to the blasphemy law, mob violence or the protest against the Sabarimala judgement was no different from the BJP's". 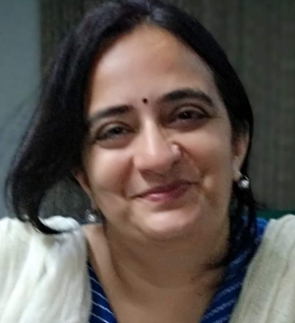 The Bharatiya Janata Party (BJP) was expected to address governance issues better than its predecessor. But the BJP rule at the Centre has painted a sorry picture for the past four years. It has systematically emboldened the ill-advised in order to further their divisive Hindutva agenda. While no emergency has been declared and no laws changed, BJP has perfected the art of looking elsewhere when fanatics take the law into their own hands. They are particularly harsh on their critics – making them suffer with utter disregard for legal procedure.

Incapable of introspection and self-correction, this government has doubled down on its mistakes and sought to promote a favourable image through pliant media and unscrupulous officers. They have taken a wrecking ball to all the important institutions of India while their cheerleaders keep on cheering senselessly.

Naturally, I am looking for alternatives which could fight the might of the BJP in the state. The Congress being the largest party with years of history, automatically qualifies for the job. However, my vote does not automatically belong to it. Not that I have been a BJP voter ever, but I haven’t come to grips with what the Congress has to offer. It is true that most of the sins I have attributed to the BJP could be Congress’s too. But there is also hope.

Hope; because although the Congress has been guilty of many transgressions in the past, almost all the progress India has achieved post-independence has come from them. The present-day Congress is reaping the fruits of the glorious legacy of your great-grandfather Pandit Jawaharlal Nehru, whose idea of secularism is anathema to the Rashtriya Swayamsevak Sangh (RSS). Nehru was a well-loved mass leader, which goes to show that you don’t have to champion the majoritarian cause to be successful. Without the efforts of Nehru along with Ambedkar, the constitution would not have guaranteed proper safeguards for minorities and marginalised communities. The need of the hour is to protect those ideals rather than worrying about being labelled a pro-Muslim party.

Watch: What Is The Importance Of Nehru In Modi’s India

I have grown up hearing that the ideological foundation of a secular, socialist and democratic republic of India rests on four pillars of democracy – the executive, judiciary, legislature and the media – altogether needed to augment each other. The current regime is hell-bent on attacking every liberal ideal your great-grandfather cherished and every institution Nehru and his colleagues built.

I am aware that you are tightening your belts to campaign for the Lok Sabha election in 2019. Your lectures had mention of the secular political democratic credentials of your party, but your actions work in opposition to those ideals. In an attempt to beat the BJP’s Hindutva and pro-Hindu messages, the path you and your party are going down right now – by visiting temples, promising to construct gaushalas in every panchayat or supporting against the landmark verdict of the Supreme Court on Sabarimala – would leave you neither here nor there.

Mob lynching people from minority communities under the pretext of protecting the cow is aggressively followed by saffron groups in north and west India. Fear of being labelled as a Muslim-appeasing party, you and your party prefer to refrain from condemning mob lynchings. The democratic constitution was murdered when blasphemy law was introduced by your government in Punjab and you chose to look the other way.

Fearing erosion of majoritarian votes, your reaction to the blasphemy law, mob violence or the protest against the Sabarimala judgement was no different from the BJP’s. This is akin to taking a leaf right out of the book of theocracy from our next-door neighbour. All these deeds will further embolden the BJP and its cohorts to act with impunity against the constitution of India. It seems there is hardly any difference between the two parties, and voting for Congress will mean going from frying pan to fire.

I can support you only if you take a principled stand and come out categorically against your party’s Sabarimala blunder, repeal the blasphemy law in Punjab and condemn mob lynchings even at the cost of branding your party as a Muslim appeaser or Hindu hater. Why can’t you, like your great-grandfather, a great proponent of scientific temper, separate religion from politics?

I promise you to extend my support if you come out with a secular narrative of championing the ideals of Gandhi, Nehru and Ambedkar. Such a stand would win trust in you and your politics governed by principles of secularism, justice, liberty and fraternity. This is the time of reckoning. If you do not put together a narrative which takes into account the plurality of India, then Hindutva forces will surely consign you to the dustbins of history. In the absence of these ideals, an individual like me, in an act of desperation, may have to resort to boycotting the elections.

We need a clear light shining through.

Jharna Pathak is a faculty member at the Gujarat Institute of Development Research, Ahmedabad and a Secretary of AWAG, Ahmadabad. She can be reached at fmjharna@gmail.com and tweets @Just_Jharna.

All views expressed are personal.