By helming a front that bagged nearly 40% of the votes polled, the AIADMK has shown that it was no spent force and has a possible future if it plays its cards right. 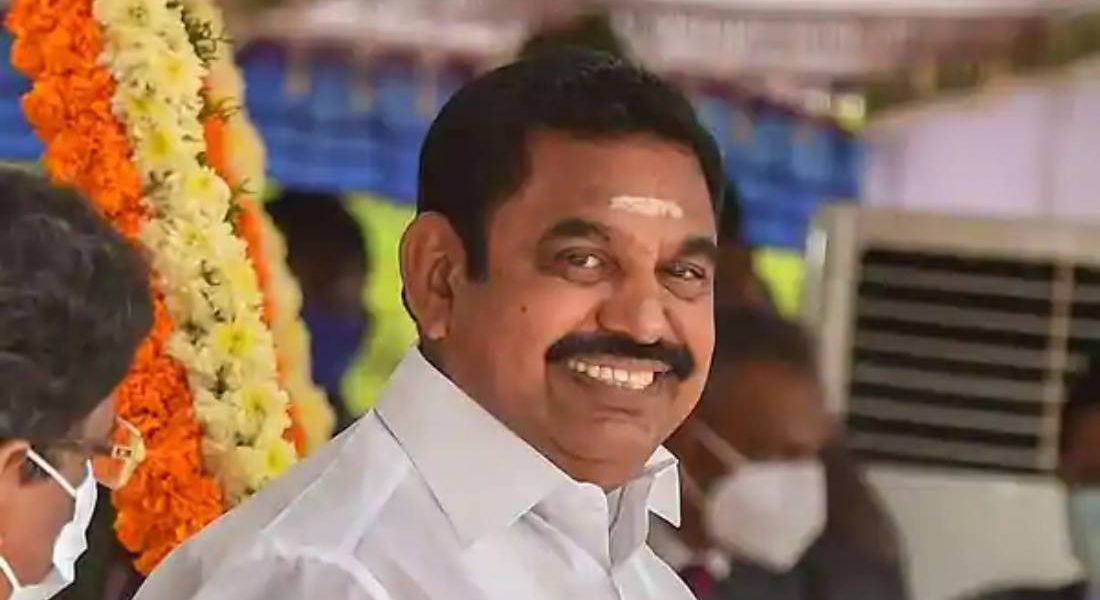 Chennai: On Monday, the AIADMK decided that former chief minister Edappadi K. Palaniswami (EPS) will be the leader of the opposition in the assembly that will convene on May 12. His rival and partner in leadership, O. Panneerselvam, sought to weigh in but the overwhelming majority of the party’s 66 MLAs favoured EPS.

Coming soon after the assembly elections that resulted in an honourable defeat for the AIADMK, EPS’s continued dominance of the party is a sign that caste-based assertion may increasingly be an open, visible and dominating factor in state politics. EPS has come out stronger in the election, with his party obtaining the bulk of its seats from the western region that is the homeground of his caste group, the Vellala Gounders.

By helming a front that bagged nearly 40% of the votes polled, the AIADMK has shown that it was no spent force and has a possible future if it plays its cards right. It also means that a BJP yearning for a strong local cadre and leadership cannot attempt any quick “swallow” of a rump AIADMK, to use the word preferred by a retired senior state police officer.

After the passing of Jayalalithaa and the reunification of its two factions, the AIADMK had formed a joint leadership: Edappadi representing the western region and the Gounders and Panneerselvam representing the south and the Thevars. These two caste groups had come to dominate the AIADMK, the former more so after the death of Jayalalithaa. The AIADMK’s traditional strongholds are in the west and the south, where it grew to fill the space created by the Congress under Indira Gandhi who had vacated state politics in exchange for DMK support in 1971.

Also read: How the VCK Emerged as More Than ‘Just a Dalit Party’ in the Tamil Nadu Elections

In this year’s elections, the AIADMK won 32 of the 54 seats in the west but only 16 of the 60 seats in the south. The OPS faction has attributed the poor showing to Thevars and other caste groups being miffed by the AIADMK government’s move to grant 10.5% exclusive reservation to Vanniars as part of a deal to bring in the PMK into the AIADMK-BJP front.

The EPS-OPS joint leadership forged after Sasikala went to jail became tenuous over time and tensions simmered between the two factions and, by inference, the two caste groups vying for leadership. An assertive EPS pushed OPS to the margins, though OPS staged several rebellions in the run-up to the elections to stay relevant. The current truce, as has been shown in the past, may likely only be temporary without an overarching charismatic leader to mediate competing claims of caste groups.

It has helped Dravidian parties that in their 55 years of rule, some 50 years have been helmed by chief ministers who did not come from any of the numerous and powerful OBC caste groups in the state. While MGR was Malayalee and Jayalalithaa was Brahmin, Karunanidhi came from the Isai Vellalar caste group. Isai Vellalars are a micro community devoted to temple arts, culture and worship, and were often pushed to the margins in their traditional domains by Brahmins.

The three leaders did indulge in caste-based social engineering. For instance, Karunanidhi included the Gounders in the OBC list though they were relatively prosperous and had their own business and educated elite. An early chief minister of the then Madras presidency who came from the Gounder caste group was K. Subbarayan, father of noted communist leader Mohan Kumaramangalam. Karunanidhi created an exclusive quota for the Arundhathiyar, the cobbler caste group, within the SC quota and carved out a Most Backward Class quota within the BC quota largely to woo Thevars and Vanniars. During Jayalalithaa’s rule, the influence wielded by Sasikala and her clan was often taken as extending to the Thevar caste group to which they belonged.

Despite this, the leaders themselves did not have a caste stake in what was happening. They were offering sops to caste groups, in exchange for political support, but could be trusted to ensure the balance did not tilt too much either way.

In contrast, EPS making an openly caste-based claim to lead a major Dravidian party is a relatively new phenomenon, one that flies against the face of Dravidianism. It must, however, be said that the AIADMK’s unexpectedly strong showing can be attributed to EPS who had become the party’s and the administration’s face. He campaigned hard and put himself out as the one challenging M.K. Stalin and the DMK. Shrewd moves such as offering a Rs 2,000 election-eve cash dole during Pongal and the manifesto promise of giving away washing machines only helped his cause.

EPS was practically a non-entity before he assumed office as chief minister and his rise had been helped by access to government patronage and position. As opposition leader that will not be available and hence it will be doubly hard for EPS to move too far beyond his caste-based support base.

The ball is in Stalin’s court now. An effective administration and delivering on campaign promises will bring its own dividends. EPS has shown that there is a constituency for government performance and that Tamil voters are increasingly transactional – expecting certain goods and services in exchange for their votes. Good governance will help Stalin stand his ground if the BJP seeks to build a largely caste-based coalition as an alternative to Dravidian politics which is centred around Tamil identity and hostility to Hindi, Sanskrit and Brahminism.

An interesting sidelight of the election results that can offer some comfort to Dravidianists is the relatively strong showing of the Naam Tamizhar Katchi of former film actor Seeman. Popular among Tamil youth and fishermen communities, NTK obtained more than 6.5% of the votes polled, although a caveat must be added that those votes can in part be attributed the party fielding candidates in all the 234 Assembly constituencies.

Seeman makes a distinction between his party’s platform and that of Dravidian parties by delinking Tamils from other south Indians and championing a purely Tamil identity, not a pan-South Indian Dravidian one, and also by embracing Tamil religious practices. The DMK sees him as playing the BJP game by taking away some of its votes. That Seeman’s virulent Tamil nationalist platform has many takers, however, indicates that Tamil identity and language pride remain strong in the state and could help the DMK if a direct match-up with the BJP were to ever happen.

M. Kalyanaraman is a print and broadcast journalist based in Chennai.