How the Women of Bengal Carried Mamata Banerjee to Victory

While the TMC chief had spent her term as West Bengal’s chief minister empowering the female electorate, the BJP used misogyny and charted its own downfall. 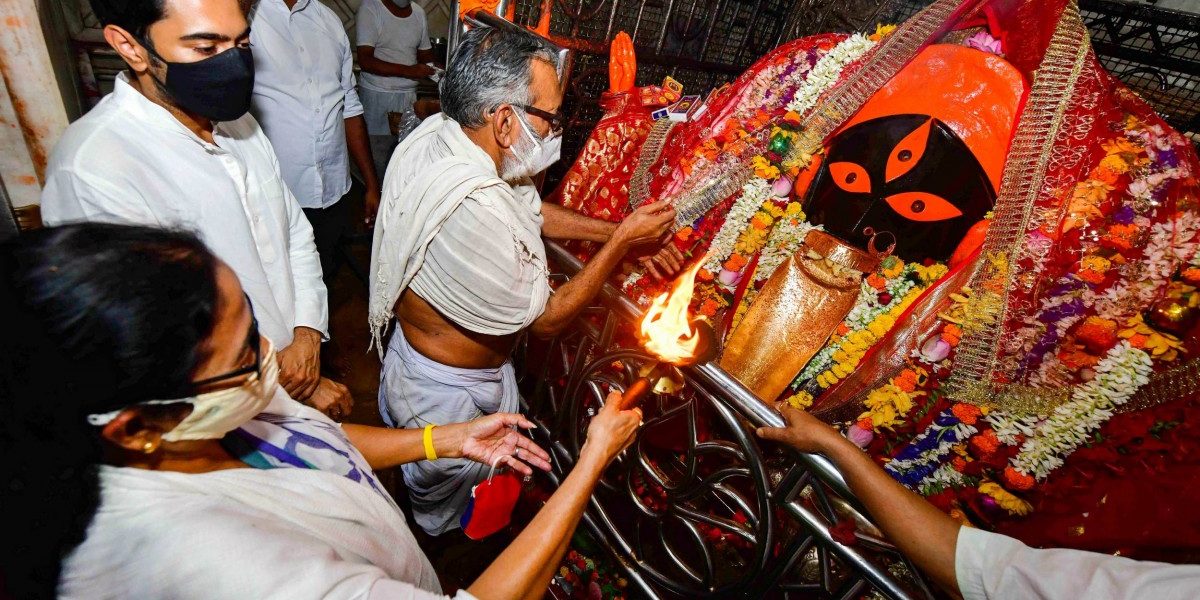 It was heartening for many of us to witness the massive mandate with which Mamata Banerjee beat the country’s biggest political party, the Bharatiya Janata Party (BJP), in the 2021 West Bengal assembly polls.

Her party won more seats in this election than it had in the assembly polls of 2016. This was quite surprising because this time, according to poll analysts, Banerjee faced greater odds than she had in the 2016 polls. For instance, poll pundits predicted an anti-incumbency trend that would be exacerbated by the formidable power of the BJP’s campaigns led by India’s prime minister and Union home minister themselves.

Despite the fact that four other states were up for elections at the same time as West Bengal, it seemed clear that the BJP was determined to destroy Banerjee at all cost, perceiving West Bengal as the last bastion of secular India. They went up against her with all guns blazing: Prime Minister Narendra Modi’s charisma, Union home minister Amit Shah’s Machiavellian strategies, BJP president J.P. Nadda’s organisational skills, the RSS’s polarising ideology and the tacit support of the machinery of the Indian state. Even so, Banerjee won. The vote share of the Trinamool Congress (TMC) moved up to 48% from 40% while that of the BJP came down to 37% from 40%. Never could the BJP have imagined losing West Bengal so miserably.

What led to the RSS-BJP’s political apocalypse in West Bengal? I think the following factors played decisive roles in Banerjee’s victory.

For the past couple of years, no state or union territory in India has been headed by a woman except West Bengal. The underrepresentation of women in the political landscape is now a pan-Indian feature. While the Modi government claims to have ameliorated the fate of Muslim women by criminalising triple talaq, it shows no substantive interest in passing the Women’s Reservation Bill despite an absolute majority in parliament for the past seven years.

Banerjee on the other hand has made some remarkable adjustments in West Bengal by reserving 50% of the seats in local bodies for women. She sent a good number of female MPs from her party to the Lok Sabha in 2019, each one as vocal as herself. She made it her priority to focus on female voters who comprise almost 48.5% of the electorate and initiated as many as 250 welfare schemes for them related to education, empowerment and economic rehabilitation, including the Kanyashree Prakalpa, Rupashree Prakalpa and Sabooj Sathi schemes. The frequent organisation of ‘Saheli Sabhas’ (women’s meetings) in all the 341 blocks of West Bengal was yet again a pragmatic approach to ensuring that every woman in the state gets the benefits of welfare schemes.

At the ground level, the TMC has a good number of female representatives in local bodies, some 10 million ASHA workers (community health workers) and more than 70,000 anganwadi (child care) workers across the state. All these steps have been instrumental in entrenching a solid support base for Banerjee among the female voters of the state. 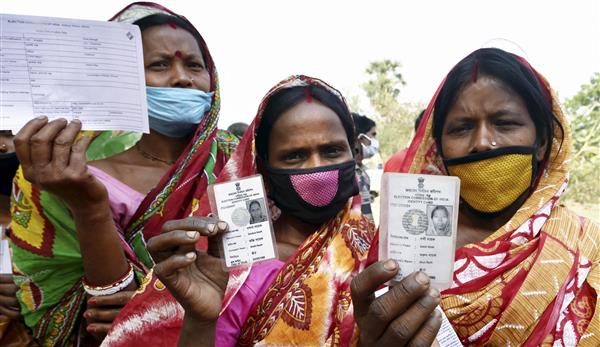 Banerjee’s simplicity is manifested in her sartorial preference. It offers a strong counterfoil to Modi’s Rs 1 million-suit narrative. This image of a mass leader with embodied frugality resonates strongly with the people of her state. Again, unlike Modi who creates the image of an arrogant and unapproachable leader by indulging only in monologues and not dialogues, Banerjee ensures that her electorate, especially the women, can voice their resentment directly to her through various channels made exclusively for this purpose, such as the portal Didi ke Bolo (Tell Didi).

The phrase ‘Didi-O-Didi’ turned out to be political harakari for the BJP in West Bengal. In one of his rallies, Modi, as they say, crossed all Laxman Rekhas (lines) when he execrably cat-called Banerjee with ‘Didi-O-Didi’, mimicking the tone and tenor of roadside rowdies who harass women traversing the public-masculine space by making cheap, lewd and misogynistic comments.

This repugnant behaviour on the part of the Prime Minister of India against a female opponent was seen as the lowest nadir in the history of political campaigning. It shocked and enraged many women across India and it was difficult for the women of Bengal to fathom the indecorous manner in which Modi targeted Banerjee. The tone in which ‘Didi-O-Didi’ was delivered was identified by women with the harassment that they are subjected to every day.

Unfortunately for India, Modi committed a double blunder. First, he showed disrespect to not only Mamata but all women by behaving like a lecherous rowdy. Second, he forgot to maintain the dignity and integrity of the office of the Prime Minister of India by failing to behave appropriately. The irony is that Modi had made many sacrifices to build his demi-god image, but it took only one cat call from his own lips to demolish it.

The BJP’s typical jingoism failed to resonate with the Bengali audience as strongly as it would have done in the Northern states of India. Instead of providing a blueprint on real issues such as unemployment and health emergencies, Uttar Pradesh chief minister Yogi Adityanath played his worn-out Ram Rajya and ghuspaithiya (Muslim intruders) cards. Yogi’s pledge to transform (asol parivartan) West Bengal on the lines of his own state of Uttar Pradesh filled voters with genuine apprehensions, especially the women. Ever since Adityanath came to power in 2017, crime rates in UP have gone up and crimes related to women have doubled.

The very thought of the imposition of laws against love marriages (referred to by Adityanath as ‘love jihad’) scares the relatively free-spirited women of Bengal stiff. Any law that threatens to deprive women of their fundamental right to choose a partner in marriage is by its very character anti-women. Apparently, a myopic Yogi Adityanath failed to understand the nuances of the Bengali milieu.

Banerjee’s 2016 campaign slogan, ‘Maa, Maati, Manush (mother, motherland, people)’, prioritised women’s issues. It remains one the TMC’s core tasks. By making Adityanath their star campaigner and allowing him to refer to his own state as a model of development, the BJP’s strategy was both misplaced and quixotic. The brutal incident of the rape and murder of a Dalit woman in Hathras, UP, is still fresh in public memory, highlighting the fact that, according to the National Crime Records Bureau, UP alone accounted for nearly 15% of all registered crimes against women in India in 2019. Yet another study found that between 2017, when Adityanath became the chief minister of UP and 2019, Uttar Pradesh recorded the highest increase in crimes against women in the country at 66.7%. Adityanath’s image of a chief minister who cannot control crimes against women did not go down well with the women of Bengal. A young Bengali woman remarked contemptuously, ‘Yogi should try to put his own house in order before talking about other states’.

The brazen disregard for women explicitly displayed in the misogynistic remarks made by BJP politicians in recent times and the unapologetic silence of their supreme leader, Narendra Modi, on their unruly comments was shocking for a large majority of women in Bengal. Of the several takeaways from the poll results of West Bengal, the one that signifies the game changing role of female voters is something that no political party can undermine.

Political analysts and psephologists credit Mamata Banerjee’s massive win despite all odds to the female voters of West Bengal. Meanwhile, the BJP’s election strategists should now realise that the Lord Ram rhetoric alone will not help them win elections. The Goddess Durga/Chandi narrative is equally influential. After all, the 2021 West Bengal assembly elections were about one fierce (wounded) woman who fought like a tigress – a real Bengal tigress!