While Bengal Is in Turmoil, Men Explain Marxism to Me

Till 2021, party supporters suggest that the CPI(M) will stay in the shadows and watch the BJP bring down the TMC government.

To those unfamiliar with Bengal, the archetypal Bengali is an ideologically-driven Marxist (usually male), immersed in a world of lofty ideas.

Over decades, West Bengal’s intellectual culture has developed a halo of political romanticism around it. Arguably, the Communist movements of the 1960s and ’70s, and the Naxal armed insurrection commencing in the late-1960s, played a substantial part in creating that image. However, the installation of the Left Front government in 1977 and over three decades of its hegemonic rule eventually produced a culture which was the very antithesis of that romantic political imagination.

The halo might slowly be disappearing, but the myths built around it have stabilised in the popular imagination within and outside Bengal. The idea of the intellectual Bengali Marxist has endured. Never mind that much of their intellectual discourse, peppered with meaningless jargon, has become sterile. The Bengali mind – even as it failed to cast a look beyond its own world to explore novel ideas – continues to firmly believe in its own cultural and political supremacy.

The world outside, however, has mutated as it has convulsed in waves of change – economic, political and cultural. Dogmatic ways of interpreting the world have given over to more open-ended analyses of conditions.

West Bengal, strangely, has remained inured from all this. Over time, the word ‘ideology’ became a catechism in Left intellectual and activist circles. Ideology became a word casually bandied about at addas, a traditional hub of Bengali life. It became a weapon in the Left’s armoury, with dogmatic ideologues (no dearth of them in Bengal) using the word as a stick to beat others with.

This, despite the fact that Bengal wasn’t exactly unfamiliar to right-wing thought or politics. The existence of thousands of schools run by the Rashtriya Swayamsevak Sangh (RSS) across Bengal’s districts, in the far-flung tribal areas, and the strands of right-wing conservatism and political ideology that were an inseparable part of Bengal’s history, didn’t seem to alert the Leftists to a possible future challenge.

Not even when the Narendra Modi-led government rode to power at the Centre with a thumping majority in 2014, did the ideologically-conscious Left intellectual or activist consider the danger ahead.

Or did the ideologues deliberately choose to look the other way and allow the Bharatiya Janata Party to destabilise the Mamata Banerjee government? By now, we all know that large chunks of Left supporters – particularly those loyal to the Communist Party of India (Marxist) – voted for the BJP in this Lok Sabha election. CPI(M) general secretary Sitaram Yechury himself admitted to this, not in regret but in justification, at a recent press conference.

The BJP, meanwhile, has never had it so good. Banerjee, the only leader who matters in the Trinamool Congress, is on the defensive. From hiring a poll strategist to rebuking Jai Shri Ram sloganeers and sending them to jail, Banerjee is thrashing about in the political eddies, looking for a winning straw.

Violence, a familiar marker of Bengal politics, is at an all-time high. In place of the CPI(M), now the BJP stands as Banerjee’s prime adversary. Political configurations are rapidly changing.

The killing of TMC workers by the BJP and vice versa is an everyday affair. Political control is shifting from the TMC to the BJP. Aided by TMC defectors, the BJP is rapidly taking over the state’s civic bodies. Darjeeling is the latest on a list of four other civic bodies – Bhatpara, Kanchrapara, Halishahar and Naihati – that the BJP has wrested from the TMC.

Stepping up pressure on the Banerjee government and absolving itself of all violence, the Ministry of Home affairs on Sunday issued an advisory, expressing “deep concerns” over the “unabated” and continued post-poll violence. “The unabated violence over the past weeks appears to be a failure on the part of the law enforcement machinery of the state to maintain the rule of law and inspire confidence among people,” the advisory said.

Bengal’s governor Keshari Nath Tripathi is scheduled to meet the prime minister on Monday to discuss the situation in the state.

This turn of events leads one to ask whether the Central government is preparing a case for imposition of president’s rule in the state. BJP leaders are keen to topple the TMC government before 2021. The party wants to cash in on the current popular mood. The BJP’s multi-pronged strategy includes leveraging Mukul Roy, former TMC leader and now a prominent BJP face, to engineer defections from the ruling party, alongside using the party’s muscle power to keep violence going. Last but not least, the party would like to keep the heat on its core allegation against Banerjee – her “appeasement” of the Muslim community.

From all indications, the sale and consumption of beef – both legal in Bengal – could be the next flashpoint. Faced with threatening phone calls and dire warnings on social media, Arjun Kar, the head of an event management firm, recently junked his plan to launch a day-long beef festival on June 23 in Kolkata. 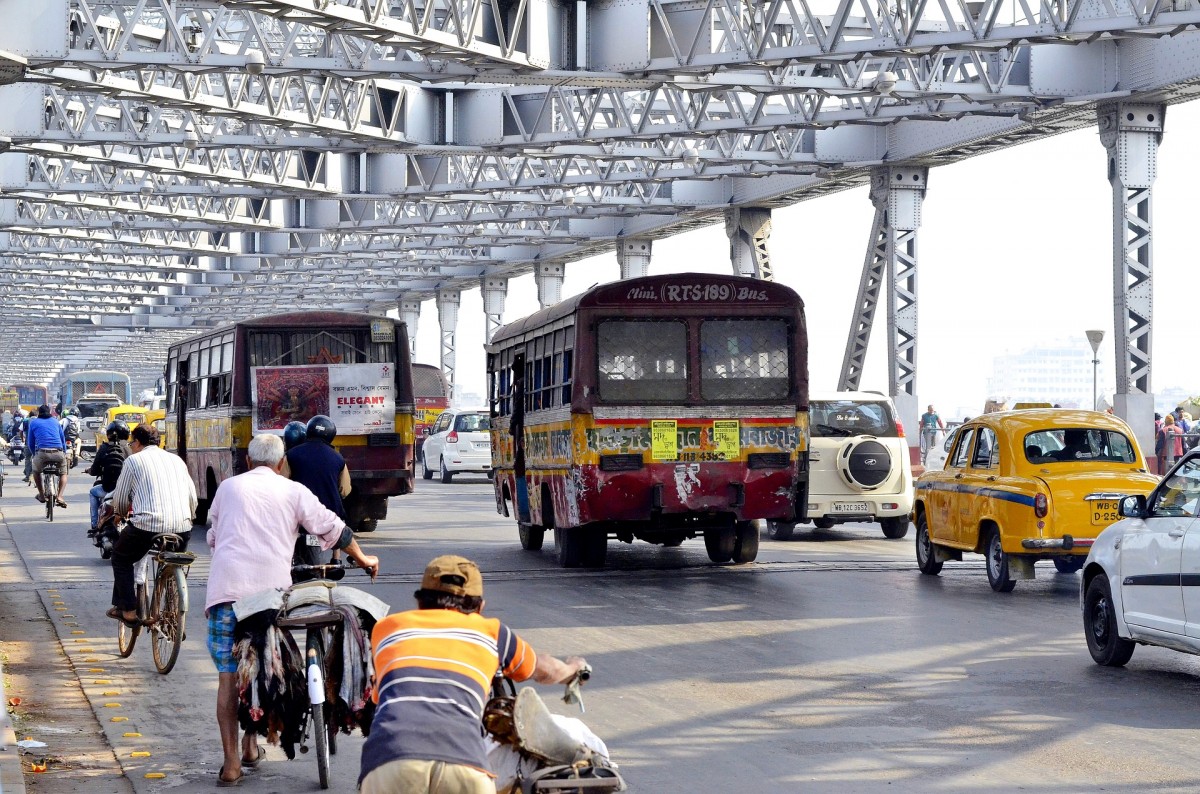 A bridge in Kolkata. Image: travelphotographer/Pixabay

The CPI(M) is still missing from all this turmoil. In informal conversations, supporters appear not unduly bothered about what may become of their state if the BJP does manage to come to power in the next assembly elections two years from now.  “The BJP may come to power in 2021. But we need to go down that dark path to emerge into light,” a leftist intellectual told me recently. That, they reason, is when the ideological fight will begin. Till then, the CPI(M) will stay in the shadows and watch the BJP bring down the TMC government.

Strangely, even while abandoning the ideological fight against the Right, the Left continues to leverage ideology as their sole preserve. Some are utterly dismissive of formations like the Aam Aadmi Party (AAP). Like the TMC, the AAP too, is a “company” not a “party,” I was informed the other day.

As I wander, read, keep my eyes open and engage people in conversations in an effort to better understand the shifting terrain in Bengal right now, hardened Leftist intellectuals seem to have the least insight, and the most uncompromising vision of what has to be done. Instead of grappling with the disappearance of the Left and the rise of Hindutva forces that will definitively transform the landscape of the state, they – mostly men – are satisfied to explain Marxism to me.

I wish them well but fear that a proper interpretation of scripture will not supply an answer to the predicaments gripping the state in this critical moment of turmoil.