BJP workers had been unhappy that so many new entrants had been given tickets to begin with. 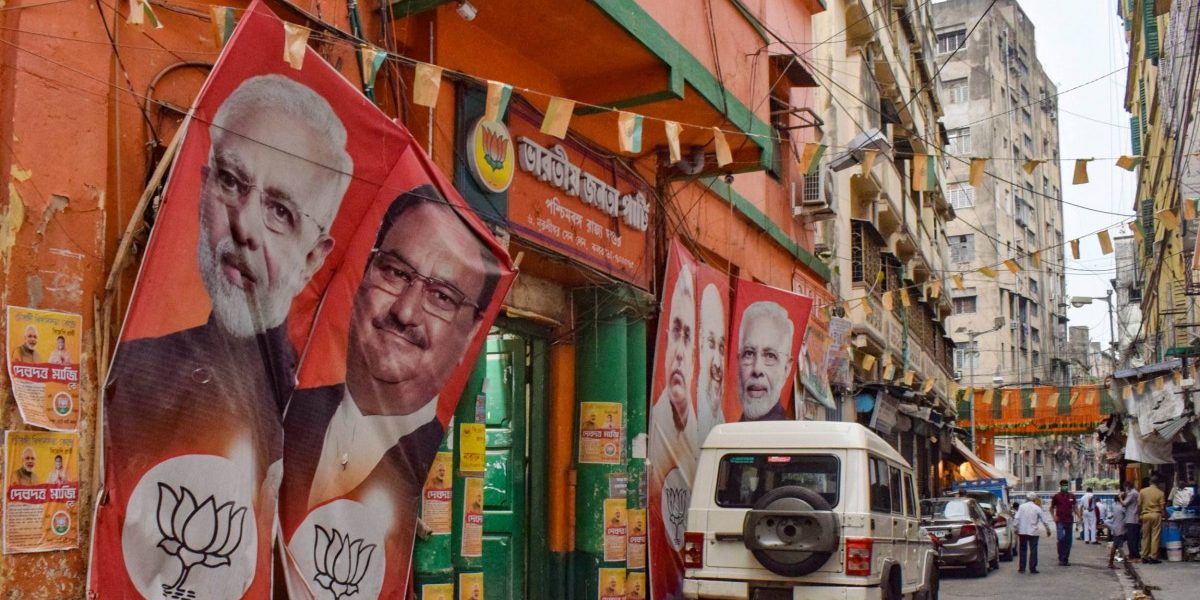 Kolkata: Defecting from the Trinamool Congress (TMC) to the Bharatiya Janata Party (BJP) has not been a good decision for most of the state’s turncoat MLAs, it seems from the election results. Of the 19 sitting MLAs from the TMC, the Left and the Congress who joined the BJP since 2019 and contested on a BJP ticket this time, only five have managed to win.

The winners are Suvendu Adhikari from Nandigram, Mihir Goswami from Natabari, Partha Sarathi Chatterjee from Ranaghat Northwest and Biswajit Das from Bagdah who came from the TMC, Tapasi Madal from Haldia who came from the CPI(M) and Sudip Mukherjee from Purulia who won the 2016 election as a Congress candidate.

The list of the unsuccessful ones is quite long and includes heavyweights. Rajib Banerjee was a minister who joined the BJP, following Adhikari. He had won from the Domjur assembly seat by a comfortable margin of 25,000 votes in 2011 and a massive margin of 1.07 lakh votes in 2016. Now, he lost by a handsome margin of 42,620 votes.

Another important loser is Subhranshu Roy, son of Mukul Roy, Mamata Banerjee’s one-time right-hand-man who joined the BJP in 2017 and became a national vice-president in 2019. Though Roy Senior won from Krishnanagar North in Nadia district, marking his first victory in an assembly or Lok Sabha election, Roy Junior, a two-time MLA from Bijpur who won in 2016 by a margin of 47,954 votes, lost by 13,347 votes this time.

Yet another major loser was Rabindranath Bhattacharya, who won four times on a trot from the Singur assembly seat since 2001. This time, the 89-year-old was denied a ticket, following which he joined the BJP and bagged the BJP ticket. He lost to Becharam Manna, Bhattacharya’s one-time election manager and two-time MLA from neighbouring Haripal constituency. The margin was a comfortable 25,923 for Manna, while Bhattacharya in 2016 had won from Singur with a margin of 20,327 votes.

Sabyasachi Dutta used to be the mayor of Bidhan Nagar, administering Kolkata’s satellite town of Salt Lake and a two-time MLA from Rajarhat-New Town. He joined the BJP in 2019 and became a state unit secretary. His new party fielded him from the neighbouring Bidhan Nagar assembly to take on outgoing fire services minister Sujit Bose, Dutta’s arch rival in the TMC. Dutta lost by 7,997 votes.

Also read: How the Women of Bengal Carried Mamata Banerjee to Victory

Uttarpara’s Prabir Ghosal, who won on a TMC ticket in 2016 by a margin of 12,000 votes, lost by a margin of 35,000 votes this time, contesting on a BJP ticket from the same seat. Ghosal had switched camps just ahead of the elections, anticipating that he might be denied a ticket by the TMC this time. Diamond Harbour MLA Dipak Haldar had similar apprehensions, joined the BJP and bagged their ticket. He ended up losing by 17,000 votes.

Bally’s Baishali Dalmiya, Manteshwar’s Saikat Panja and Kalna’s Biswajit Kundu saw a similar fate. All of them were unlikely to get a renomination and switched over to the BJP

Pandabeshwar’s outgoing MLA Jitendra Tewari, who also served as Asansol’s mayor until resigning to join the BJP in January 2021, lost by 3,500 votes.

This fate of the defectors is likely to take the wind out of any political defection drive at present, even though chief minister Mamata Banerjee has said that the party’s doors are not closed to all deserters, barring a few.

The BJP has not failed to take note of this trend. The party’s state unit president, Dilip Ghosh, said soon after the trend of the results became clear that the party would assess if the people did not welcome the idea of fielding so many turncoats.

Inside the BJP, a blame-game is on over giving nominations to those who came from other parties on a priority basis. A senior state unit leader, who spoke on the condition of anonymity, cited how workers broke out in agitations in most of these losing seats soon after the outgoing MLAs from other parties were named as the BJP’s candidate.

Incidentally, the Rashtriya Swayamsevak Sangh (RSS), the parent organisation of the BJP, had raised several concerns in 2019 about mass induction of TMC leaders, often those facing corruption charges, into the BJP. Two back-to-back issues of the RSS’s Bengali mouthpiece, Swastika, had cautioned the BJP in 2019 about the perils that these inductions could bring. However, the party’s central leadership did not pay attention.

“Those who came last got tatkal tickets. Those who worked for years were put on the waiting list. The party’s workers did not take it well and, as it appears, it did not work in favour of the party during the elections,” said a senior state unit leader of the BJP on Monday.

The leader cited how the central leadership censured state leaders Sayantan Basu and Agnimitra Paul after they publicly objected to Tewari’s possible entry into the BJP, thanks to Adhikari. “We won votes in Pandaveswar fighting against him. Why should we now fight with him as the face?” Basu had said.

These statements had temporarily stalled Tewari’s joining event, which would formalise just a few days before the elections were announced.

Even Adhikari, who still emerged victorious by defeating Mamata Banerjee by a slender margin (the TMC has said they are going to challenge the counting) is not relieved. He himself won, but lost the district of East Midnapore which had been a family bastion for over a decade. Of the 16 seats in the district, the TMC won 10. Both the MPs from the district are from the Adhikari family, members of which followed Suvendu to the BJP. But retaining these Lok Sabha seats is not going to be a cakewalk for the Adhikaris anymore.

Anticipating that some of these defectors may now try to return to the TMC, Banerjee on Sunday evening said, “If some of them want to return, let them!”