What Will the West Bengal Election Result Mean for Bihar's Political Parties?

The BJP's defeat has put it on the back foot, while the opposition will feel reinvigorated not just by Mamata Banerjee's victory but also due to Lalu Prasad Yadav's release from jail.

Patna: The Mamata Banerjee led Trinamool Congress’s emphatic victory over the Bharatiya Janata Party (BJP) in West Bengal has created excitement among the Rashtriya Janata Dal (RJD)’s cadre in Bihar though their celebrations remain “subdued” because of the devastating second wave of COVD-19.

This is more so because the party’s young leader Tejashwi Yadav had taken an enormous risk by going out on a limb and extending support to Banerjee, opposing the powerful BJP helmed by Narendra Modi and Amit Shah. He also sent repeated messages to Biharis living in Bengal to vote for the TMC. 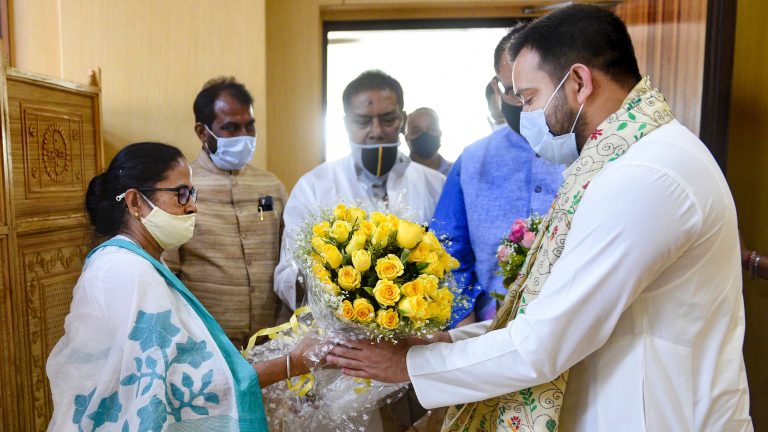 At that time, his father Lalu Prasad Yadav was in jail. The CBI was vociferously opposing his bail petition in court. The RSS-BJP were ‘furious’ at Tejaswhi for giving a battle cry against the saffron party in a state where the RJD had “little stake”. But trained in his redoubtable father’s formula to ferociously attack the RSS-BJP at every available opportunity, Tejaswhi’s support to Mamata was comparable to Lalu acting against L.K. Advani in the 1990s. And Lalu Prasad led his party supporters in relishing the BJP’s defeat.

The RJD’s national general secretary and spokesman, Manoj Jha, put things in perspective. He said the RJD is going to stick to the basics. “The people have placed immense trust in us and it was evident in the way they accepted the leadership of Tejashwi Yadav. We will also continue to talk to all progressive forces across the country – offer support to them and wherever we can and expect theirs when we need it,” he said.

Jha said that the RJD is confident that the Modi government’s handling of the COVID-19 crisis has seen people become eager to “drive it out of power”. The RJD will side with the people’s wishes, the MP said.

Out of jail, Lalu begins work

Lalu Prasad Yadav was formally released from judicial custody on May 3. He was shifted to his daughter, Rajya Sabha MP Misa Bharti’s Delhi home from the All India Institute of Medical Sciences (AIIMS) in Delhi. The family has decided to keep him in ‘isolation’, fearing that he will be mobbed by overjoyed RJD supporters, exposing him to the possibility of COVID-19.

But the grapevine has it that Lalu is at work, talking to his cadres over the phone to comprehend the ground reality. He is already mulling over the possibility of uniting the opposition parties against the BJP. Already an integral part of the Congress-led United Progressive Alliance (UPA), Lalu enjoys tremendous goodwill with the Left party leaders, NCP’s Sharad Pawar, Samajwadi Party’s Mulayam Singh Yadav and Akhilesh Yadav, besides the DMK leaders in Tamil Nadu.

Lalu held a virtual meeting with his party MLAs on Sunday. The sources close to him said that after meeting his MLAs and getting their feedback, he might join the efforts at the national level to forge unity against the BJP in the run-up to assembly elections in Uttar Pradesh next year and general elections in 2024. It is a foregone conclusion that the RJD will go whole-hog against the BJP in Uttar Pradesh. The BJP has already registered a poor show in the just-concluded panchayat polls in the state and Lalu will hope that he is able to leverage any anti-incumbency sentiments.

Manoj Jha told The Wire, “Mamataji’s spirited campaign and victory over the BJP has demonstrated that it is possible to successfully take on the money power of the BJP. The RJD will play its role to unite the non-BJP parties at the all India level.”

Lalu’s activities now hark back to the situation in 2014. At the time, when he was released from prison after Modi led the BJP to victory in the general elections, Lalu initiated efforts to unite six of the old Janata Dal parivar members, including the Samajwadi Party of Mulayam Singh Yadav and Janata Dal (United) of Nitish Kumar. Mulayam Singh Yadav was also nominated as the head of the six Janata parivar members to be merged in 2014 in Lalu’s presence at Mulayam’s Lucknow home. Somehow, it didn’t work but Lalu’s RJD, Nitish’s JD(U) and the Congress formed a mahagathbandhan (grand alliance) in Bihar, decimating the BJP in the 2015 assembly elections.

“The time is again appropriate for Lalu to play the role in uniting the opposition against the BJP at the national level,” a party insider told The Wire. 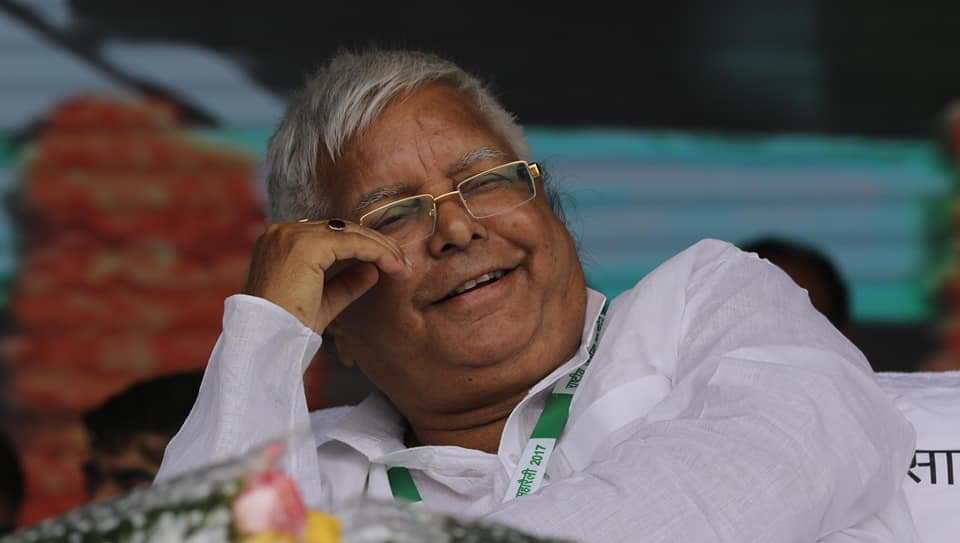 Sense of relief in Nitish camp

Meanwhile, the JD(U) chief Nitish Kumar is apparently experiencing a sense of relief after the BJP’s defeat in Bengal. Though the BJP let Nitish retain his chief minister seat despite his JD(U) being reduced to 43 MLAs in last year’s assembly elections, the saffron party spared no opportunity to ‘humiliate’ Nitish. It replaced his trusted deputy and the relatively moderate Sushil Kumar Modi with Tarkeshwar Prasad and Renu Kushwaha – longtime RSS workers – as his new deputies.

The Modi-Shah brigade also nominated the BJP’s Vijay Kumar Sinha as the assembly speaker, ignoring Nitish’s wishes. The RSS-BJP had planned to tighten the noose around Nitish more if it had conquered Bengal. Luckily for Nitish, the BJP stands decimated in Bengal and is now seized with the challenge to retain power in Uttar Pradesh next year.

Of late, Bihar BJP president Sanjay Jaiswal has begun attacking Nitish Kumar for ‘mishandling’ the pandemic. Though Nitish has not retorted, his party’s senior leader, Upendra Kushwaha has attacked Jailswal stating, “This is not the time to play politics in the name of COVID-19.” Unconfirmed reports are doing the rounds that Kushwaha and the JD(U) MP Lallan Singh met Lalu Prasad in New Delhi, fuelling speculation.

However, it’s too premature to make a definitive prediction on the possibility of the two parties allying. Both Lalu and Nitish are seasoned operators and as such it will amount to sticking one’s neck out in predicting an RJD and JD(U) alliance so early. The only thing that can be said at this stage is that Nitish is uncomfortable in the company of the BJP led by Modi and Shah.