With a section of Muslim people voicing support for BJP, the party has toned down its communal rhetoric while campaigning in the region – with the notable exception of Nandigram. 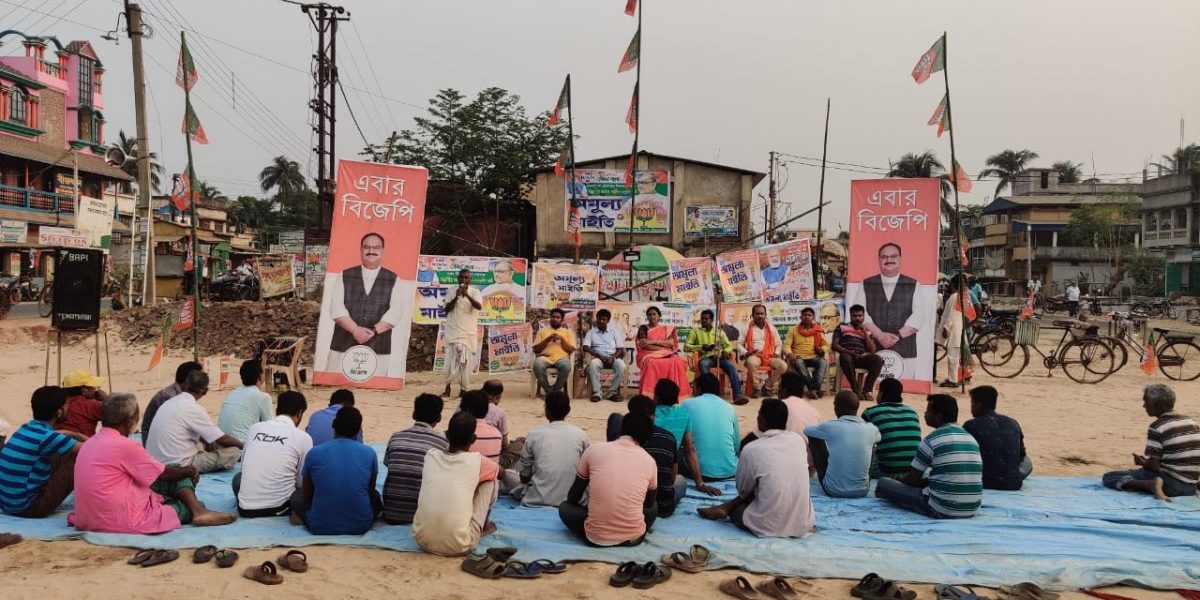 Kharagpur/Haldia: At a small hamlet near Panskura, Abdul Mollah explains why the Bharatiya Janata Party, an unexceptional presence in West Bengal until recently, shot up dramatically on the popularity chart in the last two years.

“I am a civic volunteer – a state government-appointed worker who helps police manage traffic and other day-to-day law enforcement activities. I speak to a lot of people every day. What I gather is that there is discontent among a lot of people against Trinamool Congress leaders who have dealt with any dissent quite violently. Since BJP had the Centre’s backing, and was working hard to gain ground here, everyone in the opposition joined it,” Mollah says.

“So, corruption wasn’t a problem?” this correspondent asks, considering that local-level leakages of all state-run welfare schemes was the dominant refrain in the assembly seats that went to polls on March 27.

“Corruption is only a part of the reason. TMC leaders’ control over basically everything is the bigger problem,” Mollah says.

“Ordinary people had already shown an inclination towards the BJP in 2019 Lok Sabha elections. The poor management in the aftermath of (Cyclone) Amphan last year marked a decisive shift against the ruling party,” he explains, adding that he would anyway vote for TMC since BJP encourages sampradayikata, the Bengali for ‘communalism’. 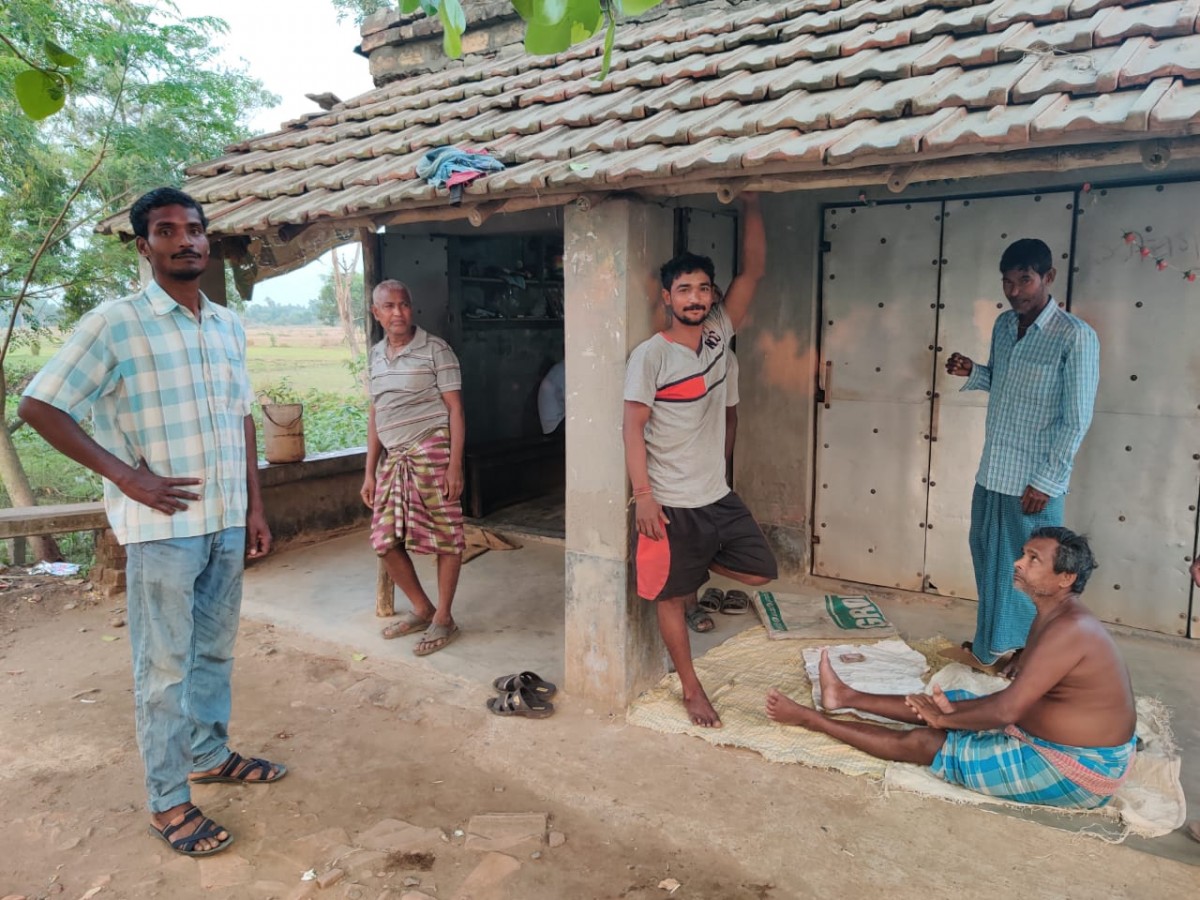 Across constituencies of Purba and Paschim Medinipur, districts where the TMC won three of the four Lok Sabha seats in 2019, the perception that undeserving people, associated in some or other way with the TMC, cornered most of the Amphan relief funds which were sent by the chief minister Mamata Banerjee has gained tremendous ground.

The BJP has caught on to the narrative of “Amphan durniti” (Amphan misgovernance), and has been running an aggressive campaign against the ruling party. Not only is there anger with the fact that lack of adequate irrigation in the region has resulted in severe losses for farmers over the years, BJP is now being perceived as the party which may open up alternative employment opportunities in the area.

“Every house in our village was damaged when Amphan happened. But those whose houses were damaged received only Rs 5,000, whereas those who had hardly suffered any setbacks got Rs 20,000,” says Dinkar Parmanik, in Kankurda village of Mohishadal assembly seat, one of the centres in Purba Medinipur where Amphan hit the hardest.

Pramanik indicated that the political mood here is of poriborton or change.

“We have nothing against our Muslim brothers. Our problem is with the TMC,” said another person by his side, when asked about the perception that BJP is communal.

In villages, where Muslims are in a majority, people speak of the same problem. However, like the civic volunteer Mollah, they do not think of BJP as an alternative. 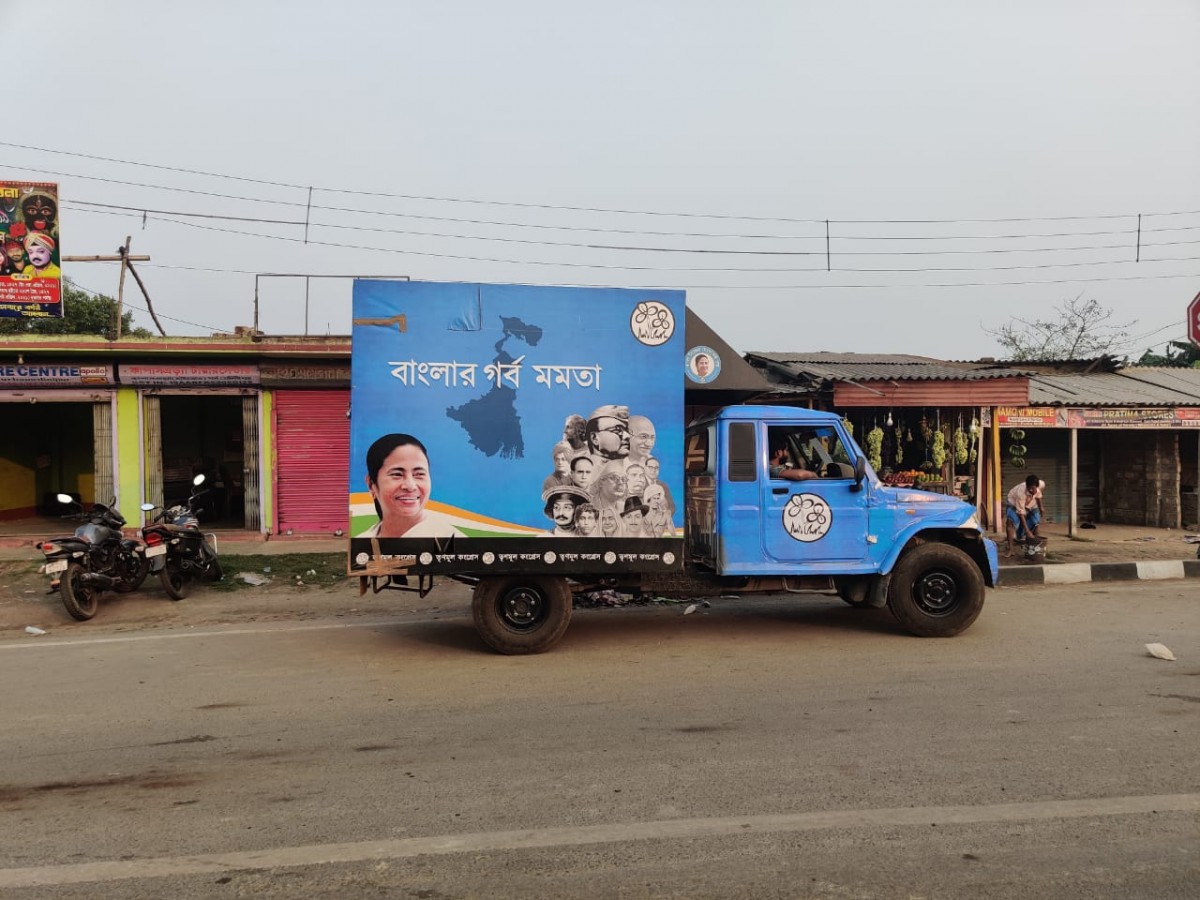 The Amphan narrative has polarised the region drastically on religious lines. While people in Hindu-majority villages hope for a change in the upcoming elections, those with a substantial population of Muslims still prefer TMC over BJP.

As a result, the default Hindu consolidation in the region appears to give a distinct advantage to the saffron party. Unlike seats in the first phase where the Muslim population is well under 10%, the Medinipur region has a higher population of the community (around 15% in Purba Medinipur and 11% in Paschim Medinipur according to the 2011 Census) but not enough to dictate the results.

Yet, aware of its limitations in constituencies where Muslims can reverse this edge, the BJP has taken care not to run a militant Hindutva campaign, and has relied heavily on the “Amphan durniti” campaign. It has also tried to loop in former Left Front and Congress supporters among the Muslim community. 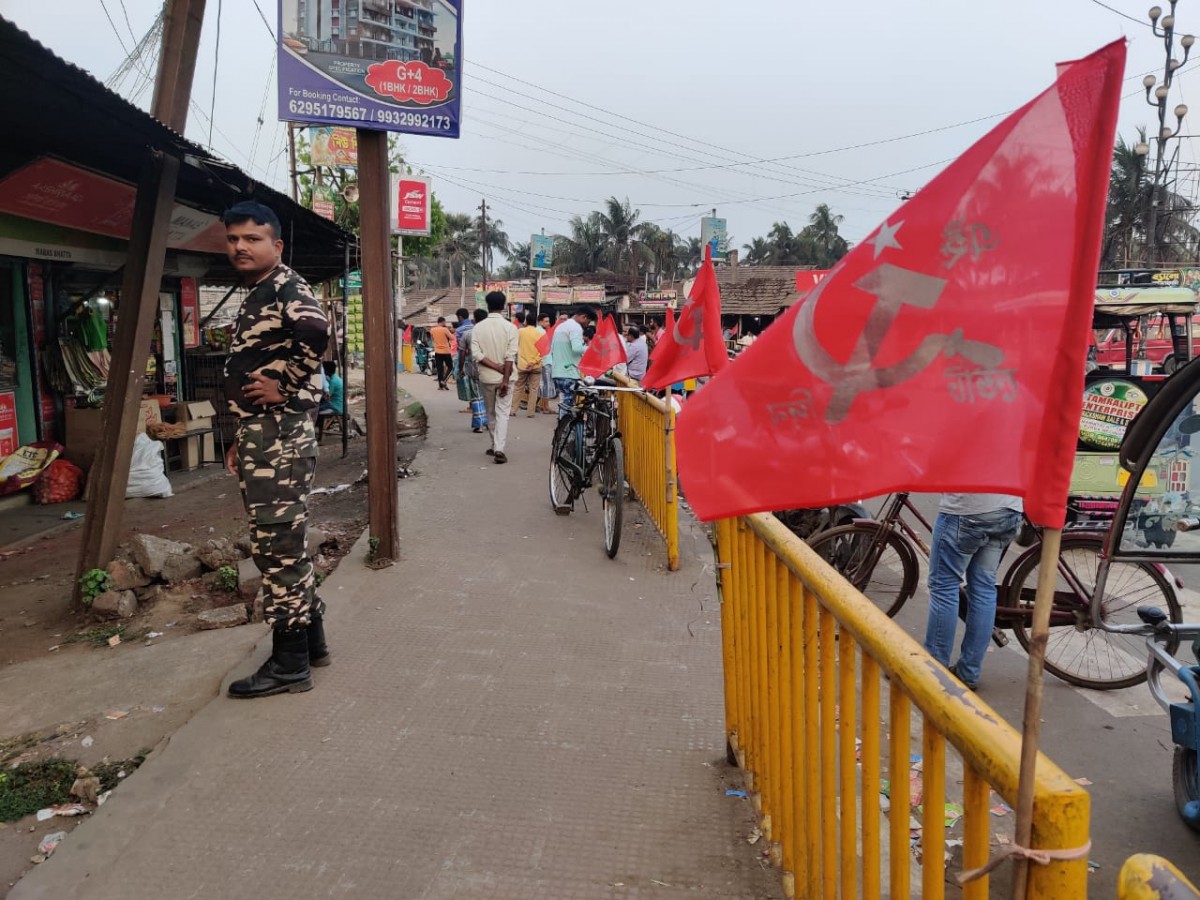 In New Makrampur of Pingla constituency, The Wire met scores of Muslims, who were previously Left Front supporters, campaigning for the BJP. Such was the case even in Keshpur, Paschim Medinipur, a Muslim-majority seat.

All of them complained of personal losses during the TMC rule. “I spent Rs 1.80 lakhs to establish my meat shop. But only because I didn’t give a commission to the local TMC leaders, they came and demolished my shop,” says Yasin Khan, in New Makrampur.

“We were previously workers of the Left Front. We had to suffer a lot during the TMC’s rule. The leaders beat us up multiple times and boycotted us socially. That is why we are now supporting the BJP. Our sole motive is to oust the TMC,” said another Muslim BJP campaigner.

Barring Nandigram, where TMC renegade and BJP candidate Suvendu Adhikari is running a hardline anti-Muslim campaign to defeat the chief minister by polarising the electorate on religious lines, the saffron party has largely muted its Hindutva campaign in other parts of the region.

“Our emphasis is on corruption and violence by TMC leaders. We want Muslims to join us in our campaign too. In Panskura West seat, we have 400 booth-level Muslim activists, and we are confident that we will get a good number of Muslim votes too,” says Jagdish Pramanik, BJP secretary in Tamluk sub-division.

He added that the party had begun preparations for the election well ahead in time, and currently it has more than 80 booth-level activists in all the nine assembly seats within the Tamluk Lok Sabha constituency.

In fact, BJP leaders have been campaigning with the specific goal of winning over Muslim-majority villages. In the two party public meetings The Wire saw, the saffron party leaders addressed Muslims as “amader sonkhya loghu bhai ra” or ‘our minority brothers’.

Also watch: Why This Nandigram Village Puts All Their Faith in Mamata Banerjee

On the other hand, The Wire found that in most of these seats, a large section of Left Front supporters have moved towards the BJP with the sole intention of removing the TMC from power. “Ekush e Ram, chabbishey baam,” a Left turncoat would tell you. The phrase means ‘Ram in 2021, Left in 2026’, referring to the BJP’s possible victory in these elections paving way for a return of the Left.

When asked about this trend, and how it could damage the Left Front-Congress-Indian Secular Front alliance, a CPI(M) leader, who is also a teacher in the government high school in Sabang seat, says, “Opposition party members have suffered a lot over the last 10 years. So our campaign strategy is clear. Those who are still inclined towards us, we are trying to pull them towards us with vigour. Those who have made up their mind to vote BJP, we are letting them do that.”

The Left Front has been so diminished because of large-scale emigration of its supporters to the saffron party that in most of the seats – except Panskura East in Paschim Medinipur, Narayangarh near Kharagpur, and Haldia in Purba Medinipur where its candidates are popular – it is being perceived as a minor player in the largely bipolar elections. 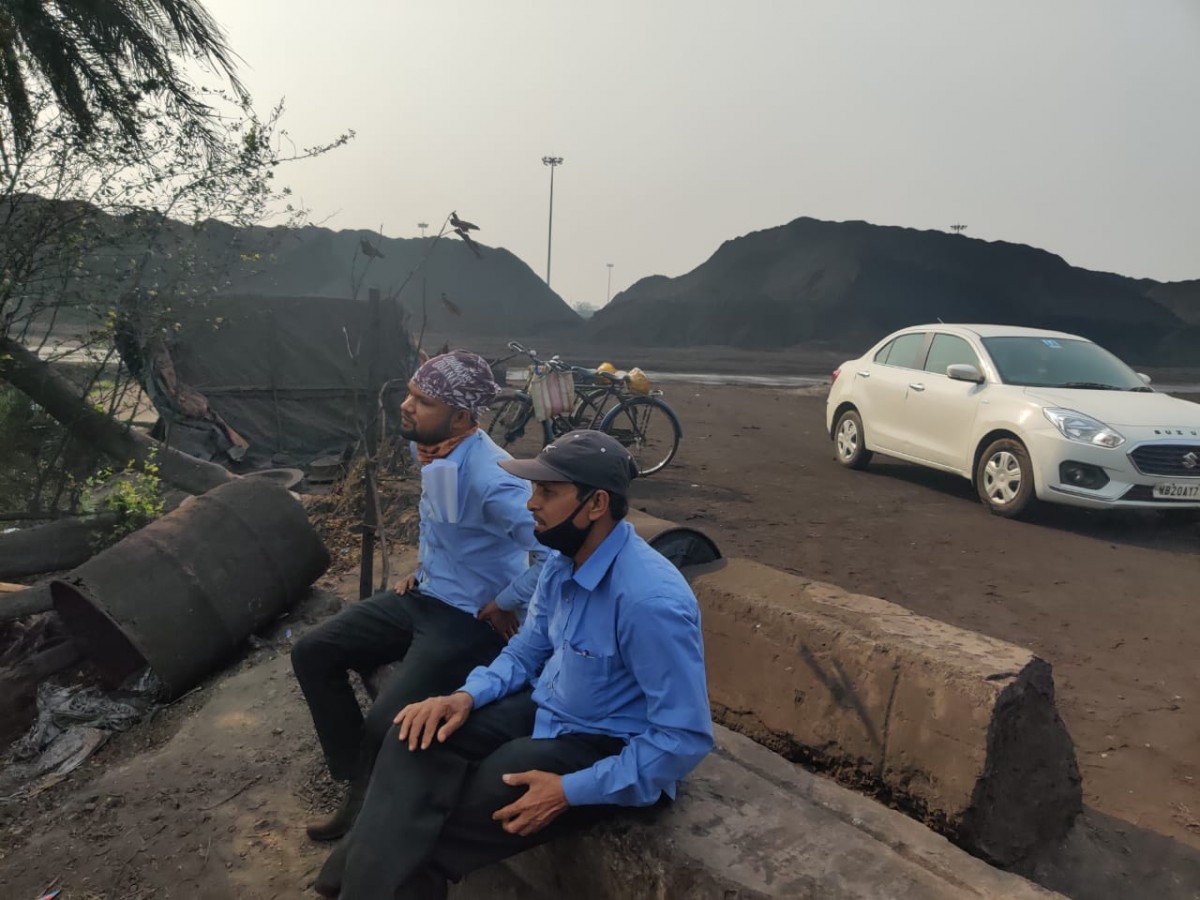 While BJP remains as an untested force in the state, its non-confrontational Hindutva has attracted a significant section of youth voters who believe that the party should get a chance. And that it could bring in a new model of “job-oriented development”.

“So what if Didi (Mamata Banerjee) is giving scholarships to women, funding their education, taking care of their weddings. There are no jobs,” says Lata Moni in Temathani of Sabang constituency.

“TMC doesn’t recognise talent. Its supporters get all the jobs. Didi is now giving mobile phones to students to study during lockdown. But they do everything else with the phone except attend online classes. A common person wants work on the basis of her strengths,” says Mahesh, a dock worker at the Haldia port.

TMC, on the other hand, has put in all its energy to contest the polls in the Medinipur region. TMC leaders say that it is a matter of prestige for the party to win the polls here. Because Didi’s “most-trusted lieutenant” Suvendu Adhikari, also a highly-influential leader in the region, has “betrayed” her. His defection has cost the party dearly.

It is widely known that the chief minister Mamata Banerjee had left Medinipur under the command of Adhikari, who made all the important decisions. With him switching over, the TMC faced a number of setbacks. But unlike in the first phase, it has nominated reputed candidates and is campaigning aggressively to stem the BJP’s rise. 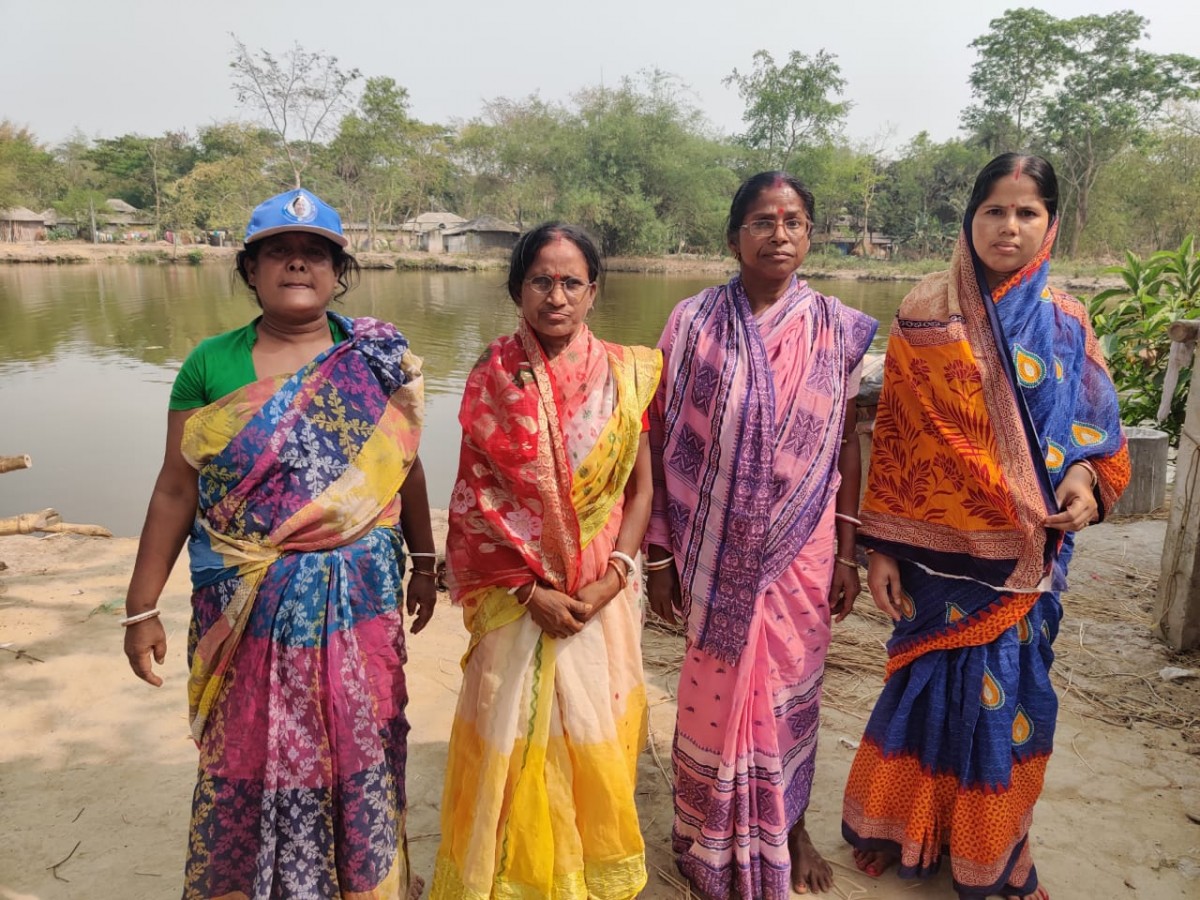 The BJP has its set of challenges too. In most of the seats, it has ditched its own leaders and fielded either former Left Front or Congress leaders or those TMC renegades who joined the party along with Adhikari. Local BJP leaders have been resentful ever since the party announced its candidates, and in many seats, many of them have stopped canvassing.

Medinipur has 32 assembly seats, polling for which will end in the second phase on April 1. The stakes are high for both parties, as both have turned the contest here into a prestige battle.

An elderly trade union leader, based in Haldia, summed up the situation quite aptly. “The khela (match) between Didi and Dada (Adhikari in this context) is not only in Nandigram. That is being played out across the whole of Medinipur.”