After BJP Faces Complete Rejection in Bengal By-Polls, Here Are the Takeaways

Amit Shah’s deputy Nisith Pramanik faces a drubbing as the TMC records the highest ever victory margin in Bengal, in his home turf. 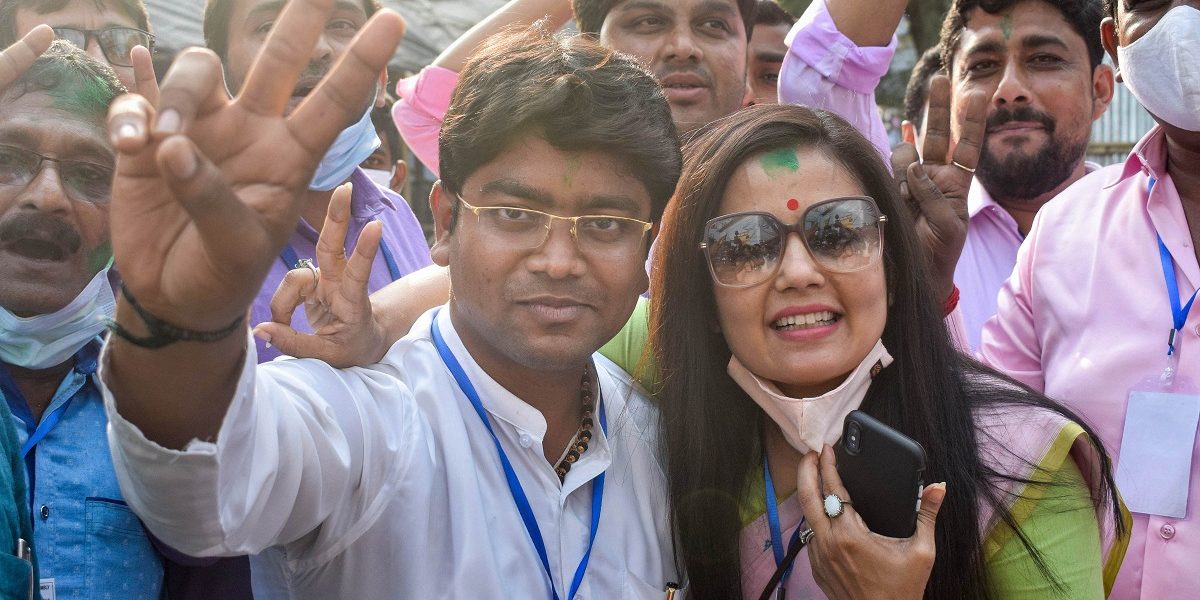 Kolkata: How far can votes swing in a matter of six months? Dinhata in West Bengal, the home turf of junior Union home minister Nisith Pramanik, has just expanded the horizon beyond what could be previously imagined.

In the assembly election held in March-April, the Bharatiya Janata Party (BJP)’s Cooch Behar MP Nisith Pramanik wrested the Dinhata assembly seat from the Trinamool Congress (TMC) heavyweight Udayan Guha by a thin margin of 57 votes. Pramanik had obtained a significantly higher share of votes over Guha at the former’s own residential locality, booth no 234 in the Bhetaguri area, where the BJP leader casts his vote. He bagged 391 of the total 558 votes polled at the booth, against only 131 polled in favour of the TMC.

Since then, even though the BJP kept facing organisational blows in the state after its poor performance in the much-hyped Bengal assembly elections, Pramanik grew in stature. He resigned from the assembly to retain his Lok Sabha membership, and ostensibly as a reward for helping the party win eight of the nine assembly seats in Cooch Behar district, got inducted in the Narendra Modi cabinet as minister of state for home affairs, serving as Amit Shah’s deputy.

But results of the October 30 by-poll, necessitated by his own resignation, in no way reflects this increased stature. Not only did Dinhata record the biggest-ever victory margin for any assembly seat in the state since Independence – Udayan Guha clinched it by an enormous margin of 1.64 lakh votes, bagging 84% of the polled votes – the BJP was trounced even in Pramanik’s own residential area. In booth 234, the TMC now polled 360 of the 492 votes, with the BJP getting only 95.

The defeat must sting Pramanik, who also led the party’s campaign in Dinhata, where the BJP this time fielded a former TMC MLA, Ashok Mandal.

The stunning results in Dinhata, where the TMC’s vote share increased by 37 percentage points, could be explained due to three reasons, a Cooch Behar-based political observer who tweets by the name The Enigmous told The Wire.

“The margin six months ago was thin despite a strong wind in favour of the BJP. Since the assembly election results, scores of BJP supporters and organisers in Dinhata have joined the TMC. The post-poll political violence in Dinhata was intense, Udayan Guha kept issuing threats publicly, but the BJP’s leadership did not stand by the workers. Pramanik spent most of his time outside, initially in Kolkata and later in New Delhi. The BJP had completely lost its hold,” he said. 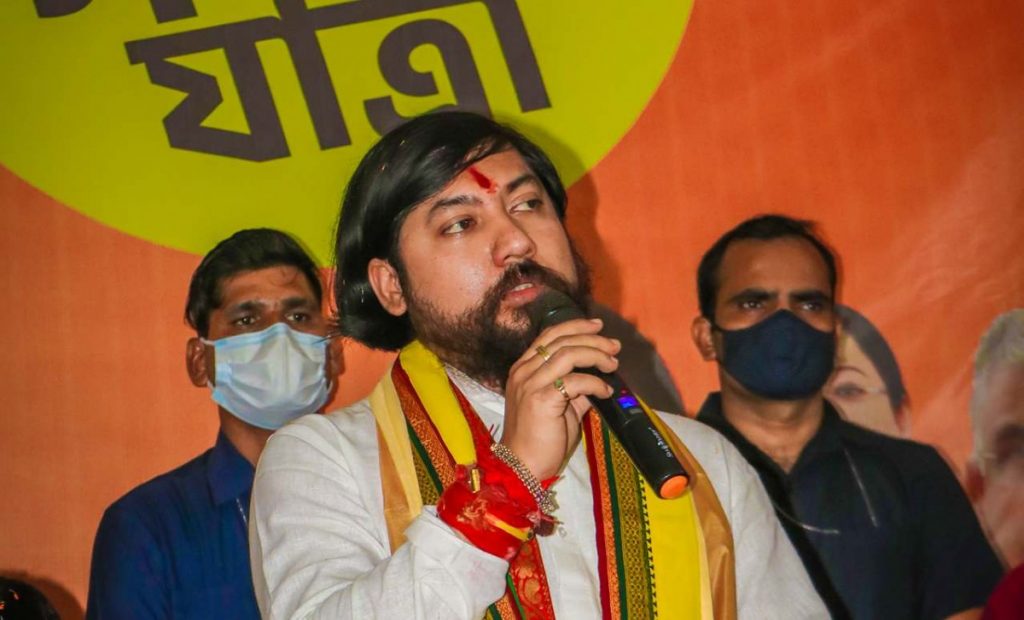 Given that the political situation in Bengal after the assembly election results were announced in May has not been favourable towards the BJP – five of its MLAs and an MP have switched over to the TMC – none in BJP’s Bengal unit expected a good result in the by-polls. But losing deposits in three of the four seats would not have figured in even their estimation of the worst possible scenario.

In the assembly general election held six months ago, the TMC’s margin in Gosaba was 23,619 votes and 28,140 votes in Khardaha, while the BJP won Dinhata by 57 votes and Santipur by 15,878 votes.

The enormity of the TMC’s winning margins in Gosaba and Dinhata – it obtained 87.19% of the polled votes in the former and 84.15% in the latter – left every other contestant forfeiting their deposits. The TMC’s vote share in Khardah was 73.59% and 54.89% in Santipur.

The drubbing that the BJP faced in all the seats had a rather demoralising effect on the party’s state unit.

In an apparent dig, Dilip Ghosh, the BJP’s former state unit president and current national vice president, said, “I have a hunch Bengal will see a China-like situation very soon when they [TMC] will get cent percent of the polled votes. No one will agree to contest in elections. There will be only one candidate and everybody will vote for that person.”

Another senior leader told The Wire on condition of anonymity that the BJP now faced the threat of more MLAs and MPs deserting it. “After today’s results, especially the enormity of [TMC’s] victory margins, it will be very difficult for the party to resist the TMC’s poaching drive,” said a Bengal BJP vice-president who did not want to be named. 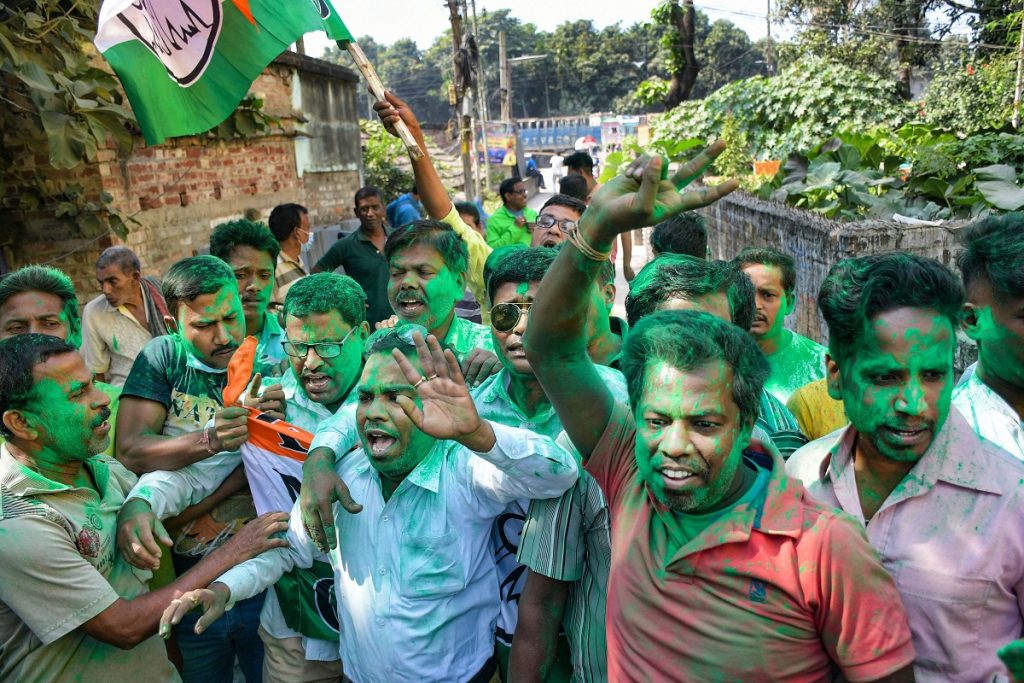 If the TMC’s increasing vote share was not enough, the BJP is faced with another challenge. The Left, which had nearly lost its relevance after its traditional vote share shifted to the BJP, has started recovering a section of these voters.

In Santipur, where the CPI(M)-backed Congress candidate secured only 4.48% votes in the assembly general elections six months ago, the CPI(M, contesting alone, obtained 19.57% of the polled votes. The Left recovering its votes is the key reason behind the BJP’s defeat by such big a margin. Compared to the assembly general election, the TMC’s vote share increased from 42.72% to 54.89%, while the BJP’s came down from 49.94% to 23.22%.

It is notable that while campaigning in Santipur, which is located in Bangladesh-bordering Nadia district, the BJP’s leader of the opposition in the state assembly, Suvendu Adhikari, famously said, “We would have won Santipur in any case, but after the atrocities on Hindus in Bangladesh, we will win Santipur by a margin three-times as big.” 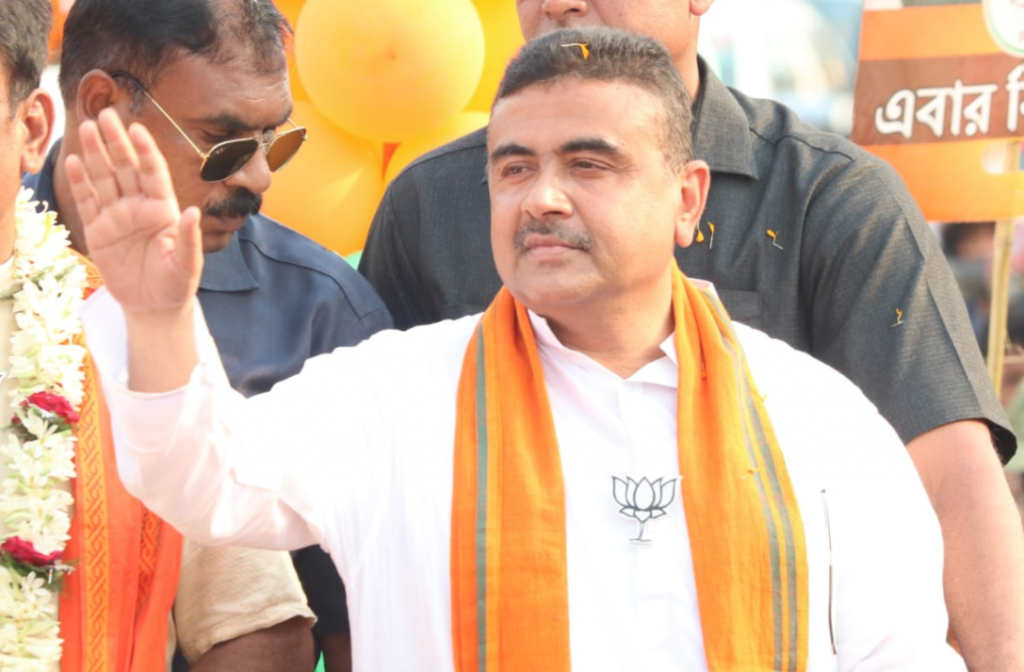 Evidently, the BJP’s ploy to influence Bengal elections by the happenings in Bangladesh have backfired.

“We will need to rethink and redraw all our strategies for Bengal,” said a party veteran.

Another takeaway is that the Congress has been reduced to absolute irrelevance, securing only 0.37% of the polled votes, even lower than NOTA (1.07%). The heavy defeat may encourage the TMC to intensify its aggressive poaching drive targeting the Congress outside Bengal.

“This will definitely help us assume the leading role in an opposition alliance at the national level in place of the Congress, which is seen as the de facto leader,” said a TMC Rajya Sabha MP who did not want to be named.

Political observers, however, have a different perspective on Tuesday’s results. “This absolute dominance of the ruling party is not healthy for democracy,” said political analyst Udayan Bandyopadhyay, who teaches political science at Bangabasi College in Kolkata.