From Liberalism To Secularism, the Battle for Bengal Has Just Begun

Whether the mainly-liberal ideals that were injected into most educated Bengalis over the last two centuries will hold on against a tsunami of men, materials and money is yet to be seen. 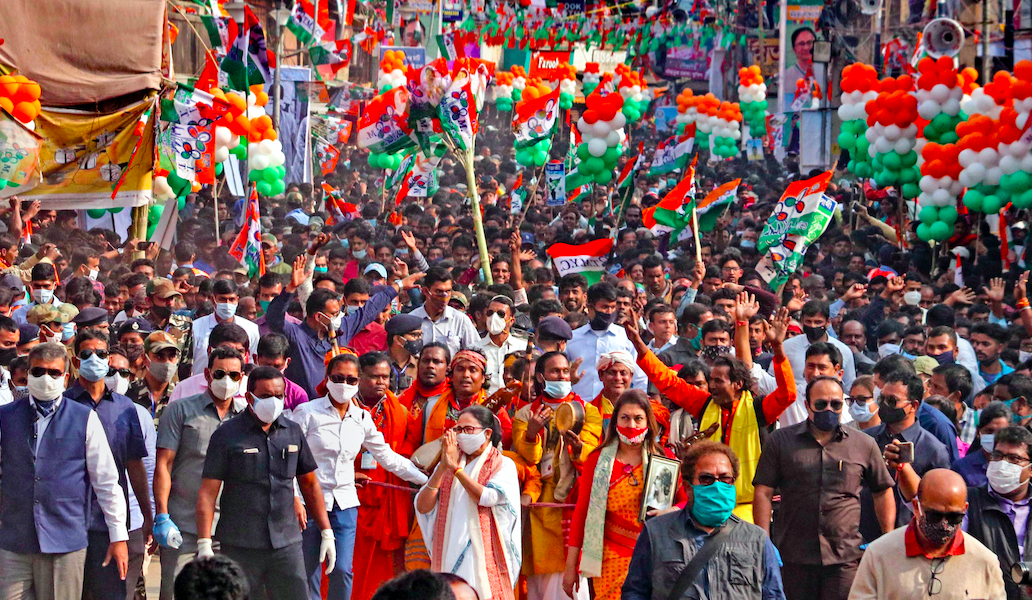 Voters in Bengal feel quite amused when told that the next assembly elections are all done and dusted. But it is rather distressing to see how personal biases or received wisdom (tonnes of which is freely offloaded in the national capital) masquerading as profound political analysis. Despite what poll surveys tell us, a very tough battle lies ahead, not only for Mamata Banerjee but also for the liberal principles and secular ideologies that the people of the state have prided in.

Bengal is surely a difficult state to conduct elections in — I can certify as I had to do it twice — and the argumentative Bengalis love to gorge, guzzle and breathe politics. From the early years of the twentieth century, the pistol and the bomb have been romanticised and socially legitimised, as terrorism challenged the might of the Empire in Bengal — with the unusual daring, courting the gallows. Then the violent image was reinforced from 1971 when Congress-backed lumpen elements fought Naxalites to force through elections. Since then, every party that controlled Bengal’s politics or challenged such control resorted to violence, large or small.

Violence surely makes it to the headlines, irrespective of what the desk had planned earlier. But while equally problematic states where bullets and bombs fly around even more, and long lathis crack skulls so effortlessly, manage well enough with one or two phases of polling; West Bengal has to suffer eight long phases. It has, after all, consistently voted against the ruling party in Delhi, for 44 years at a stretch. Of course, the prolonged electoral process does help those who have to fly in from outside to campaign, one zone at a time.

In the 2014 Lok Sabha elections, Mamata Banerjee was among the few who could successfully halt Modi’s juggernaut and she actually added 27 seats to her kitty in the next state assembly elections of 2016. Her Trinamool Congress (AITC or TMC) secured 211 out of the 294 seats in that election, while the BJP managed to win just three seats. So, where is the challenge?

Well, a lot of water has gone under Howrah Bridge since then, and though she managed to stave off the second Modi wave in the Lok Sabha polls of 2019, her party was left badly battered. She clawed her way to retain 22 of the 42 parliament seats, while the BJP shot through the roof to secure an incredible number of 18 MPs in place of only two that it had won earlier. It was almost as if the BJP’s slogan ‘Unishe half, Ekushe saaf’ (halve TMC in 2019, finish it off in 2021) was coming true.

The BJP’s vote share also went up by a whooping 22.7%, to equal the 40% that TMC had secured in the last Lok Sabha election. Mercifully, for the TMC, it managed to garner an additional 3.5% in 2019, which gave it its 22 seats. It was quite a photo finish and while Narendra Modi has surely tasted blood, the perennial street fighter is far from over. Her TMC is desperately fighting to improve its position, based on her reasonably good execution of welfare schemes. 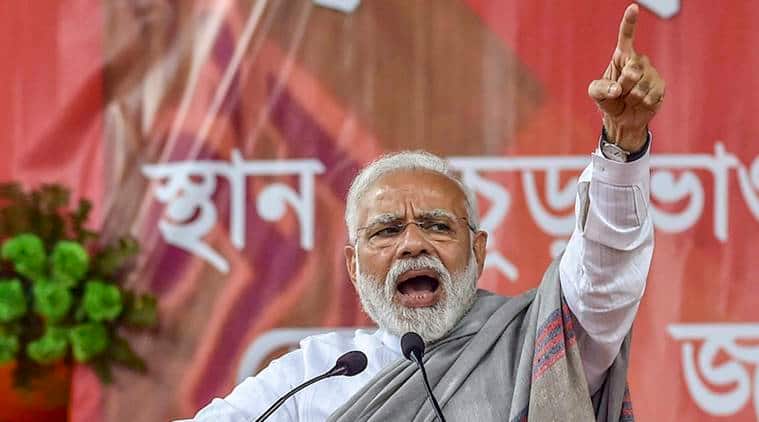 Mamata’s micro-management has been quite obsessive and she is also banking on the Modi magic dimming, as it does, in state elections. But Modi is not only splattered all over the place but has made more visits to the state in weeks than he has done in several years. And the BJP has pulled out its entire reserve force as if the other three state elections do not matter. It is using the Enforcement Directorate (ED), the Central Bureau of Investigation (CBI) and Income Tax to bludgeon opposition and engineer defections, but convictions are next to nil. It is surely splurging much more than the state has ever seen and that matters.

The BJP has also capitalised on Mamata’s autocratic manner and corruption issues to whip up a strong anti-incumbency breeze. This is stronger than what the Left could achieve with its consistent attacks, but one is not sure whether to call it a ‘wave’. Mamata’s elected representatives have surely antagonised voters by demanding cuts from welfare schemes and enriching themselves from illegal mining of sand and coal. Sadly, Bengal has neither granite or other major minerals to finance ruling parties, nor huge infrastructure projects for cronies to feast on and also contribute to the regime. Hence, corruption in Bengal is on the MSME model rather than, say, the Bellary one.

We seem to have forgotten that the Communist Party of India (Marxist) and the Left Front had ruled the state for 34 years. Well, in 2019, the party was almost wiped out as all its candidates lost and it could not secure the second position in any of the 294 assembly segments. Its overall vote crashed to just 6.3% in 2019 — from its earlier historic levels of 30 plus to less than 20% in 2016. The Congress has been systematically bled by its own breakaway party, TMC, and relations are bitterly hostile. It managed, however, to send two MPs to the Lok Sabha in 2019, even as its vote share plummeted to barely 5%.

Many had expected that the three secular parties would either stand up together against the most deadly challenge from communal forces after Jinnah and his Great Calcutta Killings of 1946. It is puerile for any of the three to complain about being victimised by the other(s) as every one of them has indulged in violence when in power. In fact, the present colossal size of the BJP in Bengal is indirectly Mamata’s contribution, as her party’s goons tormented local leaders of the Congress and the Left, filed false or exaggerated police cases (before an ever obliging police administration) and drove them away from their homes.

Many of those attacked were also musclemen, but the cumulative result was that almost all of them took shelter under the centrally-protected BJP, that constantly flashes the Union home ministry’s biceps. To add to the pandemonium, the Congress and the Left have buried their blood-stained hatchets and formed a Third Front to fight primarily the TMC, the bête noire.

A new divide along linguistic lines

While a demoralised, confounded Congress, abandoned by its central leadership, focuses desperately to retain its traditional base in ‘middle Bengal’, the CPI(M), led by its intellectual brigade, has unleashed a bitter war on the TMC, as if the BJP threat hardly exists. Communists have tapped into youth power and crafted innovative slogans, songs, memes and lampoons heckling the TMC — much more than the BJP. The BJP surely profits from this divide in secular votes and we must thank the Marxists if the BJP romps to power. They will, of course, then spend several debating days to deliberate on yet another ‘historic mistake’. And this Left-Congress combo has (hold your breath!) tagged along with a new Muslim party led by a 24-year-old rabble rousing hereditary religious leader from the very-famous Furfura Sharif in Hooglhy.

Obviously, it will cut into the 27% plus of Muslim votes that Mamata has been wooing to the point of making it a major electoral issue. The Bengali Muslim is hardly swayed by the Urdu oratory of, say, an Owaisi who wisely decided to stay away. A section of Bengal’s Muslims must have taken it too easy or else the BJP could not have got away with Lok Sabha seats in Muslim-dominated Malda, Raiganj and Balurghat. A large section has also supported the Congress and the Left, but with such an unprecedented threat from the BJP, it is likely that they may seriously back Mamata’s TMC.

Incidentally, at the time of India’s partition, the east did not witness the bloodbaths of Punjab and there is more in common among the Bengalis of both religions than in the west. Over the next decades, however, lakhs of refugees streamed in, but the Communist parties played a sterling role in de-communalising disgruntled displaced masses. They needed them for class wars and political agitations. Even the most optimistic secular Bengali will, however, admit — there has been an unbelievable polarisation, especially of Hindus.

It does not matter whether the local bhakts are victims of non-stop exaggerated, one-sided propaganda or whether they seek the uterine comfort of blind, non-thinking political guru–vad that is doled out by an irresistible demagogue. Many nurse a deep rooted hatred for the corrupt leaders of the TMC and are prepared to invite communal forces to combat it and it is a small mercy that communal incidents have not been ignited, not yet.

But voters here are certainly not amused when they are informed that they now suffer from regional parochialism. This hurts, as Bengal is one of the very few states that has rejected regionalism rather vigorously, consistently for over seven decades. But many rural voters can hardly understand much of what the prime minister, the home minister and leaders like Adityanath say in Hindi — even though they flock to see these TV characters alight from helicopters and address them.

If, say, Gujaratis who can hardly understand what Telugus say are not branded parochial, there is no reason why Bengalis should be — if many don’t understand Hindi. Why Bengal’s own Bharatiya Janata Party (BJP) leaders do not lead the charge is not clear and this unprecedented PM/HM-led campaign has all the pitfalls of a centrally-sponsored scheme — that invariably ignores local traditions.

Bengalis have, however, lesser angst against Hindi than Tamils, and they can easily massacre Hindi pronunciation, accent, gender and grammar quite adroitly. Even so, one is really not sure that they would be delighted to be an extension of a Hindi-Hindu-Hindutva world. An extremely worrisome phenomenon is a new divide along linguistic lines and the swagger that accompanies both sides. This has hardly ever been seen before and must be cured the soonest.

True, Bengalis are passionately attached to their language and their fellow speakers in the east, now called Bangladesh, sacrificed more than 30 lakh lives for it. This does not, however, condone the incorrigible habit of speaking in Bengali among themselves, when others present do not understand. And, while more sensible folk elsewhere made money, many Bengalis remained fixated with culture, literature, songs, revolution and such other terribly uneconomic vocations. Thus, when their icons like Tagore, Vivekananda or Netaji are tossed around flippantly for votes and subjected to sacrilegiously wrong descriptions by the powers that be, there is an expected hue and cry.

Whether the mainly-liberal ideals that were injected into most educated Bengalis over the last two centuries will hold on against a tsunami of men, materials and money is yet to be seen. Civil society that usually exerts only a moral pressure from a distance has, however, jumped into the fray this time — somewhat like liberals in America — and are leading an active ‘No vote to BJP’ campaign. But we also have to remember that a BJP, flush with crony-funding, views electoral results only as indicating the ‘base price’ above which MLAs are to be bought, to form governments. There is, however, quite some time left for that. “A week”, Harold Wilson had once said, “is a long time in politics”. Six weeks are, thus, oceans of time for political history to traverse.