'We Will Overcome': Sonia Gandhi Concludes Chintan Shivir With a Look to the Future

Gandhi made a slew of announcements intended to re-establish the Congress party's connection with the people of India. 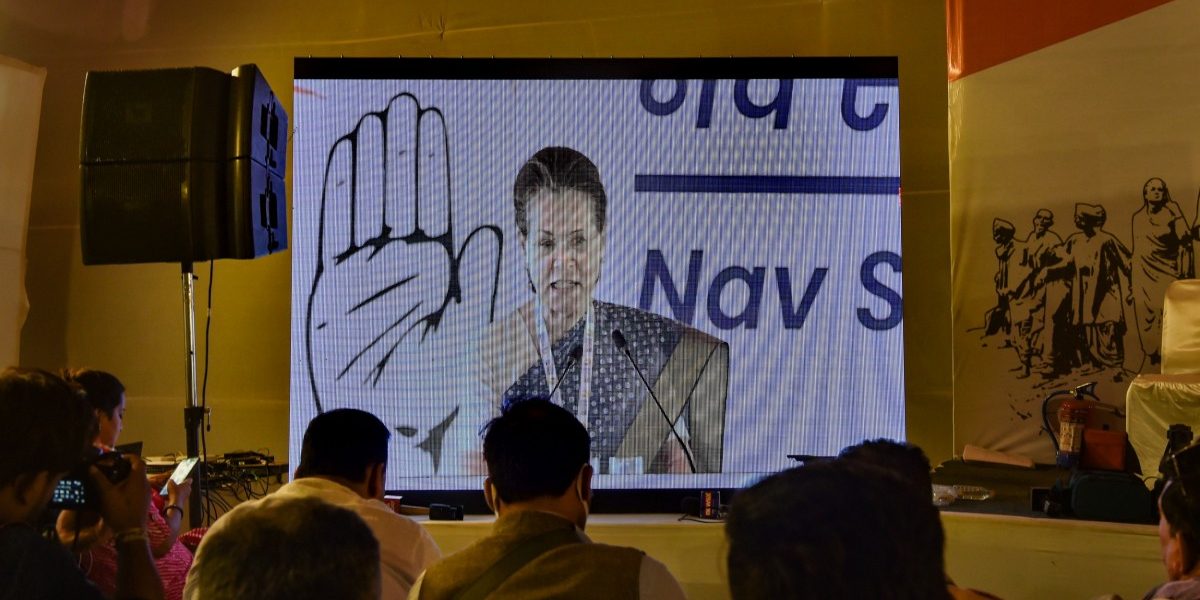 Udaipur: “We will overcome.” With this call, Congress interim president Sonia Gandhi ended her short concluding speech at the three-day Chintan Shivir, in what was supposed to reflect the party’s resolve to come out of the political deep waters it has plunged to in recent years. Gandhi also made a slew of announcements intended to re-establish its connection with people of India.

Her speech came right after Congress leaders at the event adopted the Udaipur declaration read out by senior leader Ajay Maken. Gandhi assured the participants that all recommendations of the six panels – organisation, political, social justice and empowerment, economy, farmers and agriculture, youth and empowerment – that could not become a part of the final text of the declaration will be adopted.

However, she added that since organisation-level decisions were immediately relevant, she would want to spell out what will be done first. She said that a nation-wide “Bharat Jodo Yatra” from Kanyakumari to Kashmir will be undertaken beginning from Gandhi Jayanti later this year.

The septuagenarian leader said that irrespective of age, all Congress workers will have to participate, although she urged the young workers to find ways so that “senior leaders like her” are also able to participate “without running out of breath”.

The idea of such a yatra is to “strengthen the bonds of social harmony and to preserve the foundations of our constitution”, she said.

At the same time, she said that the district-level awareness programme, Jan Jagran Programme, which could not take off as planned earlier will be resumed starting June 15, 2022.

She also said that a compact task force will be created in the next “two-three days” that will focus on 2024 polls, and that it would cover all aspects of the organisation, from appointments in party positions to election strategy. Maken had earlier announced that the Udaipur declaration has also decided to constitute a dedicated election management committee that will focus only on election-related matters.

In the course of her speech, she said that during the course of the event, she was pleased to know that many of her colleagues in the party – both senior and junior – shared the same hope as her that the party will be able to resurrect itself to a better position if efforts are put in properly.

Through her speech, she said that all Congress workers are her “family”, in what appeared to both a message to dissipate the notion that the party was nothing more than a dynasty-driven force and also a shot to placate the dissenters who have been gunning to oust the Gandhi family from leadership positions.