‘We Can't Accept Forceful Imposition of Some Group’s Opinion... Someone Has To Take A Stand’

An interview with Imtiaz Jalil, the AIMIM legislator whose attack on the Maharashtra government spending money on memorials instead of hospitals led BJP and Shiv Sena MLAs to question his patriotism, and then suspend Waris Pathan. 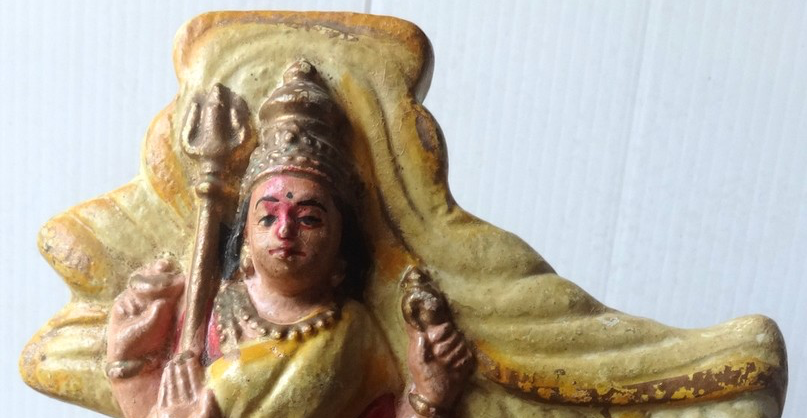 Mumbai: This week saw us plunged into debates on emotive issues around the motherland, courtesy Mohan Bhagwat’s call for youth to be taught patriotism by being made to chant ‘Bharat mata ki jai’ and AIMIM leader Asaduddin Owaisi’s declaration that he would not articulate this particular slogan even if someone held a knife to his throat. The cumulative effect of these two statements unleashed a series of rants across TV channels, and thousands of posts on social media, proving once more that the nationalism bogey has successfully managed to obfuscate every consideration of the real issues that plague this, our nation.

It was Imtiaz Jalil’s intervention in the Maharashtra assembly on the governor’s speech that served as the trigger for the suspension of his fellow legislator from the All India Majlis-e-Ittehadul Muslimeen, Waris Pathan from the house on Wednesday. Jalil was questioning the fact that the first two pages of the governor’s address only referred to memorials which had been or were going to be erected by the present government. He asked why there was so much public money being spent on memorials, and could this money not be used on hospitals and health care instead?

Legislators from the BJP and Shiv Sena, who were chanting ‘Bharat mata ki jai’ next to him during his intervention then began demanding to know what he had against memorials, and asked him to say ‘Bharat mata ki Jai.’ To which Jalil sarcastically replied that this must have been the slogan Vijay Mallya raised as he flew in the skies and looked back at his country, leaving thousands of crores of unpaid debts behind him. Jalil’s sally proved to be the proverbial red rag to the bull with members of all parties becoming more vociferous, ending in a confrontation between Pathan and a united front consisting of both BJP and Shiv Sena, and NCP and Congress legislators.

While the resolution to suspend Pathan for the remainder of the budget session was moved by minister of state for home Ranjit Patil, it had been suggested earlier by Eknath Khadse of the BJP that Pathan be let off with an apology, and this may have sufficed if the Congress members had not refused to accept anything less than his suspension. The unanimous decision to suspend Pathan meant that Imtiaz Jalil is now the only AIMIM face in the assembly for the present. He spoke to Scharada Dubey about the controversy. Excerpts: How do you view your isolation in the Maharashtra assembly? The NCP and Congress have also aligned with the BJP and Shiv Sena in this matter.

In fact, we find it quite strange, as a few days back, when another matter was being debated, BJP members had mentioned Rahul Gandhi going to the JNU campus, and Congress members had loudly defended his freedom to go where he pleased. When Rahul Gandhi does the same thing, they defend it stoutly, but when we do it, they condemn us and support our suspension.

Are we, as a country getting obsessed with slogans and symbols? Is this coming in the way of our having any meaningful debate on issues that matter?

Absolutely. I was on a TV panel recently where the singing of the national anthem before movies in cinema theatres was being discussed. I expressed the view that people go to a movie theatre to be entertained. It is hardly the right place for their national feeling to be displayed or tested. In fact, I was also concerned about the kind of content that appears in some of our films, and whether it was really appropriate to have the national anthem sung in such a ‘third class’ context. My fellow panelists on the show from the BJP and Shiv Sena interpreted this to mean that I did not like the national anthem. They began shouting at me on the show to ‘Go to Pakistan.’ My effigies and posters were burnt by their cadres. It became a huge row. I wanted them to come to my office and see for themselves. The national flag is there for all to see in my office and I observe our Republic Day as a day to honour unsung heroes among us – those who have performed unusual acts of courage, helping others – it gives me great pleasure to honour such poor and unsung citizens. It is not only about the flag and the anthem.

As far as yesterday’s controversy goes, I was expressing my concern, and the concern of many others, as to what happens to the money we pay as taxes. That money should be used for water, roads, hospitals, schools – delivery of services. I don’t want the money to be spent on a memorial for Balasaheb Thackeray or Gopinath Munde. Their supporters, and they have many, can collect money among themselves and build such memorials. Why spend so much time of the governor’s address on memorials?

I met an Islamic scholar recently, who expressed the view that the AIMIM had come up in a leadership vacuum, but would not last. Some writers have also reported that you are having trouble catering to the needs of Muslim youth, a core element of your followers. Do you agree?

There will be different opinions, but I think what is important is that as an MLA, I do not consider that all the development I work for or ask for should be for Muslims. We are here to work for everybody. I don’t think we can be judged so soon.

You have been branded a communal party. Yet, time and again, we find you and your leader making reference to the Constitution…What would you say to this?

Yes, we abide by the Constitution and feel if there is a rule that binds us all, it should be completely respected and obeyed. But we cannot agree to the forceful imposition of some group’s opinion on the rest of the country, whether it is the RSS or a Baba Ramdev type of pressure group. Someone has to take a stand. That is why we have taken a stand about the ‘Bharat mata ki jai’ slogan. It cannot be forced. For instance, even when it was being discussed about making yoga compulsory in schools, we were happy at yoga being taught in schools, but not without children being given the option of whether to take the classes or not. We have to resist the forceful imposition, and this is perfectly within the ambit of the constitution.

What do you have to say about Javed Akhtar’s farewell speech in the Rajya Sabha in which he decried your leader and party for refusing to say ‘Bharat mata ki jai’?

Javed Akhtar sahab completed his six years in the Rajya Sabha and is looking for a hand to hold on to. As for his statement that the constitution does not ask us to wear sherwani and topi, I want to tell him that neither does our party! We are free to dress as we choose. My leader wears a sherwani and topi and keeps a beard, but I do not. We look and speak differently, because we are free to.

I mean, what big fuss are they creating? We have all grown up with the national anthem and said ‘Bharat mata ki jai’ and sung patriotic songs. Only now they want to deliberately give it a religious colour by forcefully imposing it.

What action will the party take now? Are you considering legal action?

We have asked the speaker to examine all the video footage of the proceedings, because we were accused of disrespect , and offered to extend the suspension for the rest of the Assembly’s term, not just the budget session, if any wrong doing is found. This is because we are confident that we have done no wrong. The Speaker has to get back to us on this by Monday. We will consider further legal action only after that.

Why were you spared, and Waris Pathan alone suspended?

They wanted both of us to raise the slogan and were heckling us constantly. But while I was engaged in the replies and my intervention, my colleague got up and said, “I will not say it just because you are asking me to say it.” This is what caused them to have a confrontation with him.