Watch | Is India Moving to the Right, Regardless of Who Won?

Smita Gupta, senior journalist, speaks to The Wire on the assembly elections 2018. 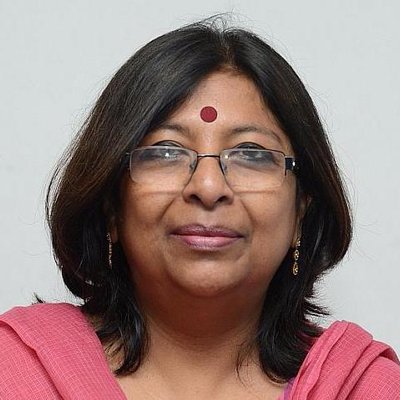 There’s also a record if one goes back to the last three assembly elections that the political party that has won these three states has gone on to win a larger share in the Lok Sabha, which we know is just about five months away. This is actually critical because the big battle in the country – nationally is between the BJP and the Congress even though it is almost a certainty that the next government will be a coalition, whether that is headed by the BJP or the Grand Alliance (of which Congress might be a part). As you know that the Mahagathbandhan, is a bit wary of declaring a leader as yet. That is why I say, of which Congress would be a part.

The elections are also important for another reason, today is Rahul Gandhi’s first anniversary as Congress president. So, these election results will be seen as a test of his leadership, what he has been able to do. Given the stage at which we’re recording this, it would look that while Rahul Gandhi has certainly succeeded in pumping new energy to unite warring factions to a great extent. He has tapped many of the issues like rural distress. In Chattisgarh, which is a surprise win for the Congress party, the Congress is saying that their promise of farm loan waivers and increasing the MSP has actually turned the election in their favor. But at the same time, the Congress has also experimented with ideology.

One bugbear that has been following the Congress party from the early 1990s has been that, as the BJP has grown and its ideology of Hindutva has spread, it has been able to accuse the Congress party of appeasing Muslims. And this was the tag that the Congress wanted to get rid of. And we see that in this particular election, the Congress has really taken this to heart – and not only has Mr Rahul Gandhi visited temples which has been a practice even in the past, but he has gone beyond that by talking about his gotra and also being a genuine dhari Brahmin. Even though he didn’t say it, he contradicted it when one of his party spokesmen used that phrase.

In their manifesto for Madhya Pradesh, they even promised to market cow urine, of course, there’s a talk of building cow shelters. So, they’ve gone the whole hog on this issue. Now, maybe this has gone perhaps someway in neutralising what the BJP says about the party. Unless the Congress is able to do some course correction on ideology, does it mean that India is inevitably moving rightwards ideologically regardless of who actually wins or loses this election? This is very worrying as if you ask any Congress leader that why are you fighting the BJP, what is it that you don’t like. They say, “we’re fighting to protect the idea of India.” So, how does the idea of India sit with saffron politics?

The other two states, Telangana and Mizoram – if we take the case of Telangana, unlike the three heartland states where Congress decided to go alone to test its own strength. In Telangana, it went in for ‘Mahakutami’ or grand alliance. And that grand alliance included Telugu Desam Party – which has been its rival for four decades. Clearly, it has not worked.

Now, will this impact the formation of National Grand Alliance? In the days to come, we’ll know, especially because Mr Chandrababu Naidu has been playing a big role. We’ve seen him yesterday also. There was a meeting of opposition leaders one day ahead of Parliament where Mr Gandhi and Mr Naidu took the main call to arrange this meeting. That’s something to look out for in the context of 2019. Mizoram was the last state in the North East which was ruled by the Congress, because in the last four and a half years the states that were Congress-ruled have slowly gone to the BJP or to regional parties.

However, I would say that the two significant defeats in the Northeast were in Assam, where the Congress lost to the BJP and Tripura, in which the CPM-led front lost to the BJP too. In the smaller states, if you look back historically, there’s a tendency for people to vote for a party at the center or for a party that is aligned to the center. So, perhaps one can read the victory of the Mizo National Front in that way because the BJP clearly had some kind of understanding with them.