Can Political Parties Identify Who We Voted For?

Since vindictiveness is part of state policy, extra care is required to protect the voter's choice from being identified. 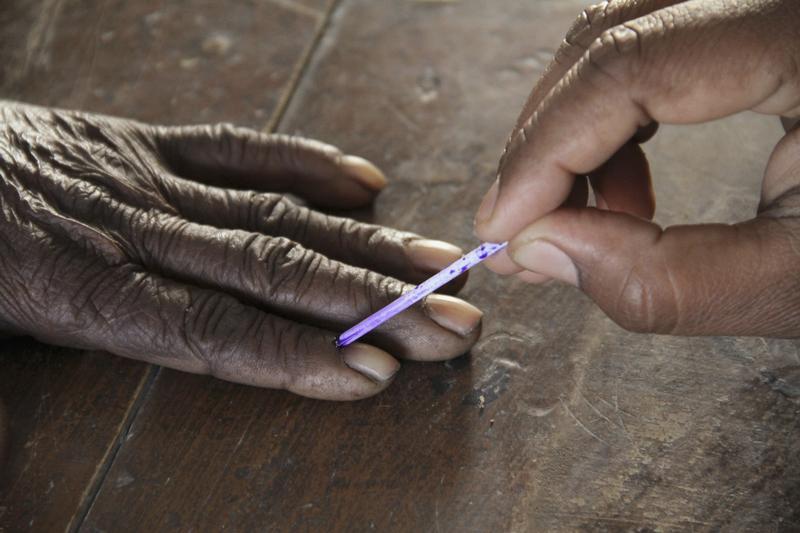 Every election seems to be the most important one. And just the same, the 2019 general elections are being perceived as the most critical one in a long time.

I have conducted elections since 1977 when, as assistant returning officer of Burdwan, I witnessed the collapse of Indira Gandhi’s hegemony. Since then, I have participated in different election processes in different official capacities, in Bengal and elsewhere, and ended up as the state’s chief electoral officer during the 1998 and 1999 parliamentary elections.

As a keen observer of the electoral process, I can safely say that this election is really quite different from others – except perhaps 1977 – as India has to make a very serious choice, on which the future of the nation depends in many ways.

Having said that, my main worry now is that since vindictiveness is a part of state policy, should we not take extra care to protect the voter from being identified and harassed later on, by any powerful party at the Centre or in the states?

Though it is still difficult to find out at an individual level who voted for whom, it is quite possible to know the voting pattern of a street or locality that goes to any particular polling station. The apprehension is that weaker sections and minorities are particularly vulnerable to detection and retribution after the polls. In fact, a minister of the ruling party at the Centre openly threatened voters on this account – because, as we stand now, it is not very difficult to find out the votes obtained, for or against, in each mohallaor paraa. This knowledge is critical to every party and every contestant.

Under the previous ballot box system, the Election Commission (EC) could invoke Article 59A of the election rules and order the compulsory mixing or jumbling up of the ballots cast in a number of polling booths. This was done to make it impossible to find out which locality voted for whom. Ever since we introduced electronic voting machines (EVMs), however, this legal provision became defunct. Each EVM shows the result of its own polling booth only and the results of a number of electronic machines cannot be totalled or mixed up as we used to do for paper ballots. The EC, however, worked hard and consulted EVM manufacturers, who came up with a new machine called a ‘totaliser’ that could add and mix up the votes cast in fourteen polling booths. This was, indeed, a breakthrough and in November 2008, the commission wrote to the law ministry to amend the rules and introduce totalisers, at least optionally. The ministry sent it to a parliamentary committee that did not decide on this issue for several years, perhaps because political parties are always keen to know booth-wise or locality-wise results.

The law ministry supported the commission’s recommendation through a policy note in 2010,  and the inaction that followed reveals one more of the many mistakes that the previous government made. But then, people did not have any fear of a quasi-totalitarian and incursive state, as we have now. And once the results of the 2019 elections are made known – locality-wise – mischief can happen.

Returning to the continuing drama, we see that in 2014, the EC dutifully reminded the ministry once again of the dire necessity of protecting the identity of groups of voters by resorting to ‘totalisers’. This was to be applied selectively in cases where the commission considers any constituency or a part of it to be sensitive from this angle.

In 2014, the Supreme Court also stepped in and wanted to know why the ministry was not taking urgent action to amend the rule. The ministry responded by saying that it had sent this proposal to the Law Commission, which was true. But what is surprising is that even after the Law Commission clearly recommended in para 13.7 of its report on ‘electoral reforms’ in March 2015 that election rules should be amended to introduce totalisers, the present regime did not do so.

It is quite clear that a section of the political class is keen to know which booth voted for them and which did not. If we go by the record of this regime in launching cruel, surgical strikes against minorities and Dalits, one can only hope that nothing untoward happens later on. At the same time, we must also acknowledge that the people of India have dealt with such challenges in the past, and nothing can deter the masses who are clear about who they will vote for.

The Bengali version of this article was published in the Ananda Bazar Patrika.