With the clamour for justice in Bastar peaking, it remains to be seen whether the Raman Singh-led Chhattisgarh government takes notice of such allegedly state-perpetrated atrocities. 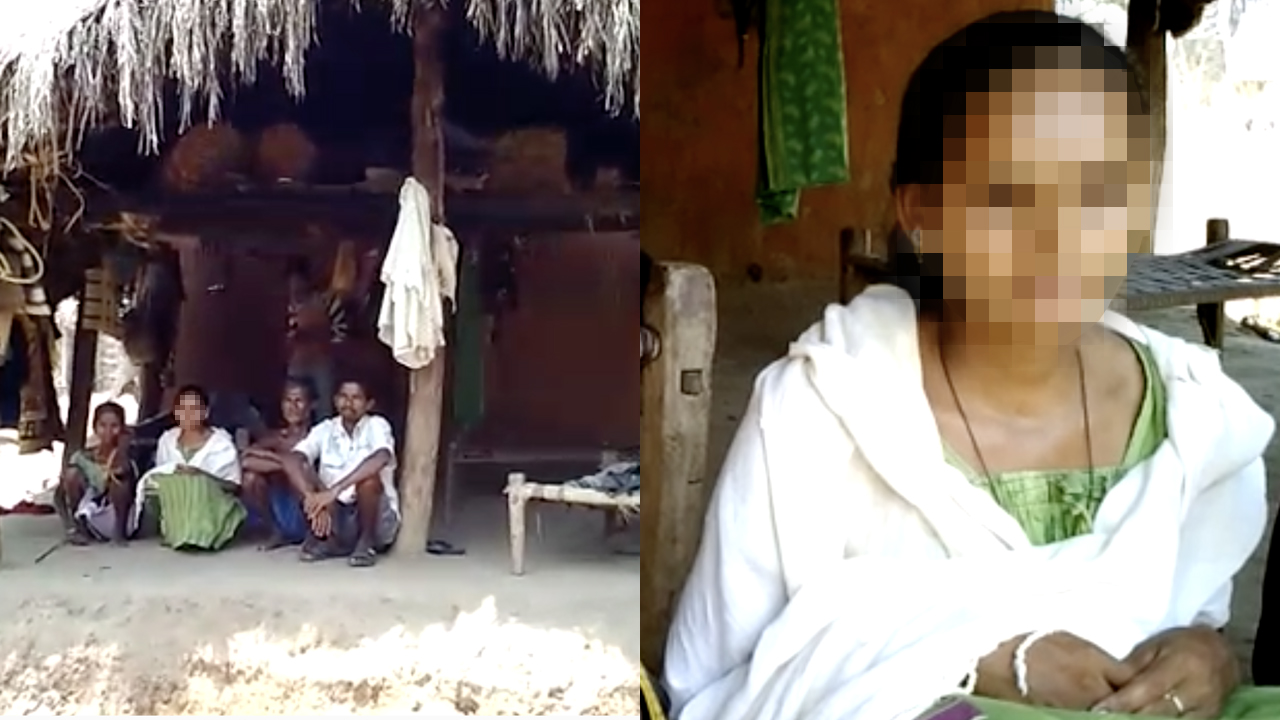 The survivor who was assaulted by men alleged to be of the security forces. Credit: Ajoy Ashirwad

In yet another shocking incident of sexual abuse in Chhattisgarh’s conflict-ridden Bastar, Adivasi villagers from Chintagufa village in Sukma have alleged that the security forces gang-raped a 14-year-old girl during their patrol on March 1.

The incident assumes added importance especially after the National Human Rights Commission (NHRC) in January found at least 16 cases of sexual assault and physical violence allegedly committed by police personnel in Chhattisgarh between October 2015 and March 2016. The NHRC, in a terse notice to the state’s chief secretary, had pulled up the BJP-led state government for its inaction against the alleged incidents of rape.

Soon after the NHRC’s indictment, the Chhattisgarh government decided to send the controversial cop and then Inspector-General of Police (Bastar range) S.R.P.Kalluri on an indefinite medical leave as a quick-fix to their problem, and appointed P. Sunder Raj as the deputy inspector general and made him in charge of the anti-Maoist operations.

However, the purported action against Kalluri fell flat as the state government called him back to join the police headquarters in Raipur immediately after he want sent on leave.

The gang-rape of a minor girl in Chintagufa, amidst this ongoing controversy, again highlights the state government’s casual attitude in dealing with the increasing incidents of sexual abuse of Adivasis by the security forces.

According to a report in Nayi Duniya, a Hindi daily, the security forces forced themselves into an Adivasi family’s hut at around 4 am on March 1, dragged the 14-year-old girl to a corner and took turns raping her.

Pawan Shaha, the reporter with the daily, told The Wire, “I visited the village after a few villagers called me after the incident. I talked to all the villagers before I filed my report. The villagers were traumatised.”

He said that the villagers could not tell whether the security personnel were from the police or paramilitary forces. “However, they told me that the forces entered the village in search of Sangham (village-level unarmed units of CPI (Maoist) members). The victim told me that around five or six uniformed people barged into the house alleging that the men of the house were Naxalites,” Shaha said.

A few villagers, who heard the girl screaming, came out to defend her but were beaten up by the forces, claimed Shaha.

He also said that the survivor’s mother, sister-in-law and her children were also roughed up when they tried to prevent the rape.

Most male members of the survivor’s family, like other men in the village, were not present during the incident. “The men of the village and many other villages of Sukma migrate to Andhra Pradesh for work. The victim’s father and brother, too, were in Andhra Pradesh when the incident happened but came back after they heard about it. Chintagufa’s population is around 1500. However, only women and children have stayed behind as most men migrate,” said Shaha.

He also claimed that migration for work, especially in Sukma district of Bastar, has increased in the last few years as a consequence of increasing incidents of police brutalities and fake encounters in the area.

Meanwhile, responding to the report, Raj has dismissed the incident as untrue. “Such allegations to defame the security forces have been made before too. They are baseless,” he told the media.

Human rights activists and journalists working in the area find such responses by top officials tragic.

“Such responses indicate callousness of the police. The role of the police is to protect the people. However, in Bastar, there is no rule of law. When several such alleged incidents of sexual abuse have been reported in recent times – to the extent that even the NHRC has taken notice – why can’t the police sit up for once and take cognisance of such crimes by ground-level policemen. They can at least acknowledge the mere possibility of such incidents. Top officials go on record to dismiss the allegation even before they have enquired into the matter. The police, seen to be fighting the Naxals, enjoy a criminal level of impunity in Chhattisgarh. Unfortunately, the Adivasis bear the maximum brunt of it,” said a Bilaspur-based junior lawyer who requested anonymity.

Prominent human rights activist and lawyer Sudha Bhardwaj had told The Wire earlier, “If the state government is serious enough to tackle the deteriorating situation in Bastar, it should send out a strong message – that sexual violence during military operations is unacceptable.”

With the clamour for justice in Bastar peaking, it remains to be seen whether the Raman Singh-led Chhattisgarh government takes notice of such allegedly state-perpetrated atrocities or not.