Kautilya’s innovative conception of state power stands out on many counts, but it may be that the not-so-positive aspects of contemporary India are currently holding the upper hand. 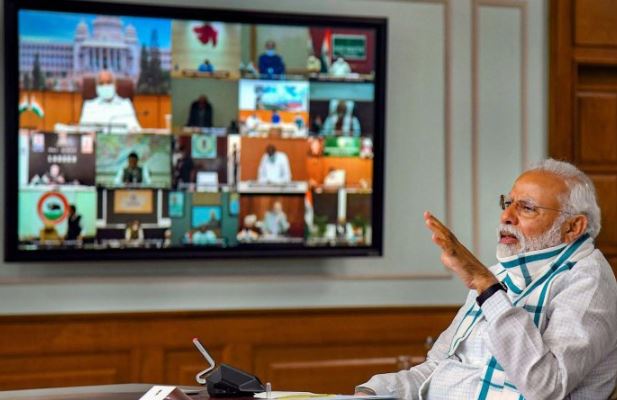 Daunting challenges stare at contemporary India. It is time for introspection and course correction that demands the highest quality of statecraft. According to Kautilya, knowledge is the bedrock of statecraft and foreign policy is crafted on the concept of ‘correlation of forces’, a metric which takes into account everything that determines relative power.

So, how does India fare from this Kautilyan perspective?

Kautilya’s saptanga (seven organs) theory of state illustrates a novel dimension of state power that dialectically engages political rationality and normativity; artha and dharma respectively. His theory borrows from the Ayurveda medical treatise which speaks of seven elements of the body. It echoes the ideas of health, disease and cure in the context of ‘body politic’.

With this cluster of seven prakritis of the saptanga theory, the state is theorised.

Also read: What the Modi Govt Could Learn From Kautilya and His Take on the Role of Experts

The prakritis are ordered according to the weight and importance Kautilya assigns to them, the ruler (swamin) being the most important state element, and the ally (mitra) being the least. The ordering represents a logical and substantive architecture. It is the ruler who appoints the ministers who, in turn, provide the institutional framework for the territorial state, which is constitutive of the people (janapada).

The first three state factors contribute to the defence of the state (durga). The revenues collected feeds the state treasury (kosa) which maintains the armed forces (danda). The first six prakritis are the precondition for the conduct of a state’s foreign policy. It is the health of the first six that determines the use of ally. There is both a ‘logical verticality’ and a ‘horizontal entanglement’ between the state factors.

The ruler is placed on the highest pedestal. Kautilya enunciates 60 qualities that a ruler must possess. Intellectual strength ranks the highest. The ruler’s intentness on truth and firm grounding in the ‘science of politics,’ is highlighted. It is his role as the ‘first servant of the state’ wedded to an explicit normative duty of bringing about happiness of the people that makes him truly successful. For Kautilya, the ruler embodies the state and as the ‘fish rots from the head’, state capacities are weakened due to the incompetence of the ruler.

Axiomatically, any weakening of the power of Prime Minister Narendra Modi would impact India’s wellbeing. Now, in the early stages of his second term, he is certainly the most popular leader, though the sheen may be wearing off.

On the scale of intellectual strength, which if measured through the matrix of education (Kautilya emphasises training in four sciences: Philosophy, Vedas, Economics and Political Science), he does not score well and according to Kautilya, it is a major drawback. His main strength is derived on his knowledge and experience in the ‘science of politics’, though doubts arise whether it is sufficiently accompanied by intentness on truth. The Modi image in the domestic and international stage could have peaked and is probably on the wane internally and in the neighbourhood.

According to Kautilya, the success of statecraft requires the help of associates (ministers). He avers that ‘one wheel alone does not turn’. Therefore, the swamin should appoint ministers and listen to them.

On this, the Modi government would not score well as it is well known that the governance style is centralised and could certainly do better with a consultative and collegiate approach. It is acknowledged that it has become a common practice to bypass ministers and deal directly with civil bureaucracy. Ministers are mostly bystanders and bureaucrats are agents of action. The increased concentration of power in the PMO has resulted in weakening the policy making capacity of the ministries and limiting them to mere executors of policy largely determined elsewhere.

India’s territorial size and its huge population hold potential for growth that can lead to greater happiness for the people. Economic growth since 1990s has been a success story that has lifted millions out of poverty but remains very much a work in progress. It is now challenged by the devastating impact of COVID-19. The scope for recovery remains, as long as prudent policy options are exercised.

The quality of India’s human capital is considerable in absolute terms. There is, however, plenty of room for improvement in its education system to ensure maximum realisation of the people’s potential. Overall, India’s demographic profile holds great promise and begs for policy initiatives.

Ruler, ministers, territory and population contribute to the defence of the state. Kautilya’s ideal capital city is one situated in the heart of the kingdom with proximity to a large body of water to enhance its defensibility.

The conception of Defence in the modern-day Westphalian state is markedly different from its Kautilyan counterpart. All parts of Indian territory are considered to be equally sovereign, even as some parts are geo-strategically vital. Kautilya enunciates the ability to defend, being dependent on availability of finances, the capacity of its armed forces, silent war, internal security and assistance from allies.

Also read: Kautilya Can Help to Resolve a Basic Policy Dilemma During COVID-19

The fact that India’s defence budget is stressed is well known. Its ability to fight a two-front war is strengthened as it is a nuclear power and the notion of being invaded is not a practical possibility. At the worst, attempts could be made to seize some parts of its territory. Internal security remains a major challenge in the form of terrorism and resort to arms by groups in J&K, Central India and the North East. The divisions created by the CAA and growing inequality are causes for concern and weakens internal cohesion.

None of these can overwhelm the capacity of the state, but they certainly consume India’s finite national resources. India’s capability of covert actions which Kautilya refers to as ‘Silent War’ is unknown especially in terms of  accomplishments. Assistance from strategic partners has been mainly confined to boosting our arms capability though there is a trend towards intelligence sharing and multi-national operational capacity.

Revenue is considered the lynchpin of administration and finance. Kautilya however utilises the metaphor of picking only ripe fruits to prevent uprisings that can threaten the ruler. The modern parallel is India’s taxation policy that is surely in need of better architecture.

A healthy treasury is considered the State’s sine qua non. Presently, India’s economic woes have been deepened by COVID-19 and policy initiatives to recoup, have mostly been described as inadequate. Without a major change in the trajectory of economic progress through adoption of productive policy initiatives, weakening of the India’s overall growth and capacity seems inevitable.

Unlike the accepted modern day strategic truism that armed might ranks very high in judging a state’s capacity, Kautilya gives it the penultimate position.  It is suggestive of the fact that while armed might is important, it ranks lower in order in a state’s strategic pursuits. Mantra shakti (power of counsel) is given precedence over Prabhav shakti (power of might). Kautilyan preference for the power of ideas over the power of might is obvious and stands in contradiction to Western concepts like realism where the god of ‘might is right’ reigns. For Kautilya, legitimacy is important and danda the last resort.

Modern India’s strategic thinking has strayed into Western conceptions of power which has similarity with Realism. But Kautilyan notions of power, are more nuanced and subtle:

“An arrow, discharged by an archer, may kill one person or may not kill even one; but intellect operated by a wise man would kill even children in the womb”.

The placement of this prakriti as the least weighty, is based on the belief that internal balancing is preferred to external balancing. India’s refusal to be part of any military alliance follows Kautilyan prescriptions that allies are important but they can be unreliable. Resort to seeking allies must be weighed against the other prakritis and fits into the existing practice of strategic partnerships that are issue-based. Kautilya would have certainly advised against joining the United States in a military camp but would not have objected to sitting in the same tent on issues with common interests.

Kautilya’s innovative conception of state power stands out on many counts. One that it is more comprehensive as compared to power understood in narrow, military terms. Two, that power as an aggregate of the prakritis can be reasonably estimated. Three, and most important of all, it weaves the politically realist objective of enhancing state capacity together with the idealist aim of bringing about welfare of the people. The policy of optimising the prakritis, an act driven by ‘pure power politics’, inevitably leads to happiness and welfare of the people.

In a polarised contemporary India, the view through the Kautilyan lens will reflect the layers of preferences and prejudices of individuals and communities; one that would mirror the layers of thought and contemplation that constitute India itself. Rather unhappily, the not-so-positive aspects of contemporary India may appear to be holding the upper hand right now.