India is the vaccination capital of the world, yet we have managed to inoculate only three percent of our population, the Congress leader said. 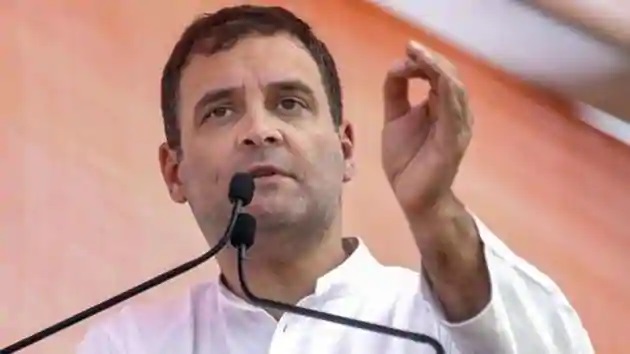 New Delhi: Sharpening the opposition’s attack, the former Congress president and Wayanad MP Rahul Gandhi urged Prime Minister Narendra Modi and his government to immediately rethink India’s vaccination strategy, saying that strengthening the vaccination drive is the only “permanent solution” to the pandemic.

“The USA has already inoculated 50% of its population. Even countries like Brazil have vaccinated 8-9% of its people. India is the vaccination capital of the world, yet we have managed to inoculate only three percent of our population,” he said.

Gandhi, who is currently recovering from COVID-19, said that “the buck stops with the PM”, and accused his lack of foresight for India’s poor handling of the pandemic. To his credit, Gandhi has been the only leader in India who has consistently been highlighting the dangers of the epidemic even before the first wave of the virus hit India last year.

“The PM doesn’t think strategically, he is an event manager. You don’t need events now. Events are going to kill people. What is essential now is that the government should not leave any space and time for the virus to mutate further,” he said, adding that the more time and space the virus will be given, it will become bigger.

He said that Modi has still not understood the nature of coronavirus, which has been evolving since last year. He added that while lockdowns, social distancing, and other such measures are important, they were only “temporary measures”.

“Vaccination is the only permanent solution,” he said, while delivering a pointed critique of India’s alleged confused vaccination strategy. “At the rate Indian people are getting inoculated, it will not be before May 2024 when the whole of India will get vaccinated. This will mean that we will see a third, fourth, fifth, and many other waves which will be much more dangerous because of the mutating virus.”

Gandhi insisted that he and his party have been warning the Union government since last year about the ramifications India may have to face because of a lackadaisical vaccination strategy, particularly since February 2021. “But the government has completely ignored us. I want to tell the PM that we are not his enemies. I urge everyone, including his ministers and district magistrates to give him truthful feedback. But the problem is that the PM doesn’t give proper feedback,” the Gandhi scion said, implying that the PM doesn’t encourage critical discussion.

He said that instead of showing leadership skills to handle the crisis, the PM has indulged in fake triumphalism and showmanship, and sent out the wrong message to the people. “This is only because the PM hasn’t understood the nature of the virus. It is not a normal disease, it is an evolving disease which can only be stopped when all of India’s people are vaccinated,” he said.

Also read: The Blueprint for India’s Vaccination Drive Was Always in Its Industries’ Supply Chains

He hit out at Modi’s obsession to manage perception even at the face of such an unprecedented crisis that has claimed multiple lives, while claiming that the government has been “exponentially” under-reporting deaths and cases. “I have told the Congress chief ministers that even if the cases are huge, we should report it truthfully. Because however unpleasant it may be, only the truth can help us now, and not event management,” he said.

“The PM is trying to repair his image but his image is gone…it is dead. It is time the Prime Minister stands up and leads the nation. These are the times where he has to show his leadership, his courage, his strength. The Prime Minister must stand up and deliver…don’t be afraid. Time has come to show what a good leader you are. So please deliver,” Gandhi said.

Despite Gandhi’s repeated appeals, representatives of the government have only dismissed his criticisms, and have used such opportunities to trivialise Gandhi’s inputs.

Friday was no different. Soon after Gandhi’s press briefing, at least two Union ministers tweeted to ridicule the Congress leader – a part of the BJP’s strategy over the last seven years to corner him politically.

When all the countries in the world are unitedly fighting the menace of #Covi19, we are still to see any visible signs of sense of responsibility from opposition parties, majority of which are nothing but family enterprises indulged in securing the future of their princes.

While Dharmendra Pradhan (Minister of Petroleum & Natural Gas and Minister of Steel) said opposition parties have to take responsibility, Prakash Javadekar (Minister of Environment, Forest & Climate Change, Information & Broadcasting, and Heavy Industries and Public Enterprises), said that Gandhi’s comments only confirmed that a “Congress toolkit” – which has been proven fake by multiple fact-checking websites – is being used to defame the government. The minister also lashed out at the Congress leader for using the term “nautanki” for the PM, and insisted that the government would finish its vaccination drive by December 2021.

“The Prime Minister is fighting COVID with the people of the country. And he uses words like nautanki, which is an insult to the nation and the people. The people have long put an end to their nautanki,” Javadekar said.