Forget Gujarat, the Future Belongs to the Uttar Pradesh Model

Yogi Adityanath is the perfect man to achieve the Sangh’s goals. 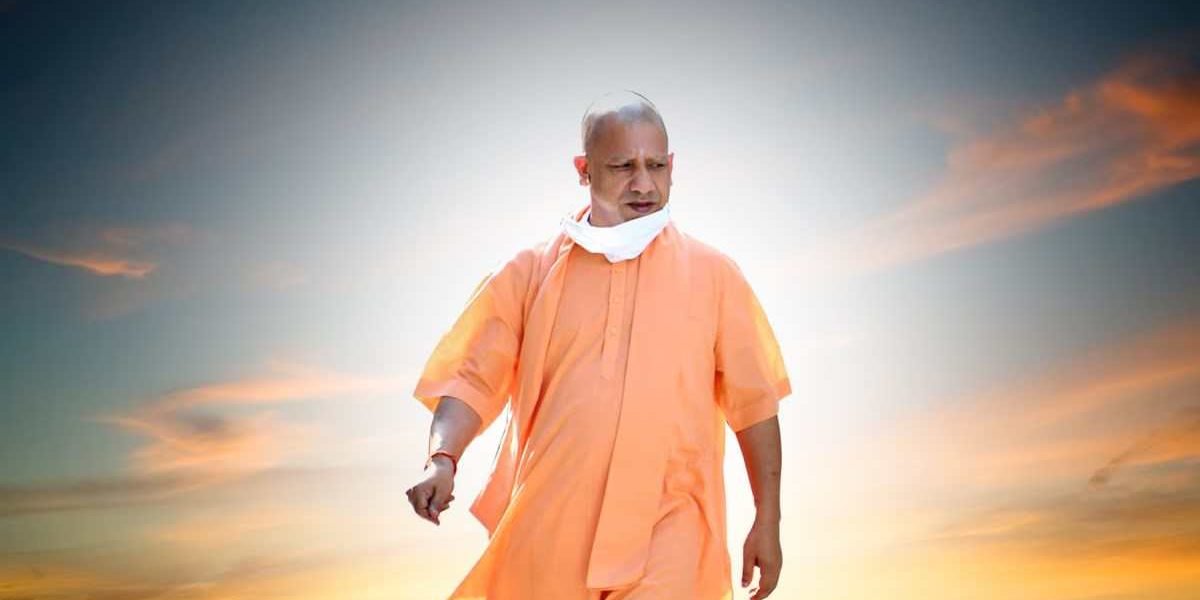 As if the rape and torture of the teenage Dalit woman in Hathras, Uttar Pradesh was not horrific enough, the police clandestinely cremated her at night, rejecting appeals of the family to at least take the body home. The alleged rapists are four men belonging to the Thakur caste.

The entire episode displays upper caste arrogance and the heartlessness of the police. Police forces in India can be callous and with impunity – in UP, especially under Yogi Adityanath, they have been given a free hand, as was seen in the ‘encounter’ in which the gangster Vikas Dubey was killed in cold blood.

Now the cops are defiant of the chief minister, disregarding his orders to suspend a policeman suspected of murder.

In the meantime, Adityanath has been going after Muslims in every way possible and clamping down on all kinds of dissidence – Dr Kafeel Khan was thrown into jail for months because he pointed out the lack of oxygen cylinders because of which many children died in a Gorakhpur hospital. Properties of various protestors against the Citizenship (Amendment) Act were seized. Adityanath is going around changing the name of towns and museums, and is now inviting businessmen to invest in the state. And why shouldn’t he? Hasn’t India Today voted him as the best chief minister in India thrice in a row? Businessmen may now even hail him as the best man to become the prime minister. After all, companies will be allowed to sack workers freely.

And now, as if to rub it in, even as a temple is being built where a 400- year-old mosque was brought down by vandals while the Bharatiya Janata Party’s leaders cheered, all the accused in the case have been declared not guilty. Next stop is Kashi, and then, no doubt, Mathura; all of that will be achieved with the blessings of Yogi Adityanath.

Also read: How an Aspiring ‘Vishwa Guru’ Has Brought the ‘Third World’ Back to India

Behold the new, shiny Uttar Pradesh emerging before our very eyes – upper caste, intolerant and business friendly. And before we know it, this will become the template for India itself. Gujarat is yesterday’s news; tomorrow belongs to the Uttar Pradesh model.

It is worth recalling how the Gujarat model took shape.

Ten years after the Gujarat riots, in which over a thousand people died, most of them Muslim, Narendra Modi became a pariah of sorts. He narrowly escaped being sacked by then Prime Minister Atal Bihari Vajpayee (who, two weeks later sang an entirely different tune, implicitly blaming the Muslims for setting the Godhra train on fire and thus triggering the Hindu reaction).

Modi saved his job, but was shunned by many in India and the international community. Indian businessmen were scathing in their criticism. “Internationally we have lost our name as a secular country,” said banker Deepak Parekh in anguish in March 2002. (He changed his tune later too.) Other businesspersons too had expressed their anger at the wanton killings and looting.

Many countries put Modi on a no-visa list, some openly like the US, others quietly. A few years later, their diplomats were equally discreetly going to Gujarat and meeting him, discussing investment.

And in 2013, at a Vibrant Gujarat summit, top corporate magnates were tripping over themselves to praise Narendra Modi. “He has a grand vision,” said Mukesh Ambani; “He is like Mahatma Gandhi and Sardar Patel,” declared Anil Ambani; Gujarat was the most investor-friendly state in India and the “credit goes to Mr Modi”, gushed Ratan Tata, to applause. By then, he was also beginning to reveal his national ambitions and he was getting popular not just with the business sector but also with many Indians who were hearing only good things about him – the beautiful roads, no power cuts and peace and security of all. Left unsaid was that he had ghettoised the Muslims and shown them their place. As for 2002, that was completely forgotten and carping critics were urged to ‘move on’.

We all saw what happened after that. The media rose in one voice to support him and, simultaneously, rubbish the Congress. Each utterance of Narendra Modi was covered and those with long memories will recall the breathless excitement of television reporters and big-name anchors as they saw his road show in Varanasi. Contrary to the general perception, the media did not sell its soul and join the Modi fan club after 2014 – it happened much earlier.

The pundits nodded wisely, noting that he was no longer talking of divisive issues, but was only concerned with economic growth. Manmohan Singh, running a corrupt government, had ruined India’s economy; the squeaky-clean Modi would rescue it. Foreign investment would rush in, jobs would be plentiful and India would become a superpower.

Nothing of the sort has happened, and the super-efficient Modi has let India’s economy drift. At the same time, hate crimes have increased dramatically and Muslims are being marginalised. That was always the Sangh parivar’s agenda, which it has carried out with ruthless efficiency.

Also read: The Show Must Go Off

To sell Modi to a wider voter base, his image had to be refashioned; even if they were communally-minded, many urban Indians would not have bought into a nakedly bigoted candidate. So a new Modi was created, and it worked.

In Delhi, the Modi government is pushing through legislation against farmers and Muslims, changing the rules to favour businessmen and coming down heavily on dissent, while ensuring its own people are not unduly troubled by the police. But running a government at the Centre does not give powers at the state level and that can sometimes be a handicap; that is where Adityanath is showing promise. Despite being a chief minister, he can send his police anywhere to serve notice to journalists. He is the Lord and Master of UP; in Delhi, he will be unstoppable.

The UP model will not brook any opposition, and not have any worries about how it looks to the international community. In Adityanath’s worldview, foreign policy and diplomacy don’t matter. Legislative niceties are a waste of time. And democracy is for namby-pambies. A mission has to be achieved, and he will achieve it – the Sangh knows that. His credentials are impeccable – he viscerally hates the Muslims and thinks Dalits should know their place. Narendra Modi is too soft from the Sangh point of view, too concerned about his image. Not so Adityanath. And that is why, Yogi Adityanath is the man of the future.