To create favourable conditions for next year's assembly elections, the saffron party used unfair methods to reverse the trend that reflected popular will. 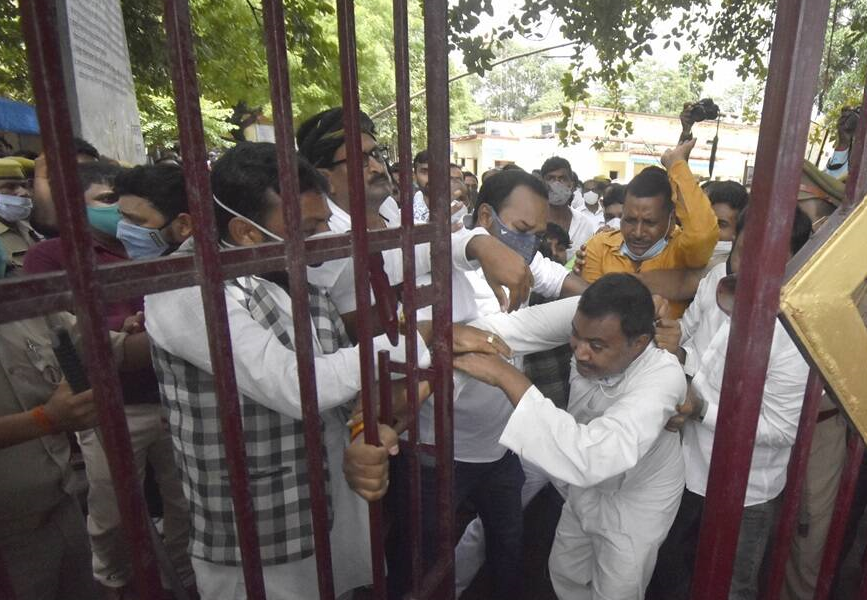 BJP and SP workers clash at the collectorate office on the last day of nomination for the District Panchayat polls, in Gorakhpur, Saturday, June 26, 2021. Photo: PTI

Free and fair elections constitute the base of any democracy. Everything else comes later. Hence, it is very important to ensure that elections are conducted in entirely free and fair ways. While the aim should be to ensure 100% fairness, let us be practical. Given all the problems that exist, perhaps to ask for or expect 100% honesty would be too much.

So what is the bottom line? At the risk of some oversimplification, it would be reasonable to say that as long as the level of irregularities is low enough so as not to influence the election result in a significant way it may be considered still tolerable (although each and every irregularity is still highly undesirable). But a level of irregularities that by itself changes the election result just cannot be tolerated as this destroys the very essence of democracy.

So what would one say if the irregularities actually reverse the trend reflecting popular will and convert certain defeat into publicised huge victory? Let us examine the recent panchayati raj elections in Uttar Pradesh (UP), India’s most populous state, from this perspective.

Panchayati raj election systems are not the same in all states of India but these generally involve elections for rural decentralisation institutions at three tiers – village or a cluster of smaller villages, blocks, districts. For some posts at these levels, people vote directly to elect representatives. For other senior posts, it is these directly elected representatives who vote in a system of indirect election. In this second category, the number of voters is smaller while the stakes are higher, hence there are more chances of manipulation using money and muscle power. These panchayati raj elections are not officially fought on party lines, but who is supported by whom is clearly known at local levels, and on this basis, political trends are widely reported.

In the recent panchayati raj elections of UP, spread over April-July, the results of direct elections more clearly reflected the real inclinations of people. They reflected a clear trend where the Samajwadi Party (SP) was in the first position, the Bharatiya Janata Party (BJP) in the second position, the Bahujan Samaj Party (BSP) in the third position, followed by others, including the Congress Party.

The BJP tried to hide its discomfort at these results by claiming several winning independent candidates as its supporters, but this did not get much credibility and several reports continued to clearly put the SP in the first position. These reports particularly emphasised the very poor performance of the BJP in its strongholds like Ayodhya, Varanasi and Mathura.

According to a Hindustan Times report published on May 6, in Varanasi, the Lok Sabha constituency of Prime Minister Narendra Modi, out of 40 seats of zila (district) panchayat members, the BJP could win only seven while the SP bagged over twice the number (15). The Congress got five while the BSP got four seats. In Mathura, the Lok Sabha constituency of BJP star campaigner Hema Malini, out of total 33 seats, the BSP led with 13 while the BJP had to share the second spot with the Rashtriya Lok Dal at eight seats each. In Ayodhya, another supposed big stronghold of the BJP, the party could win only eight out of 40 seats, while the SP won thrice the number (24) and the BSP got four seats.

While looking at these results, it should be kept in mind that the BJP candidates were generally much better placed in terms of resources and massive funds have been poured in recent times into the BJP strongholds like Varanasi. The party’s loss was in spite of these big advantages as well as the wider advantages of the BJP being the ruling party.

These results must have set alarm bells ringing within the BJP and the Sangh parivar. In fact, it was a BJP Rajya Sabha member, Subramanian Swamy, who provided perhaps the most discussed interpretation of these results in political terms. After analysing these results in terms of various state assembly constituencies, he posted a tweet on May 6 which stated — seats won by party candidates in UP local bodies reveals the following in terms of MLA seats. He said that if the same trends hold, the Samajwadi Party would win 243 seats of the 357 constituencies where panchayati raj elections were held. The BJP would only win 67, he said, asking people to correct him if he is wrong.

There were many responses to this tweet and I could take only a quick look. There were several admiring responses, while some said that these polls cannot be linked to assembly polls and a few even suggested that Swamy should shift to the SP! However, I could not find any serious questioning of the basic data Swamy mentioned based on facts and figures.

Whether this particular data is accurate or not, the more general impression conveyed by direct voting results, as also reflected in several media reports, was clearly that the SP is leading comfortably, even in several BJP strongholds.

However, the indirect voting was still to be held for the important posts of block pramukhs (second-tier head) and zila panchayat adhyakshas or district panchayat presidents (third-tier head) in July. Word was sent around in the BJP and the Sangh parivar that these two elections have to be won and the entire machinery from top to bottom got into motion.

The basic problem for them was — if most of the voters in the form of zila panchayat members do not support the BJP, then how can a BJP supported candidate win the election of zila panchayat head? This appeared to be almost impossible in a fairly conducted election. A similar position existed mostly at the block level (second tier).

Also read: When 40% Seats Are Won Uncontested by the Dominant Party, It’s Time to Ask Questions

Since it was not possible to win these elections in a free and fair way and since these elections had to be won anyway, many unfair methods like violence, intimidation, beatings and firing were widely reported by the media.

However, the results are there for all to see. In district panchayat president elections, BJP supported candidates won 67 out of a total of 75 seats. In blockhead elections, the BJP supported candidates won approximately 635 out of a total of 825 seats. A propaganda blitz has been unleashed that the BJP has achieved a huge and sweeping victory in panchayati raj elections in UP. This is publicised to create favourable conditions for assembly elections to be held in the politically most influential state within a few months. While sweets have been widely exchanged in BJP circles celebrating the victory, we do not know if the word democracy was heard in the course of these exchanges. 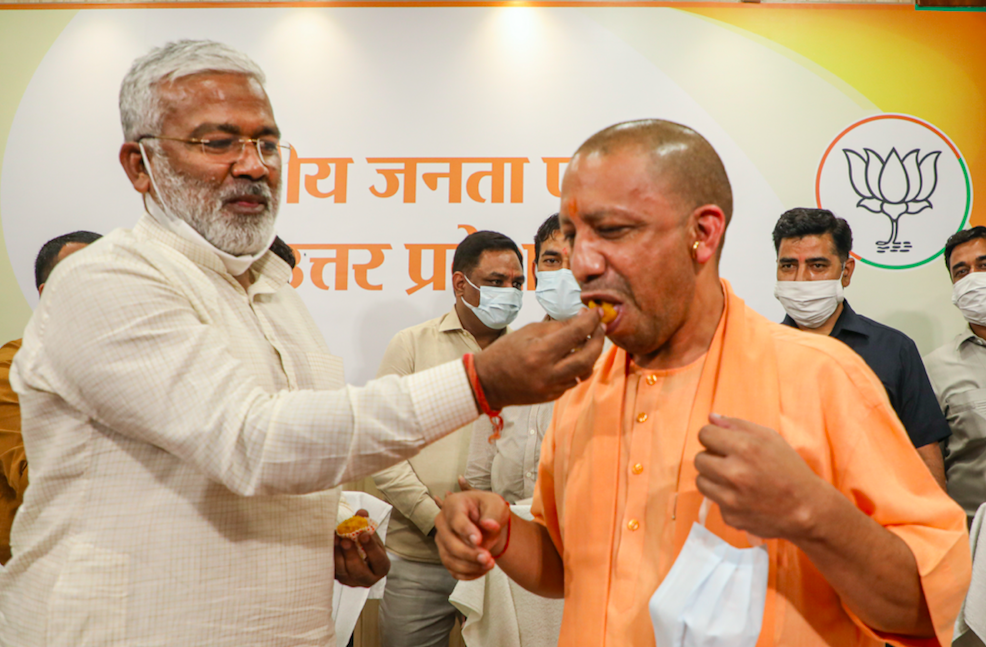 Hence, we have here a classic case of manipulation which could turn a very clear defeat in terms of public mandate into a huge supposed/publicised victory. This can be called political engineering, but of the kind taught at a scam-ridden engineering college.

This has raised serious concerns in terms of the impending UP assembly elections within a few months. Hence all protectors and supporters of democracy, whatever their political affiliations, have now clear responsibility of contributing their best to protect democracy.

Bharat Dogra is honorary convener, Campaign to Save the Earth Now. His recent books include Protecting Earth for Children and Planet in Peril.