Understanding Right-Wing Resurgence in the US and India

Dramatic changes in voter behaviour are symptomatic of major shifts in voter perceptions of the quality of political leadership and governance. 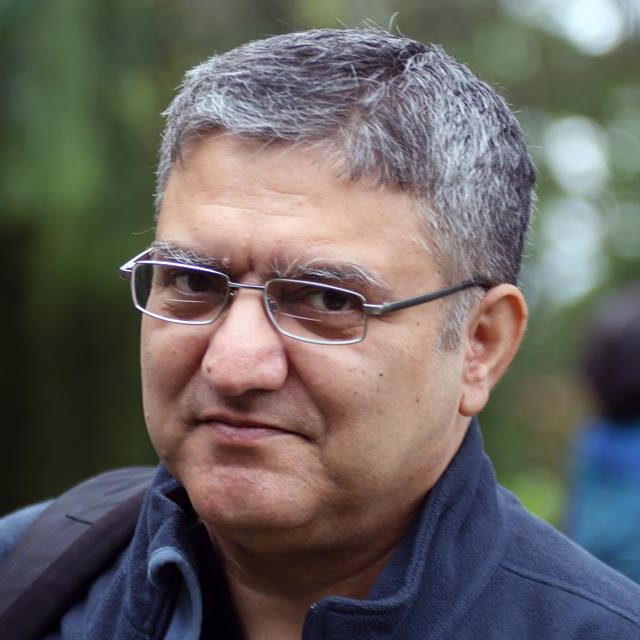 As President Trump approaches an election year and Prime Minister Modi completes his first term in office, the comparative pathologies of right-wing resurgence in the United States and India merit examination.

Both transitions signalled major shifts in electoral behaviour. In the US, the Trump flavour of extreme ‘Republicanism’ was new while in India, the right-wing BJP’s overwhelming victory in 2014 was also unprecedented.

Such dramatic changes in voter behaviour are symptomatic of major shifts in voter perceptions of the quality of political leadership and governance. This may be the result of a gradual accumulation of resentment, frustration and anger with existing economic circumstances and politicians perceived as complacent and uncaring.

As the US economy outsourced manufacturing and services to low-cost production centres around the world and focused on dominating the knowledge economy, the demand for labour shifted from the shop floor to the research lab and the software development sector. High school diplomas were inadequate for scientific research or writing Java code and the Asian hordes with degrees in science and technology poured out of graduate schools and into high-paying jobs in the Bay Area and elsewhere. To make matters worse, the perception that the ‘lesser’ jobs were ‘stolen’ by ‘illegal immigrants’ willing to work at below minimum wage rates mounted.

With the collapse of the Soviet Union, the ‘enemy’ essential for extremist ideologies disappeared, but thanks to Saddam Hussain and his non-existent weapons of mass destruction, there was war in the Gulf and a new enemy was born.

When 9/11 happened, there  was a real enemy to be feared and fought and he was not tall, blonde, and blue-eyed, but ‘different’ – brown skinned, often bearded and be-turbaned.

Also read: The US Led Liberal International Order Is in Crisis

And then, an unregulated financial market fuelled a housing bubble that burst and triggered a huge recession. Underlying these dramatic events, the gap between the very rich and the relatively poor was widening.

The cumulative consequence of these events spread over two and a half decades was — amongst a significant section of the American population — a rising wave of resentment at having been left behind.

And to cap it all, Barak Obama – a black man – became President and remained in the White House for two full terms!

Anger and fear had been established, as had a generic enemy. All that was needed was a defender of the faith.

Donald John Trump demolished  all opponents – Republican and Democrat – to become the most powerful man in the world. He met a primal need of a large number of voters for immediate reassurance: “It’s not your fault, it’s their fault. I’ll look after you, regardless. I‘m on your side.”

The Indian story is a little different

Once a nation was put together after the trauma of Partition and colonialism, the first three decades  were characterised by sluggish economic growth.

From 1980, the rate of economic growth jumped dramatically and when the high growth trend was sustained over decades, phrases like ‘one of the  fastest growing economies in the world’ began to be heard.

However, a rising tide lifts all boats that can float, but not those weighed down with the ballast of poor education, poor health, and inadequate skill sets.

Thus, rapid  growth was accompanied by extensive unemployment, continuing absolute poverty in large numbers and marked inequality which, given the proliferation of electronic media, was more apparent than ever before.

Adding to this were the consequences of the policy of affirmative action adopted after Independence which  generated resentment amongst those wanting quality education and employment but not eligible for ‘reservation’.

An increasingly resentful population also saw a visible institutionalisation of corruption in the political and administrative space, leading to the widespread perception that the rulers are all-powerful and corrupt and the ruled helpless, which simply added to the angst.

The stage was set for a reaction.

In the national elections of 2014, the right-wing Bharatiya Janata Party (BJP) selected as leader a charismatic and powerful orator. The candidate spoke strongly about development for all and vowed to bring about a comprehensive transformation in governance, the economy, and society.

The other agendas of the right-wing were left to ‘other’ organisations. These defenders of the faith have worked on designating the Muslim as the ‘enemy’ and ‘putting him in his place,’ conflating mythology and history, confusing symbolic representations with historical facts and implementing a ‘muscular’ version of Hinduism where, instead of philosophical speculation and spiritual search, there is lynching of those suspected of eating or even transporting beef.  The ‘glorious Hindu past’ was highlighted and a jingoistic nationalism and militarism became popular.

The tenability of emotional appeal

In both the US and India, cynical politicians directed the rising tide of resentment and frustration into culturally established channels that have historically divided society, thereby carving out a constituency that brought them into power. In the US, a crucial channel for this purpose was race, in India, religion.

Extreme right-wing ideologies use race and religion as they provide strong emotional hooks to reel-in angry and frustrated voters. They channel the angst which is real, towards a visible, vulnerable and culturally established ‘other’, demonising him and then victimising him and all his tribe violently and publicly.

For India, the tragedy is that Hinduism, a tradition that emphasises a fundamental unity amidst all the diversity of creation, is used to divide and rule.

For the US, the tragedy is that the ‘tired and poor’, the ‘homeless and the tempest tossed’ are no longer welcome on its shores unless they are non-Muslim white Europeans, and preferably rich.

An intriguing question that arises is: Just how long will the emotionally charged ‘hooks’ of right-wing fundamentalism bind the voters to their elected representatives in the absence of significant improvements in the economic  and social circumstances which are the root cause of their angst?

Amitabh Pandey studied Economics at St. Stephen’s College and the Delhi School of Economics. He taught Economics at an undergraduate college of Delhi University and then worked for the Indian Railways for 24 years, in the course of which he conceptualised and implemented the Railways online ticket reservation system. He now lives in Noida and writes full-time.