When Turtuk was recaptured from Pakistan in the 1971 war, hundreds of families were torn apart, their lives forever mired in border disputes. 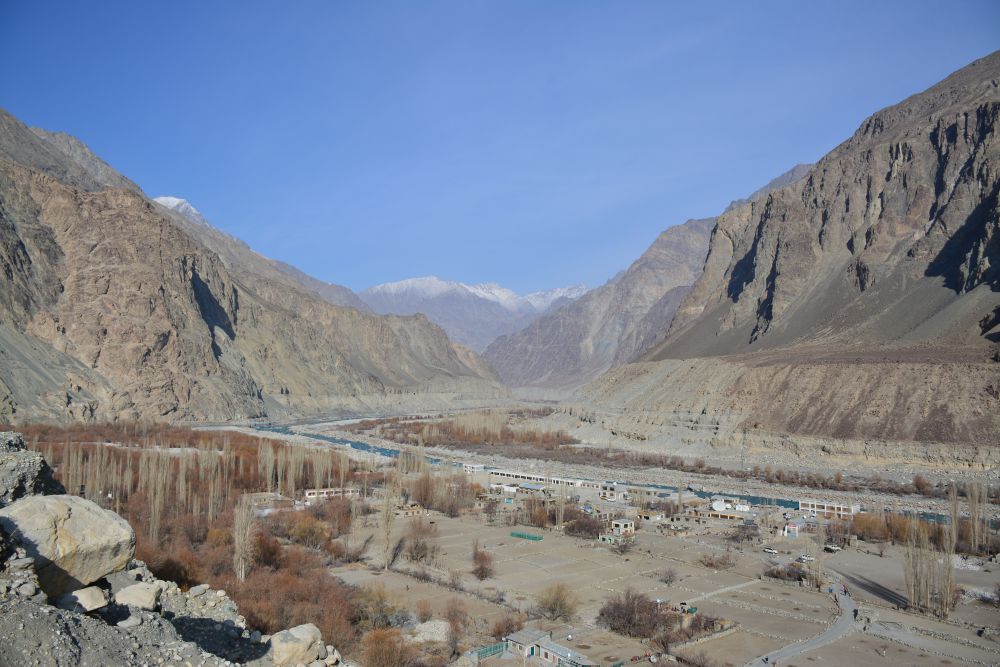 A view of Turtuk village on the India-Pakistan border. Credit: Aaquib Khan

It took Mohammad Ali nearly a month to cover the same distance that the turquoise coloured Shyok crosses in just a few minutes. A line drawn between the borders of India and Pakistan changed his life forever. Shyok, which literally means ‘river of death,’ is the only spirit that touches the doorstep of Mohammad’s parents, whom he met after 46 years of wait.

In 1971, one of history’s shortest wars was in full swing in the eastern and western front of the border. People of Turtuk were hiding in a nearby gorge one winter night, afraid of a marching army that gouged out the eyes of their enemies, cut off the breasts of women and plundered and burned the villages. For them, it was a long and dark night. 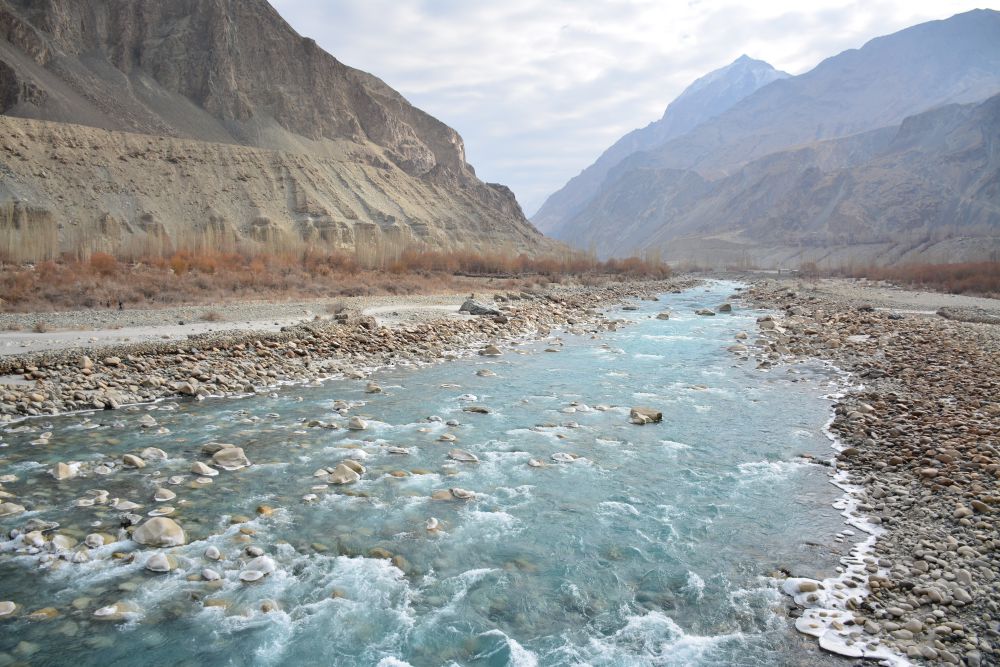 However, when Major Chewang Rinchen of the Indian army reached Turtuk, he won over the villagers. He convinced them that everyone was safe and asked people to return to their homes. Nevertheless, the dawn brought an unprecedented future for Mohammad.

In 1948, the entire Baltistan, including the Turtuk area of Khaplu, was merged with Pakistan. While Bangladesh was being carved out of Pakistan during the 1971 war, Indian troops took back Turtuk and three more villages – Dhothang, Tyakshi (earlier called Tiaqsi) and Chalunkha – from the Pakistani territory, 23 years after it went to Pakistan.

Although the roads are marred by landslides and shooting stones, the six-seven hour drive from the Leh district to Turtuk is a gallery of unspeakable beauty. Turtuk is a colourful portrait, a ‘promised land’ sandwiched between two hostile neighbours – India and Pakistan. The last big village before Turtuk is Bogdang, approximately 100 kms from Leh, a largely Sufia Noorbakhshia dominated area, where no one was allowed to buy a television until recently.

War glorification is a common practice among both nations. But war brings misery. The sudden accession of these villages brought torment and pain for many. Hundreds of families from these border villages paid a heavy price for the enmity of two nations. Because of the sudden war, villagers who were studying, working or had travelled for trade, were stuck in different parts of Pakistan while their family members became part of India. An invisible wall rose that night and many perished under its shadow.

Mohammad, who is now in his mid-50s and a resident of Thang – the last Indian occupied village adjacent to the Line of Control (LoC) – and his younger brother, father and grandfather, became a part of newly occupied India while his mother stayed in Pakistan-occupied Baltistan.

While sipping noon chai, Mohammad recalls that once the dust had settled and ceasefire had been declared by both countries, the Indian army sent his father, Rozi Ali, to the Pakistan border with a white flag. He held a letter from the Indian army requesting to bring his family to the Indian side of the border. But he was detained. Both brothers were cared for by their aged grandfather. Mohammad’s hope was to see his parents alive and after a long and painful process, he was able to get a temporary visa for Pakistan in 2014.

“If my parents were dead, I and my brother would not have felt this much pain. But we know our parents are alive and yet we can’t meet them,” he said with a choked voice.

The distance between his village and the LoC is just 2.5 kms, but it took 46 long years for him to see his mother again. The deeply wrinkled face can better explain her decades of long wait and her patience to see her son. 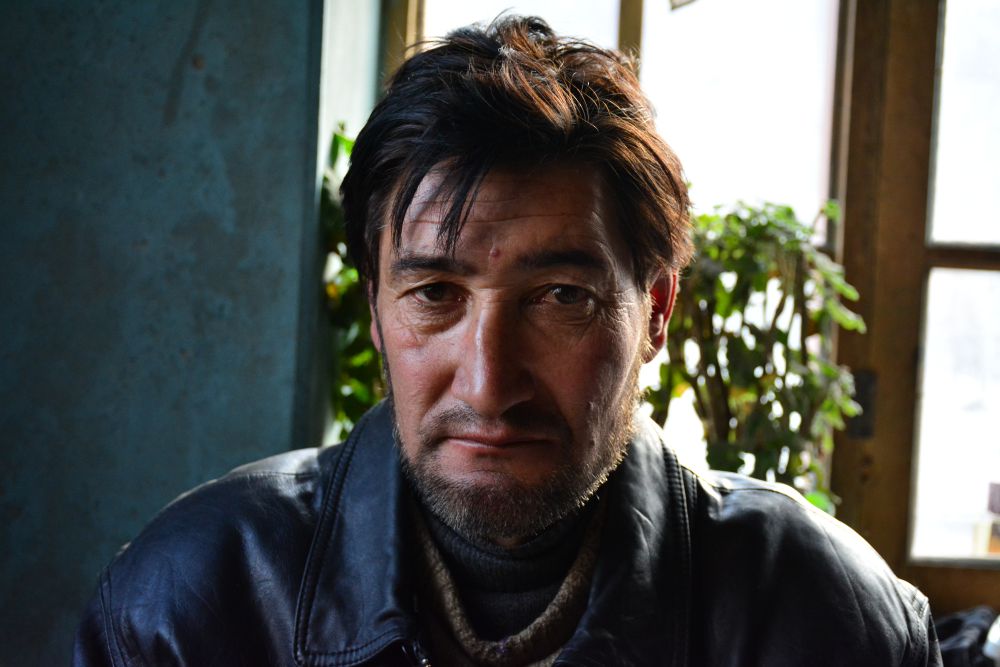 Meeting his father was equally emotional. Postal letters were their only source of communication, later they shared audio cassettes. Soon phone lines appeared but it further increased the temptation to see each other. The moment they saw each other he felt like everything was whirling around him; blurry, colourless memories kept falling and rising; words got stuck in arteries and a thick silence fell for a while. The magnitude of the tragedy of losing his parents was coming out as tears.

Mohammad found out that his father was interrogated about the behaviour of the Indian army once he reached the Pakistan side of the border. The unworldly villager, not knowing the consequences, told them that the Indian soldiers had not harmed them; instead they took good care of villagers. Hearing this, the Pakistani soldiers suspected him of being a spy for the Indian army and imprisoned him for six years. During this period of time, Mohammad’s mother tried to cross the border several times to take them with her, but she failed.

Mohammad got a visa extensions during his stay in Skardu. But every night he could hear the murmurs of Shyok in his ears. In low, almost inaudible voice, it was indicating that he had to leave his parents, brothers and sisters – who were born in Pakistan after the war. He didn’t belong there.

“I left for India without informing my parents. I left my clothes, the gifts I got from people, even my driving licence so they do not suspect I am leaving them. I was afraid my parents may fall ill, that something bad might happen to them,” Mohammad recalled with a heavy heart.

Since he returned, he has lacked the courage to speak to his father.

Soon after the ceasefire was announced in 1971, the Indian army started to fulfill the basic necessities of the seized villages. Rations were distributed among the population at reasonable rates. Daily use items such as cloths, kerosene were arranged. Doctors and hospital staff was appointed and new infrastructure was set up.

Later, initiatives like ‘Operation Sadbhavana’ were started by the army to alleviate poverty and to create jobs. Efforts are also being bring medical and school facilities to the region.

Remembering his childhood, he talks of how the Indian army sometimes provided him and his brother red coloured clothes, burnt some wood for smoke to create attention and let both brothers play in an open space on the Indian side of the border village so that their parents could see them from the Pakistan border through binoculars.

Baltistan was a Buddhist dominated area until the 13th century when Mir Sayyid Ali Hamadani, an Iranian poet and a prominent Muslim scholar of Islam, arrived there. There is a mosque in the old part of Turtuk (adjacent to Captain Haneef Uddin sub-sector, a Vir Chakra Kargil war hero). No one knows when it was built, though it was first renovated in 1690. The mosque reflects an exquisite blending of swastikas and Buddhist patterns with Iranian designs.

A few steps away, there is a wooden house, larger than the others and with more than one-foot large wooden portrait of an eagle hanging on the entrance, which denotes the ‘saviour’. The old colourless doors and walls tell a story of a lost kingdom. The story of a lost king. The saviour of Turtuk. Yet, his house doesn’t look like a palace from inside. 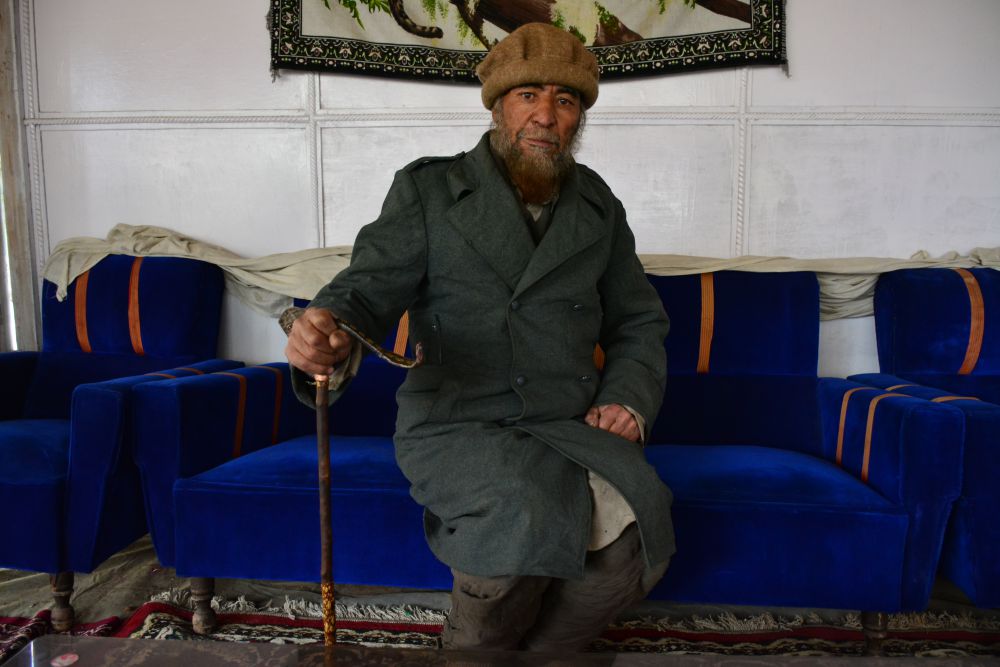 He is the direct descendant of the Yabgo dynasty (of Chhorbat-Khapalu) that ruled the region well before the 16th century. Kacho lives in the remnants of his home and has his own private museum of family artefacts, including shields, coins, paintings, earthen pots and books along with a donation box for visitors. After India’s partition in 1947, his small palace was occupied by the Pakistan army for five years, which looted many precious artefacts.

During the Bhoodan movement, Kacho lost most of their ancestor land (Bhoodan was a service in which those who had land gave some part of it as a gift to those who didn’t). The Yabgo dynasty lost its power and wealth and the financial condition weakened Kacho’s family. He was not allowed to work by his father. He now works as farmer, providing vegetables to the army. The few apricot trees are his only source of income. He is probably the last king of the dynasty as his only son is interested in trade and business.

Kacho is unhappy with the civil government, as he believes they are continuously ignoring the issues of the people of Turtuk. But he appreciates the tourists.

“The development that Turtuk has seen from 1971 to 2010 equals the development achieved in just six years, i.e. from 2010 since it was opened for tourists.” Kacho said. He credits the development of infrastructure to a booming opportunity of tourism.

On a recent trip to Turtuk, on the opening of Turtuk-Khaplu route to re-establish the social connection of the divided families, Jammu and Kashmir chief minister Mehobooba Mufti assured the people living across the LoC a meet, similar to the Srinagar-Muzaffarabad and Poonch-Rawlakote ones. Do the people in Turtuk believe her promise? Most do not.

Winters in this part of world make trees naked and silent. Birds stop chirping on branches. The sunlight was so dim that they can’t even see their own shadows. But still the hope keeps brewing inside the Earth. Spring comes bringing colours to leaves, smiles to flower buds across the white canvas of sky. But the spring is a far away dream for hundreds of families here. The imaginary lines on the map that decide territorial ownership have a meaning, but the lines drawn between countries that separate mothers from sons or sisters from brothers have no meaning.

Aaquib Khan is a Mumbai-based media professional. He tweets @kaqibb.