While Twitter's Jack Dorsey has intervened editorially in an admonishment of the American president's language, Facebook's Zuckerberg says the platform is committed to free expression. 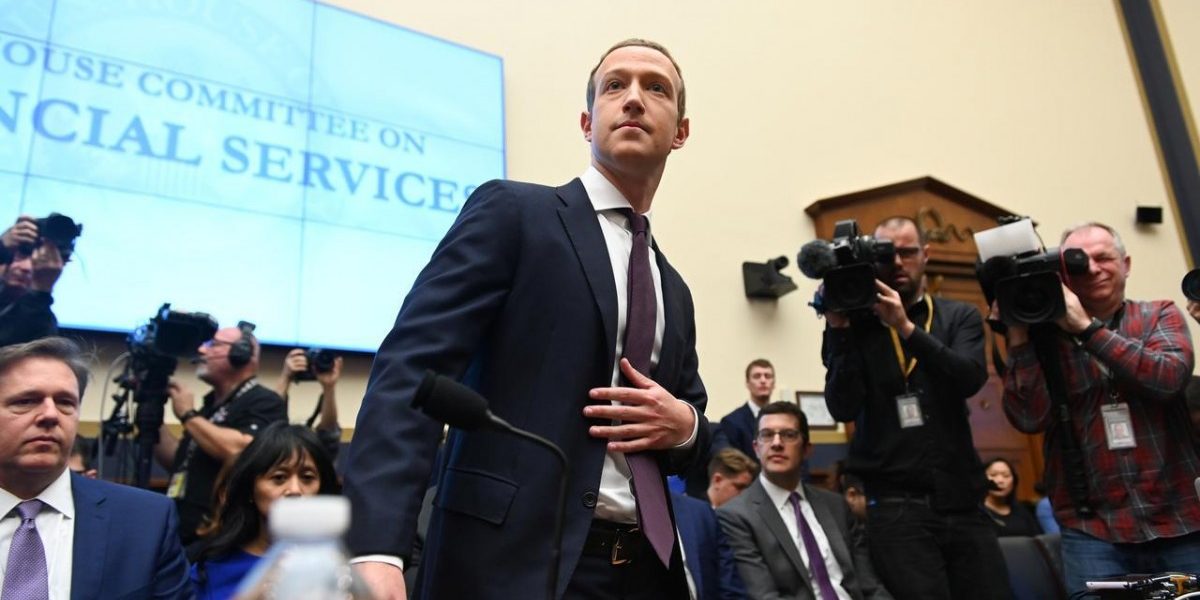 New Delhi: Facebook CEO Mark Zuckerberg has said that the social media giant refused to take down President Donald Trump’s recent controversial posts on the Minneapolis protests because it was the company’s stated position to “enable as much expression as possible”.

Trump last week posted that some Minneapolis protestors were “thugs” and noted that “when the looting starts, the shooting starts”.

….These THUGS are dishonoring the memory of George Floyd, and I won’t let that happen. Just spoke to Governor Tim Walz and told him that the Military is with him all the way. Any difficulty and we will assume control but, when the looting starts, the shooting starts. Thank you!

These posts sparked widespread outrage and controversy, especially with regard to the negative historical baggage that comes with the ‘looting and shooting’ phrase.

In a recent post, Zuckerberg admitted that he had been struggling with “how to respond to the President’s tweets and posts all day”.

“Personally, I have a visceral negative reaction to this kind of divisive and inflammatory rhetoric… But I’m responsible for reacting not just in my personal capacity but as the leader of an institution committed to free expression. I know many people are upset that we’ve left the President’s posts up, but our position is that we should enable as much expression as possible unless it will cause imminent risk of specific harms or dangers spelled out in clear policies,” the Facebook boss said in a long post last week.

“We looked very closely at the post that discussed the protests in Minnesota to evaluate whether it violated our policies. Although the post had a troubling historical reference, we decided to leave it up because the National Guard references meant we read it as a warning about state action, and we think people need to know if the government is planning to deploy force.”

Over the last few days, protests have broken out across parts of the US over the death of George Floyd, an African-American who died in Minneapolis after a white police officer detained him and kneeled on his neck.

Media reports so far indicate that four officers in the incident have been suspended and on Friday, the officer who kneeled on Floyd’s neck, Derek Chauvin, was taken into custody and charged with third-degree murder and manslaughter.

After his initial posts, Trump later clarified his stance, noting that  that “looting leads to shooting … I don’t want this to happen, and that’s what the expression put out last night means.”

Looting leads to shooting, and that’s why a man was shot and killed in Minneapolis on Wednesday night – or look at what just happened in Louisville with 7 people shot. I don’t want this to happen, and that’s what the expression put out last night means….

The American president’s comments have sparked debate over the role of technology companies in moderating discourse around this controversial issue. In particular, Facebook’s stance is remarkably different from Twitter, whose recent steps to put warnings and fact-checking labels next to Trump’s tweets have put it on a collision course with the White House.

Noted technology news website The Verge reported last week that a number of Facebook employees have internally criticised the organisation’s decision not to take down Trump’s posts about the protests and about ‘mail-in ballots’, both of which Twitter has  flagged.

“I have to say I am finding the contortions we have to go through incredibly hard to stomach,” one employee wrote in a comment. “All this points to a very high risk of a violent escalation and civil unrest in November and if we fail the test case here, history will not judge us kindly.”

In this matter, and other controversial posts on ‘mail-in ballots’, Zuckerberg has taken pains to distance Facebook from Twitter and its fight with Trump.

Both sites take down content that violates their terms of service, but Facebook’s approach, he said, has “distinguished us from some of the other tech companies in terms of being stronger on free expression and giving people a voice.”

While Facebook does apply labels to misleading posts, it exempts from review posts by politicians, a decision that some lawmakers and presumptive Democratic presidential candidate Joe Biden say helps lies to flourish online.

Unlike Twitter, Facebook outsources its fact checking to media partners and says it takes no stance itself. The split with Twitter comes despite Zuckerberg’s more aggressive posture against misinformation in recent months, including pledges to wipe from Facebook’s apps any misleading posts about the novel coronavirus which could cause physical harm.

Facebook took down a coronavirus-related post from Brazilian President Jair Bolsonaro in March. It also explicitly bans content that misrepresents methods for voting or voter registration “regardless of who it’s coming from.”

Zuckerberg said Trump’s comments on Tuesday did not hit Facebook’s bar to be considered in violation of its voter suppression rules.

Trump had posted unsubstantiated claims on both Twitter and Facebook saying the governor of California was sending mail-in ballots to anyone living in the state, “no matter who they are or how they got there,” although ballots are only sent to registered voters.

Twitter Chief Executive Jack Dorsey said Trump’s claims “may mislead people into thinking they don’t need to register to get a ballot” and hit back at the White House for pinning the decision on a mid-level Twitter staffer.

A Twitter spokeswoman said that senior executives, including Dorsey, had approved the decision to label Trump’s tweets.

Twitter, for its part, has at times sought to differentiate itself from Facebook. Last year, it announced a political advertising ban just as criticism of Zuckerberg’s fact-checking exemption was reaching a fever pitch.

Trump remains one of Facebook’s top political spenders, although campaign ads comprise a tiny slice of its total revenue.

“Trump has much less leverage over Twitter than other companies. Twitter don’t [sic] sell political ads, they’re not big enough for an antitrust threat and he’s clearly hooked on the platform,” Wexler tweeted.