Pradyot Kishore Manikya Debbarma has explained that his call for ‘Greater Tipraland’ emanates from the alleged failure of the IPFT to act on the 'Tipraland' call. 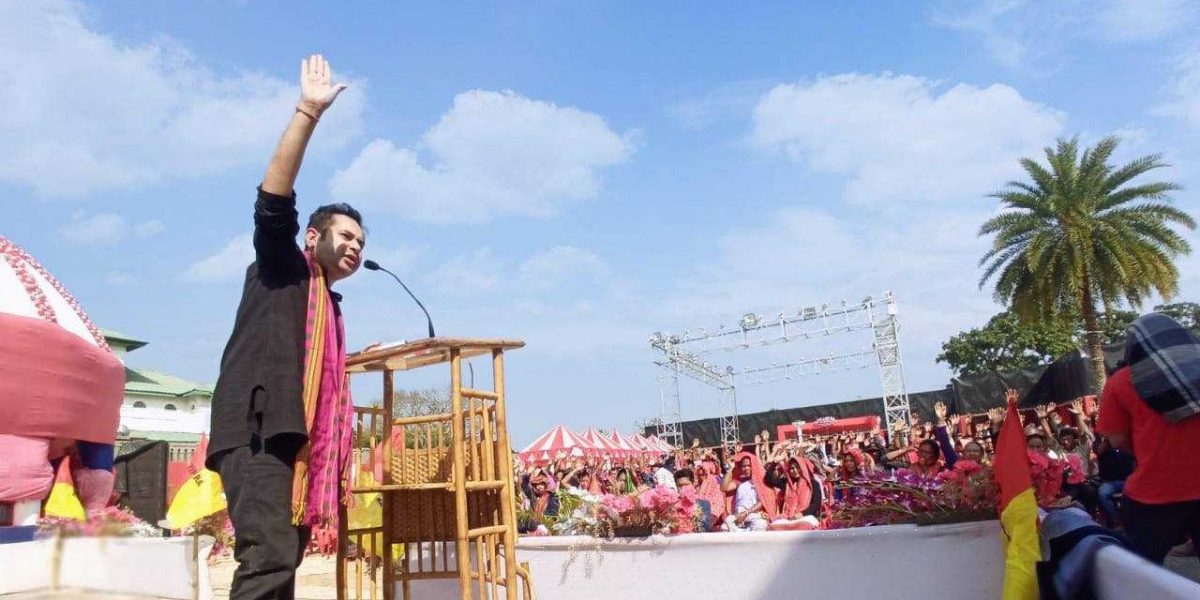 Agartala: Three months before elections to the Tripura Tribal Areas Autonomous District Council (TTAADC), the state’s royal scion and former state Congress president Pradyot Kishore Manikya Debbarma has given a call for a ‘Greater Tipraland’, covering Tripuris in and outside of the district council and even the Tripuri diaspora.

This is an effort by Pradyot to consolidate the tribal vote bank for his organisation, The Indigenous Progressive Regional Alliance (TIPRA).

‘Greater Tipraland’ has been a political demand on the lines of ‘Greater Nagalim’, and seeks to – in a democratic manner – cater to the aspirations of Tripuris in Mamit of Mizoram, Kachar and Hailakandi in Assam, and even in Khagrachari, Bandarban, and Chittagong of Bangladesh.

Tripuris are 19 indigenous clans, most of whom live in the TTAADC areas which make up two-thirds of the state’s geographical area.

‘Tipraland’ was a demand of the Indigenous People’s Front of Tripura (IPFT), which is now in power in Tripura in alliance with the Bharatiya Janata Party. It was a political call for the creation of a separate state for indigenous groups.

However, Pradyot has explained that his call for ‘Greater Tipraland’ emanates from the alleged failure of the IPFT to act on the ‘Tipraland’ call. Also on the table are the government’s purported support for the Citizenship (Amendment) Act and for revising the National Register of Citizens in Tripura.

“The concept of Greater Tipraland does not restrict us to simply the TTAADC areas. We demand that every indigenous area or village which is today outside the TTAADC be included in Greater Tipraland. There are a group of people who are demanding a separate council in Jampui hill of Tripura. Then, as an indigenous person of the state, why can’t I demand rehabilitation of all Tripuris? This is not against any community, it is for welfare. In Bodoland, the same thing has happened. The Tripuris are in a terrible condition,” Pradyot said.

The Tripura Tribal Areas Autonomous District Council (TTADC) was constituted on January 18, 1982. It covers 68% of the total geographical area of the state and is home to over one-third of the total population of Tripura. The district council has a total of 30 seats, of which 28 are for elected members, while two are nominated by the governor of Tripura. It was ruled by the CPI(M).

On March 26 last year, the BJP-led Tripura government deferred the election of the district council ‘indefinitely’, though its tenure expired on May 17, 2020, citing the COVID-19 pandemic.

The tribal council’s charge was assumed by the gubernatorial head, as per a decision of the state cabinet, till the next election. The tenure was later extended for another six months.

After the Tripura government extended the tenure of district council twice, an individual from the district council and a regional political party named Tripura People’s Front (TPF) filed a PIL last year seeking immediate polls in the council. On January 12, the Tripura high court had directed the state government to conduct the polls before May 17, 2021.

The birth of TIPRA

After resigning from the post of president of the state Congress in protest against alleged pressure mounted on Pradyot Kishore Manikya Debbarma by the All India Congress Committee to withdraw the case he had filed in the Supreme Court demanding implementation of the NRC in Tripura on 2019, the royal scion has floated a new apolitical organisation – The Indigenous Progressive Regional Alliance (TIPRA) – for the welfare of the indigenous of the state.

On Friday (February 5), Pradyot had announced that his organisation would be a political party and will contest in the district council polls, demanding a ‘Greater Tipraland’.

Pradyot had appealed to all the regional indigenous political parties to create unity, as every regional party in the state is fighting for the same reason under a different banner.

“TIPRA has taken a policy decision that it will request all political parties to either merge or ally with us for the upcoming TTAADC elections. Most important of all is to see that all regional parties come under a single platform for the demand of Greater Tipraland. For us, personal posts and positions are not as important as our ideology. Today we are divided because of our own narrow interest and for 70 years we have been exploited because of our lack of unity,” Pradyot said.

He feels that fighting under different banners with the same planks would not benefit anyone.

“The TIPRA has discussed its proposal with Indigenous People’s Front of Tripura (IPFT), IPFT-Tipraha, Indigenous Nationalist Party of Twipra (INPT), Tipraland State Party (TSP), Tripura People’s Front (TPF) etc. We shall wait one week for their response. If the response is good, it is well and fine, otherwise we will take our own party.”

“Just for the development of the indigenous or Tripuri people of the state we are demanding Greater Tipraland. We are not against any community and not targeting them.  We want to come up with a solution for Tripuris. If all indigenous leaders of the state including myself are invited by the central government for a dialogue on the issue, we can put forth our proposal,” the royal scion told reporters.

However, he does not see any direct challengers in the upcoming polls.

“I am not fighting against anyone. If the national party is ready to fulfil my demand, tell them to write it in black and white. I am not running for personal posts. I need unity. Since the last 72 years, the voice of indigenous people has not reached Delhi. After the formation of the district council, not a single developmental work has been carried out. And for this we don’t want ADC, we want Greater Tipraland, as ADC itself is irrelevant. Why I am raising this demand is only for the CAA and non-implementation of NRC. I am not against any community. If I speak for one, doesn’t mean I am against others”, Pradyot said.