Though the BJP came to power in the state with the promise of transparency, it transferred Pradeep Kasni to a defunct department for his last posting and did not pay him a salary for six months. 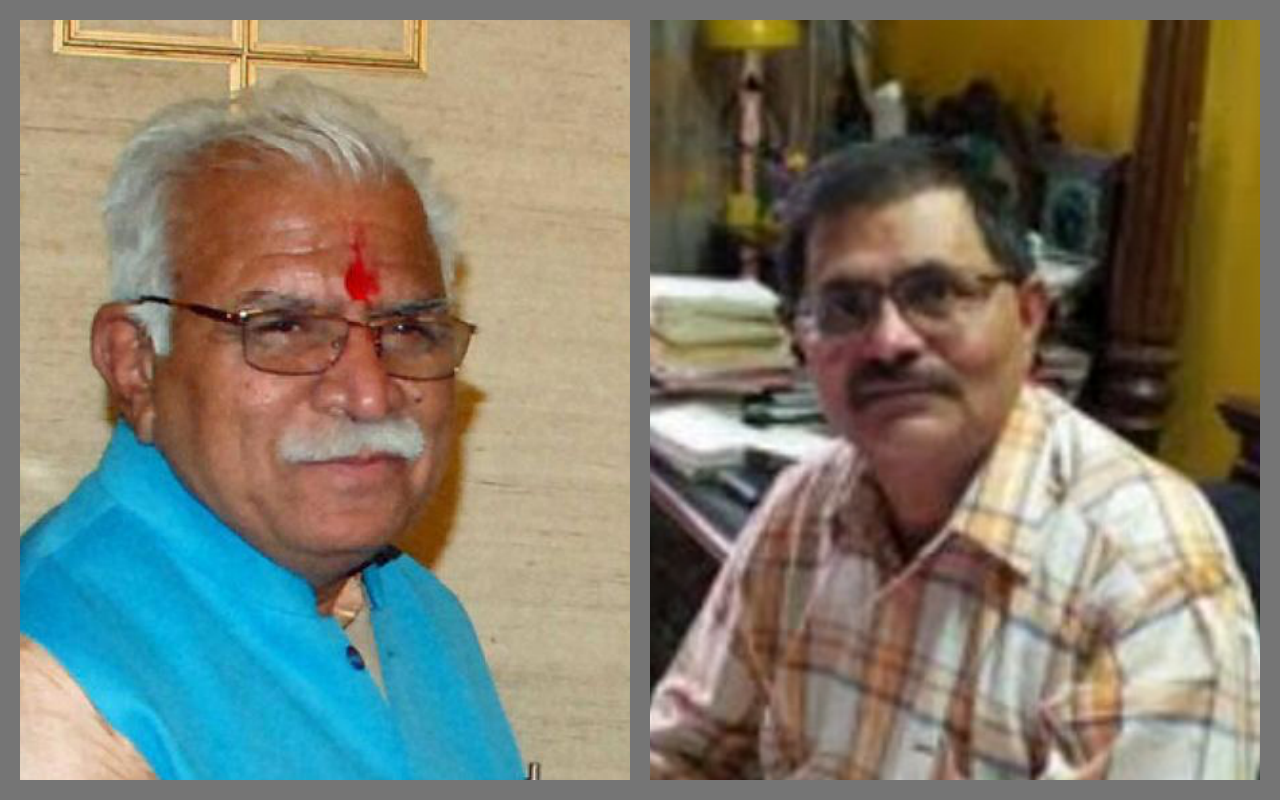 New Delhi: Another senior public servant in Haryana has now accused the Manohar Lal Khattar government of succumbing before the same vested interests which were targeted by the BJP ahead of the last assembly elections. The accusations of not doing enough to promote transparency and fight corruption have this time come from Indian Administrative Service officer Pradeep Kasni, who retired today after serving in the state for 34 years during which he was transferred a record 71 times. Of these transfers, over a dozen took place in Khattar’s rule, including three in the month of September 2016 alone.

Prior to Kasni, whistleblower IAS officer Ashok Khemka had also accused the BJP government in the state of not acting on its promises of fighting graft. He had also written a letter in which he had cast doubts on whether there was a quid pro quo in Vadra land deal probe for DLF in return for its deal with the then Congress president’s son-in-law? The Khattar government had maintained silence on the issue just as it had on Khemka’s earlier suggestion that all material facts regarding this deal uncovered by him be placed before the Supreme Court.

Another whistleblower Haryana cadre officer, Sanjiv Chaturvedi, who had unravelled the Haryana forestry scam during the Bhupinder Singh Hooda government had also submitted before Central Administrative Tribunal and in court proceedings that the Haryana government had not played its part in proceeding with the scam probe. Queries filed under the Right to Information Act by him had also revealed that the Narendra Modi government at the Centre had chosen to adopt the same stance taken by Manmohan Singh’s government in denying a probe by the Central Bureau of Investigation (CBI) into the Haryana forestry scam.

Following the damning and damaging accusations of these two officers, now Kasni’s charges are bound to cause some unease to the Khattar regime, particularly so because it has sought to carefully nurture the image of a clean government thus far.

Posted to defunct department, not paid a salary for six months

Questions have already been asked about why six months ago Kasni was posted to a defunct department for which no budget had been earmarked. As a consequence, he has also not been paid his salary for the last six months. In fact, already many have asked why Kasni has been transferred over a dozen times in the three year rule of Khattar.

In his last posting, Kasni was posted as officer on special duty (OSD) in the Haryana Land Use Board which had been disbanded a few years ago. It was an RTI application filed by him which revealed how he had been punished with this posting. The Haryana government admitted that the Board had been disbanded in 2008. Kasni has since complained to the Central Administrative Tribunal and it would hear the matter on March 8.

A 1984-batch Haryana Civil Services officer who was later promoted to IAS, Kasni had told the media following his retirement that the Khattar government had assured that officers will not be transferred before two years. “The officers are responsible for their work and if there is any dereliction then disciplinary action can be taken against them. Still if there was a need to transfer officers before two years, then civil services board were to be constituted and only on their recommendation were such transfers to take place. These boards were also supposed to tell whey the transfers were necessary.”

But, having been transferred umpteen number of times, he said “the government never told him why he was being transferred”. “In the Hooda government they wanted to make some appointments related to my department. I said if the Governor is the appointing authority and he has not issued some instructions then I cannot assume it to be there. But the governments do not believe in truth but power and it was seen as an affront,” he said.

Though the Khattar government swore by transparency and being averse to corruption, Kasni said it also ended up working on the same model. “In some matters all the governments are the same,” he chuckled.

Stating that “sometimes you know how a government or a minister would want a file to be treated. And when people like me act differently, the result is a transfer order in the evening,” Kasni said.

‘Vested interests took over in Khattar regime as well’

On the issue of transparency and corruption, he said “it had been clearly spelt out by the Khattar government that there would be no favouritism. But soon vested interests took over and it soon became clear that they would not act against the corrupt.”

In the last assembly polls, the corruption in Hooda government was an issue and actions against Khemka and Kasni were raised by the BJP to build an atmosphere against the Congress. But following Kasni’s disclosures the party could have some explaining to do in the next assembly elections as people would judge the performance of the present government on how it acted on its promises.

Kasni said though he has been offered a compliment by state cabinet minister Anil Vij, under whom he has served as Director General of Archives and also Education, he said he had not intention of joining any political party. “All I want is that the system should be more responsive towards the needs of the people.”