A look at the important milestones in the Iron Lady’s journey. 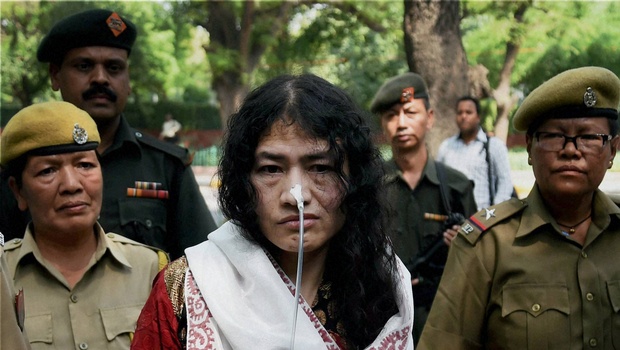 Manipur: A civil rights activist and a poet from Manipur, Irom Chanu Sharmila caught the attention of the world for her unusual hunger strike against the alleged human rights violations committed by security forces under the garb of the Armed Forces (Special Powers) Act or AFSPA.

Her hunger strike lasted nearly 16 years, considered the longest in the world. In August 2016, she broke her fast to embark on another journey – that of a political activist. She declared her decision to contest the impending assembly elections to create a political will to lift AFSPA from her state.

In the run-up to the March 4 and March 8 assembly elections in the state, where she is taking on the three-time chief minister Okram Ibobi Singh in his home constituency of Thoubal, The Wire takes a look at the important milestones of Sharmila’s journey, known to many as the ‘Iron Lady’ or ‘Mengoubi’ – the fair one.