An Open Letter to Shashi Tharoor—Whose Decision to Run for Congress President Could Help the Party, and the Gandhis

No Congress leader dare acknowledge publicly that the Gandhis and Congress are in a relationship of cheerful, mutual hostage to each other. This dependency is no longer productive. 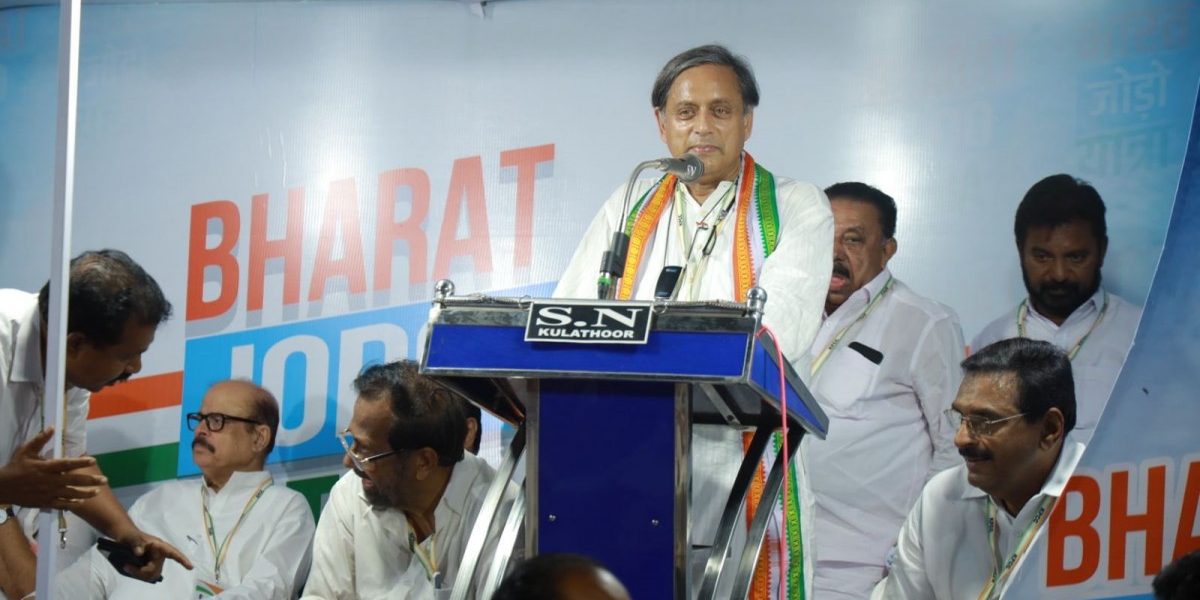 News reports suggest that you are seriously considering a run for the office of the president of the Indian National Congress. All serious students of Indian politics would want to urge you to bite the bullet. You shall be doing the Congress party and the Gandhi Family quite a favour by staying put in the fray.

News reports also indicate that should you decide to contest, then Ashok Gehlot, the senior most chief minister, may feel constrained to enter the contest, perhaps as an officially blessed candidate – even though you have been assured by Sonia Gandhi of the Gandhi Family’s ‘neutrality.’

The more the merrier.

Your reported decision is all the more consequential because there is a widespread belief that the “Bharat Jodo Yatra” is a ploy to ensure and entice a reluctant Rahul Gandhi to take up the office of Congress president. This belief is not misplaced because the familiar protocol of control and command has already kicked in – many Pradesh Congress Committees have felt inspired enough to pass resolutions, urging Rahul Gandhi to take up the job.

If you can become a catalyst for a genuine contest – win or lose – then it is possible to hope that the Congress may just be able to take up the much-delayed and much-needed task of deciding what to do with the Gandhis, especially with Rahul Gandhi. To say nothing about its wider challenges. The Congress needs disruption and it needs to be jolted out of its sated dependency on the Gandhi Family’s inadequacies and aberrations.

If you stay put in the fray, the Gandhi Family’s bluff would stand called. For too long, Rahul Gandhi has been protesting and pretending that no Gandhi wanted to head the organisation but that the problem was no one else was willing either.

Of course, the assumption here is that your keenness to enter the fray is predicated less on the factional calculus of the over-factionalised Kerala Congress and more out of a liberal value system.

No Congress leader or activist dare acknowledge publicly the Gandhis and the Congress are in a relationship of cheerful, mutual hostage to each other. Your senior colleague, A.K. Anthony represents a significant view that it is impossible to imagine a non-Gandhi heading the Congress, internal democracy be damned.

This festering malady needs to be ministered.

Rahul Gandhi needs to relieved of his overwhelming burden of responsibility for producing an electoral victory for the Congress party; the Congress’s members need to start the process of curing the seemingly incurable curse of dependency. Rahul Gandhi is resentful of the expectations the Congress operatives and ‘cadres’ have of him; the Congress’s members are deeply resentful that Gandhi does not put in the requisite number of hours, the quality of seriousness, and the conventional congeniality of a politico. This dependency is no longer productive; rather, it has gone rancid.

Should the coterie that now controls the Congress organisation allow a contest to take place, this would induce the Congress delegates – however bogusly selected – to cultivate a sense of self-importance as a voter, as having a voice in rearranging the leadership furniture at the AICC. And that, at the very least, will not be a bad outcome.