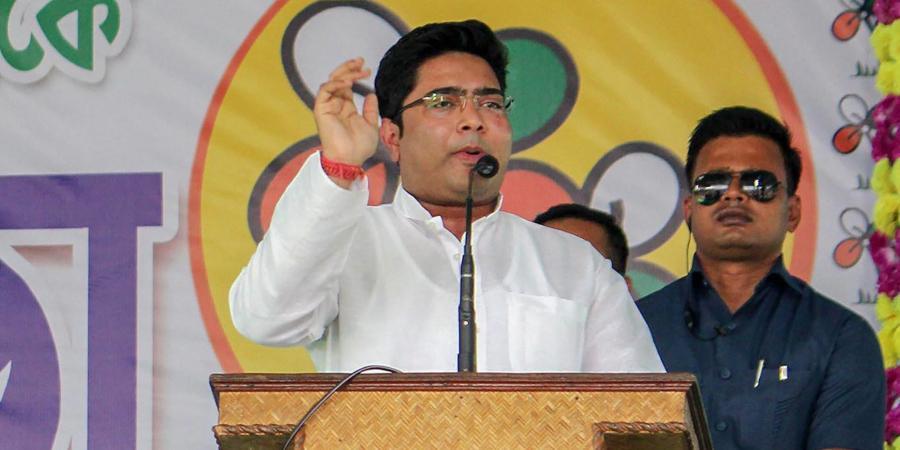 Kolkata: Newly appointed Trinamool Congress (TMC) national general secretary Abhishek Banerjee on Monday said his party aims to spread its footprint in every corner of the country and a plan to this effect will be ready in a month’s time.

Addressing a press meet, Banerjee, nephew of TMC supremo Mamata Banerjee, also slammed the BJP over its “nepotism” jibe, and said he would resign from the party if a Bill is passed in parliament allowing just one person from every family to join politics.

“Sometimes dynasty is better than nasty,” he said.

The TMC MP contended that his party will take the BJP head-on in every state where it gets to gain a foothold.

“We have received around one lakh emails from people across India thanking the TMC for defeating the BJP in assembly polls. We will take the BJP head-on in every state where the TMC builds its foundation,” the MP asserted.

He clarified that he had no intention to hold any public office or ministerial post for the next 20 years, and would only want to work for his party’s development.

“I fail to understand this… On one hand, the BJP is saying that the TMC is a party which has no existence outside Bengal, and on the other, they are rattled by my appointment (as TMC national general secretary). What does that mean?” he told reporters.

Hitting out at BJP leader Amit Malviya, a vocal critic of the TMC dispensation, he urged him to get a Bill passed by his “party bosses” in Parliament that would debar more than one person in a family to join politics.

“I will request Mr Amit Malviya to take a cab and visit his bosses in Lutyens and make a Bill that would ensure every family gets to have one representative in politics. Why don’t they do it? They have the majority… If you can pass a Bill in Parliament, I will be the first person to resign.”

“First, you remove those who have their sons holding public offices. You are exposing your own hypocrisy. You are having turncoats, who are part of dynasty politics, as your party leaders. You also have the home minister and the BCCI secretary from the same family,” he pointed out.

The MP further said the TMC is the only party which is trying to implement the ‘one person, one post’ policy.

Asked if he is the “second man” in the TMC after party supremo and his aunt Mamata Banerjee, the young parliamentarian said, “There is no such thing. Our chief Mamata Banerjee is at number one, and if there is a second man’s post, that belongs to all party workers.”

He claimed that several BJP MLAs have shown willingness to join the Mamata Banerjee camp.

“I have just one request for the leader of opposition (BJPs Suvendu Adhikari) – please engage in constructive discussion and restrain from spreading canards against the TMC,” he said.

Talking more about his party’s plans to go national, junior Banerjee said a concrete programme, “one different from those made earlier”, was in the offing.

“This attempt to make TMC a national party will be very different from our previous endeavours. We will not be visiting any state to have only just one or two MLAs or increase our vote share. We will take on the BJP and win elections,” he said.

On whether the TMC supremo could lead the opposition in 2024 Lok Sabha election, Banerjee said praises have poured in after the results of recently held assembly polls were announced, and “people seem to be looking up to Mamata Banerjee to save the country and the Constitution”.

The TMC has given a “ray of hope” to the people of the country, he asserted

“People did not like the way money and muscle powers were used, and institutions were politicised by the Centre, including the CBI, ED and the Election Commission. Polls in the state were held in eight phases even as the COVID-19 pandemic raged on,” he added.

Meanwhile, political analyst Biswajit Chakraborty said making a mark in other states won’t be a cakewalk for the Mamata Banerjee-led party.

The TMC boss, however, enjoys popularity among minority communities, and may do well in pockets dominated by them, Chakraborty told PTI.

“Every state has a political character of its own, so it won’t be that easy for the TMC… Just as the BJP faced difficulty in finding its place in the sun in Bengal, the TMC, too, would encounter difficulties,” he signed off.