Despite the TMC’s refusal to stand by Moitra, many TMC supporters expressed their support for the MP on social media, saying she had said nothing but the facts. 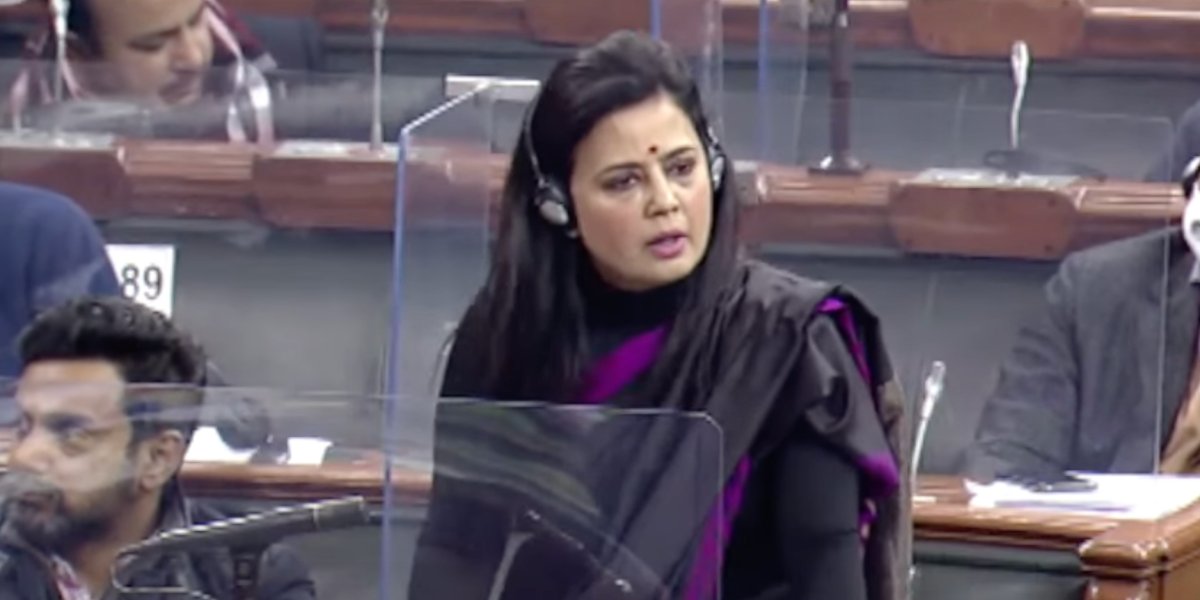 Kolkata: On Wednesday, June 6, Parimal Ray, a resident of Khatra in the Bankura district of West Bengal who describes himself as “a devoted activist and supporter of the Trinamool Congress (TMC)” on Facebook, appeared disturbed that TMC Lok Sabha MP Mahua Moitra was being criticised for remarks on Hindu deity Kali.

A day prior, Moitra had said she has every right as an individual to imagine Kali as a meat-eating and alcohol-accepting goddess, as every person has the right to worship gods and goddesses in his or her own way.

In a post on Facebook, Ray said that at the Kali puja that takes place next to his home, 40-45 goats are sacrificed every year on the night of the puja and that he has heard that the puja of Tarapith is incomplete without alcohol.

“People go there from distant places and, of course, they all carry alcohol. This is a fact which everybody knows and we believe. But when Mahua Moitra has presented a picture of the reality, then we are pretending to be pious and making protests. Brothers, first go and stop goat sacrifices at Kali pujas and stop the puja with alcohol at Tarapith and then only lodge your protest,” Ray wrote in his post.

The post was shared 34 times, mostly by TMC supporters.

Also read: Mahua Moitra Says People Can Imagine Gods as They Like, Rattled TMC Distances Itself

It was a strange moment, indeed. The TMC had condemned its own MP’s comments but a Rajya Sabha MP of its arch-rival, the CPI(M), Bikas Ranjan Bhattacharya, defended her.

“Mahua Moitra said nothing that is unhistoric or factually wrong. We all know of the use of karonbari (alcohol) in the worship of the shakta tradition. In Bengal, veg-non-veg is a non-issue when it comes to religious practices,” the Left MP said.

“Kali, to me, is a meat-eating, alcohol-accepting goddess,” Moitra had said, and the remarks went viral.

“If you go to Bhutan, or go to Sikkim, for example, when they do the puja in the morning, they give whiskey to the god. Now, if in some place in Uttar Pradesh if you go there and tell them that you are giving whiskey as prasad, they will say, ‘My god! This is blasphemous!’ That’s one version of Kali. Kali, to me, is a meat eating, alcohol accepting goddess. To me, that is the version of Kali,” the TMC MP had said.

As TMC distanced itself, party supporters stood by Moitra

The Bharatiya Janata Party (BJP) created a controversy around Moitra’s remarks and her own party, the TMC, was quick to distance itself from what she said.

In a tweet, the party said that Moitra’s remarks had been made in a personal capacity and that they were not endorsed by the party.

The comments made by @MahuaMoitra at the #IndiaTodayConclaveEast2022 and her views expressed on Goddess Kali have been made in her personal capacity and are NOT ENDORSED BY THE PARTY in ANY MANNER OR FORM.

“All India Trinamool Congress strongly condemns such comments,” it said in the tweet.

Despite the party’s strong statement, many TMC supporters found it difficult not to defend Moitra in the face of the BJP’s campaign against her.

Nilanjan Das, social media coordinator of Trinamool Congress Chhatra Parishad for its Hooghly district unit and founder of the website indiawantsmamatadi.com, asked in a Facebook post, “What exactly is condemnable? Which part of the statement hurts sentiments? Of whom? Why?”

Later, Das shared a poster showing Moitra with Kali in the background, along with the line: “Jara Lukiye Thake, ninda tarai kore, tomar moto lorte gele shirdanra chai ghare” (those who hide, condemn; it takes a spine to fight like you).

A Facebook page named ‘Hridoy Jure Trinamool’, with 74,000 followers, wrote, “We stand by you, Didi (referring to Moitra). Nothing is wrong with your statement. The problem is with the present time when the country is witnessing unnecessary hype over religion.”

Suraj Poddar, who describes himself on Facebook as a booth-level worker of the TMC in the Rajarhat area on the eastern outskirts of Kolkata, wrote in a Facebook post, “I stand by Mahua didi. You have said the right thing. The head of shol fish and rohu are used in the bhog offered to Maa in Tarapith. Alcohol is used everywhere in Kali puja. That is called amrita sudha. They do not know Bengali rituals, politicising (it) unnecessarily.”

Another TMC supporter, Agantuk Gupta, who describes himself as being ‘devoted to Mamata Banerjee’, wrote, “In the Kali puja at my maternal uncles’ place, both alcohol and meat are offered as bhog and prasad.”

Similarly, Satakratu Chakraborty from Sodepur in the North 24-Parganas district, who describes himself on Facebook as “Founder & Admin at All India Trinamool Congress Social Media Activists,” wrote, “I cannot find any mistake in her statement. I support her fully.”

Yet, despite this outpouring of support for Moitra, the TMC would in no way defend her. When asked what was wrong with Moitra’s remarks, TMC national spokesperson Sukhendu Sekhar Roy told The Wire, “The party has officially issued a statement and I stand by the party’s statement.”

Among other party spokespersons, minister Shashi Panja and former Rajya Sabha MP Kunal Ghosh said the party had made its stand clear; that Moitra’s statements were made in her personal capacity.

Later, the party shared a statement of senior Lok Sabha MP Sougata Roy, which said, “As far as the TMC is concerned, the party does not approve the poster of the film Kali, it’s unacceptable to us. We also don’t approve of Mahua Moitra’s statements on the matter. It’s our party’s official position. Our party is secular, it respects all religions.”

Responding to the issue of FIRs against Moitra lodged at different police stations in different states, the statement said it was “on Moitra to take care of that”.

“Until BJP takes action on Nupur Sharma for her comments against (the) Prophet, they have no right to speak (of) anything else,” read Roy’s statement.

Another senior TMC leader, who spoke to The Wire on the condition of anonymity, said that the party felt Moitra should not have responded to the question at all, as answering questions on religious issues leads to falling into the BJP’s trap. “The question was about cigarettes and Kali. She did not have to bring in the reference to meat and alcohol,” said the leader.

Moitra, nevertheless, was defiant. She defended her statement. First, she stopped following the party’s official Twitter handle – she now follows only chief minister Mamata Banerjee on Twitter – and then she made a series of tweets in her defence.

In one, she contended that she never backed any film or poster (referring to the poster for Leena Manimekalai’s documentary film Kaali, which triggered the row) and urged “sanghis” to to visit Kali in Tarapith to see for themselves what food and drink is offered to the deity there.

To all you sanghis- lying will NOT make you better hindus.
I NEVER backed any film or poster or mentioned the word smoking.

Suggest you visit my Maa Kali in Tarapith to see what food & drink is offered as bhog.
Joy Ma Tara

In another, she wrote, “Jai Ma Kali! The goddess Bengalis worship is fearless & non-appeasing.”

And in yet another, she issued an open challenge to the BJP, saying that she is “not afraid of anything” and that the “truth doesn’t need back-up forces”.

Bring it on BJP!

Am a Kali worshipper. I am not afraid of anything. Not your ignoramuses. Not your goons. Not your police. And most certainly not your trolls.

Truth doesn’t need back up forces.

Later, while sharing a clipping of her telephonic interview with a TV channel from her Facebook page, she wrote, “Bring on the FIRs. I will see the BJP in every court in the land.”

In the interview, Moitra challenged the BJP to prove she was wrong: “I challenge the BJP anywhere, in Bengal or anywhere in India, to prove me wrong; to prove that anything that I have said is wrong. In Bengal, within five kilometres of every police station in which they filed an FIR, there will be a Kali temple where the goddess is worshipped in the manner that I have said.”

She alleged that the BJP was trying to establish “the idea of a monolithic, patriarchal, North Indian, Brahminical religion” and that if they were not countered, “their ideas would prevail.” She will defend her comments till her death, she said.

How the party takes her defiance remains to be seen.