During a roadshow, the party's candidate from the Jadavpur Lok Sabha constituency appears hopeful about his prospects and is unconvinced about the star power of his competitors. 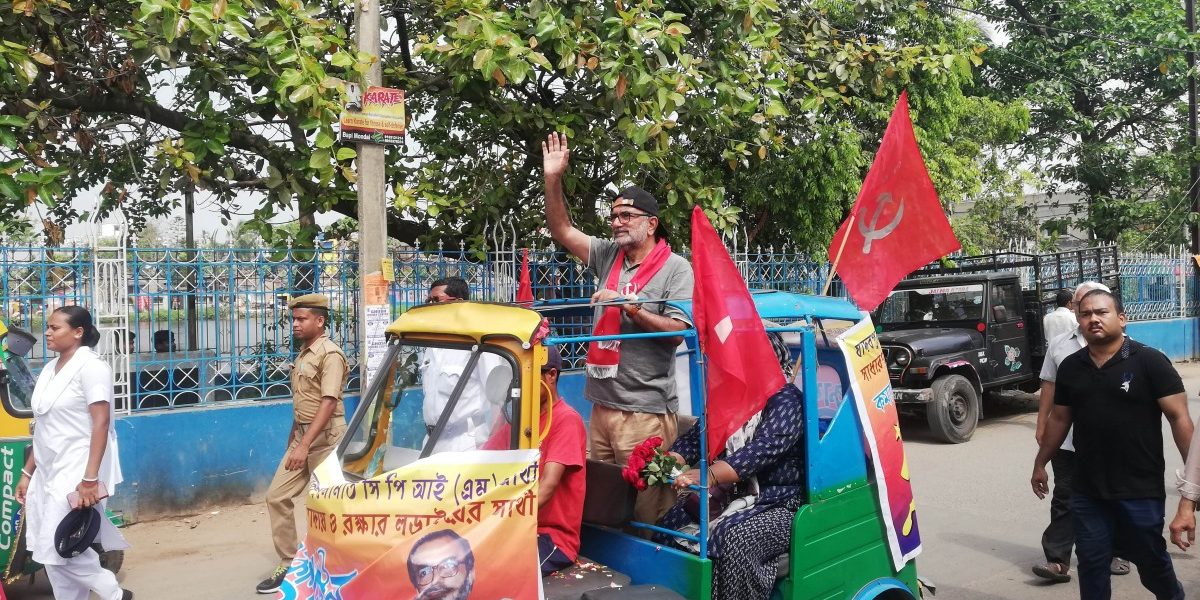 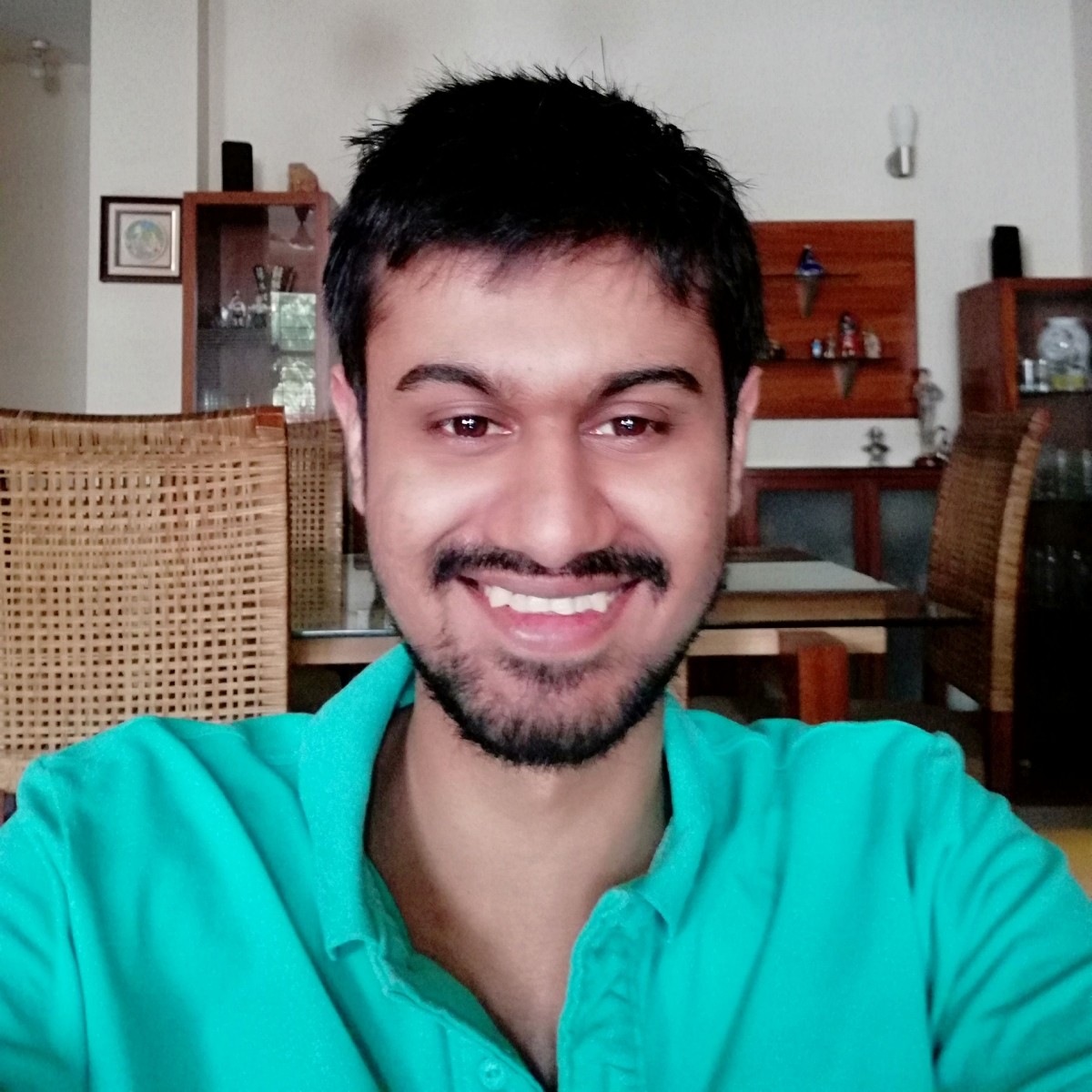 (Kolkata): It is the last day of March. Teenage boys have been up playing cricket since before 8 am at Chirantani Park, located in Bansdroni – a locality in the northern part of South 24 Parganas district. They don’t appear to be bothered by what’s going on the street located right next to the park.

Around 100 Communist Party of India (Marxist) workers and supporters, mostly old and middle-aged men and women, have gathered on the street. Wearing red caps, T-shirts, kurtas and salwar kameez, they are carrying red flags with a hammer and a sickle. On one side, the street is flanked by tens of Kolkata police personnel, dressed in white, yellow and plainclothes.

Bikash Bhattacharya, the Left Front candidate from the CPI(M) who will contest the Lok Sabha elections from the Jadavpur constituency in West Bengal, finally arrives at 8:50 am and heads straight to the one-room party office. The office walls are covered with photographs of CPI(M) veterans like Jyoti Basu, Buddhadeb Bhattacharjee, Harkishan Singh Surjeet, socialist freedom fighters like Subhash Chandra Bose and Bhagat Singh, the father of communism Karl Marx as well as communist dictators such as Mao Zedong and Joseph Stalin.

Seven assembly constituencies come under the Jadavpur parliamentary seat, which goes to vote on May 19 – the seventh and last phase of the elections in West Bengal.

Historically, Jadavpur has been a crucial Lok Sabha constituency. In 1984, Mamata Banerjee made her debut in the parliament by defeating veteran CPI(M) politician Somnath Chatterjee from this very constituency. 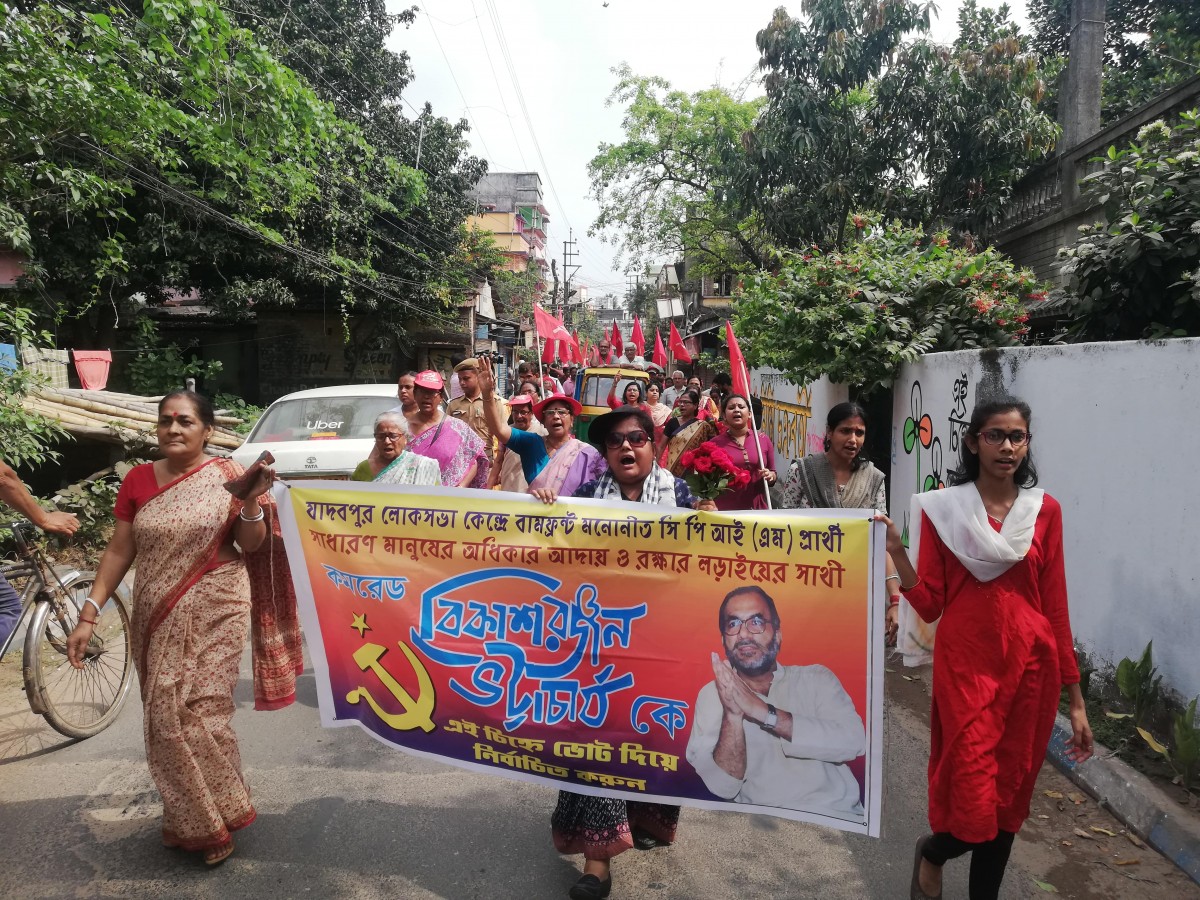 Supporters and cadre of the CPI(M) campaigning in Bansdroni for their candidate Bikash Bhattacharya for the Jadavpur Lok Sabha constituency. Credit: Sourodipto Sanyal

In both the 2009 and 2014 Lok Sabha elections, the seat was won by the Trinamool Congress. The current MP of the constituency is TMC’s Sugata Bose, a Harvard historian and the grand-nephew of Subhash Chandra Bose.

By 9 am, campaigning begins. Bhattacharya is given an open-air auto to stand and wave at the residents as the vehicle, along with CPI(M) cadres makes its way into the narrowest lanes of the locality.

Close associates of Bhattacharya shake hands with those around and tell everyone, “Bikash Bhattacharya doesn’t fight for votes, he fights for humans.” Many people – shopkeepers, rickshaw pullers, passengers in autos and people looking on from their balconies and main gates respond with a smile or wave their hands. But it is unclear whether this enthusiasm will translate into votes.

A teenager riding a bicycle who is observing the campaigning tells me, “Over here, in Ward No. 113 and 112, it is pretty much expected that the TMC will lead.” But not everyone agrees. One aged man says, “It is going to be a very close contest here.” 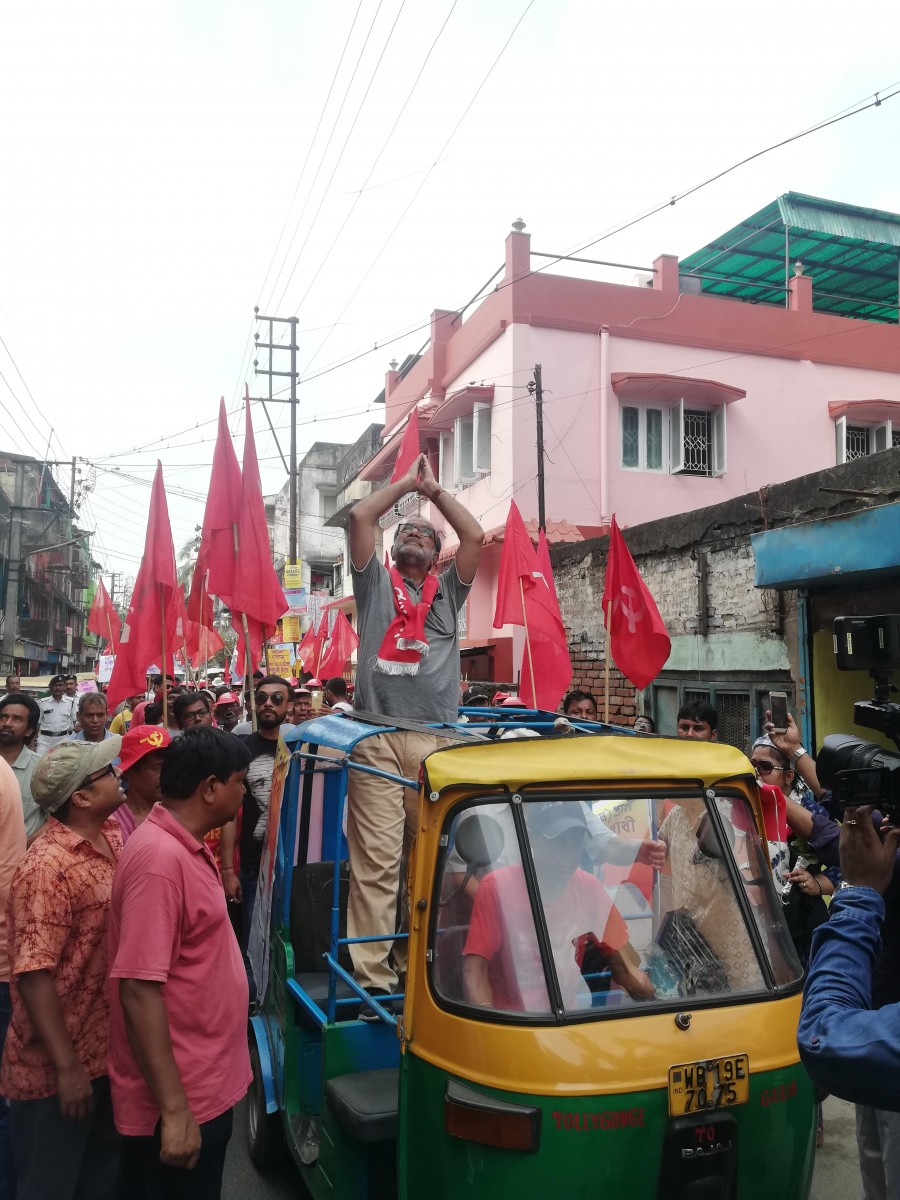 When I tell him that the Trinamool Congress has fielded a popular Bengali film actress, he says: “All of that doesn’t matter when people go to vote. It’s about the work people have done. It’s about the ones who have stood with the poor.”

He thinks the CPI(M) has a fighting chance here.

After two hours of non-stop campaigning on an unseasonably warm Sunday morning, the roadshow comes to an end at around 11 am.

‘No difference between the BJP and TMC’

This time, the contest promises to be fierce. Bhattacharya’s competitors are Mimi Chakraborty, a popular Bengali film and television actress, and Anupam Hazra, the MP from Bolpur who was expelled from the TMC in January. He joined the BJP in the second week of March and was declared their candidate from the Jadavpur constituency soon after.

Bhattacharya used the example of Hazra to explain why the CP(M) thinks the Trinamool Congress and the BJP are equally dangerous. He told The Wire, “What we believe is that there is no difference between the BJP and TMC. That’s why yesterday someone who was TMC’s nominee is today BJP’s nominee. If he becomes the TMC’s nominee again tomorrow, it won’t be a surprise.”

While it is true that important leaders from the Trinamool have joined the ranks of the BJP – the most prominent example being Mamata Banerjee’s close associate and former Rajya Sabha MP, Saradha chit-fund and Narada scam accused Mukul Roy – some influential CPI(M) leaders have also joined the party. Khagen Murmu, a former CPI(M) MLA, is a BJP candidate from the Malda North constituency.

However, Bhattacharya doesn’t seem particularly worried about Hazra. He adds, “The fight in Jadavpur is between the CPI(M) and TMC. BJP is not a contender at all.”

He also criticises the Trinamool Congress for fielding a Bengali actress without any political experience. He says, “Politics is a serious matter… they are trying to dilute it by filing various such candidates. This is their political wisdom.”

Trinamool Congress has also fielded Nusrat Jahan, another political novice but a popular actress in the Bengali film and television industry from the Basirhat constituency in West Bengal.

Also read: Mamata Banerjee Is Back in Her Street Fighter Role – and That Should Worry the BJP

While he is critical of Chakraborty’s candidacy, her presence on social media is huge. She has 1.5 million followers on Instagram, 683.2k followers on Twitter and 4.6 million on Facebook. Bhattacharya is of the opinion that voters will not be swayed by star power. “My estimation is that people will judge on its own merit. They will not be persuaded by external issues. They’ll be judging the merit of each candidate and vote. That is my feeling.”

While he’s certain that the star value of Chakraborty will not be a reason for people to vote for her, he is unsure if the elections will take place without any incidents of violence. This time around, 24 police observers and 47 general observers have been appointed for all the 42 Lok Sabha constituencies that go to vote in West Bengal.

However, he is not convinced that the elections will be free and fair. He says, “I am going to so many areas. People there are saying, ‘Will we be able to vote? If we are able to vote, you will win’.”

He believes that the Trinamool won the last two times from the constituency because of “terror” and that it “did not really reflect the will of the people”.

Seat sharing with the Indian National Congress did not eventually work out due to disagreements regarding certain seats and now both the Left Front and the Congress are contesting independently. Even though Bhattacharya believes that its impact will be ‘marginal’, it must be remembered that when they contested the 2016 assembly elections in an alliance with the Congress, the Left Front won only 32 seats, Congress won 44.

Bhattacharya appeared hopeful the entire time he waved and folded hands in front of the public as the roadshow progressed. Maybe an upset is on the cards in Jadavpur and unlike last time, the CPI(M) will send more than two MPs from West Bengal.

Sourodipto Sanyal is a freelance journalist currently based in Kolkata. He largely writes on Indian politics and cinema and tweets @sourodipto1.