T.M. Krishna and Arvind Kejriwal Team Up for a Soiree on the Art of Politics

T.M. Krishna, despite right wing bullying, will perform this evening in Delhi, signalling a good omen for the time being. 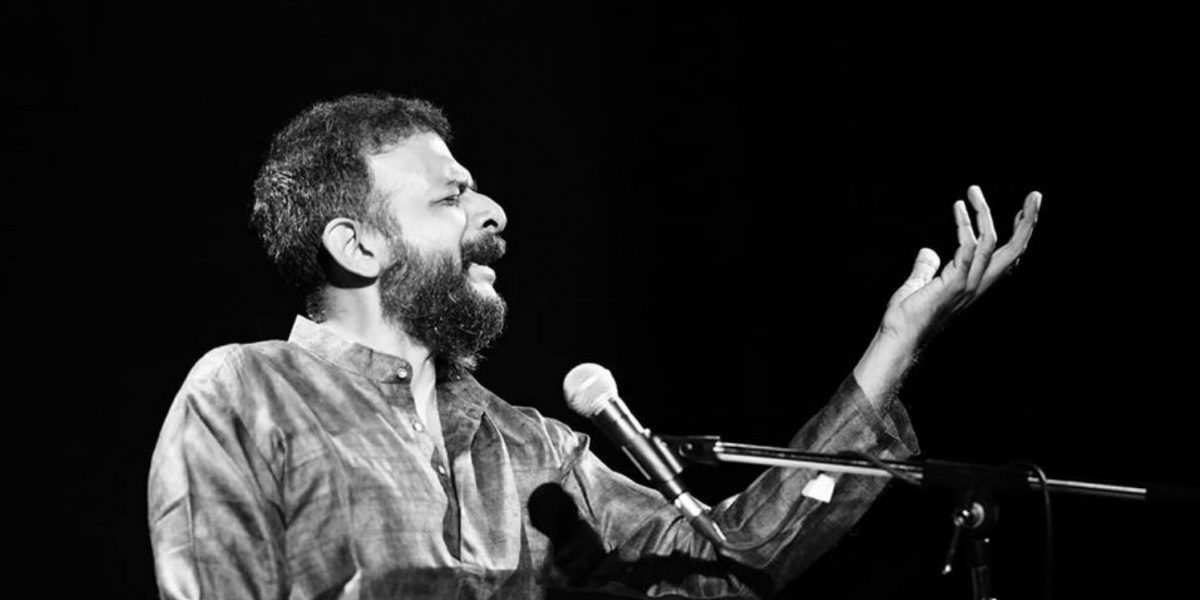 This evening Delhi will witness a rare twinning of politics with music. Particularly rare because at the heart of this evening’s concert is a coming together of two entities doggedly opposed to the Bharatiya Janata Party (BJP) and its politics: Carnatic singer T.M. Krishna and the Aam Aadmi Party’s (AAP) Arvind Kejriwal.

Their opposition to right wing politics is located on two different registers – the level of an individual as opposed to that of a political collective – that will coalesce in the form of the concert. When Krishna performs at Saket’s Garden of Five Senses later today, he will sing before a gathering of people bound together not just by their passion for music but also a shared belief in a particular kind of politics.

The political theatre of the event is difficult to ignore. Just as it was difficult to ignore the dramatic impact of when the West Bengal chief minister Mamata Banerjee invited Pakistan’s ghazal singer Ghulam Ali to Kolkata to perform. That was three years ago. Ghulam Ali faced threats from the Shiv Sena, with the party warning that it would not allow a Pakistani musician to perform in Mumbai. The concert had to be cancelled.

When Ali accepted the invitation to the city, Banerjee tweeted: “Music has no boundaries. Music is the rhythm of the heart. Ghulam Ali concert can be held in Kolkata.” AAP, too, had then extended an invitation to the musician, expressing its readiness to organise the event in Delhi. Eventually Ali sang at an event hosted in Kolkata, in the presence of the state’s chief minister.

Since 2015, such attacks on artistes have alarmingly shot up. Expressing dissenting opinion has come to mean cancellation of performances, if not vandalisation of the venues planning to host them. Social media trolls have become more and more empowered in ratcheting up a shrill hate campaign to ensure that the dissenters do not perform.

Three months ago, Krishna suddenly attracted the attention of right-wing groups when an audio clip, reportedly of his Carnatic songs on Allah and Jesus Christ, started to circulate on WhatsApp. Nagoor Hanifa’s “Allavai Naam Tozhudal,” a one-line prayer in Hebrew, and Perumal Murugan’s lines set to tune are some of his regular concert renditions.

Since then, the singer, also an advocate of secular and progressive values, has been in the right-wing’s direct line of fire. Both Krishna and the organisers of his shows have been at the receiving end of threats, nipping the concerts in the bud.

The latest in this series was the cancellation of a concert sponsored by the Airports Authority of India (AAI) and SPIC-MACAY, in which Krishna was to participate alongside other artistes like Sonal Mansingh and Shahid Parvez.

Faced with threats from right-wing trolls raging against Krishna’s participation, the organisers called off the concert. Not one to back down, the musician threw a gauntlet to anyone willing to take up the political and cultural challenge. “Give me a stage anywhere in Delhi on November 17, I will come and sing. We just can’t let ourselves be cowed down by these kind of threats,” said Krishna.

It may be only fitting in the political scheme of things that Delhi’s ruling Aam Aadmi Party (AAP) swiftly responded to his call. “No artist should ever be denied an opportunity to perform. I have invited T.M. Krishna to perform on November 17 for the people of Delhi. It’s important to maintain the dignity of the art and artists,” said Delhi’s Deputy Chief Minister Manish Sisodia.

The political overtones of this musical soiree are surely difficult to miss. Ranged on one side are dogged opponents of the values and politics Krishna and AAP stand for. This fusion of politics and music – Carnatic music and north Indian politics – sends out a signal of the political direction that could take place in the days and months ahead.

The timing of the concert’s cancellation and its hosting by a vocal opposition party like the AAP is significant. The 2019 Lok Sabha elections are just five months away. If the routine silence of the ruling BJP is a way of endorsing the intimidation and threats made by right-wing social media trolls, swift retaliatory tactics by its opponents are also a way of getting back at the party.

The musical intervention adds a different flavour to such political manoeuvring, raising the bar of interest among ordinary citizens. Many among Delhi’s citizens are watching aghast – the daily harassment of an elected state government at the hands of the ruling BJP at the Centre. To them, the Delhi chief minister’s decision to get back at his chief detractor by hosting the very concert BJP supporters got cancelled, would be an act of courage as well as defiance.

At a time when fear seems to dominate the political and cultural atmosphere, any push back breaks the stillness; it alerts status quoists to the possibilities latent in building solidarities across a range of people, rallying together to safeguard freedom of expression.

Soon after the Delhi concert’s cancellation, yet another host of Krishna’s performance in Mysuru Kuvempunagar area was challenged. The musician was scheduled to play and conduct a workshop titled ‘Rare Kritis of Sri Muthuswamy Dixitar’ on November 22 and 23 at Gana Bharathi. Since the news of the event got out, organisers have received threats warning that hosting Krishna would “denigrate Hindu dharma”.

The mundane questions thrown up by today’s concert in Delhi are: what difference will it make on the ground? Will it jolt the entrenched BJP establishment?

These are still early days to come up with definitive answers. But that Krishna, despite right-wing bullying, will perform this evening in the same city, is a good omen for the time being.