Party keeps caste equations in mind as it looks to replace Trivendra Rawat, who resigned on Tuesday. 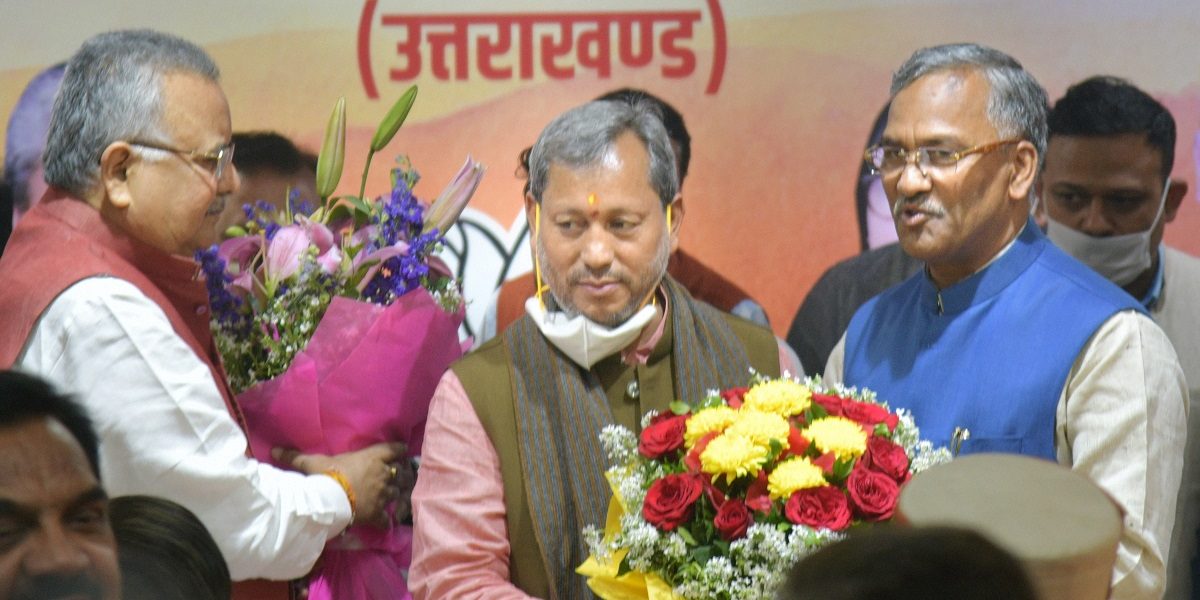 BJP leader Tirath Singh Rawat being greeted by outgoing CM Trivendra Singh Rawat after he was elected as the new chief minister of Uttarakhand, in Dehradun, March 10, 2021. Photo: PTI

New Delhi: In a surprise move, Garhwal MP Tirath Singh Rawat was on Wednesday chosen by the BJP state legislative party as its leader. He is now set to become the next chief minister of the state. Though Tirath’s name was not among those being discussed for the post, he emerged as the dark horse to replace Trivendra Singh Rawat, who resigned from the post on Tuesday, as the new CM. He is now scheduled to take oath at 4 pm on Wednesday

Tirath’s name was proposed in the meeting by the outgoing CM, Trivendra Singh Rawat, and was accepted through voice vote by all the BJP legislators and five MPs who were present in the meeting. His selection surprised many despite the fact that the decision was already taken by the party’s central leadership in Delhi.

However, Tirath Singh Rawat stole the show and emerged as a surprise contender. A former pracharak of the Rashtriya Swayamsewak Sangh, he had also served as the BJP’s state unit president and as its national secretary. In this manner, he was almost a like-for-like replacement for Trivendra Singh Rawat, who also had an RSS background and served in various posts in the BJP.

Following his selection as the legislative party leader, Tirath Singh Rawat said he never imagined he would rise to this post. “I will try to fulfil the aspirations of the people and complete the works undertaken by our former chief minister,” he said. BJP leader Tirath Singh Rawat greets his supporters after he was elected as the new chief minister of Uttarakhand, in Dehradun, March 10, 2021. Photo: PTI

Unhappy MLAs had threatened to resign

Tirath’s selection as the party leader to head the BJP government in the state marked the culmination of large scale protests by several legislators and MPs against the former incumbent, Trivendra Singh Rawat.

Trivendra Singh had to ultimately resign from the post on Tuesday. While doing so, he had declared that the reasons for his resignation are known to leaders in Delhi alone.

However, it was a known fact that there was a lot of resentment against his “style of functioning”. Many legislators and MPs felt he was not listening to them or even meeting them and was working through a clutch of legislators and officers. While several legislators had complained against him last year too, and at one point it appeared, he might have to go, that did not happen.

But when the party leadership learnt that several legislators were preparing to resign from the party or move to either the Congress or the Aam Aadmi Party, which has also announced its intention to contest the next assembly elections in 2022, it moved quickly to remove Trivendra Rawat. 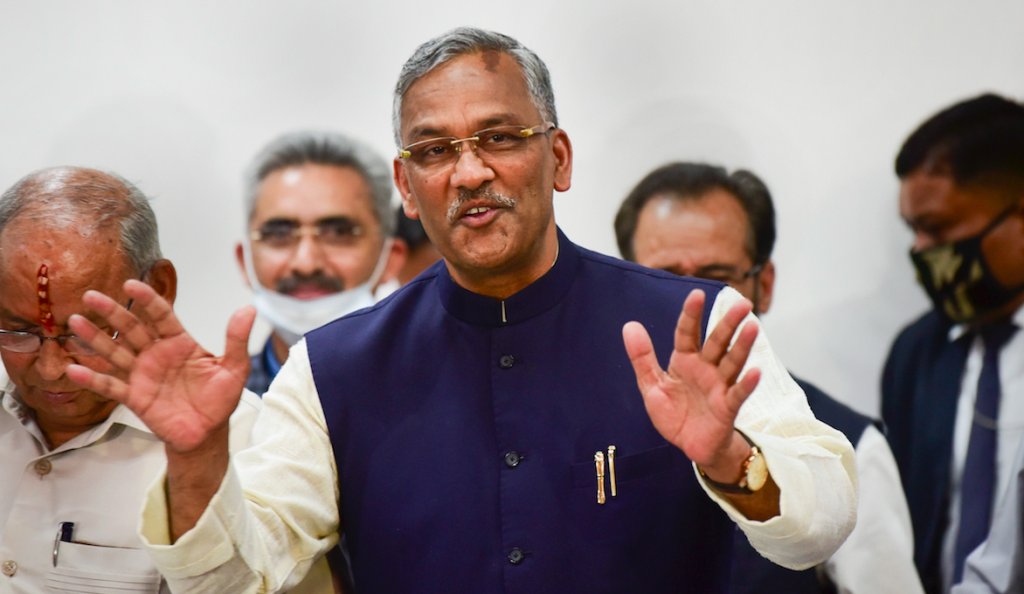 First, former Chhattisgarh CM and senior party leader Raman Singh was sent along with general secretary in-charge of Uttarakhand Dushyant Kumar Gautam on Saturday to hold consultations with the disgruntled legislators, MPs and other party leaders. The two also met Trivendra Rawat, who was in Gairsain for the assembly session that day and was asked to fly to Dehradun.

Thereafter, they submitted their report to the central leadership on Monday. The same day, Trivendra Singh was also summoned to Delhi for a meeting with senior party leaders. It appears that his fate had been sealed by then, as, on his return to Dehradun on Tuesday, he met the governor and submitted his resignation.

While Trivendra’s ouster may be seen as a victory by some BJP leaders, it remains to be seen if the move will cast a long shadow on the party’s prospects in the state. Some believe that the recent developments are an indicator of the start or acceleration of the decline in the BJP’s fortunes in Uttarakhand.

In the state, every time the BJP has changed its leaders midway, it has not been able to return to power in the next elections.

When the first interim assembly was constituted in 2000, the BJP had started with Nityanand Swami as the chief minister, but he was replaced by Bhagat Singh Koshyari just a few months into the tenure.

In the next assembly election in 2002, the Congress got a majority in the state and Narayan Dutt Tiwari became the chief minister.

Though the BJP returned to power after the 2007 assembly polls, it again did not allow its CM to complete the full term. First, Bhuwan Chandra Khanduri was made the CM, but just two years into the term, he was replaced by Ramesh Pokhriyal. However, Pokhriyal had proved to be hugely unpopular and after two years, the party was compelled to bring back Khanduri.

But, it had damaged itself enough by then. In the 2012 elections, the Congress again defeated the BJP and formed its government in the state.