The governor's communique explaining the decision to dissolve the Jammu and Kashmir assembly raises many questions. 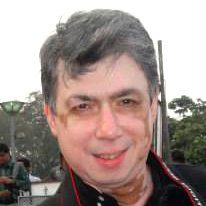 The communique from the Jammu and Kashmir Raj Bhawan, explaining the governor’s decision to dissolve the state assembly, raises many questions.

It cites the “impossibility of forming a stable government by the coming together of political parties with opposing political ideologies.” What common grounds did the BJP have with Mufti Mohd Sayeed’s People’s Democratic Party (PDP) when the two came together in 2015? The former prided itself on a Hindutva brand of nationalism, while the latter has never shied from using a soft separatist narrative to mobilise the anti-India sentiments in the Valley.

The governor also states that any coalition of regional parties cannot come together unless the ruling party at the centre has a role to play. How else would one define a ‘stable government’? But it is only wishful thinking that democracy means stability – democracy has never begged such a privilege for itself.

The governor invokes a ‘fragile security scenario’ where a certain “stable and supportive environment for security forces” needs to be in place for anti-militancy operations. If the security scenario can be overcome by the BJP and PDP coming together – can it not be set right by a combination of three willing partners, two with long histories of administration in the state, through times of strife and peak terrorism coming from across the border?

Also read: The Imposition of President’s Rule in J&K is Arbitrary and Unconstitutional

The governor’s logic was given a sinister twist by the BJP, which later said the parties in the new coalition – PDP, National Conference and Congress – were ‘terror-friendly’ parties. This leaves little room for doubt that the BJP has tagged the entire opposition as anti-national. This is a lofty perch for BJP to take, given statistics that show more terrorism-related deaths in the first three years of Modi rule than in the last three years of UPA, as per the data compiled by South Asian Terrorism Portal (SATP).

Labelling opposition parties, even those that were recently coalition partners, also betrays an extraordinary sense of anxiety within the BJP, fuelled by the mistrust of rival parties which are equal stakeholders in our democracy.

The governor expressed doubts over the “longevity of arrangement where there are competing claims of majority.” How does a governor confronted with a fractured mandate ensure longevity of a House? He just has to refer to the rules laid down by the Supreme Court in the S.R. Bommai case – a simple floor test. For that, the governor first has to invite the stakeholders to be sworn in and prove their majority in the house.

The odds of the BJP-PDP alliance working for even twenty-four hours would have run into decimals of zero. Yet the former alliance government lasted 39 months in two tranches, with Mehbooba stepping into her father’s shoes after his death following a period of mourning.

How would the governor have addressed the longevity question if BJP had backed another candidate from outside the party to form the government. Mehbooba’s timing must have caught BJP off-guard. The party was working overtime to project J&K People’s Conference leader Sajjad Lone as the chief ministerial face, after it broke ties with PDP and the assembly was put in suspended animation in June. A puppet chief minister in the state would have been welcome for the BJP after the cold shoulder from the Muftis.

The number still would have eluded the combination. A split in the PDP was the only solution and the BJP was game for it. “The Centre has stolen our mandate. They tried to buy off the loyalty of our party MLAs,” Mehbooba alleged after the Governor dissolved the House.

The PDP’s old war horse, former deputy chief minister and Lok Sabha MP Muzaffar Hussain Baig’s sudden change of heart set the PDP house aflutter. Baig not only threatened to quit the party but said he was willing to join a ‘third front’ led by Sajjad Lone. The scent of a rebellion was in the air.

But while the undercurrents of all these political shenanigans rippled across the Dal lake, the governor seemed oblivious.

In a swift development, Sajjad Lone WhatsApped the governor’s PA, staking a claim to form the government, just minutes before Mehbooba tweeted at the governor (after the fax machine at the Governor house apparently failed).

If Sajjad Lone’s growing closeness to the BJP triggered a crisis and threatened to vertically split the PDP, the denouement must have come as a relief for Mufti. Her flock has stuck together – and she doesn’t have to fake friendship with her sworn rival.

As regional parties gear themselves up for the next round of battle, they must be feeling victorious about clipping Lone’s wings and boxing BJP into a corner. This will be a good starting point for a fresh turf war in Jammu and Kashmir.

Prabhat Shunglu is a journalist and author of Newsroom Live