Fresh off the remarkable turnout in his anti-CAA rally, the Viduthalai Chiruthaigal Katchi founder speaks on the politics that he is keen to oppose.

Thol Thirumavalavan’s is one of the less polarising voices in the Tamil political milieu.

A leader of strong ideological standing, Thirumavalavan did his PhD last year on the mass religious conversions of Meenakshipuram near Tiruneveli – an event that led to huge controversy in 1981.

A vehement critic of Hindutva politics, Thirumavalavan has left no stone unturned in opposing the CAA, NPR and NRC. Early this year, he joined the Kolam protest by drawing one, after a few activists were detained for putting anti-CAA kolams. In a culture that sees kolam as ‘feminine’, Thirumavalavan’s act of drawing one was not only seen as a protest against CAA but an attempt to break the stereotype. 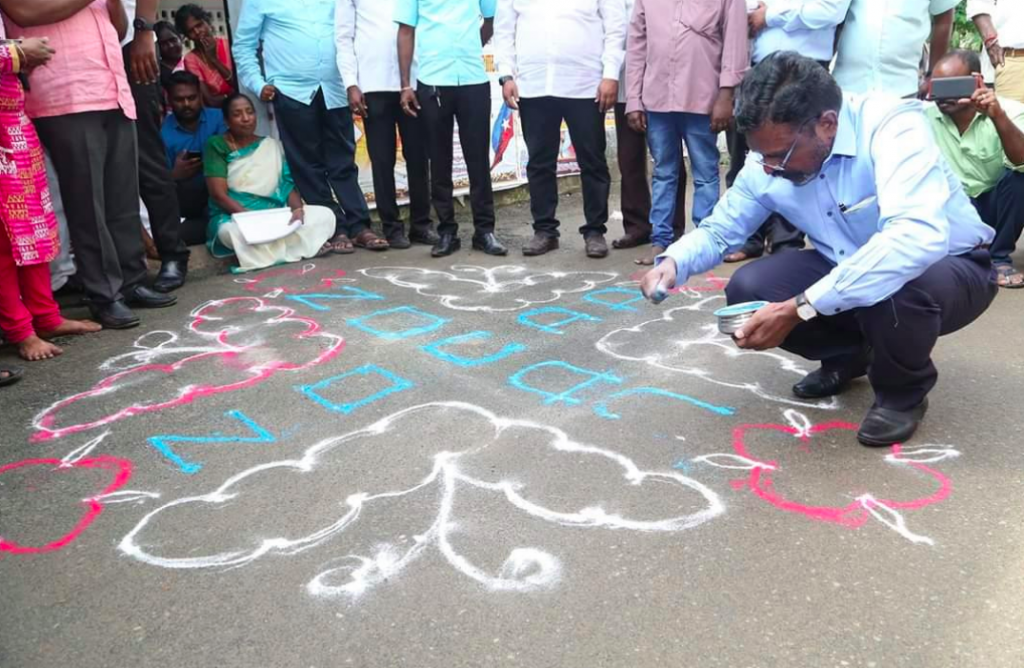 His Viduthalai Chiruthaigal Katchi (VCK) – an Ambedkarite party in Tamil Nadu – had held a massive rally at Tiruchy on February 22. A week later, the party followed it up with a demonstration to protest against the Delhi riots.

As an Ambedkarite party, Thirumavalan says it is his and his party members’ responsibility to protest against the CAA in the strongest possible terms. Excerpts from an interview with The Wire reveal a politician keen to do away with divisions.

The turnout at the rally at Tiruchy was remarkably huge.

We really planned it big. I had toured across Tamil Nadu for over ten days to meet people and tell them why we are organising this rally. I told our cadres that this should not be seen as usual political activity.

We are living in dangerous times, and we need to register our protest as strongly as possible. We had regionwise executive committee meetings and strict action was taken against those who gave it a miss. I have never done this before, but had removed six district secretaries and two assembly secretaries from their posts for their absence.

This kind of made cadres realise the seriousness of the issue that we were talking about. I told them this was not the time to be lethargic. From then on, the region wise executive meetings saw full attendance and I spent two hours at every meeting, explaining to our cadres about why we should oppose this.

For every assembly constituency, the cadres were able to mobilise at least 150 vehicles. Almost all the participants in the rally wore t-shirts that carried ‘No CAA, No NPR, No NRC’ slogans. There was a huge turnout of women too.

To me, this is not geared for the elections [polls are due in Tamil Nadu next year], or meant to be a show of strength. This act is anti-constitutional and needs to go. It may appear that the act immediately targets Muslims and it is true. But its final target is the constitution. We all know it’s the BJP’s long-cherished dream.

But the BJP is in power now.

Yes, but it cannot be seen as yet another regular political party.

The BJP is the political wing of the RSS and to understand the BJP, we need to first understand the RSS. Their agendas are the same. They have scant regard for our tricolour and constitution. They find ideas like social justice and secularism unacceptable.

These are in place only because of the constitution drafted by Ambedkar.

We need to fiercely uphold the constitution to save this nation. As an Ambedkarite party, we have a moral responsibility to oppose the CAA, NPR and NRC. Once they understood that this act was not just anti-Muslim but anti-constitutional too, our cadres worked harder.

What kind of problems did you face in organising this rally?

Things were much easier after the cadres were convinced. Frankly, I did not expect so many people to attend. I had estimated a turnout of 2 lakh people but it was definitely larger.

There were many women, most of them young. And then there were families.

But organising it was indeed tough. After we had done all arrangements, the city commissioner said he was contemplating approaching the High Court to reject the permission because the city cannot handle such huge numbers. Throughout February 21, a day before the rally, we negotiated with him, moved the rally point to a distant place and complied with other conditions including starting the rally by 3.30 pm and ending it by 6.15 pm.

We still had cadres coming from all the four directions for the public meeting that happened later.

Does this response from your cadres signify something?

Probably yes. I was expecting our party cadres to come, but there were many families. To me this was a new experience. I realised the people understood the gravity of the issue and were convinced that they need to protest.

VCK has been most vocal on this issue.

We are a small party. We cannot claim to be a national level organisation though we have some presence in some states like Karnataka, Andhra Pradesh and Kerala, where we work on regional issues too. Our main focus is Tamil Nadu. But we have never compromised on fighting the anti-fascist forces in India.

I believe it is our mission. As I said, Ambedkarite parties have a moral responsibility of opposing the CAA, of opposing the fascist forces. Also, this is not the first time.

On January 23, 2019 before the Lok Sabha elections, VCK had held a ‘save nation’ conference in Tiruchy. Leaders from across political parties had taken part. We had DMK president M.K. Stalin, leaders from Congress, CPI(M)’s Sitaram Yechuri, CPI’s Sudhakar Reddy, and Pondicherry chief minister Narayanasamy, among others, as attendees.

VCK was the first party anywhere across India to appeal that we need more coordination among opposition to defeat the BJP. While such coordination stopped the BJP in its tracks in Tamil Nadu, it sadly did not work that way at national level. We could have stopped the BJP from winning by a huge margin if only we had better coordination.

Also read: Gold Medallist Turned Away from Convocation Ceremony for ‘Wearing Hijab’ at Pondicherry U

But the BJP also says people have not understood the CAA.

Would they be coming out to streets in large numbers if they have not really understood it?

Of course, there are leaders like Periyar and Gandhi who have done it, but it was because the leaders had their own charisma and could pull it off. But even such protests, I don’t think had lasted up till 90 days as Shaheen Bagh does today, or like other such protests all over India.

I also want to stress that this is not a Muslim struggle. They are protesting as Indians.

What do you think could be the agenda behind this?

It is trying to negate the linguistic and other forms of nationalism. It insists that people should not rally as Tamils or Kannadigas, but as Hindus. This defeats the idea of linguistic nationalism.

For the moment, they are allowing the caste differences to take a backseat and call upon people of all castes including the Dalits and Tribals to rally as Hindus. Some movements that had protested the caste oppression see this as a ‘recognition’ by the RSS and have joined hands with them. This kind of transformation is also taking place.

The RSS is actually killing more birds with a single stone.

But this kind of alignment will not put an end to caste.

It would rather perpetuate and strengthen it. Because Sanatana [Dharma] propagated by them is based on caste hierarchies. But for the moment, the RSS’s first priority is to construct a formidable idea of Hindu nationalism.

Hindus are the majority, and consequently this nation belongs to them. The state needs a religion, and it should be Hinduism – this is what the RSS wants to establish. The only hurdle they face in this process is the constitution. Obviously, they cannot overthrow the constitution in a day. It needs to be systematically diluted, rendered worthless.

They want to show the world that CAA was passed, and Constitution could do nothing about it. In doing so, they want to establish that the people had rejected the constitution.

They want to see this happen in next couple of years. They might still have couple of things to achieve – common civil code and a new constitution. Just that the time is not right now, so they are now dividing the society communally. This is not Indian nationalism that they want to build, the one we had during freedom struggle. They want to establish that Hindus are Indians.