There is No ‘Hindu Terrorism’. But There is Something Called Sangh Parivar Terrorism

Just as Osama hid in the impregnable mountains of Afghanistan, the likes of Pragya will hide behind the fig leaf of the democratic ‘will of the people’. 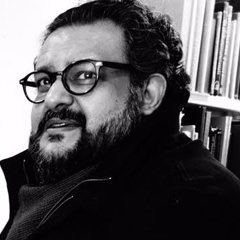 In this remarkably prescient article written in November 2008, Jyotirmaya Sharma analysed the BJP’s arguments in defence of Hindutva activists accused of committing acts of terrorism in Malegaon and on board the Lahore-bound Samjhauta Express. “The only difference between Osama and Sadhvi Pragya Singh Thakur,” he wrote, “is that the former is unlikely to contest an election in the future and become a member of an elected body.”

An amusing spectacle is unfolding on most news channels these days: the top leadership of the BJP strenuously arguing that it is wrong to speak about ‘Hindu’ terrorism. These are the same people who demolished the Babri mosque, coining the slogan,

(Say it with pride that we are Hindus). They are the same people who encourage and incite lumpens to attack M.F. Husain’s exhibitions in the name of preserving ‘Hindu’ culture. The same who glorified and justified the wilful killing of more than a thousand Muslims in a premeditated, planned and systematic fashion after the Godhra tragedy in the name of ‘Hindu’ pratishodh (reaction, retaliation).

Among them are also people who have invented the most hateful, diabolical and misleading formulation in recent times, arguing that ‘all Muslims may not be terrorists, but all terrorists are Muslims’.

Among these very people are individuals who have flouted every norm and tenet, every single article of faith of the Indian constitution in the name of preserving Hindu asmita (sense of self). Among them are also people who certify Jinnah’s secular credentials, but brand anyone talking about coexistence, civility and debate as pseudo-secularists.

The only difference between Osama and Pragya is that the former is unlikely to contest an election in the future and become a member of an elected body. In the case of Pragya Thakur, given the way in which criminal investigations are conducted, there is a strong possibility of her becoming a people’s representative, as she would only be following a ‘great’ tradition.

Just as Osama hid in the impregnable mountains of Afghanistan, the likes of Pragya will hide behind the fig leaf of the democratic ‘will of the people’. This is why very few people in the country speak about political, electoral and administrative reforms, and the Indian polity has been penetrated by criminal elements of both communal and secular hues. If a hundred people tell a lie and another hundred believe in it, it does not become the truth — this classical formulation has been conclusively reversed in our country.

The predicament of the Sangh parivar is akin to having a tub bath, where one only floats in one’s own dirt and filth. From the 19th century onwards, apologists of Hindu nationalism have sought to portray Hinduism as a unified, seamless and monochromatic faith. The mess that is Hindutva is a result of this ideological confusion and intellectual laziness. While it argued, on the one hand, that Hinduism was a tolerant, peaceful, inward-looking, all-embracing faith, there was a call, on the other hand, to all Hindus to regain their Kshatriyahood and resort to the virtues of biceps and the Bhagvad Gita.

Every proponent of Hindu nationalism encouraged and promoted the idea of retaliatory violence – be it Swami Vivekananda, Sri Aurobindo or V.D. Savarkar – in the name of preserving righteousness and a fictional unbroken, centuries-old Hindu tradition. All of them were ensnared by 19th century definitions of religion and attempted to mould their own faith, as they understood it, in ways that were alien to the diverse strands of ‘Hinduism’.

Without exception, all Hindu nationalists from the 19th century onwards argued that religion was the core of Hindu nationalism, and moreover, that it was the only core of nationalism. They further argued that if the former was true, then, nationalism was the only religion. It is this formulation that allowed the likes of Vajpayee and Advani to argue … that Hindutva stands for idealism whereas nationalism is their ideology, … in the belief that this linguistic and rhetorical contortion will go unnoticed, and it often does. It also manifests in contemporary times as Indian middle-class aspirations of envisioning India as an economic and military superpower. Very little time and energy are expended in discussing the constellation of values that will constitute the heart of this putative superpower. Like their 19th century predecessors, the Hindutva votaries are satisfied as long as they can vanquish their real and imagined enemies, at home and abroad, and impose their national socialist understanding of the idea of will to power.

No nation is either entirely tolerant or wholly wedded to violence. Any civilisation is a composite of the pure and the tainted, and from the struggle between the two emerge values that are sublime, civilised and truly human. This struggle is neither a given, nor is it a zero-sum game, and it impels human beings to make choices. Choosing peace, tolerance, civility and truth is not a sign of weakness as the apologists of violence and retribution will make people believe, but a way of sublimating the beast within us.

Buddha, Mahavir and Gandhi were not weak men. Why, then, are their spiritual children afraid to take this crucial leap? I posed this question to a Japanese writer, who also writes on questions of identity and nationalism. He paused for a moment and said: ‘They did not have the burden of contesting and winning elections.’