The Way Ahead for a Decimated SP-BSP in Uttar Pradesh

Both Akhilesh and Mayawati have to learn from their past political blunders, and should consider continuing their alliance till 2022, when the next assembly polls will be held. Winning and losing is a part of every election. But if the stakes are high, the defeat becomes difficult to comprehend. The 2019 Lok Sabha verdict in Uttar Pradesh has raised questions about the survival of its significant regional parties, the caste politics, the Muslim “vote bank” and various other permutations and combinations.

An old adage goes: Success has many fathers, failure is an orphan. This aptly sums up the status of the gathbandhan, the alliance partners –Samajwadi Party (SP), Bahujan Samaj Party (BSP) and Rashtriya Lok Dal (RLD) – in the state. SP has been routed with only five seats, RLD suffered a big jolt with zero seats. BSP may have increased its tally from zero to ten, but this too cannot be considered as a silver lining as the alliance was stitched primarily to defeat the BJP – and in particular, Narendra Modi – where they failed miserably.

The gathbandhan had everything – perfect caste combinations of OBC, Jats, Dalits and Muslims, individual stalwarts from these communities, leaders who hold sway over their core vote base, anti-incumbency against the BJP, resentment against the saffron party’s style of functioning and above all, a zeal for winning among the alliance leaders.

In some of the by-elections (Gorakhpur, Phulpur and Kairana), they actually won seats not too long ago. Still, the alliance failed to take off. The leaders, despite several joint public meetings, failed to infuse the voters and turn the tide in their favour.

Several reasons can be identified for their defeat. The results seem to have changed the political landscape of India’s most populous state. A state which has in the past been identified by caste politics.

The foremost reason appears to be the detachment of OBC and Dalits from their coterie. Till now, it was believed that they voted en block, but the post-poll surveys of the CSDS show that non-Yadav OBCs and the non-Jatav Dalits distanced themselves from the SP and the BSP, respectively. As many as 91% of Jats (who were traditional voters of RLD, and followers of Chaudhary Charan Singh) have left the legacy and preferred the BJP. This report further reveals that only 60% of the Yadavas voted for the mahagathbandhan. This should be even more worrisome for the two parties – RLD and SP. 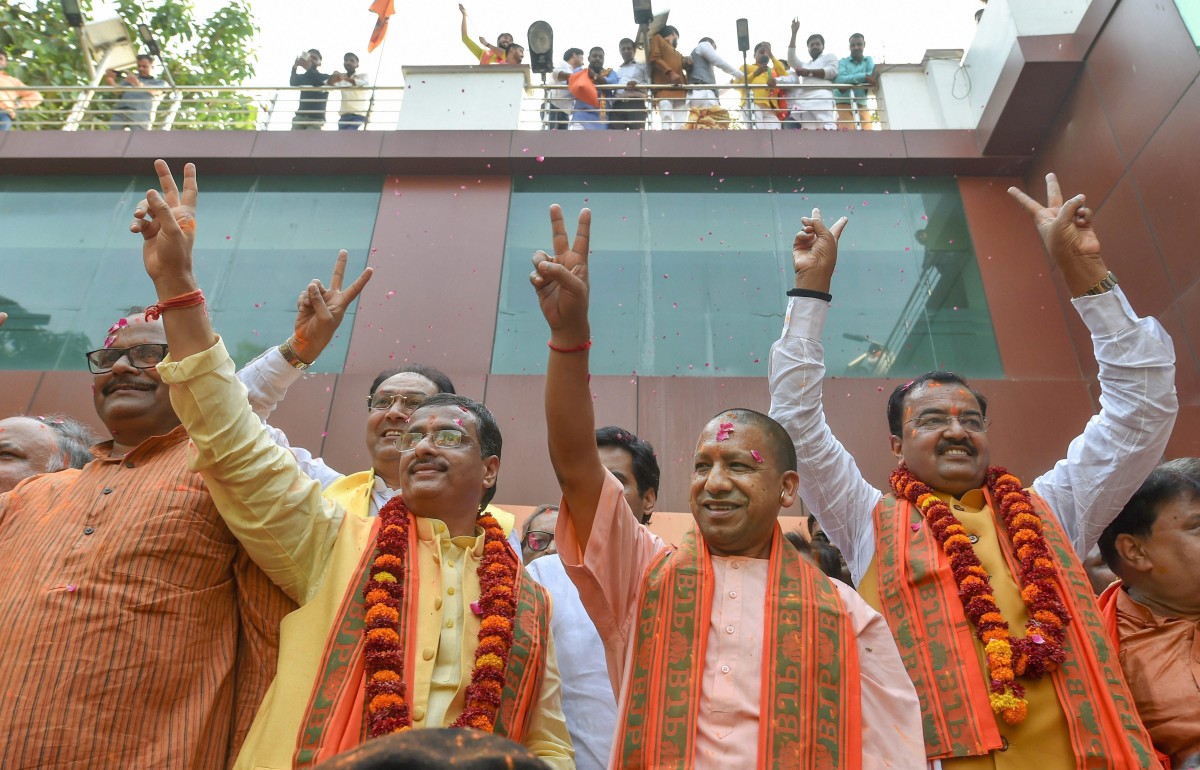 These reports further reveal that 75% of the Muslims, 75% of the Jatavs and 52% of the non-Jatav Dalits voted against the BJP/NDA. That was the only saving grace for the gathbandhan this election.

Such substantial support for the BJP was not achieved in a single day. For several years, the party has been slowly working towards it. The first attempt was made when Rajnath Singh was the UP chief minister in 2000. A social justice committee headed by Hukum Singh was formed to unravel the caste division in Uttar Pradesh.

After many deliberations, one separate section, Most Backward Class, was carved within the OBC. However, the matter could not be taken to its conclusion because a Yadav legislator took the matter to the judiciary.

The Adityanath-led BJP government again constituted a four-member social justice committee headed by Justice Raghvendra Kumar. The committee in its report identified a total of 79 castes as OBCs, they were divided into three categories – Backward Class, More Backward Class and Most Backward Class. The reservation quota was to be sub-divided amongst them. Though it has not been implemented as yet and the BJP’s then ally in state government Suheldev Bhartiya Samaj Party chief Om Prakash Rajbhar vetoed such three-layered stratification.

However, these exercises, at one level, seem to have had the desired effect in terms of the electoral outcome in favour of the BJP in UP. The OBCs were divided into Yadavs and non-Yadavs. The latter seem to have emerged as the strongest support base for the BJP.

Akhilesh Yadav also failed to aptly handle the situation. The other OBCs were grouping themselves effectively into political groups but he failed to read the writing on the wall. During the regime of Mulayam Singh Yadav, the Samajwadi Party always developed satraps among these castes like Beni Prasad Verma among Kurmis, Phoolan Devi in Nishads, etc. These leaders were promoted by the SP and eventually, they held sway over their community and owed allegiance towards the party. Lately, these and many other communities have developed their own political outfits like SBSP of Rajbhars, Apna Dal of Anupriya Patel, Nishad Party, etc.

The spectre of Muslim resurgence

Even during his regime (2012-17), Akhilesh failed miserably on the law and order front, as well as in handling the communal skirmishes. One of the worst riots (Muzaffarnagar in 2013) occurred during his tenure.

It changed the political topography of the western region. These incidents resulted in massive Hindu consolidation in favour of the BJP. The tempo was built slowly (through “everyday communalism,” as Sudha Pai and Sajjan Kumar put it) and soon the whole atmosphere was charged up. Akhilesh remained oblivious to the tectonic shift of the vote base. It even pushed many Yadavs towards the BJP.

Another kind of social churning was also going on simultaneously, one which the SP failed to anticipate. After Akhilesh assumed power, Muslim candidates began winning in large numbers – 67 MLAs in the 2012 Vidhan Sabha. Similar results were observed in local body polls.

Also read: Parting Ways With the BSP Is Good News for the Samajwadi Party

At some local bodies like Kithor in Meerut, and in the Rohilkhand regions, they were even in a majority. The tag of being pro-Muslim was heaped upon Akhilesh. This enhanced political representation of Muslims was dubbed as a spectre, an alarming rise of Muslims subjugating Hindus. Akhilesh sort of remained unaware of this alarm which was created. 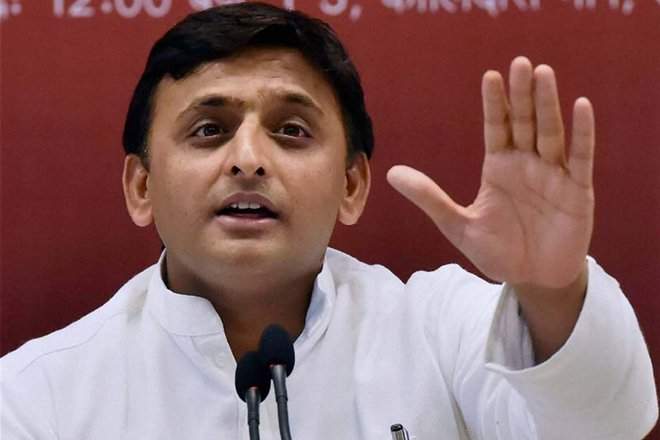 Organisational weakness of the SP

Akhilesh has been struggling since 2016 with a depleted organisational structure. The party was divided and several senior leaders were sidelined and left the party. A new word was coined for Akhilesh’s youth brigade – Jawani Qurban Gang, in which almost everyone was made MLC or given plum organisational posts.

Akhilesh also committed some political blunders during his career. The most crucial being entering into an alliance with the Congress in the 2017 assembly polls. The tag of fighting alone was lost. Akhilesh relied on the bureaucrats during his regime. “Akhilesh looked for loyalty among bureaucrats and work performance from the party workers, it should have rather been vice-versa,” a senior party functionary said. The SP leader functioned in an arbitrary manner. Party tickets were announced on social media instead of any parliamentary board meeting, unlike during Mulayam’s regime.

No election is final in a democracy and so no defeat is eternal. The road may have breakers but it is also not one that cannot be traversed. The present alliance of SP-BSP-RLD keeping the Congress at bay is the most socially effective alliance of UP. Though it may have lost in 2019, still the alliance has worked. Seats have been lost by a narrow margin. It should continue till 2022 when the next assembly polls will be held.

Akhilesh should again to hit the road. He will have to learn few tactics even from his father Mulayam Singh Yadav, who always hit the road when he was down. Now, Akhilesh has to lead from the front in every street protest. Attending to the party workers is of foremost importance. Reaching out to them through courtesy calls, randomly, may be a highly effective tool.

Also read: How BJP Held off the Mahagathbandhan in Uttar Pradesh

The Jawani Qurban Gang may be loyal to him but has to be kept backstage. The old guards have to be brought to the forefront. They need to be given some importance. At times, their decorative value also pays.

In elections, every booth and every vote counts. The Samajwadi Party is lacking on this front. Booth committees have to be revived. Party leaders and workers have to be entrusted with the task to be vigilant during the revision of the voter’s list.

Lastly, only Muslims and Jatavs have whole-heartedly stood by the SP-BSP alliance.

Efforts should be made to develop new leaders among Muslims. Similarly, Mayawati needs to reach out to the non-Jatavs, prop their leaders up in a substantive way, rather than in mere symbolic ways.

Faisal Fareed and Mohammad Sajjad are with the Aligarh Muslim University.