The UP Assembly Polls Are Almost Here – But Where Is BSP?

The party which wrote the book on the politics of social engineering in the state in 2007 reflects little of its former self now. 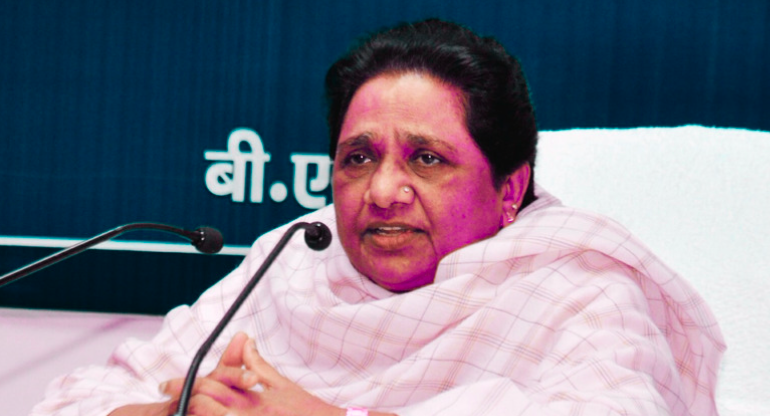 Lucknow: Even as the crucial assembly polls in Uttar Pradesh draw closer, no enthusiasm to contest seems to be coming from the Bahujan Samaj Party (BSP) corner. The party that wrote the book on social engineering in the state in 2007 appears completely absent from the 2022 election campaign.

A number of veteran leaders of the BSP have shifted loyalties to join other parties such the Samajwadi Party (SP), the Congress and the like. Moreover, party supremo Mayawati is rarely ever seen in public meetings now and seems only to be active on Twitter.

In an effort to reach out to the Brahmin community, which makes up 11% of state’s electorate, the party organised ‘Prabuddh Samaaj Goshthi’ meets targeted towards Brahmins. The phrase translates to ‘enlightened class conferences’. However, after a few such conferences, the enthusiasm tapered off.

The party, founded by Kanshi Ram in 1984, for the representation of the interests of Dalits, organised the first of these ‘Brahmin conferences’ in Ayodhya, where chants of “Jai Shri Ram” could be heard, in an effort to broaden the demographic they appeal to.

According to the party’s general secretary, Satish Chandra Mishra, if Brahmins joined hands with Dalits, who make up 22% of voters in the state, the BSP could easily sweep the election. 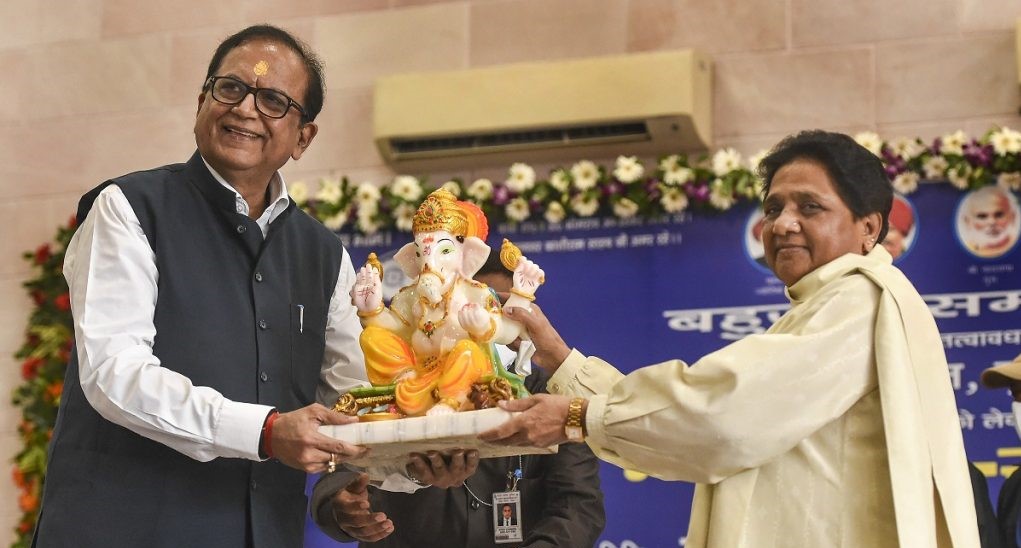 However, many believe that this “soft Hindutva” stance might prove costly to the BSP as it could result in the alienation of the Muslim community. The party has no ‘Muslim face’ per se to appeal to the masses.

Naseemuddin Siddiqui was once considered the party’s Muslim face, but he joined the Congress in February, 2018, a few months after his expulsion from the BSP.

Also read: Party Strengths, Possible Alliances: What’s in Store for the 2022 UP Elections?

Political analysts have opined that after Narendra Modi’s entry into national politics, the Brahmin community turned once again to its old shelter, the BJP. According to senior journalist and author Sharat Pradhan, “Mayawati upset the 20% Muslim population in the state to gain the votes of the 11% Brahmins.” Without Muslim support, forming the government in the state becomes an uphill task for the BSP.

M.H. Khan, a party spokesperson, attacked the opposing SP, telling The Wire that, “Scores of Muslims lost their lives and hundreds of them became homeless in the Muzaffarnagar riots during the Akhilesh Yadav regime in 2013.” Khan also said the BSP was the only party that protected the lives and dignity of Muslims during its rule. A camp for those displaced by the Muzaffarnagar riots. Photo: PTI/Files

The party believes that its core Dalit vote is secure and will not shift to its opponents. However, in an effort to further secure it, Mayawati organised a review meeting for 86 seats reserved for Scheduled Castes in Lucknow. The party chief asked the leaders of these reserved constituencies to form broader social alliances with the Other Backward Classes (OBC) and Muslim communities to ensure their victory in these seats.

Remember that the BSP won 63 of these reserved seats in 2007  while the BJP won only seven. This was the result of shrewd social engineering which brought Brahmins, non-Yadav OBCs and Muslims into the Dalit party’s fold.

In 2017, the political situation had changed, and the BJP bagged 67 reserved seats while the BSP won only two.

Political experts have suggested that the cause of the BSP’s changed fortunes was the expulsion of many veteran leaders as well as the resignations for some heavyweights from the party.

The leaders who jumped ship from the BSP to the SP include Inderjeet Saroj, Tribhvan Dutt, Mithailal Bharti, R.S. Kushwaha, party leader in the assembly Lalji Verma and UP party president Ram Achal Rajbhar.

Rebel BSP MLA Aslam Raini told The Wire over the phone that the BSP was a sinking ship and that “Mayawati handed over the reins of her party to Satish Chandra Mishra, who is destroying the Bahujan movement.”

Another ex-BSP leader, Pradeep Singh, who has since joined the Akhilesh Yadav camp, said Mayawati never met the party’s leaders. “Without meeting with the party chief, how could I work for the party?” Singh asked.

Senior journalist Ramdutt Tripathi observed that Mayawati’s inactivity and reluctance caused a mass exodus among her leaders. “Mayawati is avoiding playing the role of a strong opposition leader under pressure as the central agencies have been probing her for many years,” Tripathi said.

Dalit rights activists, however, now see the BSP as a non-serious contestant. This time, the Dalit community has no choice but to support Akhilesh Yadav in his bid to depose the saffron party. However, another option is fast emerging: Chandra Shekhar Aazad’s Azad Samaj Party, Tripathi said.

However, some political analysts have opined that Priyanka Gandhi Vadra’s political presence of late has paid dividends for the Congress in the form of Dalit votes. Analyst Mudit Mathur believes that some BSP votes may be transferred to the Congress in the 2022 election as a result of the party’s strong opposition to the Adityanath government during the Hathras incident. However, party leader Surhindra Bhadoria believes that the ‘sarvajan hitai, sarvajan sukhai’ (the good and development of all) is what attracts voters to BSP. Talking to The Wire over the phone, Bhadoria discussed Mayawati’s absence from the election campaign. “Our leader is busy finalising the tickets. She can start rallies and public meetings once the election is announced,” he said.

On the question of the exodus of party leaders, Bhadoria said that the BSP has only one leader, Mayawati, and that it believes more in its cadre and booth teams than in individual faces.