After three VIP MLAs defected to the BJP, Nitish Kumar ousted Sahani from his cabinet. But he hasn't given up. His political trajectory throws some light on how the BJP used him. 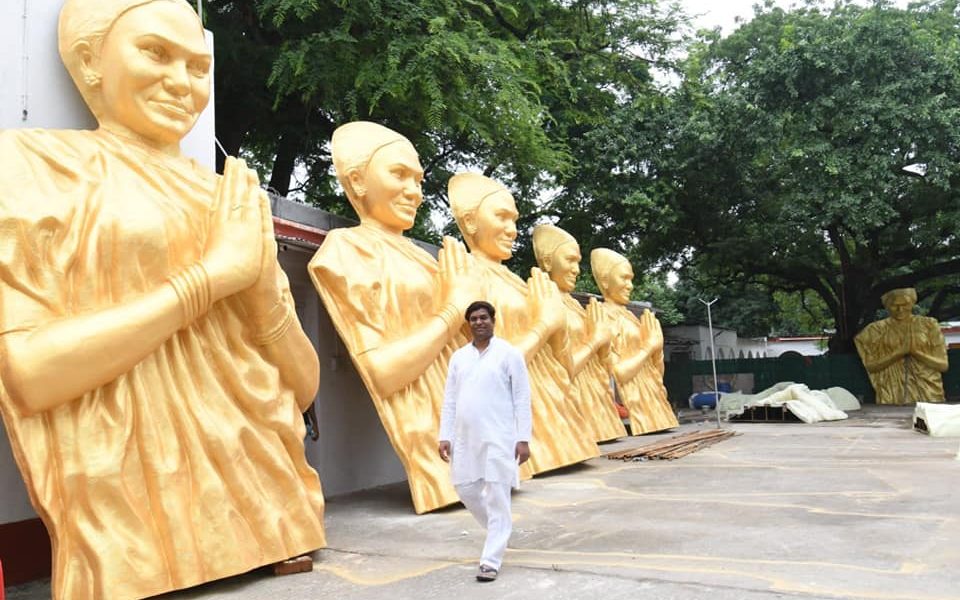 New Delhi: The immediate reason why Bihar chief minister Nitish Kumar removed state cabinet minister and Vikassheel Insaan Party (VIP) head Mukesh Sahani appears to be his critical remarks against Prime Minister Narendra Modi and Union home minister Amit Shah. However, a closer look at the developments leading up to his sacking reveals much more than what one can currently make out.

Sahani’s dismissal from the state cabinet came days after three of the VIP’s MLAs defected to the Bharatiya Janata Party (BJP). All three MLAs – Raju Kumar Singh (Sahebganj), Misri Lal Yadav (Alinagar) and Swarna Singh (Gaura Bouram) – were earlier with the BJP, and have only gone back to their parent party. But their merger with the BJP is a political blow to the VIP.

It is not for the first time that the BJP has undercut its ally’s independence. Starting from Om Prakash Rajbhar’s Suheldev Bharatiya Samaj Party (SBSP) in Uttar Pradesh to several such allies in the North East, the saffron party has grown infamous for attempting to chew into its electoral partners’ core support.

BJP’s iron-handed attitude has caused smaller allies to either walk out of the National Democratic Alliance or mount micro-rebellion in the past. The way SBSP walked out of the NDA or the last-minute exodus of OBC leaders like Swami Prasad Maurya from the BJP in the run-up to the Uttar Pradesh assembly polls are the most recent examples of discomfort of NDA’s constituents against the saffron party. 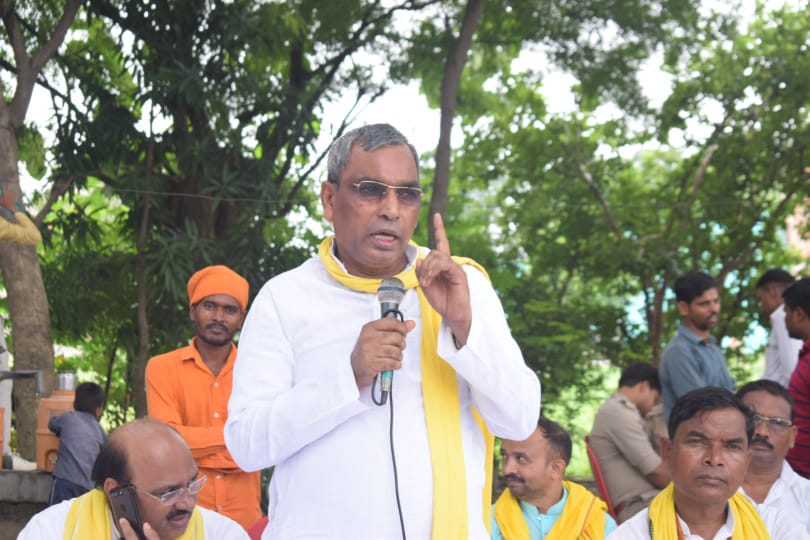 Sahani’s political trajectory throws some light on how the BJP used him. In the run-up to the 2017 assembly polls in Uttar Pradesh, the BJP threw its weight behind Bihar-born Sahani to counter the growing influence of Sanjay Nishad, the Nishad Party supremo in the state.

Nishad was an emerging leader of the influential Nishad community, comprising those who depend on oceans, rivers and ponds for their livelihood. At that time, he headed the Nishad Ekta Parishad.

“Sensing his popularity, the BJP fielded Mukesh Sahani as an independent Nishad leader. He was given a helicopter to campaign on the issue of reservation. In the 2017 poll campaign, the BJP is also said to have sponsored the extensive Nishad Rath Yatra led by Sahani,” said Gorakhpur-based senior journalist, Manoj Kumar Singh, who has been tracking Nishad politics since its inception in the last decade.

Faced with such a mounting competition, Sanjay Nishad soon joined hands with Sahani in the pretext of inaugurating Nishad icon Phoolan Devi’s statue near Gorakhpur during the then Akhilesh Yadav-led Samajwadi party state government.

“It was a shrewd move from Sanjay Nishad. The inauguration ceremony turned out to be the biggest rally of Nishad Party where Sanjay Nishad pumped all his energy to make it a success. The rally became the event where Nishad was accepted as the indisputable leader of UP’s Nishads, despite Sahani’s presence in the dais,” said Singh. 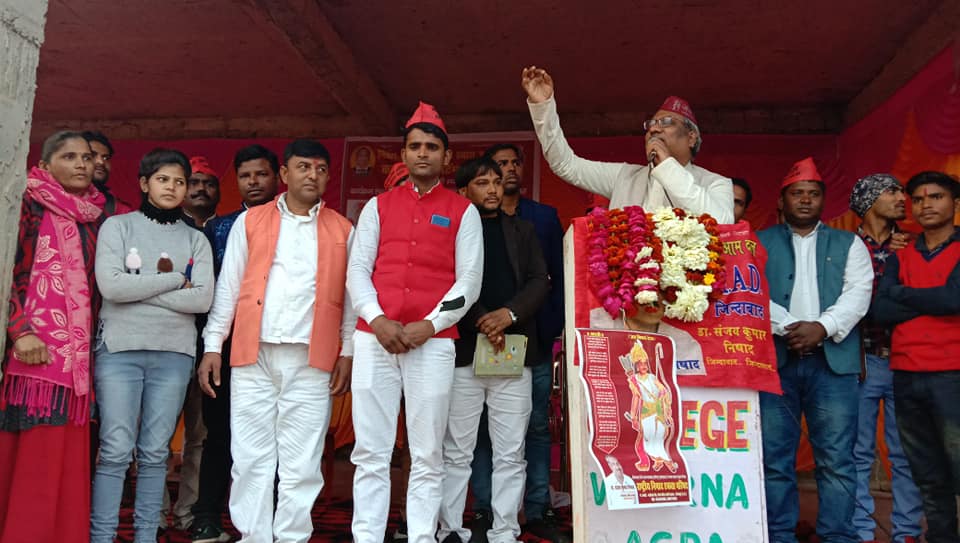 The rally effectively ousted Sahani from UP, following which he set his eyes in his home state Bihar. He formed his party VIP in 2018 with great fanfare by spending crores in advertisements. He gave himself the title of “Son of Mallah”, placing himself as the sole leader of the Mallah (boatmen) community.

The Mallah or Kevat community forms around 4.5% of the state’s 30% extremely backward classes (EBC) population. The community is particularly influential in the Mithila and Tirhut regions, comprising Darbhanga, Muzaffarpur, and Madhubani.

After flirting with the Rashtriya Janata Dal (RJD) for months, Sahani walked out of the RJD-Congress alliance dramatically at a joint press conference in the run-up to the 2020 Bihar assembly polls. Sahani said the RJD and VIP could not reach a consensus on seat-sharing, and immediately knocked on the doors of BJP, which gave the VIP 11 seats to contest. The VIP won four but Sahani himself lost.

BJP kept its promise of appointing Sahani as a minister in the cabinet but with a sword dangling over his neck. He was made a member of the legislative council on a seat that had its tenure ending in July 2022. By not giving him a full-term membership, the BJP ensured that Sahani remained at its mercy.

Since then, Sahani has been attempting to overcome the humiliation he faced. He tried to first assert his supremacy in the ministry by unilaterally streamlining the fishery departments, which neither the BJP nor chief minister Nitish Kumar welcomed.

In fact, before he was sacked, BJP’s Bihar chief Sanjay Jaiswal accused him of betraying the fishermen and the department, and demanded a probe against him. He said that by altering the structure of Prakhand Matsyajivi Sahyog Samiti, a fishermen cooperative, Sahani allegedly gave more powers to bureaucrats, and undercut the role of fishermen who steered the society.

Sahani also tried to settle scores with both the BJP and the Nishad Party, which has been an NDA constituent since 2019. In the run-up to the recently concluded UP assembly polls, Sahani announced that VIP will contest around 160 Nishad-dominated assembly seats. Eventually, he could field only 52 candidates, as nomination papers of other candidates were rejected on technical grounds.

He attempted to undermine Sanjay Nishad by fielding candidates from the Nishad community in seats where the Nishad Party had given tickets to “upper” caste candidates. Sahani publicly criticised Sanjay Nishad as “running a shop instead of a party” in an apparent dig at his choice to field non-Nishad candidates.

At the same time, he lashed out at the BJP leadership for forgetting the issue of Nishad reservation after it came to power. He alleged that while the BJP won because of the support from Nishads, it had failed to fulfill any of the promises made to the community.

Given how the BJP has sidelined its allies in the recent past, Sahani had to face a backlash. The BJP hit back at him by deciding to field its own candidate in Bochaha assembly seat, where a bypoll was necessitated by the death of VIP’s MLA Musafir Paswan. Meanwhile, Paswan’s son Amar, who Sahani had decided to field on a VIP ticket, switched over to the RJD, leaving the “Son of Mallah” high and dry.

Also read: Debate: Bihar Is No UP, but Not the Epitome of Communal Harmony Either

Sahani now faces the biggest crisis of his political career. He said he would not bow down to the BJP even after all his party MLAs joined it.

The larger premise of Sahani’s ouster from the NDA, however, is a fairly well-known tale. As the biggest Mandal parties in UP and Bihar gradually came to be dominated by influential Yadavs, leaders from other OBC groups began to form their own outfits. These parties established themselves as independent and critical forces, while representing the interests of one or other OBC group in the last decade. However, they have mostly used their political weight to bargain with bigger poles to secure tickets during elections.

These alliances with one of the big poles is more a quid pro quo arrangement than an ideological pre-poll coalition. The smaller parties hope to have some representation in the state assemblies with the support of bigger parties, while helping them to work out a favourable social coalition ahead of elections.

However, the BJP has shown that the moment these parties attempt to expand their presence or assert their ideological independence that helped develop political consciousness among unrepresented backward groups in the first place, they would face the risk of being obliterated.

Patna-based senior journalist Nalin Verma said, “Mukesh Sahani is a victim of the larger game that the BJP plays in the Hindi heartland. The saffron party uses unrepresented or underrepresented social groups and their leaders to gain a decisive advantage in elections. But once in power, it uses its various welfare doles to make inroads into these communities, mostly belonging to OBCs, EBCs, or Dalit groups. In the process, it breaks the clout that leaders of smaller caste parties held over their respective communities.”

Given such a political arrangement, it remains to be seen whether smaller allies keep surrendering to BJP’s money and muscle pull in the future or move forward with their ideological principles intact.