The Prime Minister as Pracharak

In spite of his so-called popularity, Modi has never been the Prime Minister of India. And now, he is not even pretending to be one. 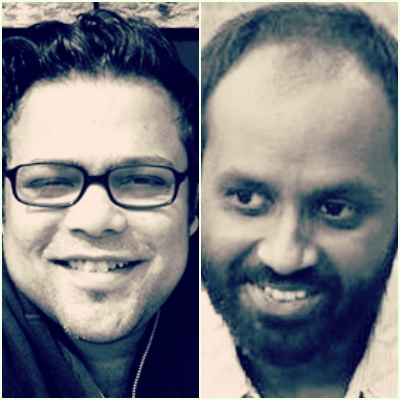 A senior functionary of Boston Consulting Group India, Janmejaya Sinha, wrote a piece in the Indian Express last month extolling the virtues of Narendra Modi as a political leader. He has wallowed in Modi’s capacity to lead, to take strong decisions and to instil confidence in the citizenry.

For example, Sinha talks positively about demonetisation without perhaps knowing that not only was more than 99% of the demonetised currency returned to the RBI but that more than 5 million men lost their jobs due to it. The situation is even more dire among women. Therefore, while he is entitled to his personal opinions, extrapolating his casual conversations with city taxi drivers in India to paint a national picture of progress is misleading and dangerous.

In Thomas Mann’s prophetic novella, Mario and the Magician (1929), the trickster Cipolla – who holds his audience spellbound through a series of gimmicks – eventually starts using his whip and tongue to bully his audience. As the night progresses, his audience finds itself performing increasingly demeaning acts on each other, having surrendered to Cipolla’s technique of will-control.

When it comes to the question of popularity, we are witnessing something very similar in India. But to arrive at what we see now, we must go back five years to the rise to national prominence of Modi. He had attracted global wrath for his role in the Gujarat riots 12 years earlier; but millions of rupees were pumped in to erase this memory. He marketed himself as the sole deliverer of ‘good governance’ and efficient policy-making. The middle-class readily accepted the torrent of chest-thumping promises he made.  A political vacuum, corruption in high office and general discontent with the culture of entitlement did the rest. Younger voters –high on aspiration, low on memory, and fed on a promise of ready-fix economic solutions – embraced the idea of a nation that was to be led more by evangelism and muscle than dialogue and empathy. The stage was set for a despot.

This process was not unique to either Modi or the BJP. Right-wing political parties thrive on the ‘supreme leader’ syndrome. In India, something similar was tested during the Emergency. The difference with previous cases is the amount of money that has been involved in this giant exercise, and the use and abuse of social media and paid trolls to push the leader’s ‘feats’. This is where the support of a pliant media also came in handy. This is where it began. In fact, one cannot talk about the so-called ‘popularity’ of Modi without taking into account how it has germinated. Tomorrow, the same tools can and will be deployed to help Yogi Adityanath or Pragya Singh attain a high degree of populist acceptance.

What in 2014 was a swaggering act of political rehabilitation has now assumed a shape so grotesque that it has triggered a Constitutional crisis. Let us look at the obvious first. Part of Modi’s self-fashioning in office is to have pandered to three ideas: as a ‘globetrotting’ leader of a ‘new’ India cult; as a deliverer of invasive economic policy; and as a ‘protector’ of the nation. The good and bad of these ideas aside, what is undeniable is that by embodying these roles, Modi has usurped three sound national institutions: diplomatic affairs and its bureaucracy; economic policymaking and its architecture; the armed forces and national security.

Moreover, the cult that Modi’s managers have managed to feed over the last five years has become a grand liability on the national exchequer. It is no wonder that the sweeping failures of the government in every department – economy, education, welfare, health, internal governance, geopolitics, employment, protection of minorities, of women, forest land and Dalit rights – have consistently been deflated or denied in order to sustain this giant personality cult.

Also read: The King Who Loved Himself

But beyond the obvious lies the real danger. In 2019, the earlier masquerade of development, corruption-free governance and speedy delivery has been ripped away to feed, nourish and clothe a cult that spews venom from the podium of political mobilization. Modi is making no bones about good governance anymore. The idea of development is dead and buried and he himself has turned into a habitual liar.

BJP supremos have not just fabricated every possible statistic but have also crafted a narrative to piggy-back their fake data on to. Similarly, Modi is not even claiming any attention to his record in office, but is peddling the death of jawans in the line of duty. And he has not a word to utter about employment, equality and social justice. This is in addition to a plethora of propagandist paraphernalia on television, theatres, cups, t-shirts, food packets. Needless to add, he is selflessly aided in all of this by BJP president Amit Shah, who has no statutory position but promotes a political agenda – like the extension of the Assam-specific, court-ordered National Register of Citizens to the rest of India – based on the targeting of anyone who is not a Hindu.

It is remarkable that Modi has not given a single press conference during his tenure. No one has ever heard journalists put probing questions to him on his track record as prime minister in an interview. All he has brought the table by way of public communication is a disgust for political adversaries, a measured silence towards the marginalised and the unemployed, a morbid mockery for intellectualism; and a neurotic self-love that summons the most violent hatred against those who don’t share this love. In other words, Modi now resembles Cipolla – confident in his will-controlling abilities, cocksure of his regressive appeal as a leader of ‘Hindu’ India. His core ‘votaries’, like the magician’s willing supplicants, continue to subject themselves to the most undignified, sometimes naive but ever more horrid acts of self-denial.

The fact is that Modi’s primary calling is that of an RSS pracharak. In spite of his so-called popularity, he has never been the Prime Minister of India. And now, he is not even pretending to be one. He threatens to subsume the country – both as a constitutional and a territorial idea – into the body and form of his own person and bigotry, liquidating time-tested institutions, policies, processes. If he returns, we might be staring at an India not only fractured along identity lines and bankrupted both federally and democratically, but also Balkanised territorially. What can be a more anti-national prospect? What can be a bigger threat to national security?